In just two short years, Zyla’s has cultivated a warm and fuzzy community on James Street North. The bar is part restaurant and part live music venue, with the comfort level of being in your own home. It’s got that Cheers “where everybody knows your name” vibe. You can see the inviting and intimate interior as you walk by and peek into their large window next to neighbours Jack & Lois: six tables for dining, open stage by an exposed brick wall, and a bar.

Owners Nick Zyla and Cat Coppolino put so much care into this hub, which is beloved by a loyal following.

“We opened in the dead of winter. It was a snowy day, it was icy outside, we had no advertising and the menu was bare bones. And we were like, ‘We’re just going to do this, because we have to,’” remembers Cat. 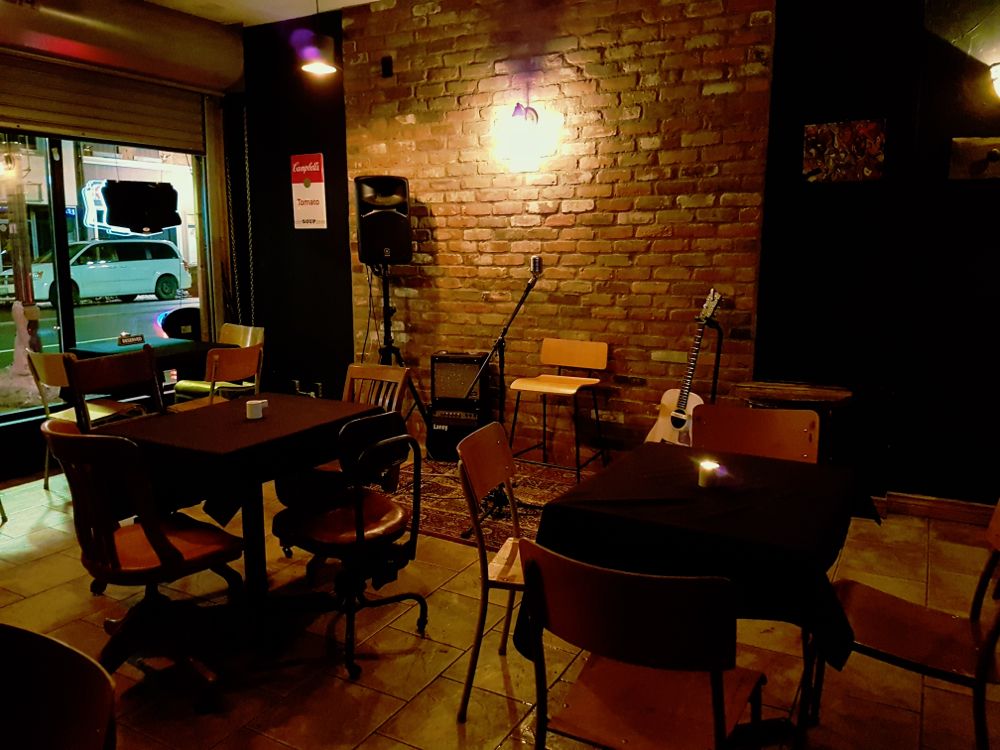 The way the pair came together is a sweet, serendipitous story. Nick (originally from Edmonton) placed an ad in Kijiji. Cat (who grew up in Hamilton) had been working at a fine dining place in Burlington, and wasn’t happy with her job. Still being a student at the time, Cat came across an ad for Zyla’s, an up-and-coming spot, while searching for a part-time gig. Cat had the goal of one day running her own restaurant, and figured this position would be a chance to gain valuable experience.

Having communicated only by email, Nick signed off as “Zyla” or “Z,” which led Cat to believe she was talking to a woman. Walking into Zyla’s for the first time for her interview, Cat immediately assumed she was in the wrong place when she saw Nick sitting with his Macbook in the dimly lit bar. But after settling in, the interview was a success, and Cat was onboard. 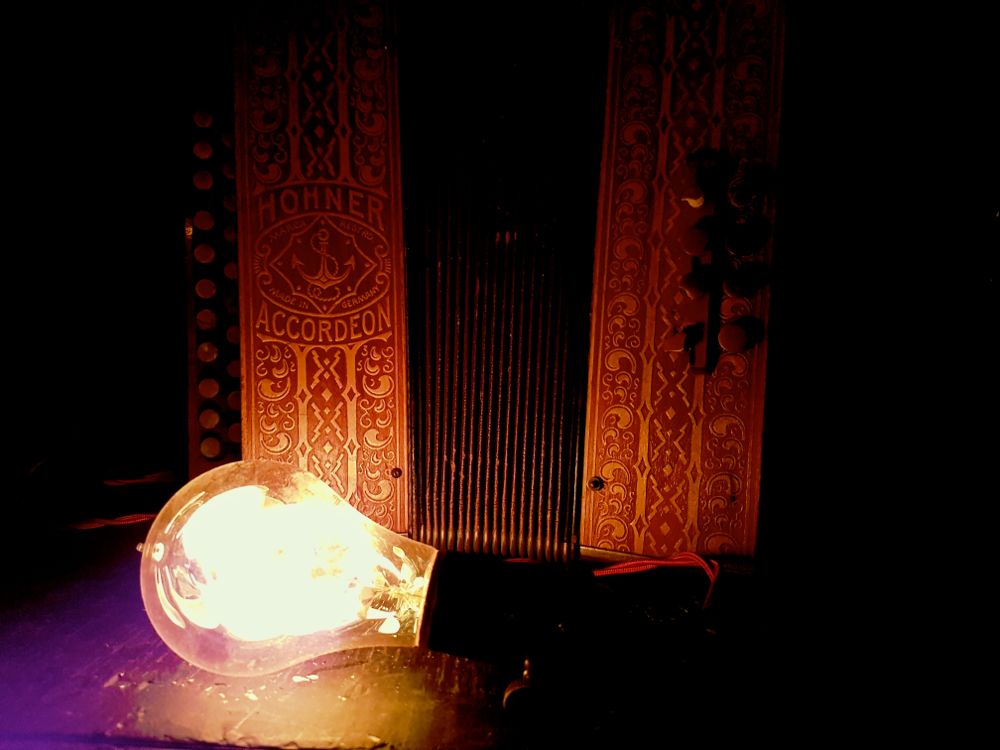 From there it was full steam ahead – the pair got to know each other better and bonded as they worked on setting up the bar and working out what they wanted to create. “And then, I guess, through the magic of Kijiji, and the ways of life, we eventually ended up together,” says Cat. “A lot of people think we’ve been together for a lot longer than we have because they see how we are as a bar.”

Cat’s dream of one day running her own kitchen was realized a lot faster than she anticipated. “It’s still weird for me to have my own kitchen, because I am still pretty young to be running a kitchen like that,” Cat reflects. “I’m so used to still being an employee, so everything you do, it’s like you’ve got to be the best for your boss, you have to be the best for somebody else.” When Cat is met with compliments from customers, it’s almost hard for her to process. “It’s awesome to know people appreciate what we do.” 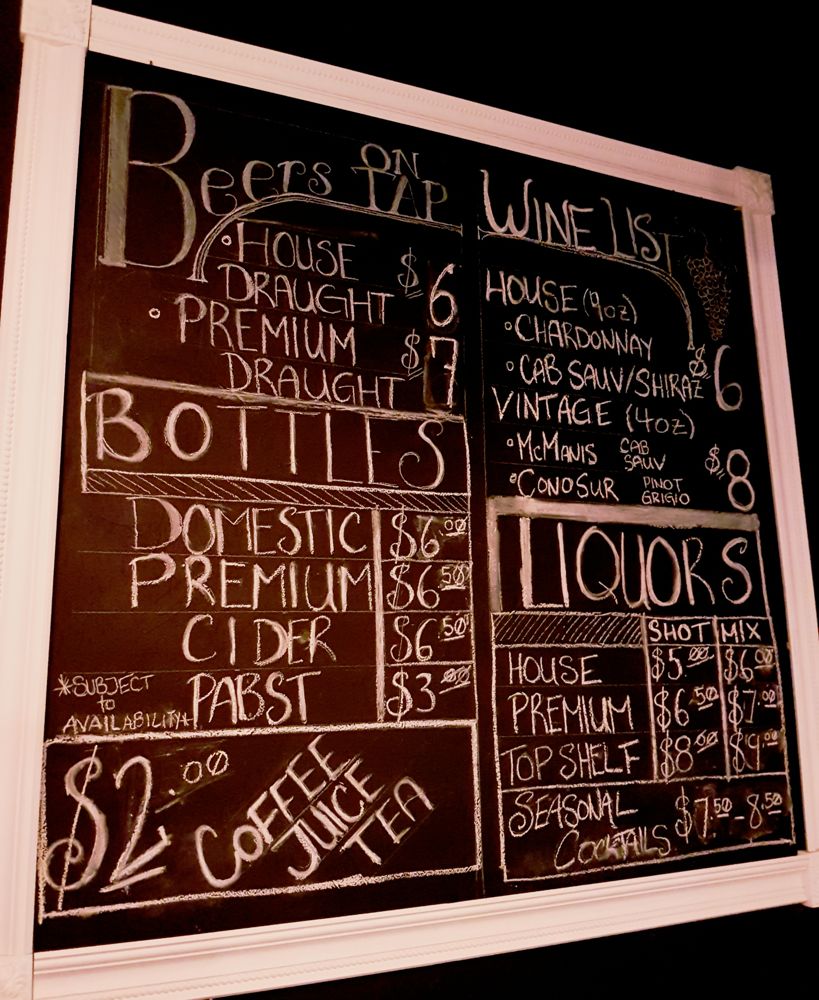 Zyla’s menu is expansive. It’s incredibly impressive that Cat is on her own back there, creating an eclectic mix: charcuterie boards, flatbread pizzas, sandwiches, soups and salads, pastas (on the current Fall/Winter menu: Fettucine with Goat Cheese Cream Sauce & Cajun Chicken, Gnocchi with Pumpkin Cream Sauce, Parpadelle with Beef Ragu) and more entrées and desserts. Plus fun cocktails, wine and beer. Cat is also more than happy to accommodate various dietary restrictions – any allergies or if you’re vegetarian, vegan, gluten free, etc. Most importantly, everything is very affordable, which is refreshing.

The other main component of Zyla’s is, of course, the music. Losing Homegrown Hamilton and Baltimore House at a rapid pace was a huge blow to Hamilton’s music scene. Their tight knit open mic communities were so special. Zyla’s picks up that authentic, community spirit that is so needed. (And $3 bottles of PBR! More of this, please.)

Many artists, performers, and colourful characters come through Zyla’s doors on any given night. “Since it’s so small, we get to talk to people in depth and learn about their lives, their stories. That becomes part of the bar,” says Cat. Musical genres span from jazz ensembles to singer songwriters, even comedy nights like Hub of the Hammer’s monthly First Timers Club – a supportive place for people to try stand-up.

“We call it our living room, and we treat it like it’s basically a house party every day, with Nick behind the bar picking the tunes, pouring the booze, and I feed everybody. Run around like a mom,” says Cat. Nick chimes in: “Last night a certain somebody came in pretty sad, and then you went up on the microphone and sang for her to cheer her up, so you’re not only in the back, you’re performing for people in the front!”

“I sang ‘I Believe In A Thing Called Love’ by The Darkness; it’s my favourite karaoke song,” Cat ventures, “but only if they’re extremely sad, or it’s my mom’s birthday,” she adds with a laugh.

Quotes are taken from my conversation with Cat and Nick on 93.3 CFMU. 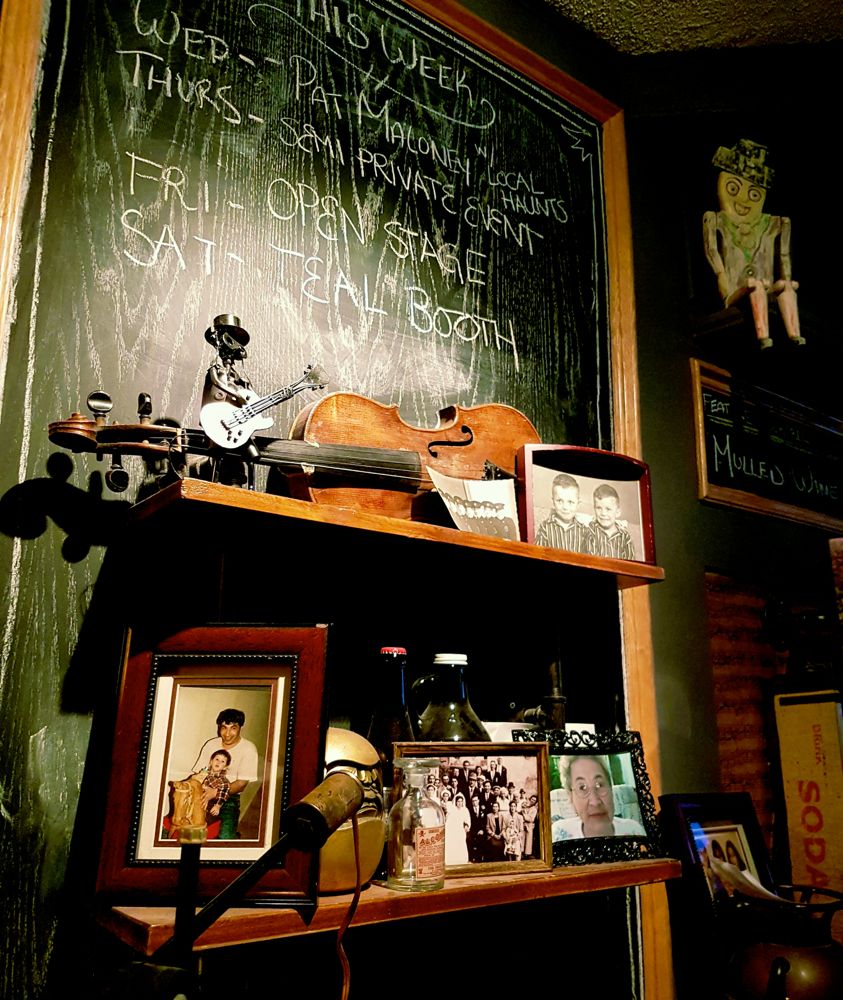