Zula Presents – SOMETHING ELSE Festival

I invite you to participate in a visceral musical experience. This weekend, Zula Music and Arts Collective (aka Zula Presents) its fourth annual SOMETHING ELSE Festival of Creative Music. If you consider yourself a music lover of any kind and have not yet heard of this festival, then pay close attention.

Zula Presents is a concert series project originated in 2000 by Cem [Jem] Zafir and his desire to bring a variety of unique high calibre musical acts to his locale (at the time) in Vancouver and the Gulf Islands of the south coastal regions of British Columbia. There he organized one-off shows for the better portion of a decade before eventually setting roots in Hamilton in 2012. In 2014, he began the SOMETHING ELSE festival and series in his new hometown.

This year the festival is spanning the course of four days (June 16-19) and three different venues in the downtown area (Workers Arts & Heritage Centre, Gallery on the Bay, and This Ain’t Hollywood) with a large roster of heavy hitters in the modern jazz world. Artists are flying in from Tokyo, Amsterdam, Berlin, Cologne, Chicago, Montreal and New York to perform (plus local Hamilton acts like Earth Wind and Choir & Eschaton Governor Award nominee writer/musician Gary Barwin). 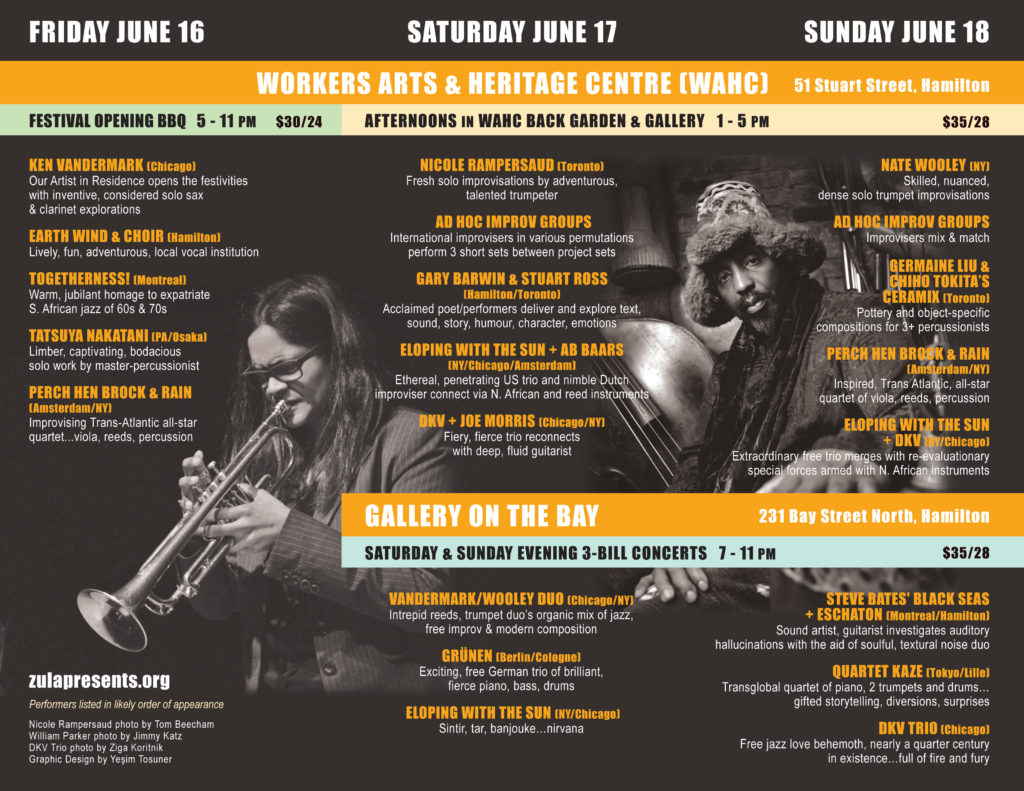 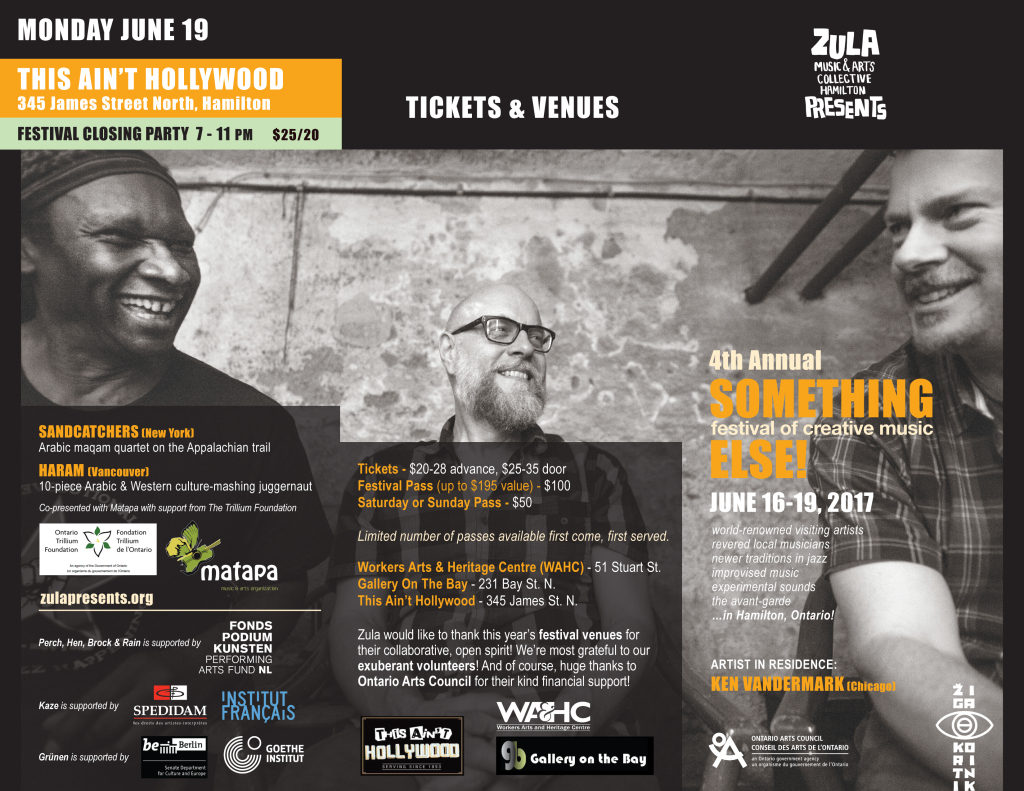 When asked what genre of music the festival falls under Zafir described it loosely as “creative music”. Perhaps music that cannot and does not exist between the realms of strict parameters. He toiled with genres such as free jazz, avant garde, and experimental music before Zafir more comfortably settling with the term “newer traditions in jazz”. In any case, whatever genre it may be, this weekend will offer the rarest of rare chances to see never seen before collaborations between creative geniuses (that for some) have been playing together for nearly a quarter century or more.

Truly a rare opportunity to catch this caliber of musical creatives together, here, in one city.

Bring the kids! The events are licensed, yet family friendly. With authentic tacos, food and snacks provided by a true Hamilton gem – La Bodeguita (441 King Street East), as well as, Super Sausage and others.

Zula Presents:
SOMETHING ELSE Festival
Friday June 16 – Monday June 19
Various Locations Downtown Hamilton
Tickets available at the door or in advance (via the website)
Website | Facebook