Year in Review — The Inlet’s Most Read Articles of 2019

Since we launched The Inlet in 2017, one of our goals has been to introduce Hamiltonians (and visitors) to some of the city’s best kept secrets — The places and people you’re probably not reading about in the city’s mainstream media.

In 2019, we explored the city and reported back to you, writing about arts and culture, food and drink, civic issues, and much more. The articles you really liked, based on our metrics, were about food. We get it! Who doesn’t love a good food recommendation?

San Remo is a mom and pop restaurant, if ever there was one. Located in Stoney Creek right next door to the historic Battlefield House Museum & Park, San Remo has some history of their own. Husband and wife team Chef Roberto Silvestri and Vincenza Silvestri are your hosts (and owners) at San Remo Rustico Ristorante. When dining at San Remo, you will truly feel like you are dining in the comfort of their home. In fact, the whole experience is a bit like heading over to someone’s house for dinner, if that person is an A+ chef! Read the article here. 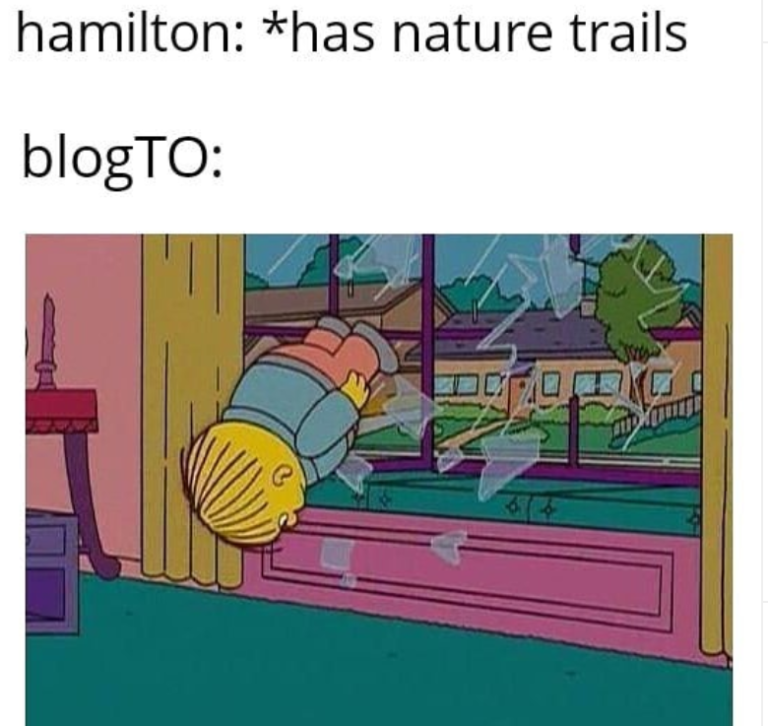 There are all kinds of people that make up a society. We all have our interests and niche communities and points of view. Sometimes things can come along that can unite us – very often that happens through comedy or sports or music – or any of the arts, really. Today we are talking about an Instagram account that snuck quietly into our minds and hearts with its astute and pointed look at some of Hamilton’s most laughable and meme-able scenarios. Thehammermemer entered our Insta-lives and things haven’t been the same since. Read the article here. 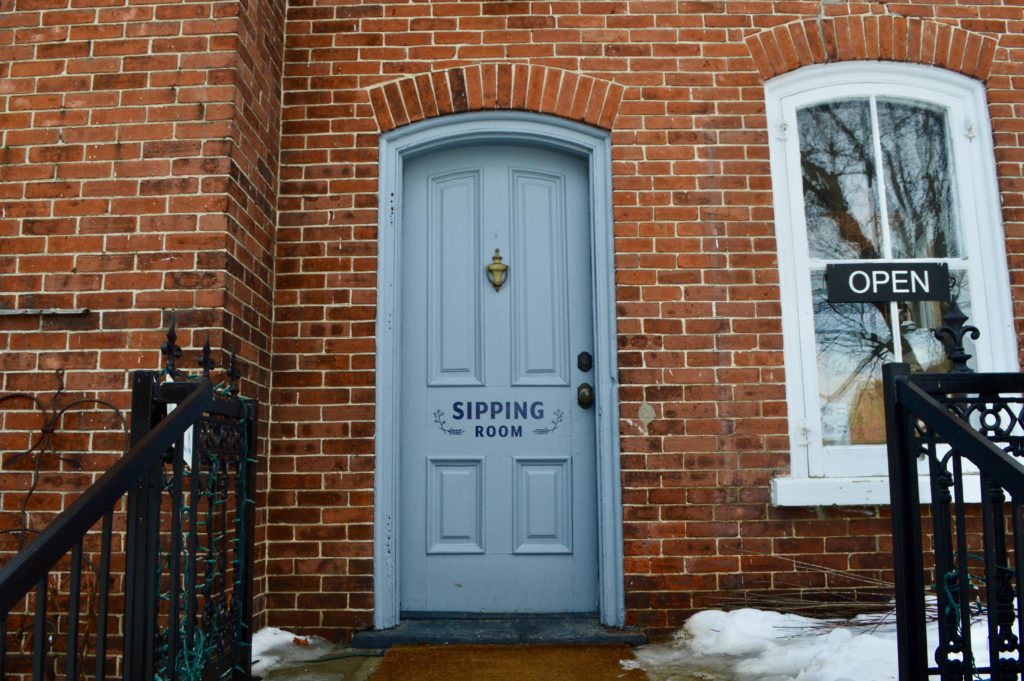 Known for nearly 800 kilometres of shoreline and half a dozen picturesque small towns, Prince Edward County swells with tourists and cottagers every summer. However, the county’s charm doesn’t disappear along with the hot weather, especially if you’re looking to warm up with the help of local beers and spirits. In fact, with AirBNBs at a discounted rate and crowds at a minimum, winter is the perfect time to take a road trip a few hours down the 401. Read the article here.

After the closure of Locke Street Bagels, Hamilton was feeling a void that only a delicious doughy morsel could fill. Apart from the chain restaurants, there wasn’t really anywhere to get a New York… Montreal… anything-style handmade bagel! 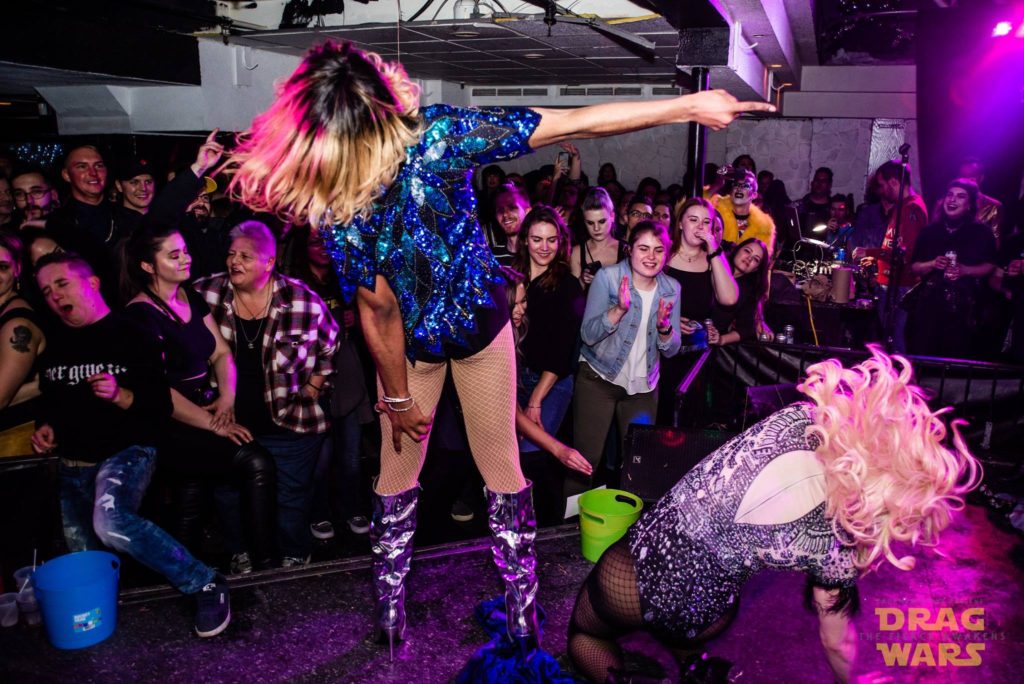 When you receive an event invitation from #AdamandSteve, you know it’s game on. Party planners by nature, Adam Palios and Steven Hilliard’s get togethers in their Corktown neighbourhood home became known as the place to be among their friends. “We love the idea of being able to come together with friends, have a drink or two and celebrate, not celebrate anything in particular, but just celebrating being alive and having fun,” describes Adam. It was a logical step for the couple to branch out and bring their signature shindigs to venues in Hamilton. Read the article here. 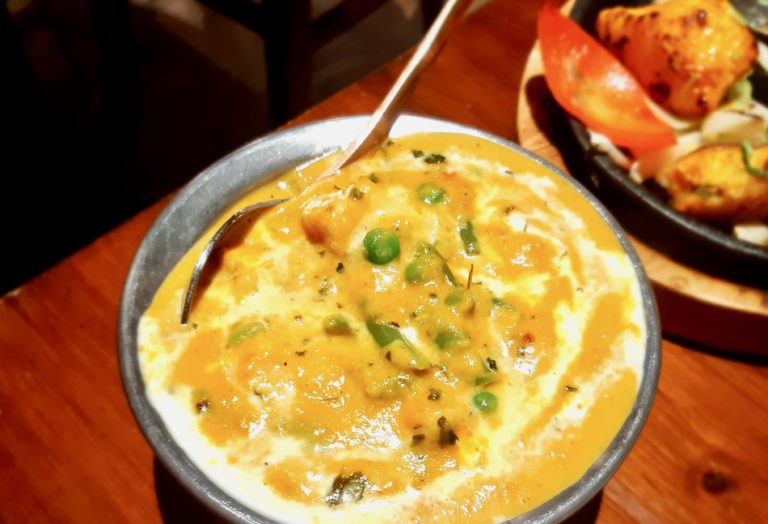 Stroll too quickly along King William and you’ll miss Sagarmatha Curry Palace, an authentic Indian and Nepalese eatery that’s difficult to spot among the street’s trendy restaurants. Located beneath the former Baltimore House, Sagarmatha was once a hub for cheap eats before a show or DJ night. More recently, it’s earned a reputation for serving up some of the city’s best food. Read the article here. 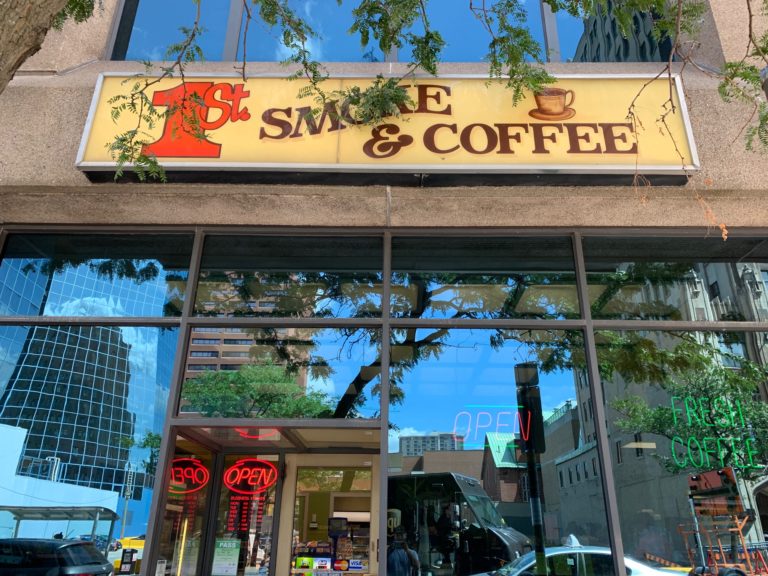 If you haven’t already noticed, both P.A.M’s Coffee & Tea Co. locations have closed inside Jackson Square. A sad loss for those who want a simple cup of coffee and a treat. It was a place I’d always visit before going to the library, wandering the mall, or if I was just cutting through. Although it seems trivial, I embarked on a journey to find a new spot to frequent for that same cup of coffee. Read the article here. 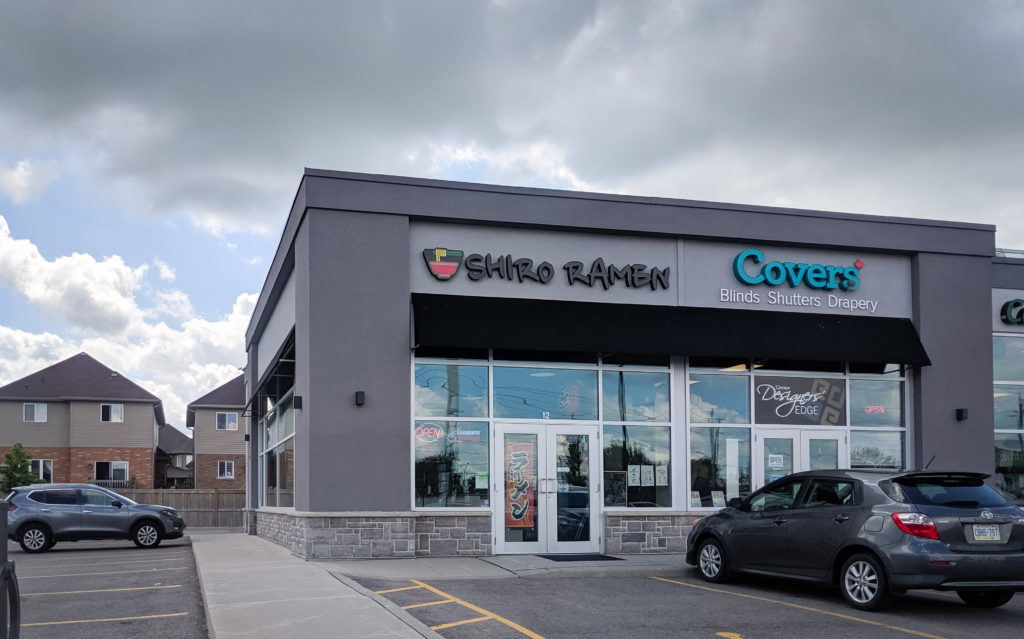 The East Mountain has gained a delicious new culinary neighbour – Shiro Ramen! In a plaza at Rymal Road East and Fletcher Road, the family-owned Shiro Ramen opened their doors at the beginning of Summer 2019.

Formerly Pattie’s Burger Bar, the restaurant has been transformed from the burger joint it once was to a traditional-style ramen shop. An open kitchen flanks the right-hand side, where Chef John Peck and his family create slurp-worthy bowls of hearty soup, and sides, such as Gyoza, Spicy Tofu and Takoyaki. On the left, up against large windows, are sit-down tables for enjoying a meal. At the end of the restaurant there is a large colourful mural depicting a ramen shop scene, to add to the ramen shop vibes. Read the article here. 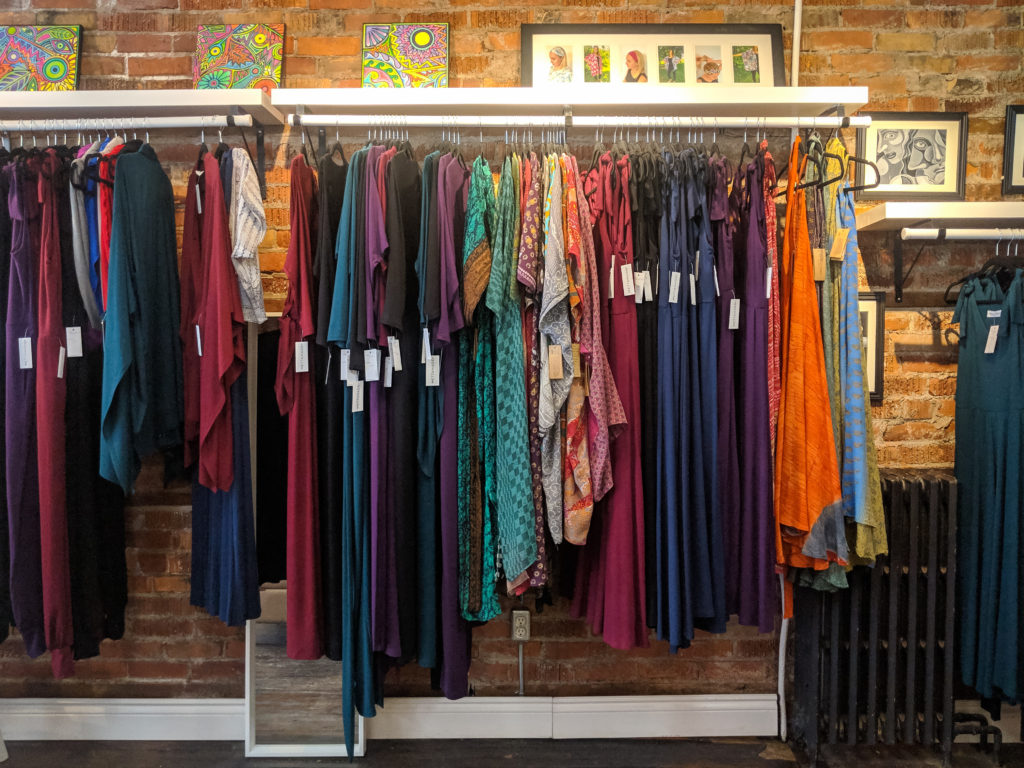 METTAMADE has not only been making waves in Hamilton, but in the fashion community at large.

The METTAMADE concept was born while co-founder Morgan was on a medical leave from work, in recovery from an eating disorder. During this period, she spent time with her mother – and partner – Carol and they sewed together as a way to bond. Carol was a former fashion designer and together they came up with custom clothing creations made from bamboo fabric, that would help Morgan feel comfortable during her time of transition through recovery. At the time, the mother/daughter team was also completing a 10-week course for Mindful Self Compassion, and integrated these learning concepts into their METTAMADE brand such as: the way the Bamboo-Spandex fabric drapes and feels, the inclusive sizing, and representation of bodies modelling the clothing. Read the article here. 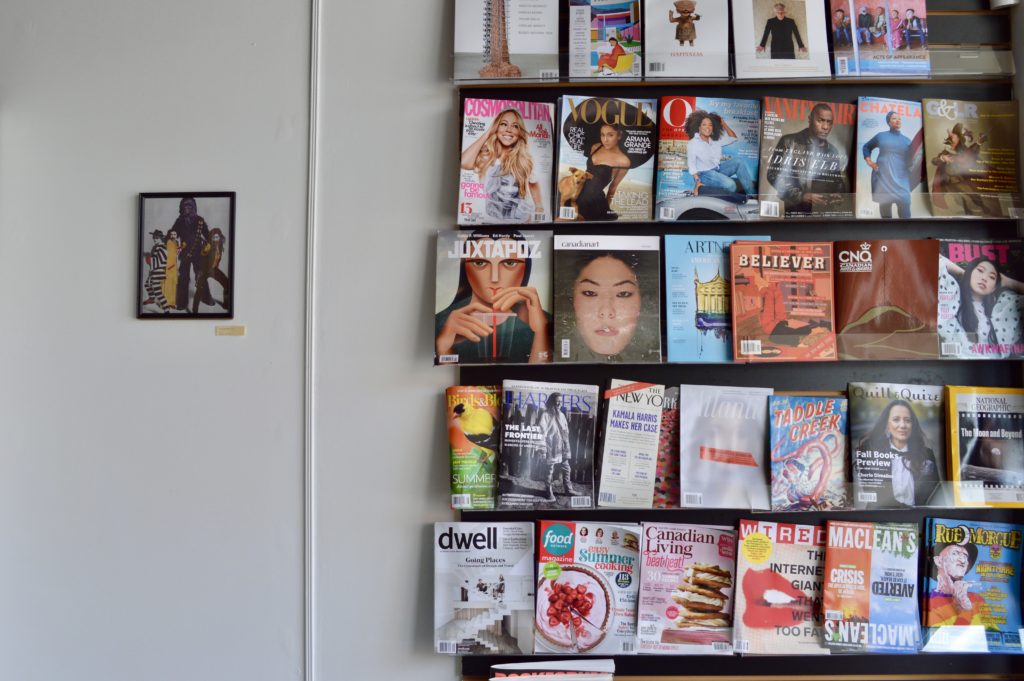 “We knew Ottawa Street was where it was needed,” says Hanna, who hopes the store will be “accessible” to everyone, with books that cater to many interests. The shop’s shelves are filled with novels, non-fiction, science fiction, reference books, books by local authors, a growing children’s book section, and well-stocked music section. Read the article here.

And while we’re at it, these articles may not have received the highest clicks, but we’re just as proud of them!