He’s a self-taught artist that recently moved from Pittsburgh to Dundas with his partner and their daughter. They’re a creative power duo; his partner (Laura Kukkee) is a ceramic artist and the new head of Sheridan College’s ceramic program.

Fuzzy (as he likes to be called) decided upon moving to Hamilton that as a means to immerse himself into the new city he found himself living in, he would embark on a creative project that he likes to treat as his Master’s in Fine Art.

Between morning drop offs and afternoon pick ups of his daughter to and from school, Fuzzy squeezes in as much art making time in a day as humanly possible. Finishing on average one quilted portrait a week.

He begins a typical portrait with a photo of his subject that’s projected onto his studio wall. He traces out the image onto a piece of fabric, and then by eye (and intuitive vibes) he pieces together various colours, shapes, and textures of fabric, which he collects from the multitude of organized bins of scrap fabric that surround his studio walls and floor. Piece by piece he machine stitches these scraps, essentially sculpting (in quilted format) the face of his subject. 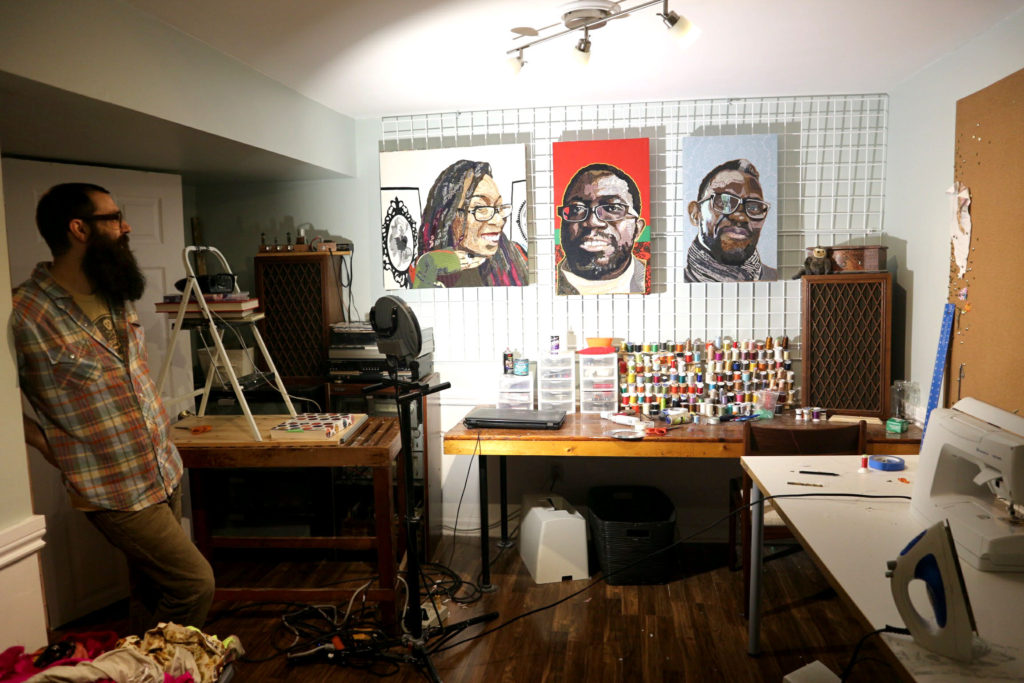 The end result of a typical 40 hour art-work-week for Fuzzy is a beautifully quilted portrait of his subject full of layers, intricate detail and wonderful texture. He’s dedicated to his daily art practice and posts regular updates on his Instagram account. Those photos are an amazing way to watch the rapid progress of the development of each of his pieces, as defining features and expressions of his subjects start to emerge from scraps (literally).

The way each Faces of Hamilton portrait begins and ends is the coolest. Fuzzy starts with one person that he meets with in the flesh (usually somewhere at a local coffee shop) to chat and to get to know them a little, and also to take their photo that he’ll use to base his portrait on.  After the portrait is complete (typically in a week) he meets again with the subject to show them the finished portrait. At the end of that meeting he asks that subject to chose someone that they feel is important in contributing to the city in some way. That person then becomes the subject of the next portrait and so on. He currently has four different original subject streams that he is following.

As the project continues to evolve, it will be so exciting to see where and to who each new subject leads him.

You can check out Fuzzy’s work at the Toronto Outdoor Art Exhibition July 14-16 (booth 74). Or follow him on Instagram @quiltedportrait #FacesofHamilton.

Extra bonus! The first five people to mention this post directly to Fuzzy via Instagram, will get a gift from Fuzzy of 20% off a commissioned quilted portrait. It’ll be totally worth it to see yourself (or someone you know) in quilted format, trust me. 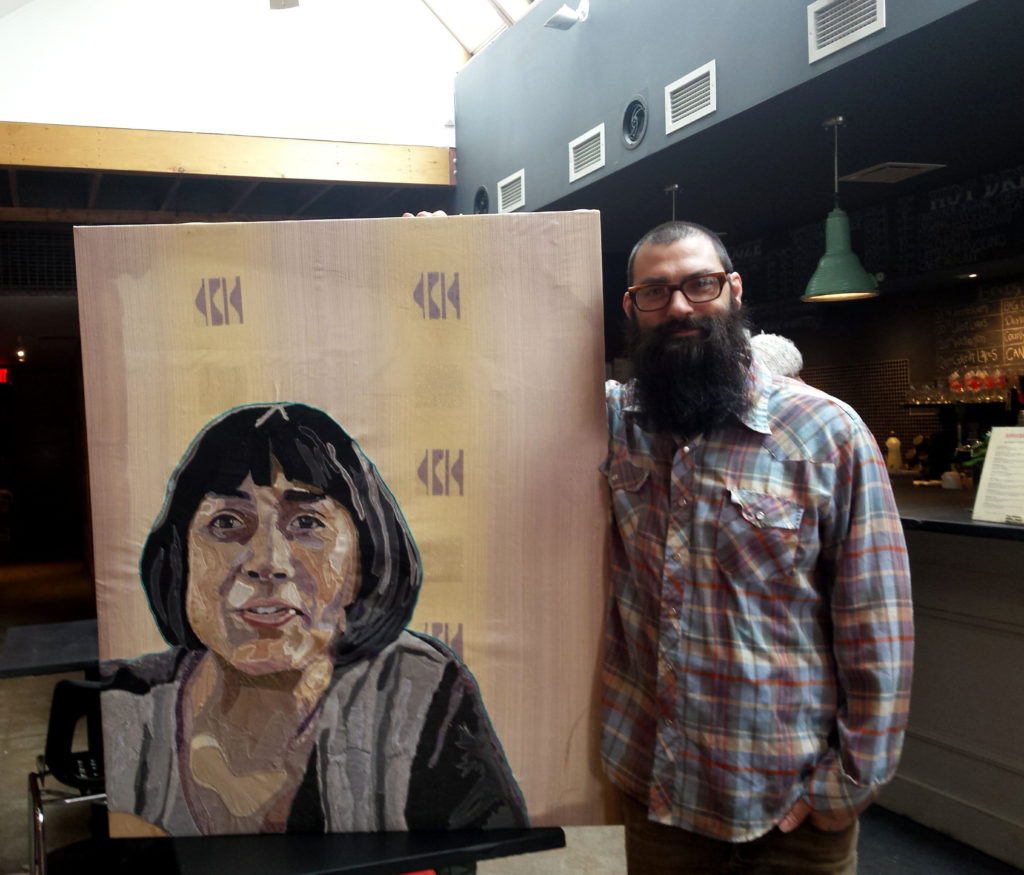