Toronto born and trained, architect Jerome Markson began his practice in 1955 and many of his first commissions were right here in Hamilton. One of his first residences, the Goldblatt Residence on Amelia Street, quickly led to two more commissions (including one which was recently for sale) on the same street. Though the trio of homes were all expressibly unique, the Moses Residence, completed in 1960, is arguably his most adventurous and complete design of his early career. 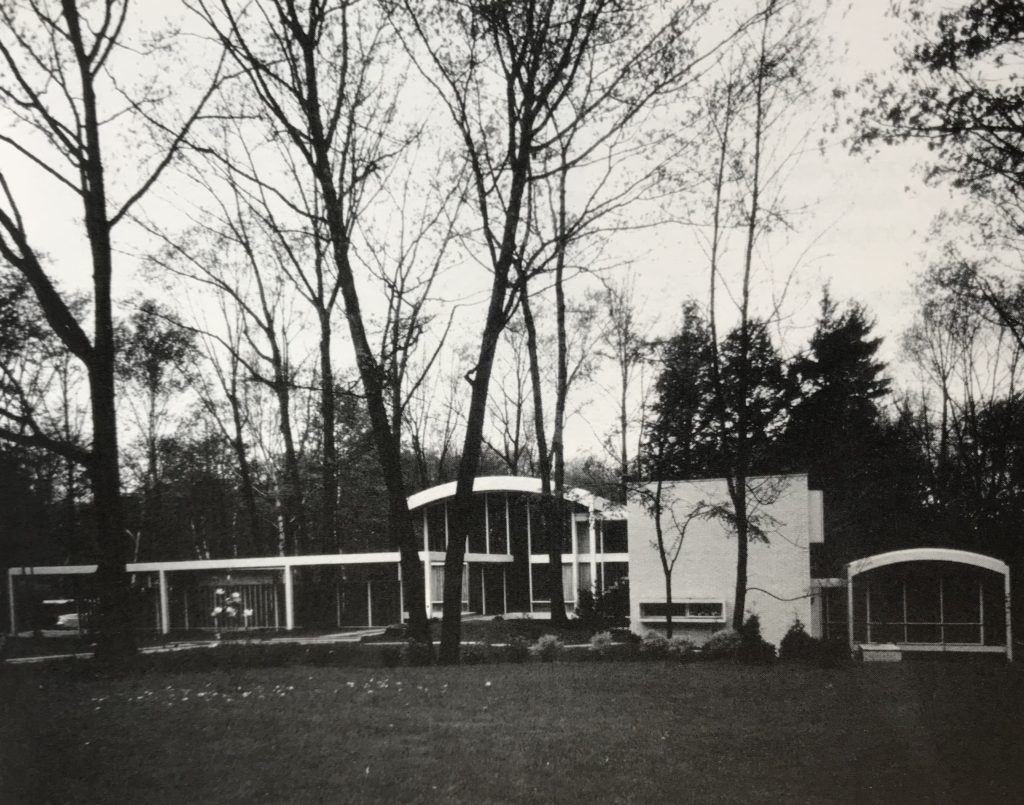 Like the Goldblatt Residence, the Moses Residence on Mayfair Place in Westdale was designed with exposed steel framing. However, the design was less straightforward than his Miesian-inspired counterpart. Though it still incorporated a lot of Mies’ discipline, the design consisted of more contrasting elements integrated harmoniously. The house is extroverted yet introverted; innovative yet traditionally modern; curving yet straight, and transparent but private.

Located on a sloping lot abutting a ravine, it consists of two glazed barrel vaulted pavilions (one a family room/games room and the other a covered porch) that flank a rectilinear two-storey box of white brick which consists of the living wing, kitchen, and bedrooms.

From the carport, a covered walkway leads to the entrance of the double-height living room with glazing facing the north and south. A descent down some steps leads to the kitchen and dining room. Bedrooms are located above in the central block and on the other side of the house is the screened porched. A small version of the first pavilion, the porch also has a shallow vaulted ceiling. 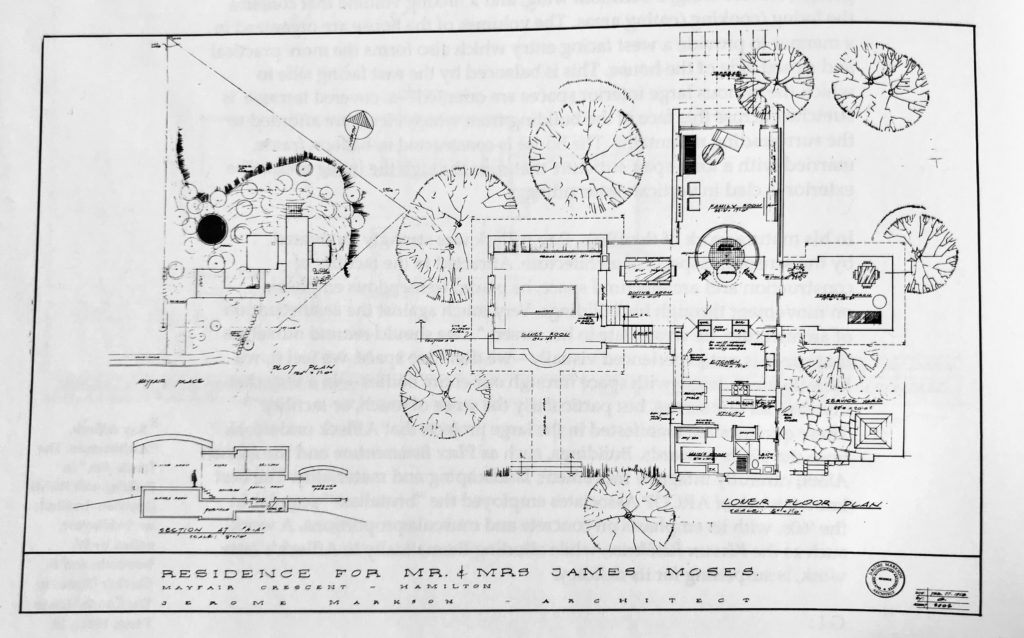 The interiors cruciform layout flows freely. A rounded fireplace located in the middle of the lower level acts as the anchor of the house and is surrounded by a crescent of builtin benches, separating the kitchen and family room.

A house of balance and great composition, Markson produced highly stylized architectural gymnastics of form and space with the Moses Residence. Influenced by the likes of Le Corbusier and Mies van der Rohe, he managed to create something totally unique and original. It is, quite frankly, a midcentury modern masterpiece in our city.