On an otherwise unassuming stretch of King Street East, is where you’ll find The Capitol Bar. It’s on the north side a couple doors down from Vintage Coffee Roasters, in the old Zelia’s ladies fashion boutique, and next to Gold Rush, a jewelers that seems to have long been abandoned and boarded up.

Despite being in a somewhat vacant strip of King, it’s actually the perfect location for a bar, and as many folks that live in the neighbourhood would clamour, it’s a much needed place in that leg of town.

On a Tuesday summer night, just two days after its opening, I headed to The Capitol to check it out with a friend. People from around the neighbourhood were coming out to wet their lips with enthusiastic comments about finally being able to walk a few short minutes to be able to go for a drink.

We sat at the bar next to two local “soon to be regulars” and got to chatting with owner Derek Weening about his new business venture. As we watched him shake up our cocktails he joked about how it was a long stretch of road that you’d have to go along before being able to find a glass of wine (from downtown); and this was true until a few days ago when he opened his new bar. 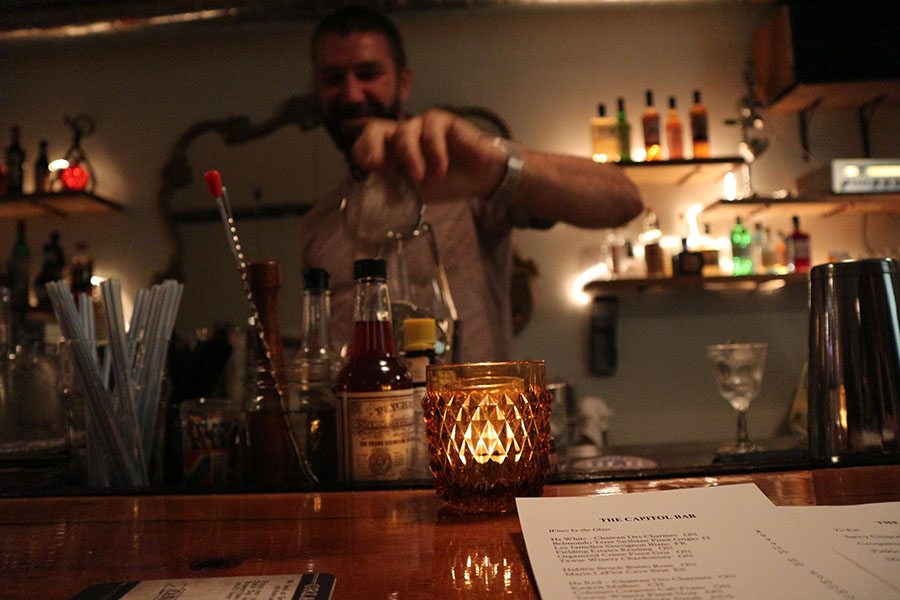 Weening, is no stranger to the bar scene. Before moving to Hamilton from Toronto (a year ago) he spent just about half a decade slinging’ cocktails helping build a cocktail-bar scene at The Hole in the Wall (a bar in the Junction). Weening says “he was always drawn to the neighbourhood bars” having worked a long list of other neighbourhood spots in Toronto. So it’s not a surprise that Weening’s opened up this neighbourhood local, something that he says he’s known he’s always wanted to do. 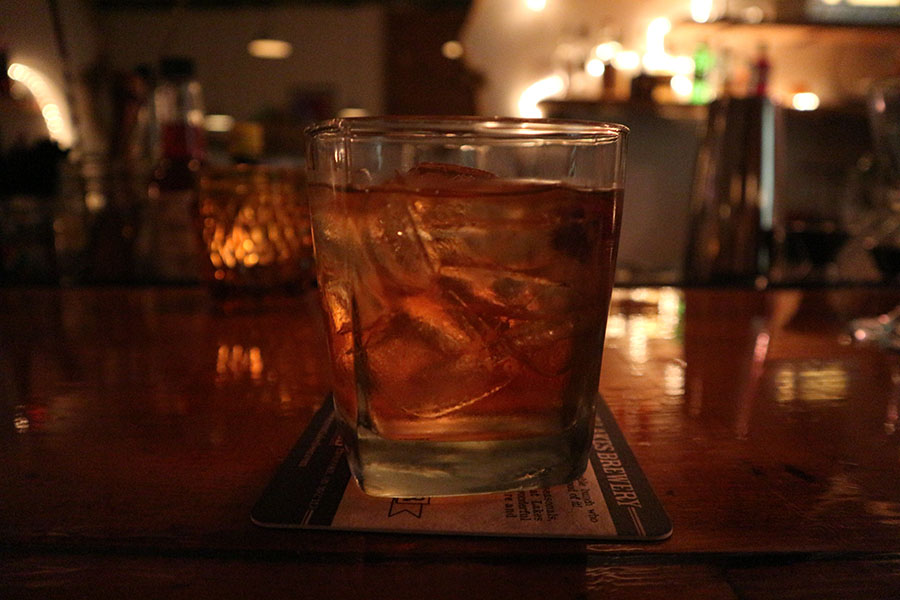 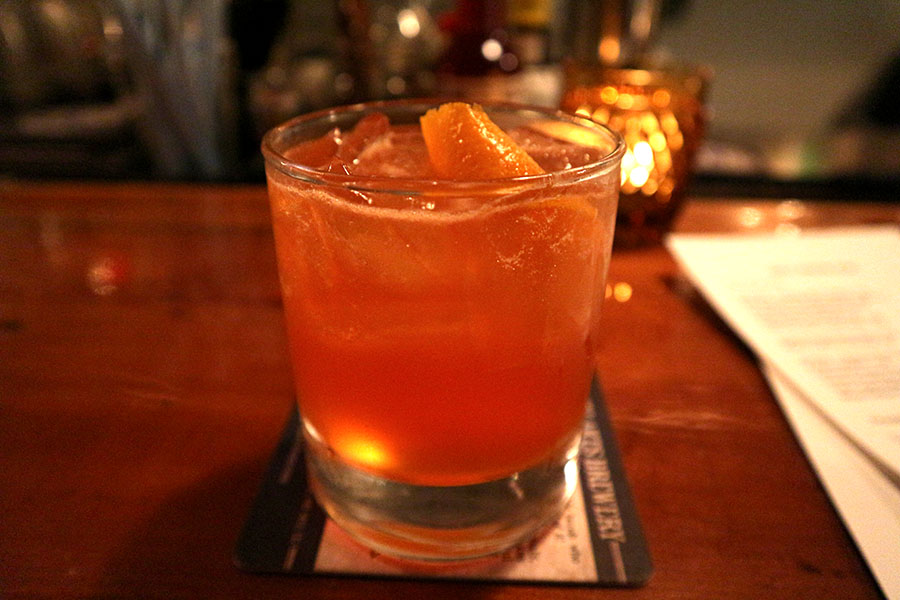 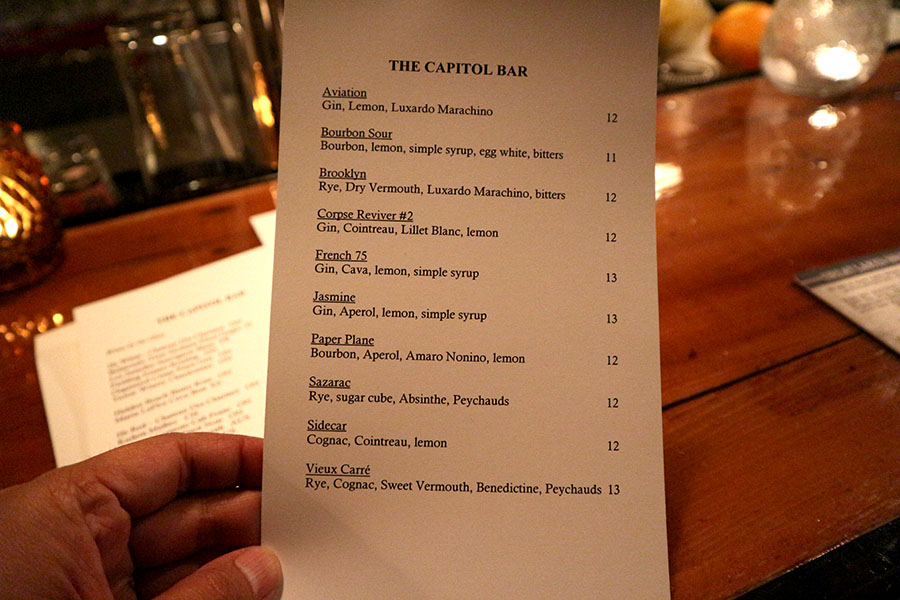 The Capitol has a great cocktail list that would compare to that of other local cocktail bars like Two Black Sheep, Bar Sazerac, Uno Mas, and The Brain. In addition to cocktails they’ve got eight draught craft beers, a fine selection of wine, plus some yummy nibbles to satiate all your night time/date night cravings from charcuterie, pickles, cheese board, croquettes, and for that bigger hunger Montreal smoked meat sandwich on rye – hello!

Although the bar is currently open only in the evenings/night there’s talk of the potential for eventually opening earlier on weekends during the late afternoon; cause who wouldn’t want a mid-afternoon drink and snack on a Saturday or Sunday at a place like this? 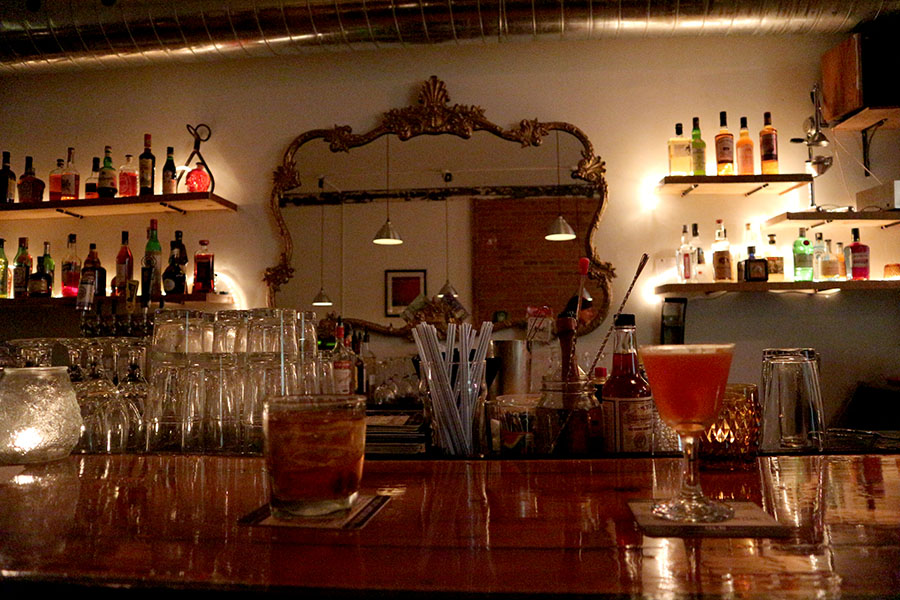 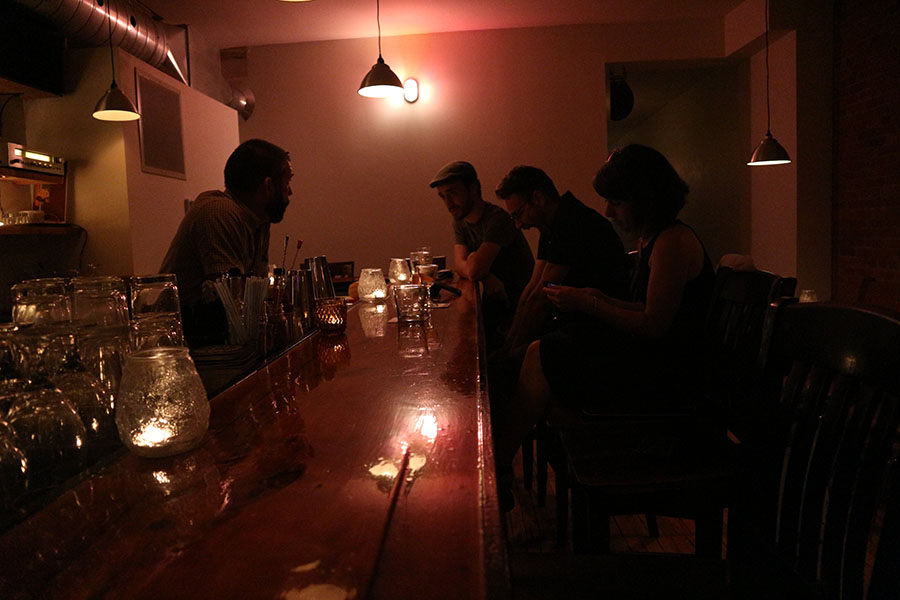 The bar itself is pretty spacious but it’s got all the warm cozy vibes that keep things feeling homey. There’s plenty of room to sidle up along the large wooden wrap around bar, or sit at smaller more intimate tables along the wall on the pew. There’s a large table too for bigger groups or to mix it up – communal style seating.

It is a beautiful bar, without being over the top and pretentious. Weening says that when he saw the space for the first time he just knew that this was the place. He’s done an amazing job of transforming it into his own. It’s got classic fixtures, with a mix of vintage and industrial design. It’s a work in progress, as Weening mentioned, he was still painting, decorating, and adding finishing touches until the very minute before he opened the doors Sunday evening. 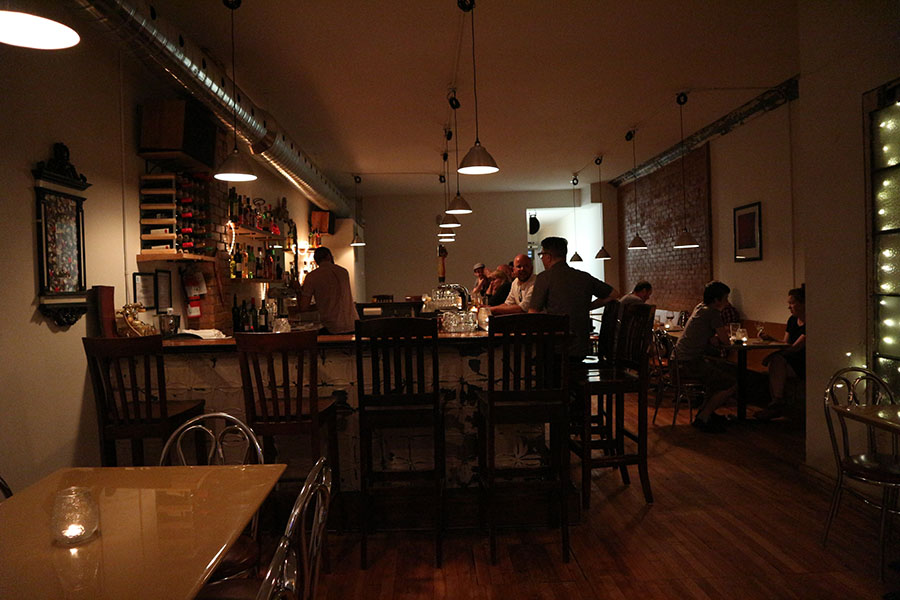 Well, Weening definitely hit on something opening up a bar on King East. Despite minimal social media presence, a website that’s still under construction and essentially only a little promotion via word-of-mouth, the bar has received nothing but love. But, I think the thing is, despite being a new comer to the city he just gets the vibe. “There is so much excitement and enthusiasm here, not to mention pride. It’s something I wanted to be a part of.” For sure when you touch on something that just feels right, you’re gonna feel the Hamilton love.

In the end Weening’s hope is that The Capitol “will be a great little place that people can call their own.” I think he’s got a pretty good start on that.