A blank slate is exciting. A 50,000-square-foot empty Target on Barton Street is incredibly exciting. Once Target bounced out of Canada in 2015 we were left with many massive stores that have sat empty for the most part. The Centre on Barton property management company, Triovest, has teamed up with the Scadding Court Community Centre (SCCC) to engage the community and to generate ideas about how the space can be used in the future. This initiative is known as “Right On Target”, and a few people from Hamilton’s Crown Point community have gotten involved in this initiative. Learn more about this here or here.  There have been idea-generating events and several pop-up events are planned to get people into the space.

If you want to get involved in the Right On Target initiative you can check out the Facebook page or contact RightOnTargetHamilton@gmail.com

Synth Social on June 22nd was one of the pop-up events planned for the space. This event was planned by Matt Thompson and it was an open invitation to Hamilton’s Synth community to come and show-and-tell, jam, and hang out.  The crowd was made up of Synth enthusiasts including DJs, members of Opticks, basement hobbyists, and curious observers.

The event was spectacular. There was a creative excitement in the air that I haven’t felt in Hamilton in a few years. It was wonderful to see people make something happen out of a massive empty space. The huge size of the store made for an interesting acoustic experience as the orchestra of beeps and boops filled the space. At times it sounded like there were 20 dial-up internet connections in progress, and at other times it sounded like after-hours night club. The visuals provided by the folks from Opticks added a really cool touch.

We caught up with organiser Matt Thompson to learn more about this exciting initiative.

How did Synth Social get started? I understand that this has happened a few times in different locations?
I think it was my friend Nimal who initially suggested the idea. He plays in a band called Basement Revolver. The first synth social was in the living room at my house. We set up 4 tables and invited people over to drop by with their gear. We provided the pizza and beers. It was just friends and friends of friends. After that, it was our friend Joel hosts a show at CFRU in Guelph. He put a synth social together this past winter up in Guelph. Roland, the manufacturer, even sent over a full modular setup to the event. The best part was that some high school kids attended that event, and then they threw their own synth social at their school. 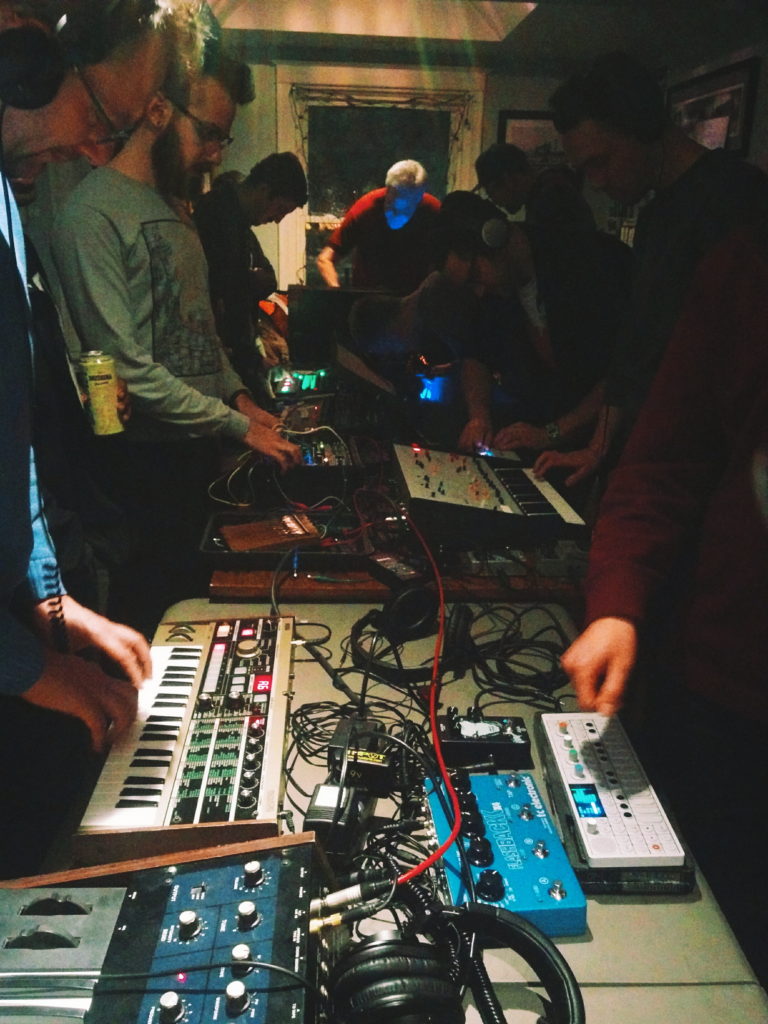 What goes on at a Synth Social?
The goal is to create a social learning environment. You can show up, meet keen people, and see what they are doing with their instruments. Some people just setup and let people listen in on headphones. Other people, show up just to talk with people about music, ideas, and techniques. It’s a great place to connect with peers and other like-minded folks, no matter what your level of skill/experience.

How did you get into Synths?
When I was 13 my dad gave me a cassette by a band called Portishead which just changed my mind about what was possible in music. Same thing happened when I first heard Orphx (who are from Hamiton) at the end of high school. Years later, there was a really great group of people that put on a new / experimental music series called New Harbours that took place at the Cathedral on James North. Most recently, my partner Jeanette played in a Mennonite synth punk band, which was great fun and reminded me of the social potential of the instrument. 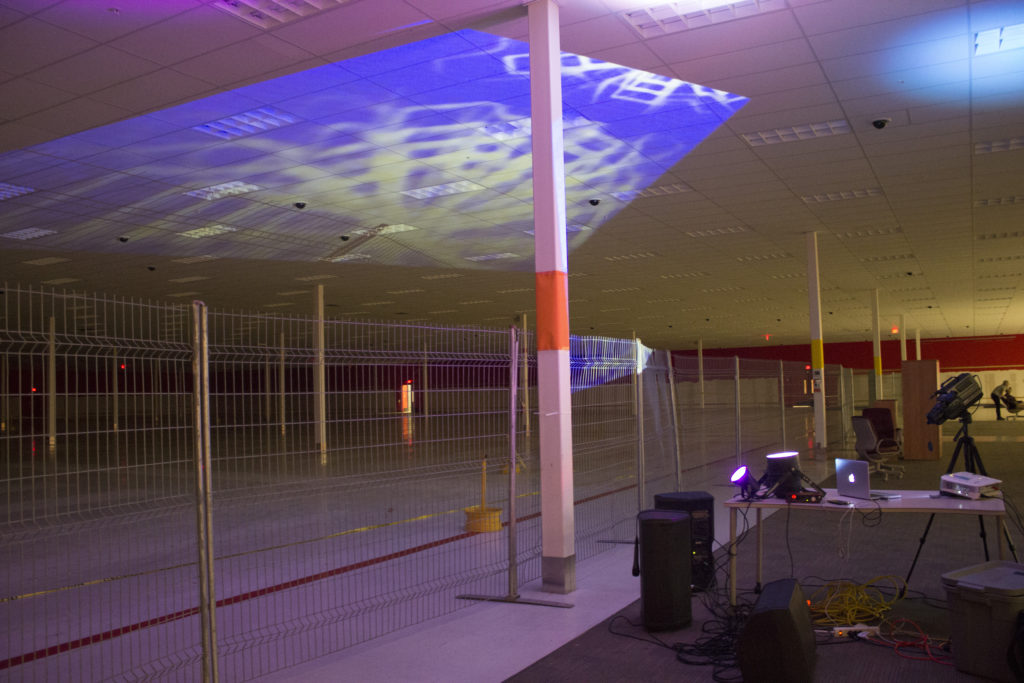 What is it about the Synth that attracts both music nerds, tech nerds, gear heads, and people of all ages?
I think people appreciate the private nature of the instrument, and that they can be part of a musical culture without necessarily having to think about joining a band or playing in a bar. At the same time, the online culture around synths can come off quite bro-ish at times, and I think the people doing work in new music education and synths will be the ones that engage an entirely new group of people into the culture. My dream would be for a place like Central Library to have some gear and educational programming for people to learn from and participate in.

How did you manage to score the Target location?
It’s in partnership with the folks at Scadding Court, a group out of Toronto. They are doing programming in the space over the next few months as part of a project called Right On Target.

Will you do these events again in the future?
There will be another Synth Social happening at the Target location but I don’t have the date for that yet. Anyone keen on getting involved can email me at thompsmr@gmail.com 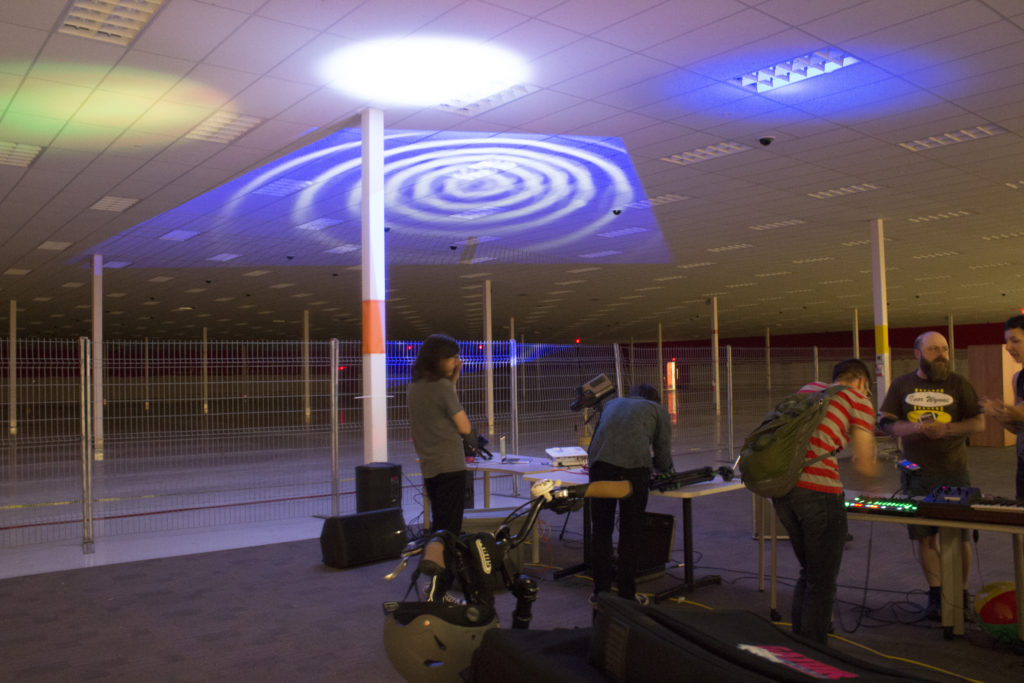