Though those over 65 make up such a large percentage of the community, it seems their voice often goes unheard in new media, especially when it comes to city developments, the changing industries of the city, and the future of Hamilton.

Occupation (if retired, previous occupation):
I was a production analyst at Dofasco for 42 years 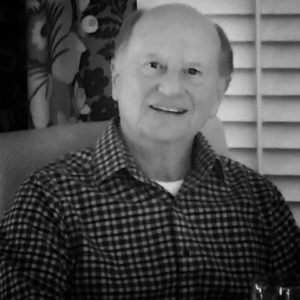 Hobbies:
My hobbies are very diversified, I’ve played golf since I was 15 and slow-pitch since I was 30 and still playing both. I built my brother a garage, learned carpentry from my father and also do some skeet shooting. Love to crew on a friend’s sailboat from time to time.

Years living in Hamilton?:
Born & raised in Hamilton but have lived in Ancaster for the last 32 years.

Do you have a least favourite Hamilton memory?:
I think the new stadium battle that went on was a low point in Hamilton’s history, it was a great opportunity to showcase our waterfront or almost any other place than where they built it.

Do you feel that Hamilton has changed over the years? If so, how?:
I’ve been saddened to see Hamilton slowly going downhill for a long time, probably since most industries have left. Fifty years ago Hamilton was a booming, well-cared for city, however just recently I have seen some interesting improvements, so there is hope. Prosperity is in the air.

Feature photo by Martin Cathrae.
Do you know someone who would like to be involved in the Stories from the Steel Generation project? Send them our way! theinletnews@gmail.com