It’s the kind of club caliber that Hamilton has not seen the like of for many a dark night; at least not since the late 90’s early 2000’s when lounges like Fever, and The Hudson were around.

In recent years, the only places to have dance night in the city were Baltimore House (RIP) or Hess village which tends to be a rowdier and younger scene. At Sous Bas you’ll find a crowd that’s there to enjoy the groovin’ beats, breezy cocktails, and not necessarily just to check out the fresh meat. It’s got a definitive underground Miami club vibe, with lush palms, a lounge area, and a bar that’s dipped in the warm red glow of its nearby hanging Montreal Style neon sign.

Sous Bas’ first incarnations began as a monthly word a’ mouth dance night on Rebecca Street near James North back in 2015. A combined venture between two friends Erika McMeekin, (whom you might also know as the face behind The Academy of All Things Awesome) and Kelly Seagram. Together they put on some super fun DJ dance parties in a kind of pop-up style underground kind of way.

Still feeling like Hamilton was missing the kind of place that both McMeekin and Seagram would want to hang at to dance and chill, they decided on a bold move to open up a permanent home for Sous Bas. It’s no longer monthly one-off events but a full-on club or as they prefer to call it a “dance bar” – open Friday and Saturday nights until the early morn. 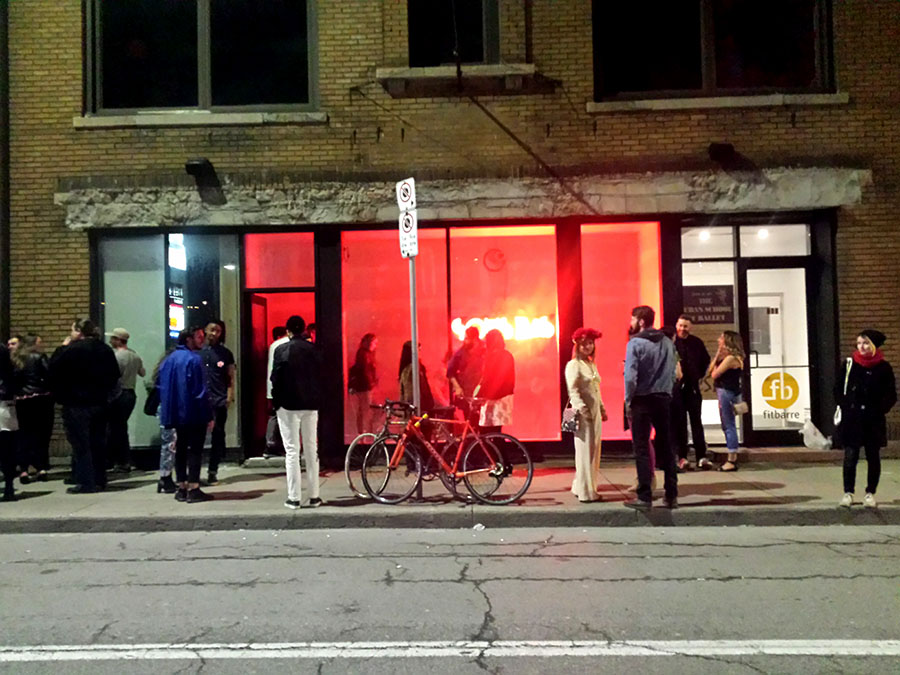 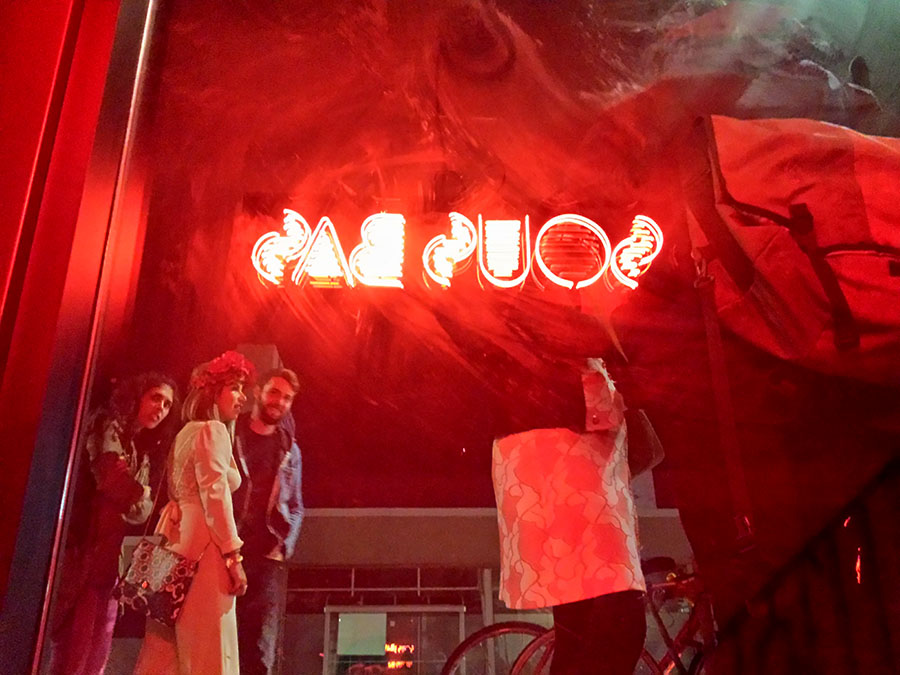 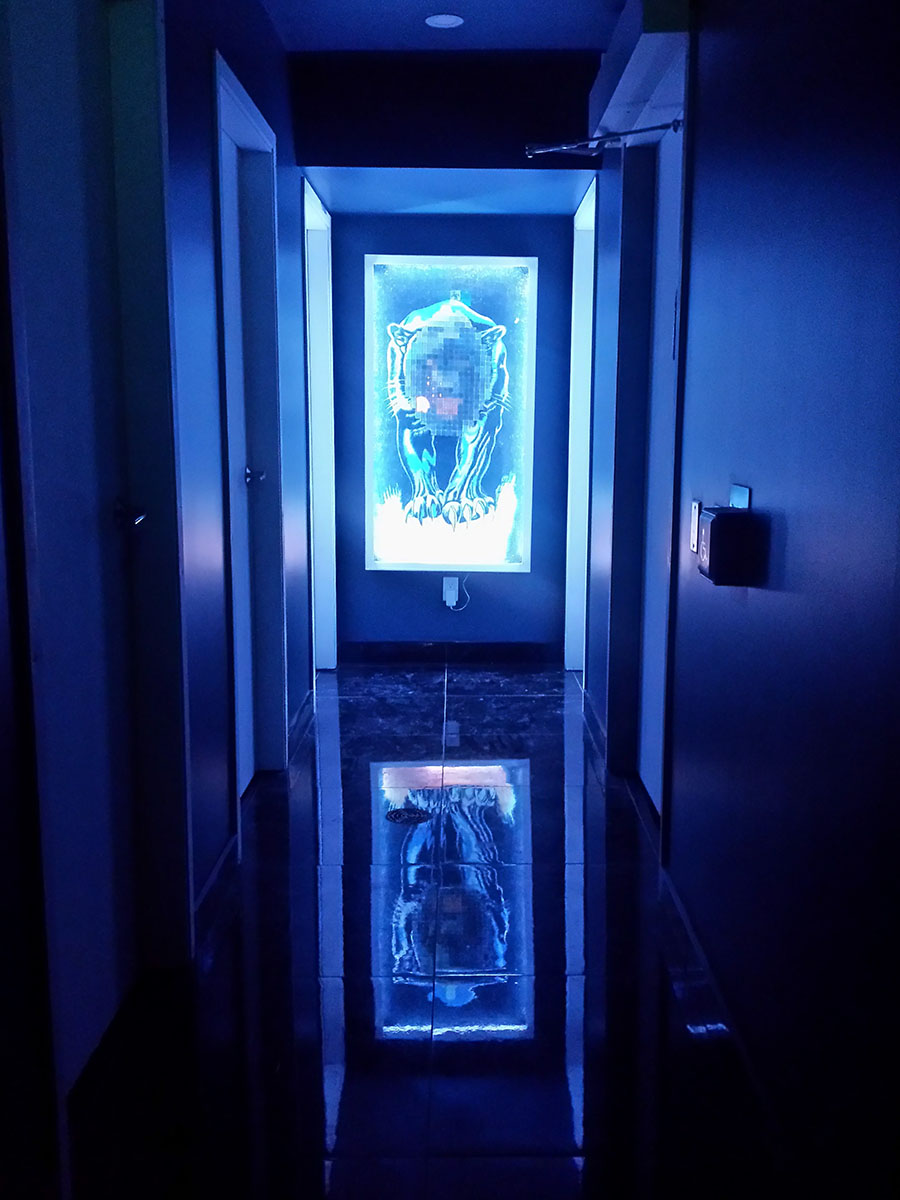 We caught up with McMeekin and Seagram to give us the skinny on Sous Bas.

Q: Why did you decide to start Sous Bas?

Sous Bas started as a pop-up party series in 2015, because we were missing our kind of dance party. At the time it was too rare in this city to catch a crazy dance floor outside of a nightclub, and we wanted to bring some house party/loft party vibes. Based on the enthusiastic response to the pop-ups, we thought we should try something permanent, and we searched a while to find the right space.  The aim is to create a guaranteed dance floor in a right-sized space for people who are out of the Hess phase of their lives but still want to throw down! Because we truly believe in the power of dance to bring people together and make them feel good.

We’re going for the perfect living room dance party vibe – comfortable, casual, relaxed, safe, and inclusive. We designed Sous Bas to feel like someone’s home, with space to dance freely but also comfy furniture and dark corners where you can chill and talk. At Sous Bas there’s always a dance floor waiting to go off, but we also want people to just come for a drink and relax, catch up with their friends, or have a nice date.

We were thinking sexy late 70s/early 80s swingers basement, with modern touches and lots of great art by people whose work we love

Q: What type of music will be featured at Sous Bas?

We play all types of music!  We’ll be featuring mostly DJ’s and occasionally live music of all genres – as long as it’s soulful, joyful, and makes you feel good, we’ll play it!  Some nights will be more dance-y, some more chill, we’re super open to requests if people want to hear a specific style or even take over a night.  At this early stage we haven’t assigned any certain genre to any certain night – we’re hoping people will just come through to check out different stuff – but if you want to plan to come by for a favourite genre, we have a calendar online that shows what’s coming up.

Q: Is there a cover?

We work hard to keep it affordable, so there’s usually no cover before 11 p.m. and $5 cover after that. Booking live music and high-profile talent might make cover higher on some nights, and there might be ticketed events at some stage, but those would be publicized in advance. $5 cover is the norm. 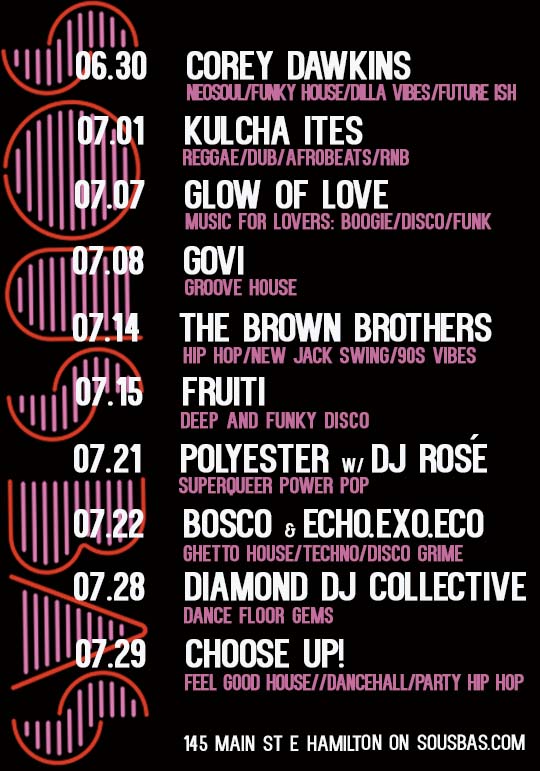 I went to check out Sous Bas back in May. I arrived just before 11, and the place was starting to fill up. There were lots of familiar Hamilton scenesters but also so many new faces.

The night had a great vibe and there was definitely a heart swell of excitement as everyone was scoping out the place (and this new scene). It was sweaty hot, people were dancing, the disco ball was let loose, and by the time I left there was a solid line-up of people waiting to get in just past 1 a.m.

Sous Bas definitely fills a void in the Hamilton night life scene when it comes to a regular weekly place to hit up for chill vibes, dancing and great music.