In a plaza at Rymal Road East and Fletcher Road, the family-owned Shiro Ramen opened their doors at the beginning of Summer 2019. 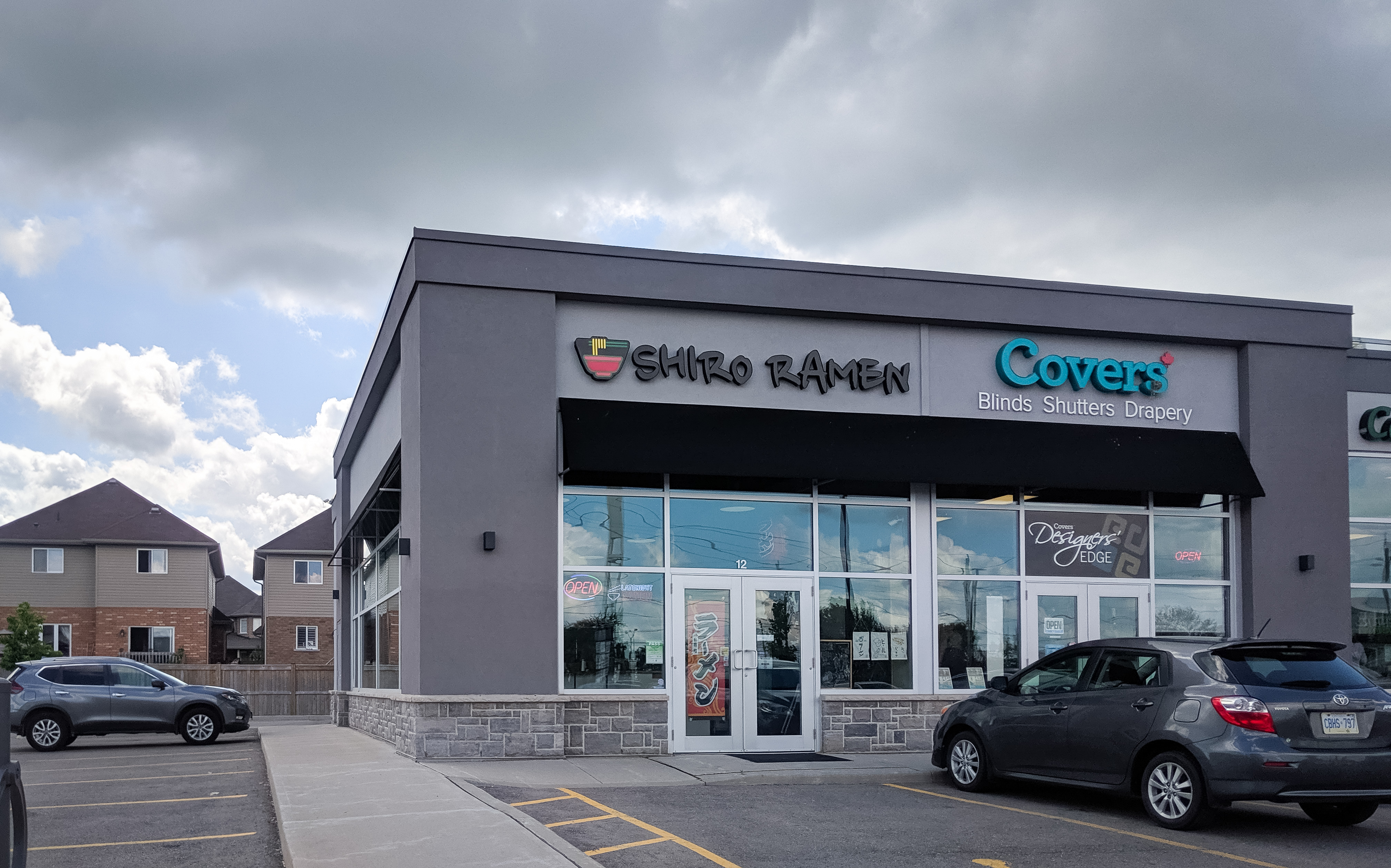 Formerly Pattie’s Burger Bar, the restaurant has been transformed from the burger joint it once was to a traditional-style ramen shop. An open kitchen flanks the right-hand side, where Chef John Peck and his family create slurp-worthy bowls of hearty soup, and sides, such as Gyoza, Spicy Tofu and Takoyaki. On the left, up against large windows, are sit-down tables for enjoying a meal. At the end of the restaurant there is a large colourful mural depicting a ramen shop scene, to add to the ramen shop vibes. 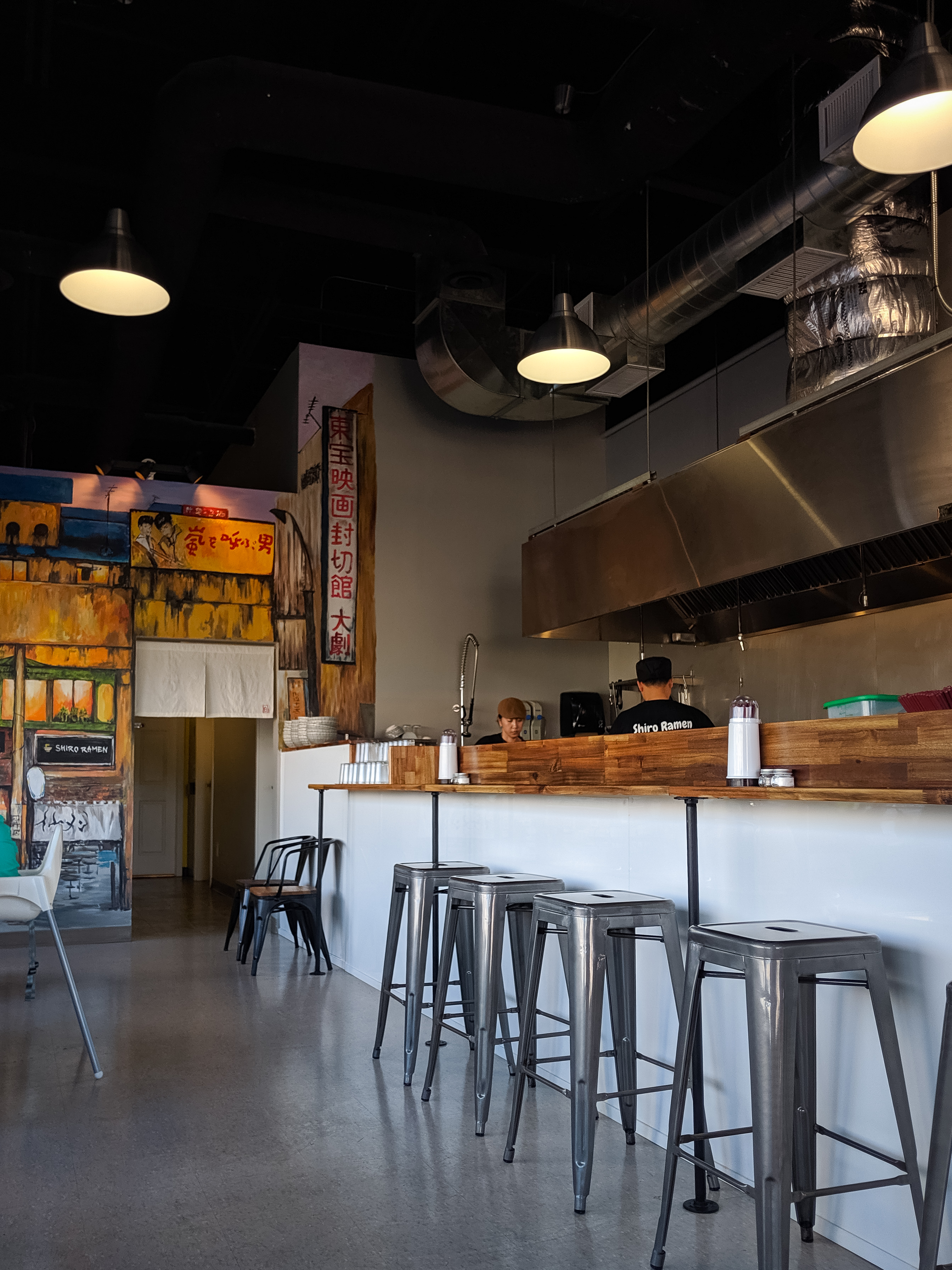 The Shiro Ramen family picked up their lives and moved here to Hamilton from Langley, BC, after seeing the opportunities that this city had to offer.

Though they have come to Hamilton from out West, chef and owner John Pack learned his traditional Japanese ramen culinary skills in Tokyo, under a chef who has trained celebrity chefs (like Gordon Ramsey)!

At Shiro Ramen, almost everything is made in house, and their broth is made daily from-scratch in the kitchen. Their broth is thick, rich, and salty with big bold flavours. When asked about the most popular options among customers so far, son Jin says “I would say the ‘Tokyo Yasai Miso ramen’ and ‘Jiro ramen’ are the popular options. Due to their distinguishing taste”. 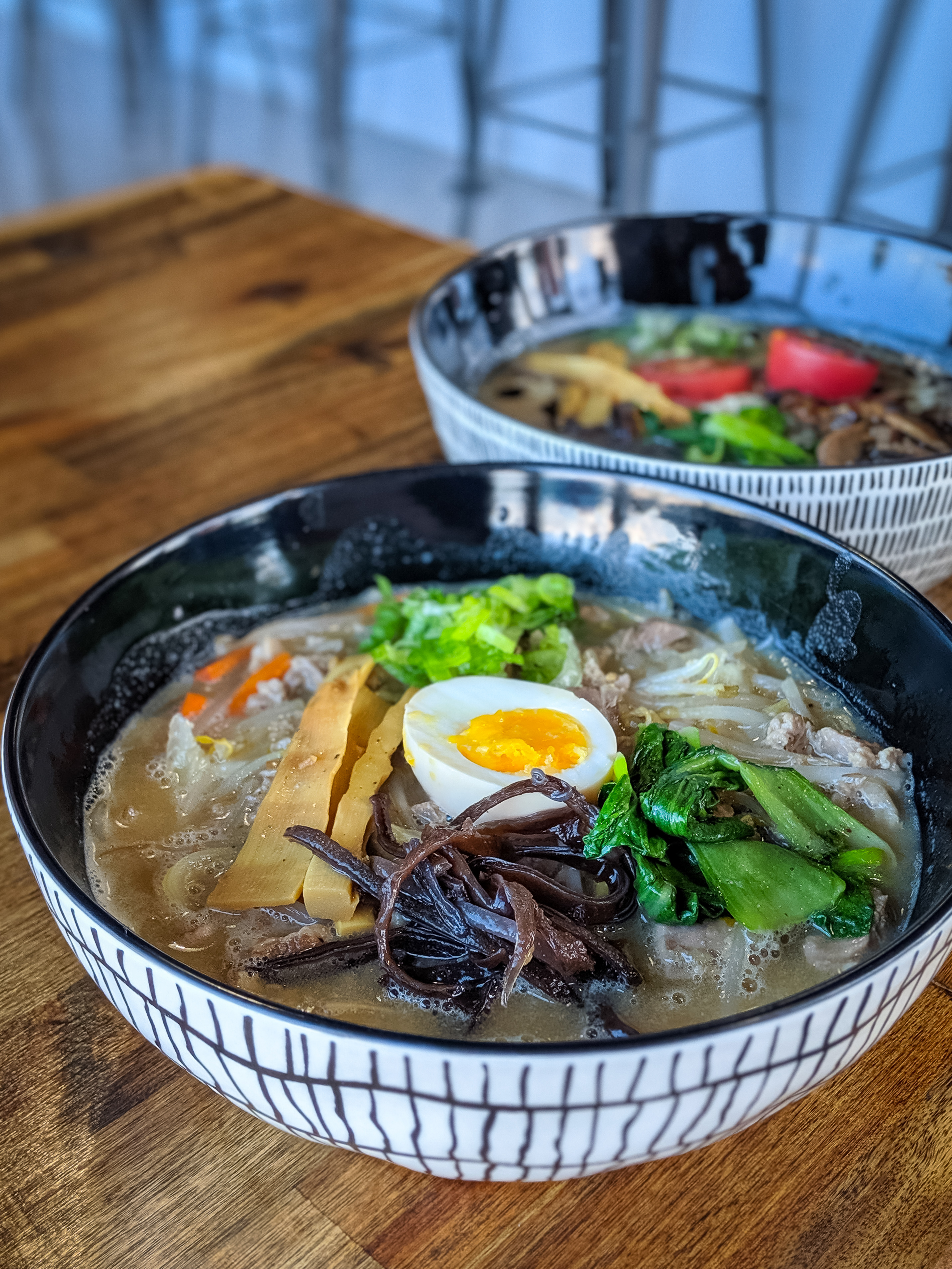 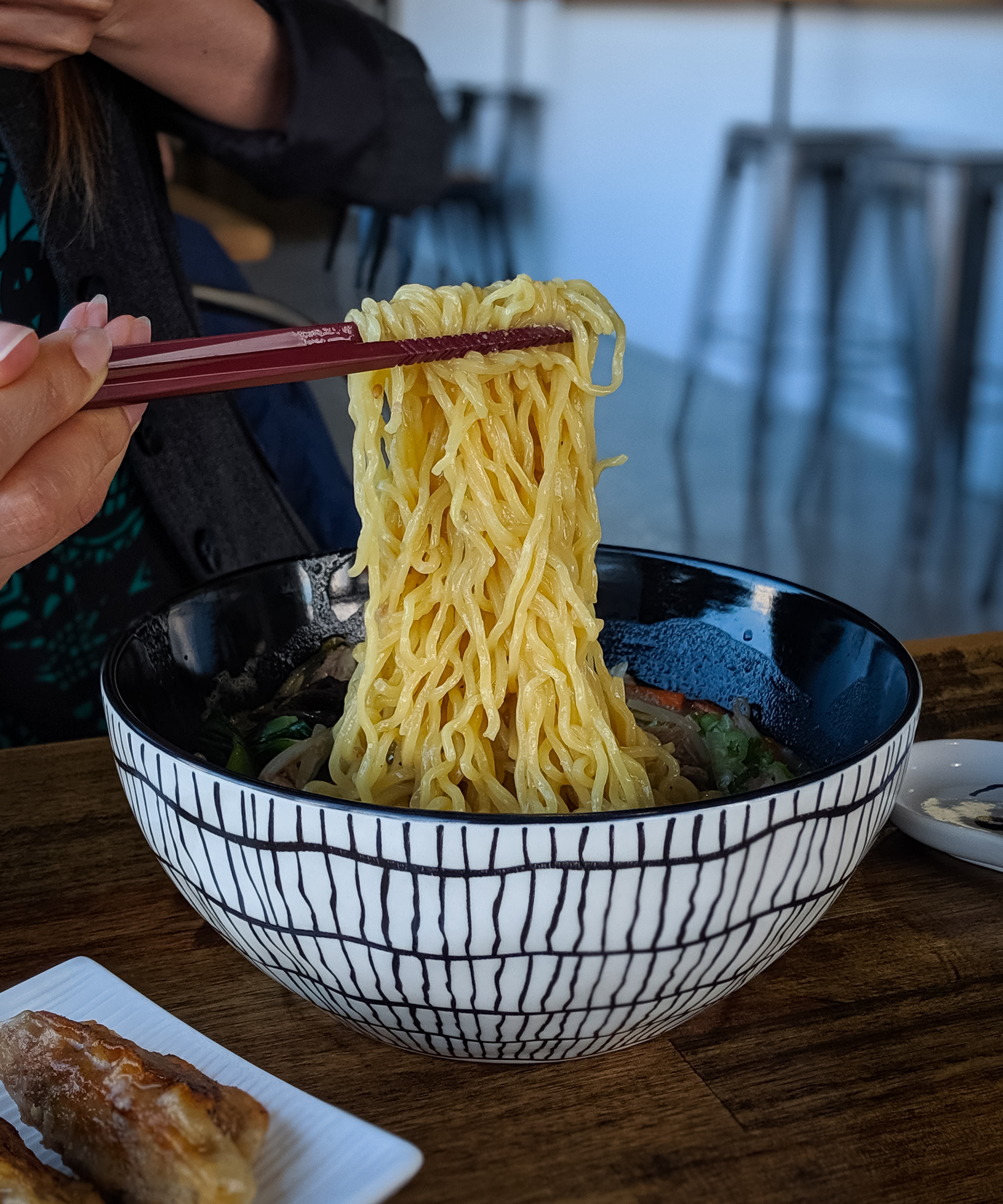 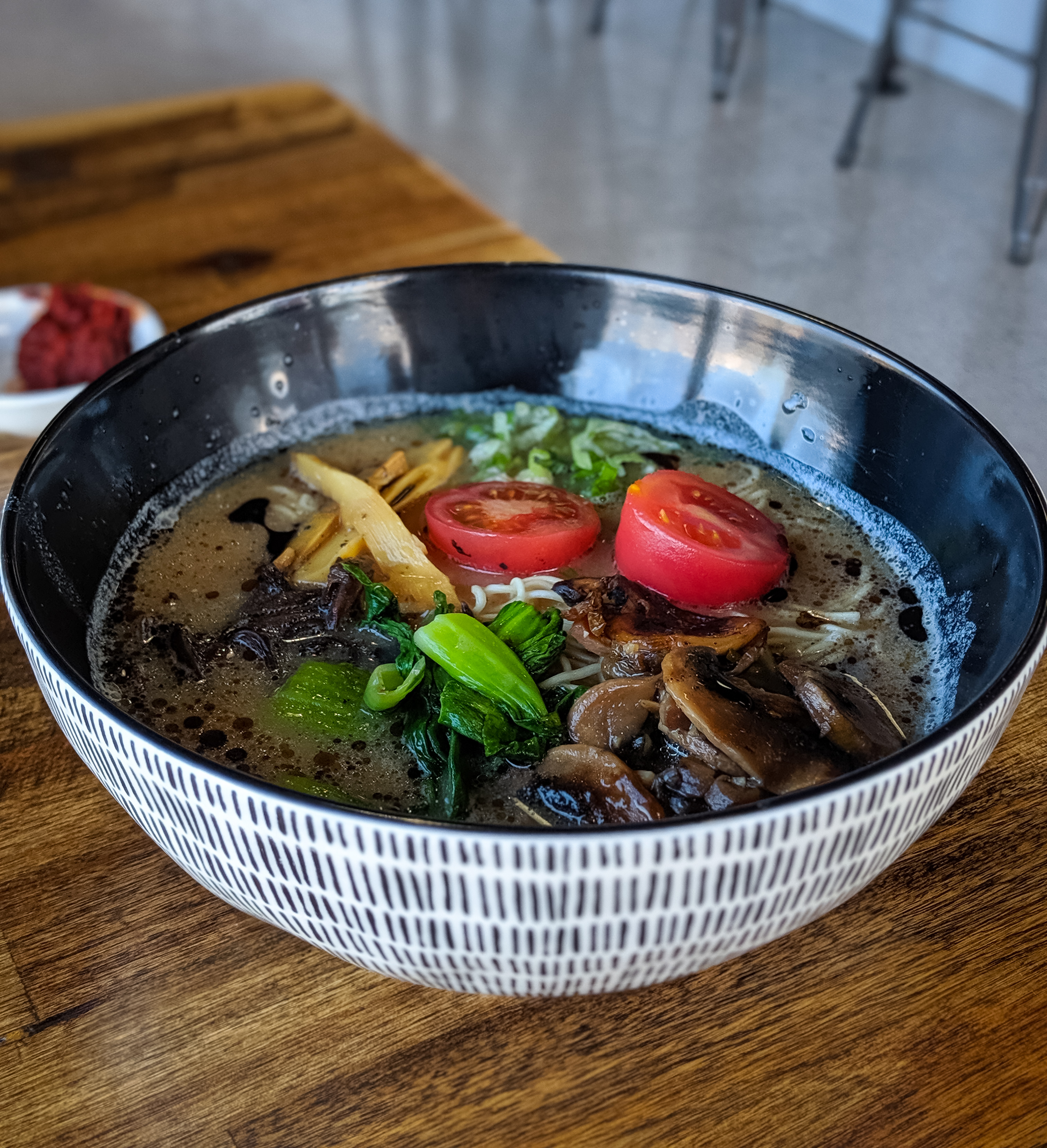 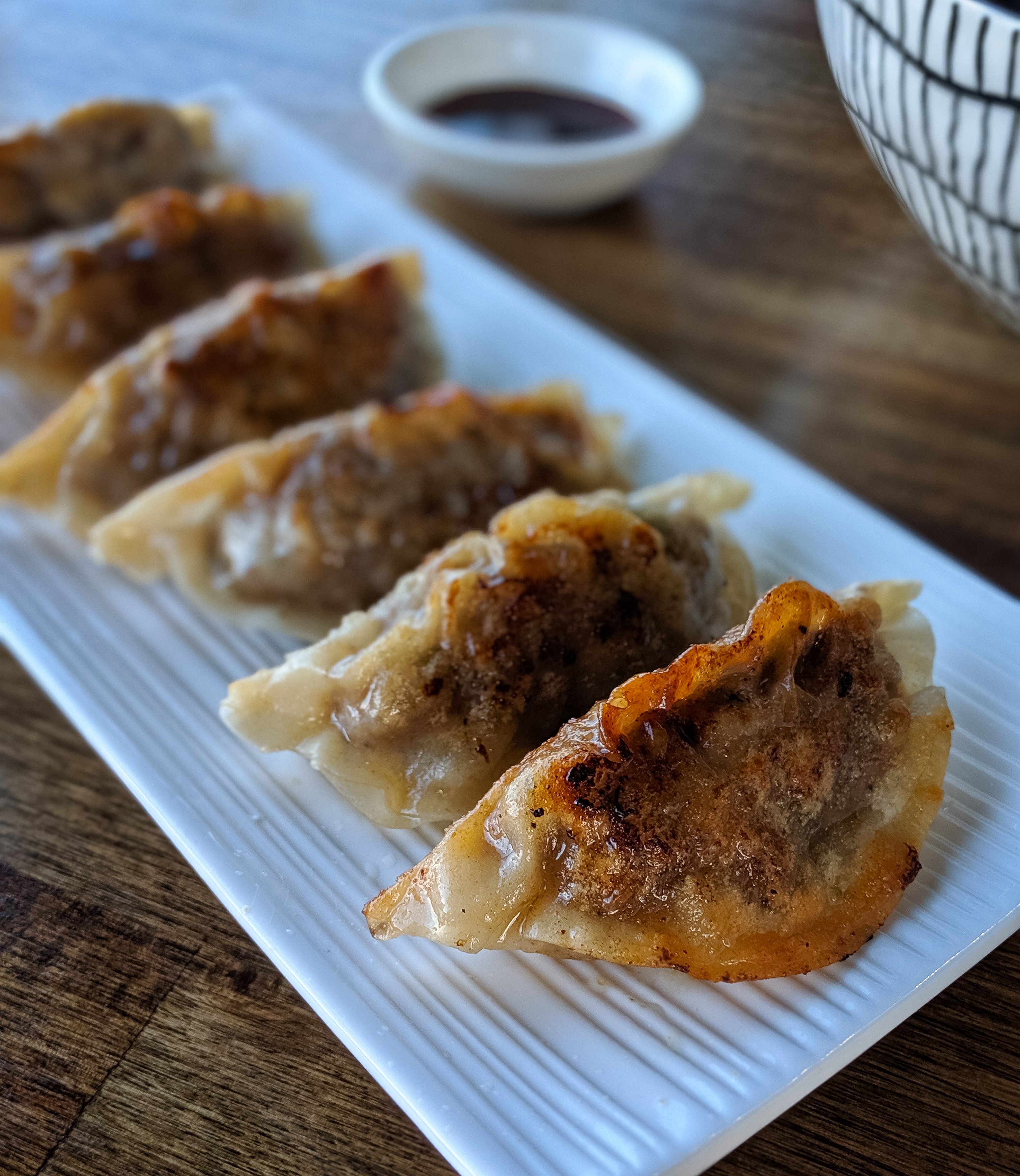 Ramen is a new addition to the East Mountain “A lot of people actually asked what the ramen was since the beginning of the grand opening.” states Jin “If you never tried traditional ramen before, bring your friends and families to try it out! No, it’s not like the Mr. Noodles. I can promise.”

If soup isn’t your thing, don’t worry! Shiro Ramen also offers Mazesoba, which has the delicious noodles and toppings, without the broth.

HOURS
Monday to Saturday 11am to 9:30pm
Sunday CLOSED