Even with the boom of new restaurants and eateries that have popped up on James North and neighbourhing King William like The French, Berkley North, Lakeroad, Born and Raised, and Nique, evening and weekend reservations for all of them are typically booked solid. We need a place like MERIT.

MERIT brewery is located on James North and York Boulevard in the exact spot that Mex-I-Can used to be (for those that can remember). It really wasn’t that long ago, but there’s been such rapid change on that little stretch of James it’s hard to imagine its recent derelict past. For some buildings on the strip, they got an architectural face-lift; in the case of MERIT’s space, it was a complete rebuild and overhaul.

Founders Tej Sandhu, Aaron Spinney and Jesse Vallins have been pouring their heart and soul into this project for nearly three years. Spinney, the former head brewer at Sawdust City Brewing Company, is definitely not new to the brewing scene. Sandhu (a McMaster grad) and Spinney (a Mohawk grad) met in Hamilton, later bonding over their love of the craft of beer and good food (in the form of mainly sausage).  Enter Vallin’s. He’s the guy behind the food side of MERIT, specializing as a master in pairing delicious food together with good drink. He’s been awarded Toronto’s Sausage League Champion no less than three times. He’s a sausage king. Need I say more? 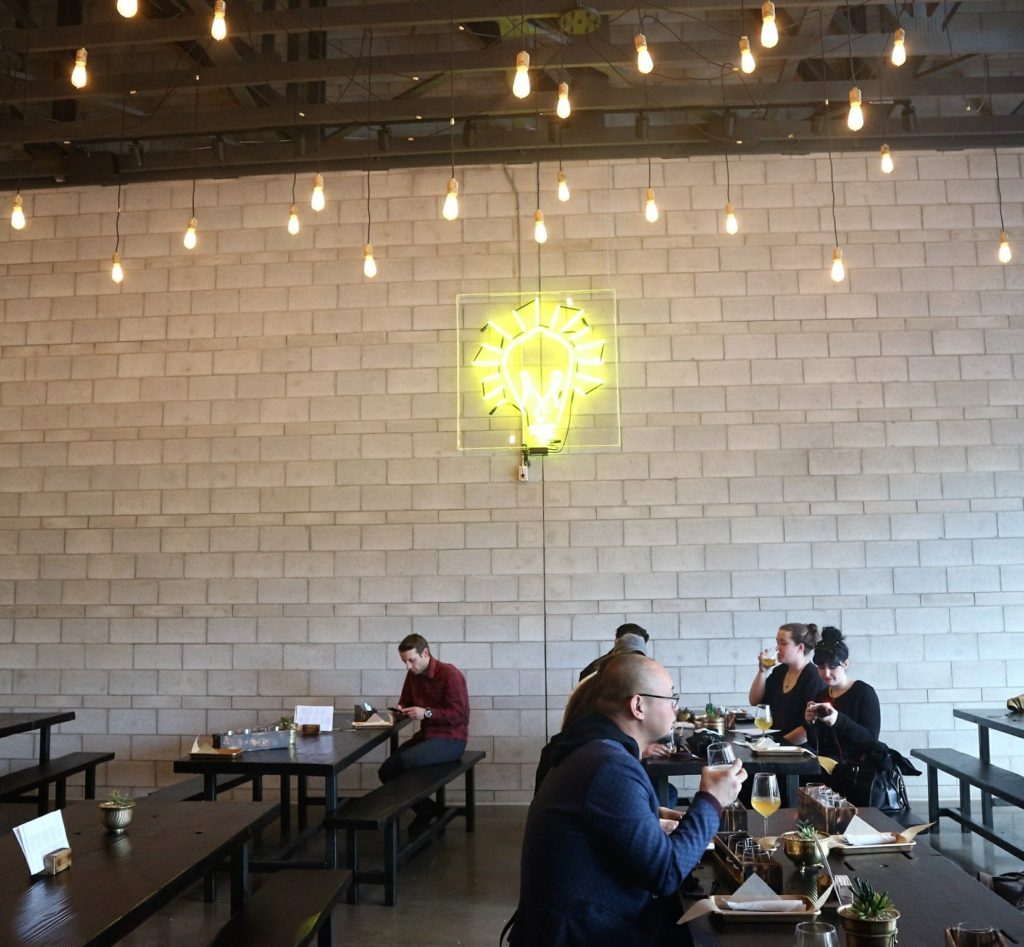 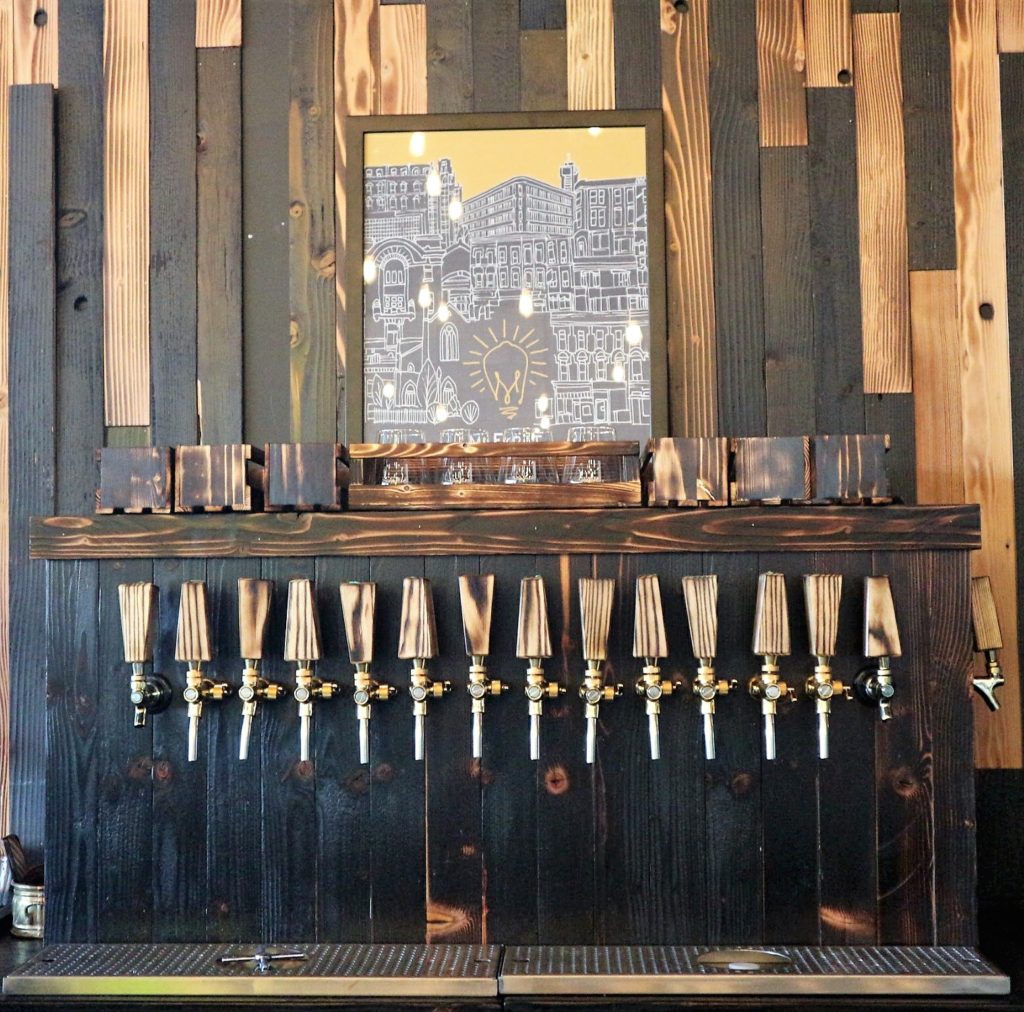 On May 11th at 5pm Merit will open its doors to the public officially.

They’ll be pulling from 14 taps; 10 of their own beers brewed on-site in their brewery (visible from the restaurant floor), one beer from a neighbouring regional brewery, one cider, plus a red and white wine.

All the beers are ace and will hit a full range of pallets: light, smooth, bitter, sweet, hoppy, fragrant and malty. For sure there’s a beer to please everyone and a selection that’s diverse enough to send over the moon any craft beer enthusiast. One of my favourites is Young Rival, not only because of its props to local Hamilton singing outfit Young Rival (whom I love) but the beer’s bitter IPA hoppiness was just perfect for sampling all the nibbles -especially the fries! Guys, the fries are amazing.

Not gonna lie, total sausage fest, but in a very good and extremely delicious way. Seven kinds of sausage plus one vegetarian Chicago Style Falafel dog.

Beer hall style seating and order at the bar, this place is casual with all their sausages priced affordably at $9. But when you’re sipping your brews from a stemless, you’ll be feeling all kinda fancy looking out those big front windows onto our changing city.

In about a month’s time, their back patio will be opening and you’ll be able to enjoy your MERIT brews out back leaning up against their patio bar or seated at a gorgeous 20 person harvest table. Sounds summer-time dreamy.

I raise my glass to MERIT as a fab craft beer establishment but also for the work they’ve done with the City in their education and promotion of the possible economic growth and development that can be spurred from the inclusion of breweries into the mix. We’ve got folks like the people at MERIT to thank for helping bring zoning for breweries downtown and along the newly proposed LRT corridor.

I look forward to seeing this new wave of development start to build with an enthusiastic handful of new brew pubs and microbreweries like Fairweather Brewery, Grain and Grit, and Rust City Brewery all soon to start brewing.

If you’re wanting to take home some of MERIT’s beer to go, you can pick up 500 ml bottles from their adjoining retail store, or fill up your 2L growlers. It’ll be the only place where you can buy it in bottles as it won’t be for sale at the LCBO or Beer Store.