A one-of-a-kind house is for sale on Amelia Street in Kirkendall South and it is everything a mid-century lover could hope for.

Designed by Toronto architect Jerome Markson for the Minden family, the house was completed in 1958. Surprisingly, it’s not the only house completed by Markson on the street. There are two others: the steel-framed Goldblatt Residence (1955) at 45 Amelia and the now stuccoed house with two interior courtyards at 75 Amelia (1957). These houses are amongst some of Markson’s earliest work in an extensive resume of modern and postmodern design. 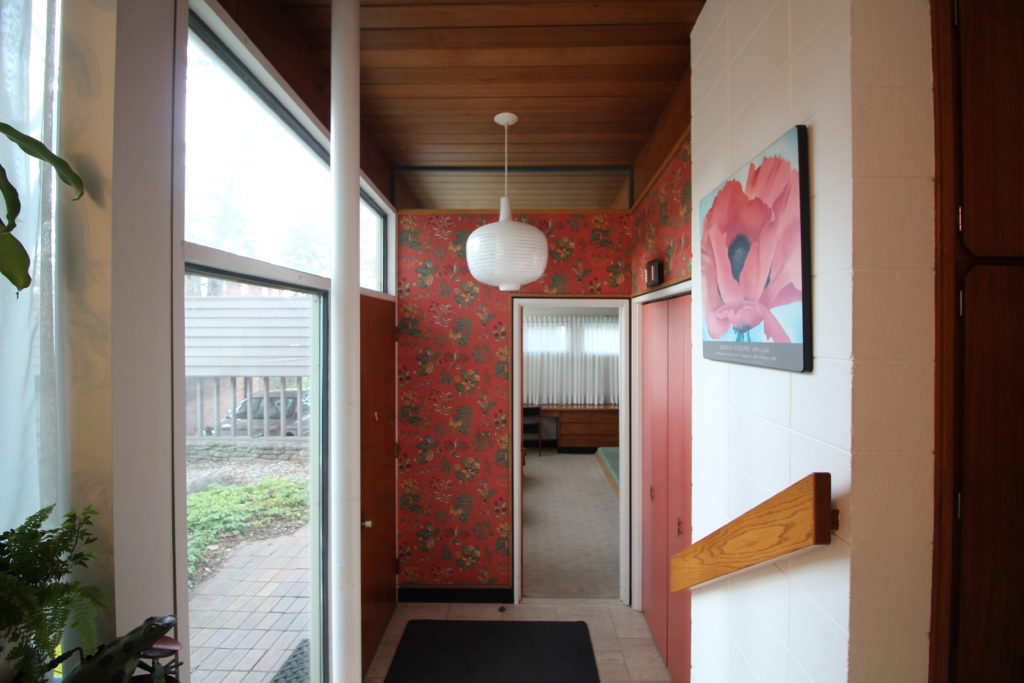 Almost hidden from the road, the large carport conceals pieces of the brick façade and encloses an interior courtyard. Immediately upon entering it becomes a midcentury paradise. Wallpapered walls, pendant lighting, wood accents, and a corner column are like a visual welcome mat. 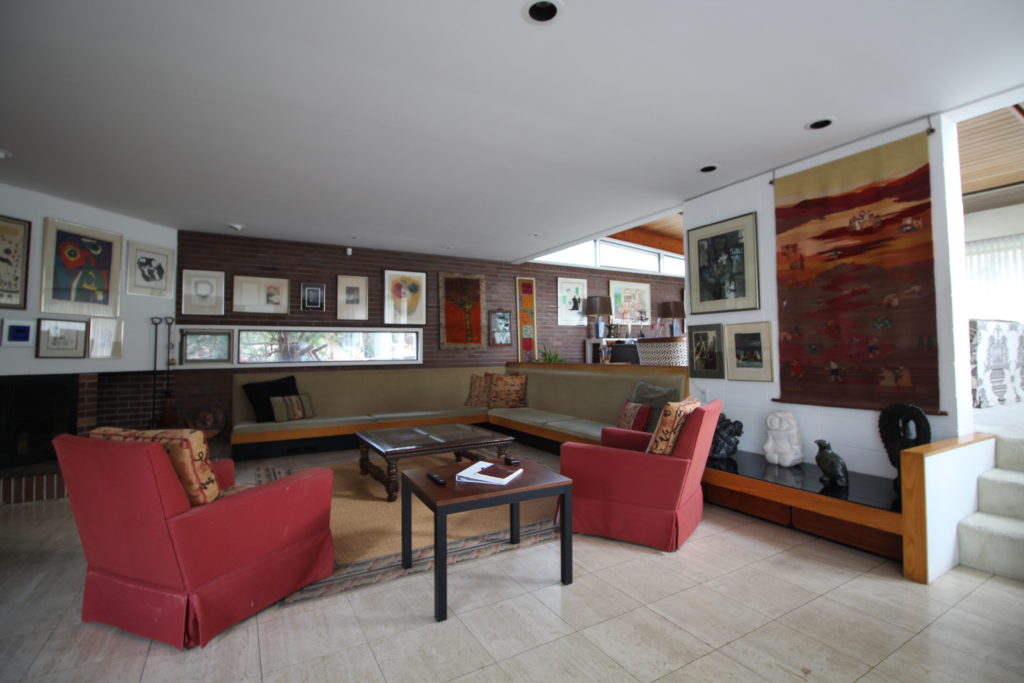 To the right of the entrance is the family room, dining room, and kitchen. The family room has a built-in wrap-around banquette (like many homes of this era, built-in furniture is a motif throughout), a brick hearth kiddy corner to the banquette, horizontal band of glass surrounded by a exposed brick accent wall, and is open to the living room above. 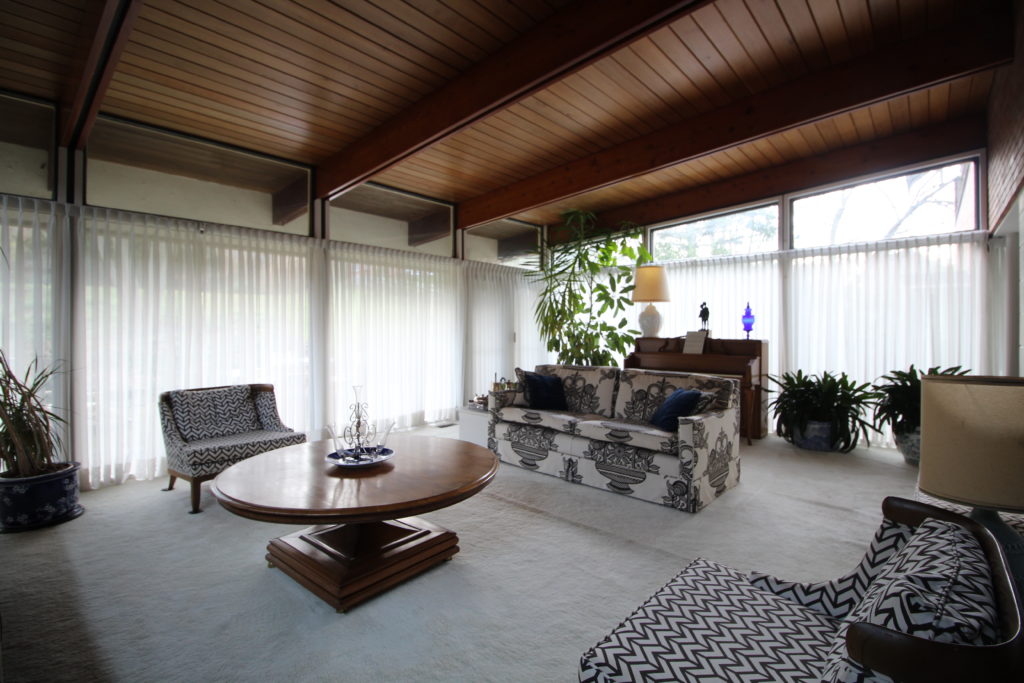 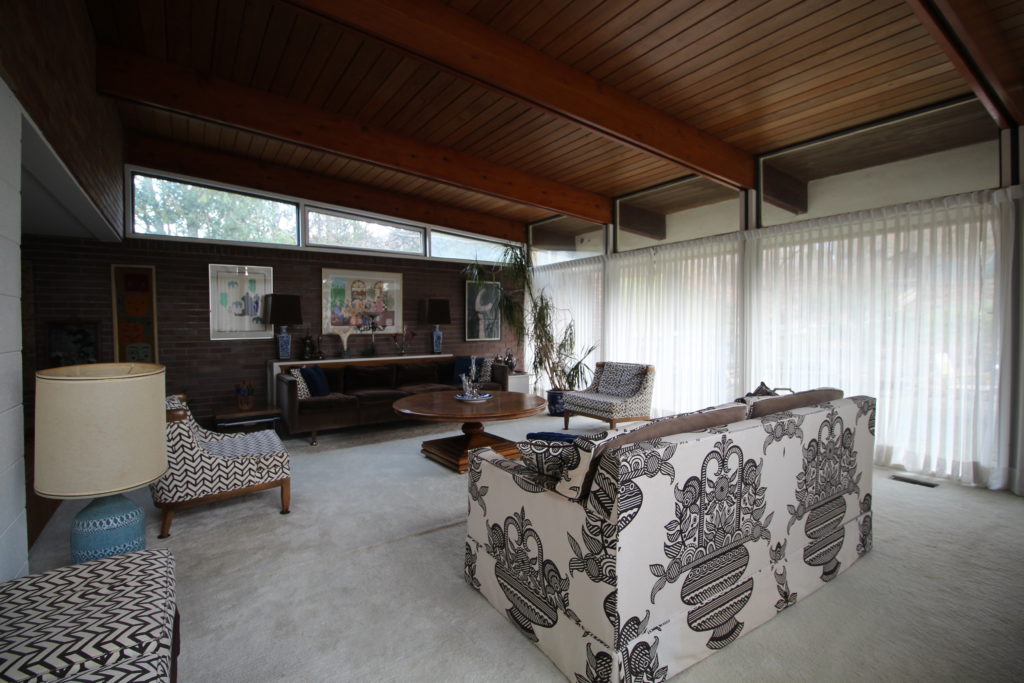 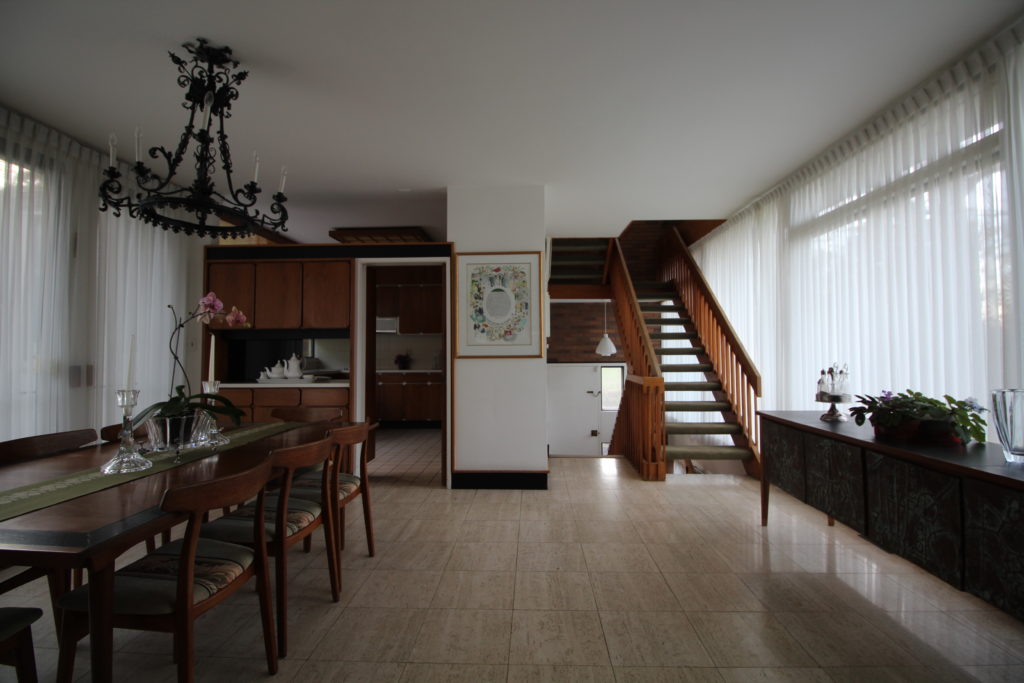 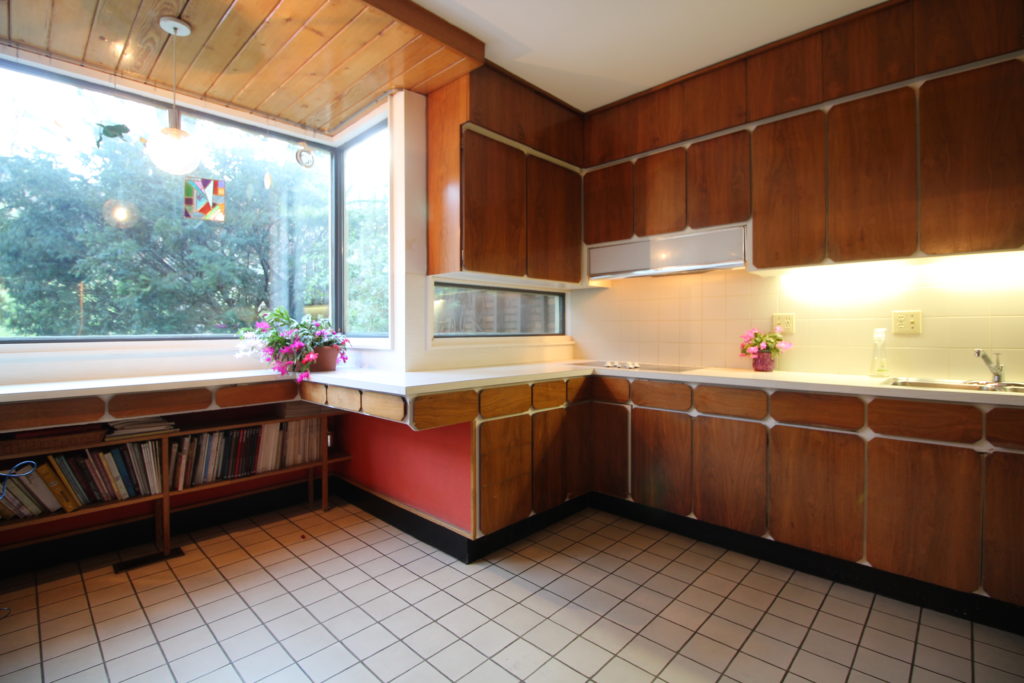 Though it looks small, the kitchen is very economical. Built-in multi-functioning countertops, a well-concealed hood vent, and simple cupboards with cut corners bask in the natural light of the expansive south-facing glass. It’s easy to imagine cooking feasts in this cozy kitchen nook. 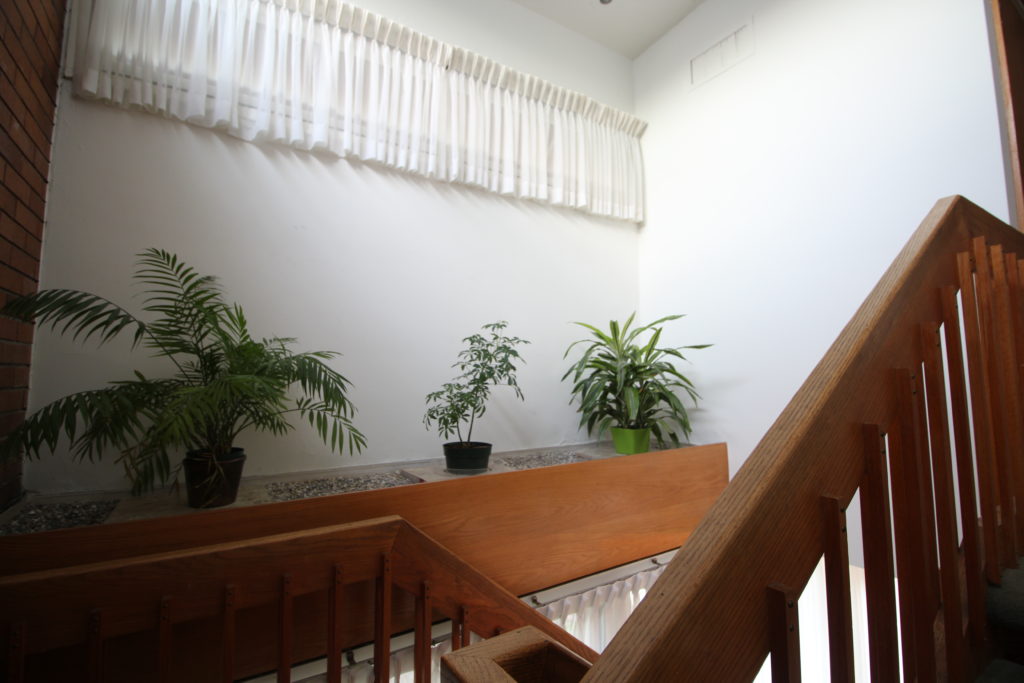 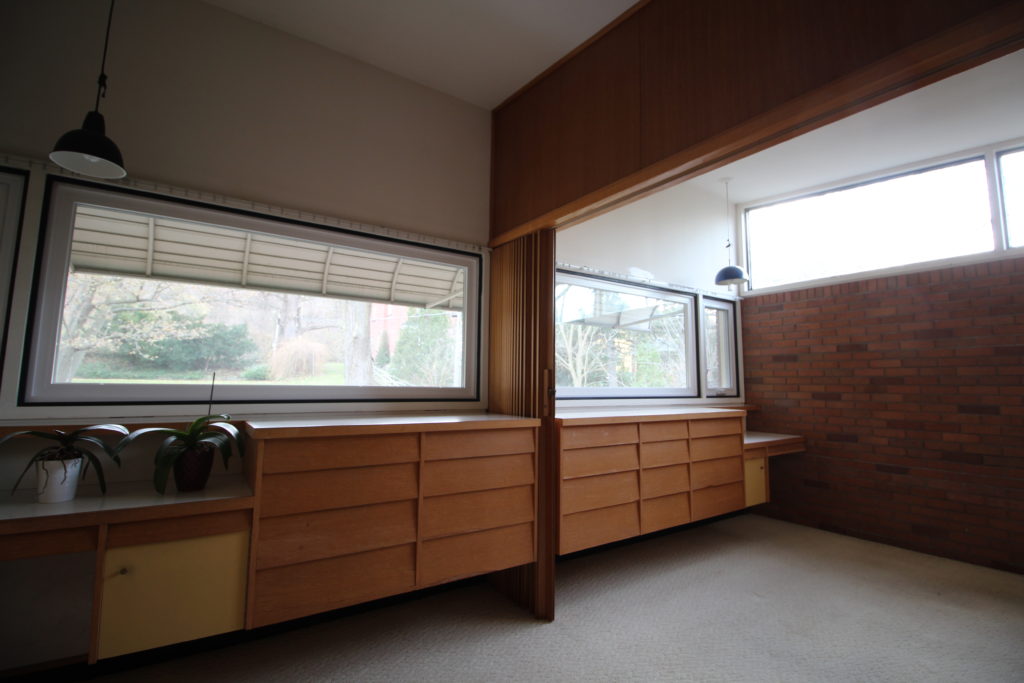 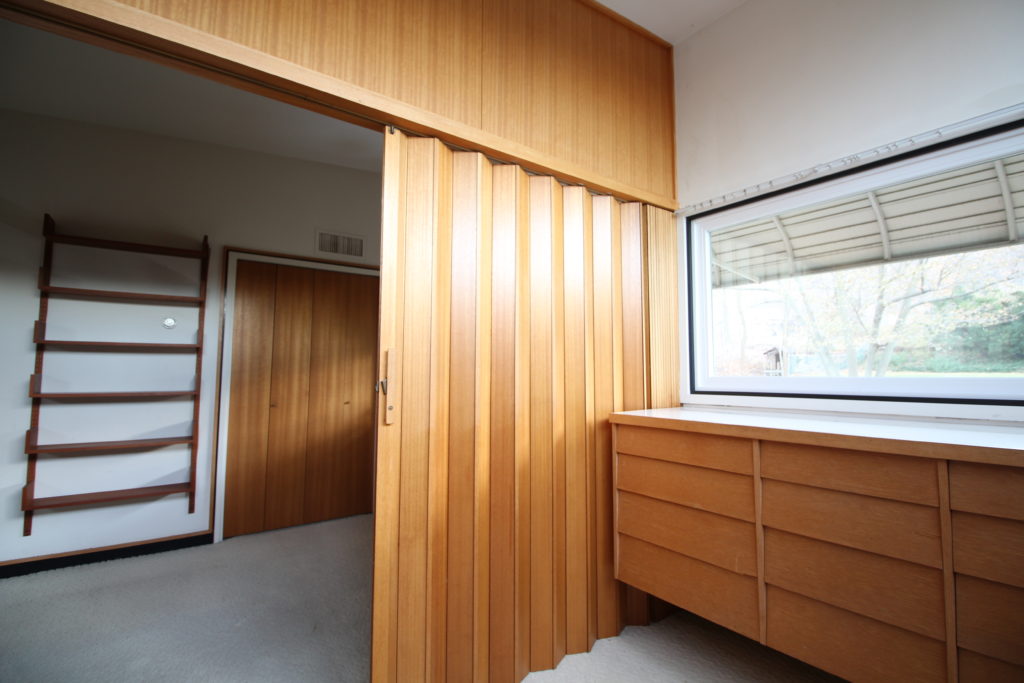 Up the riser-less stairs is what Markson dubbed the children’s wing. There are three bedrooms all with built-in dressers and vanity/desk space. Two of the three bedrooms even have built-in accordion dividers to split the room up for privacy, creating 2-in-1 rooms. 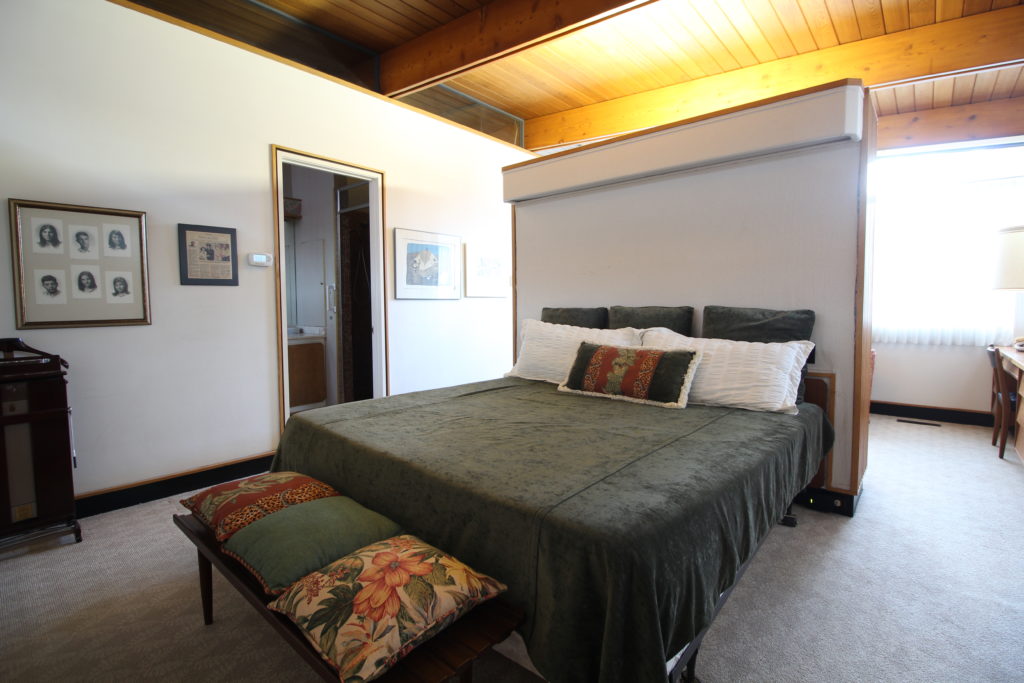 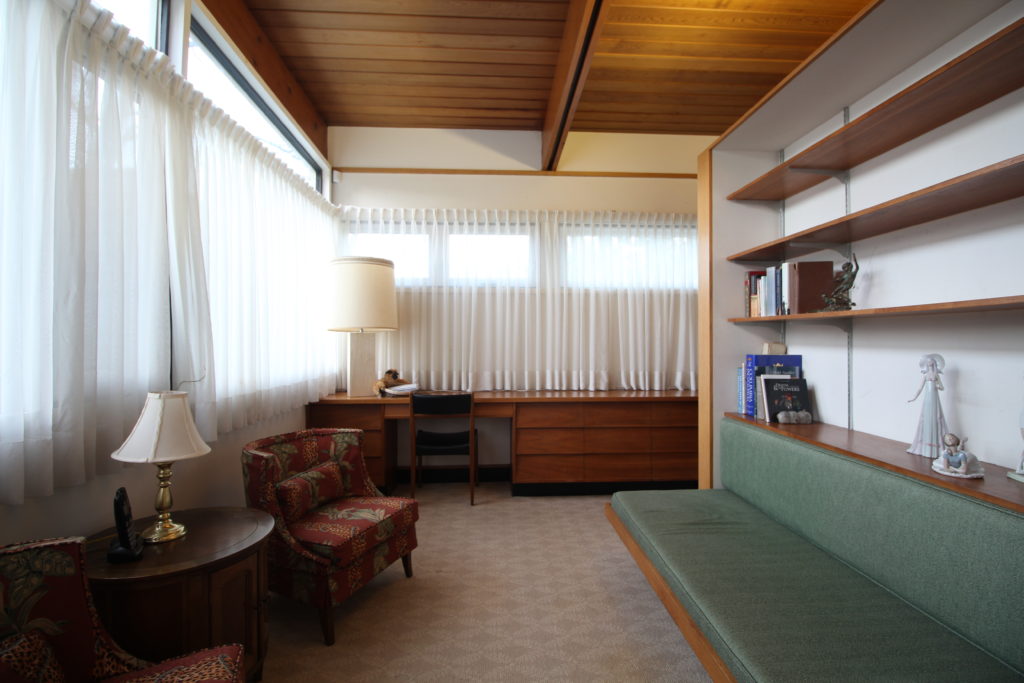 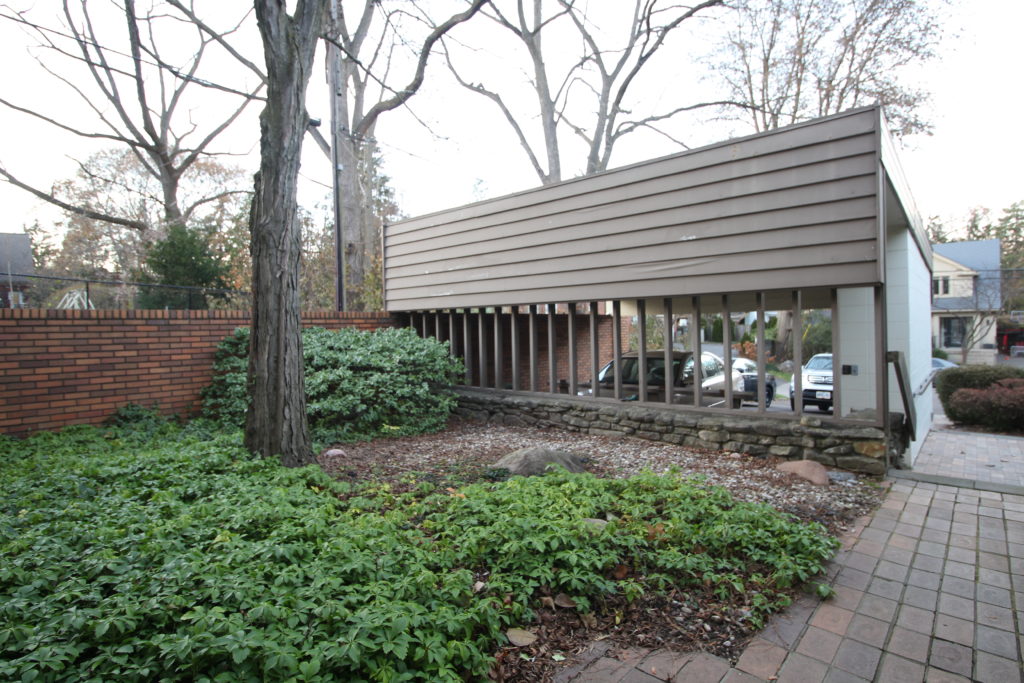 The master bedroom is located in an extended wing of concrete block to the left of the entrance. It’s a large room with a headboard that acts like a partition, dividing the space between the bed and a sitting area with a built-in bench that looks directly into the private courtyard. 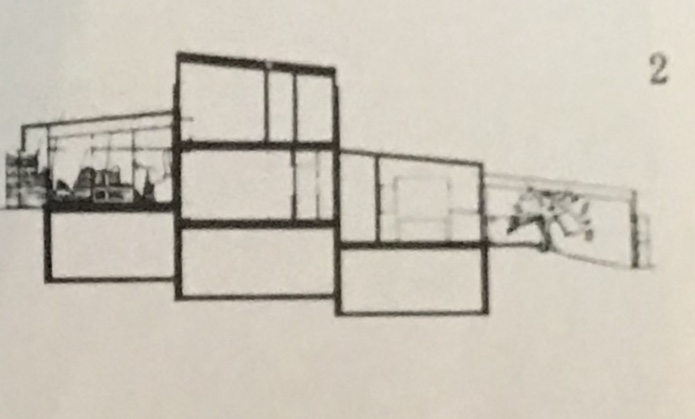 Markson masterfully incorporated the slope of the escarpment site into the layout of the house by composing a main floor through tiered elevations.  The living room sits at the highest point and it gradually drops from family room, to entrance, to master bed, down to the carport.

It’s easy to wax poetic about a house with so much character. Other than the owners eclectic taste in furniture and art, it stands almost untouched since the day it was built.  It exhibits an exuberance of a bygone era in architecture where open space and privacy were effortlessly fused together to create a house suitable for a family and for entertaining. The basement even has a wet bar and an elevated space with a pool table.

The house doesn’t need much, just some upgrades and TLC. Let’s hope whoever buys it preserves the character and of course, keeps the built-in furniture. It would be a shame to see such vision tarnished by shortsighted renovations.