We’ve been taking a closer look at the changing landscape of Hamilton’s built environment through mapping and researching the rise in proposed developments we are seeing throughout the city. Part two in this development series looks at mid-rises.

Mid-rise structures are generally defined as buildings with elevators between five and ten stories, but some three and four storey projects also squeaked their way into this article because of their massing and potential impact.

Though we’re seeing a surge in high-rise proposals, these types of smaller infill and reuse projects are integral to adding density and intensifying neighbourhoods without being too imposing on its neighbours. There’s also a better chance we’ll see these projects develop because of the economics and the higher demand for smaller “boutique” developments. But again, the author will reserve judgements for a recap article.

Without further ado, here’s a look at the list: 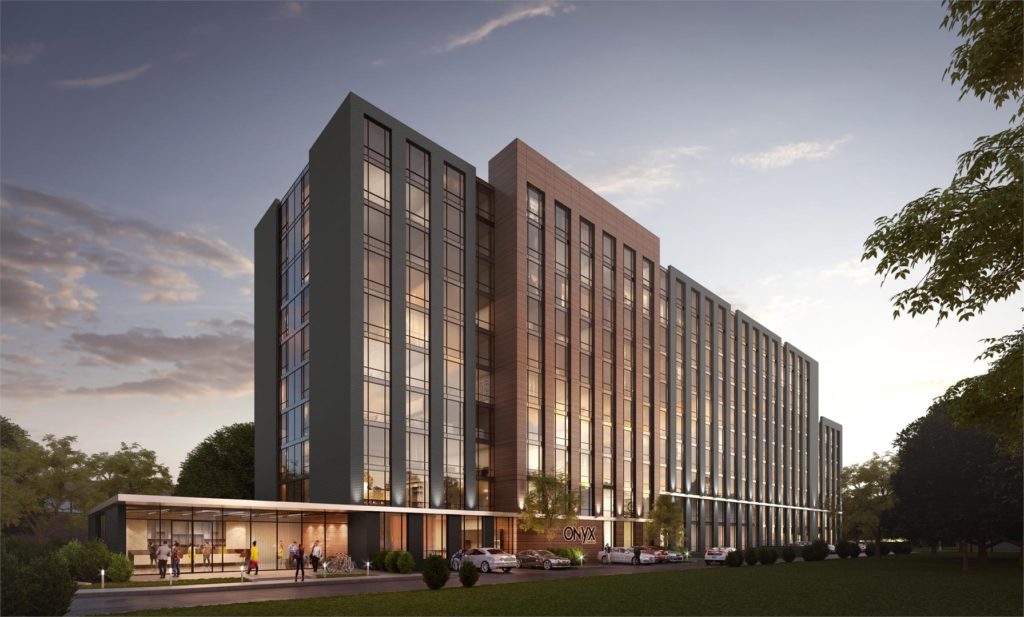 A project that’s been through multiple iterations, it has been on the radar since 2006. Onyx is a student residence planned for Hamilton’s West End, between McMaster’s campus and Dundas. This 7-storey condo will have over 100 one and two bedroom units. The project is still in play. 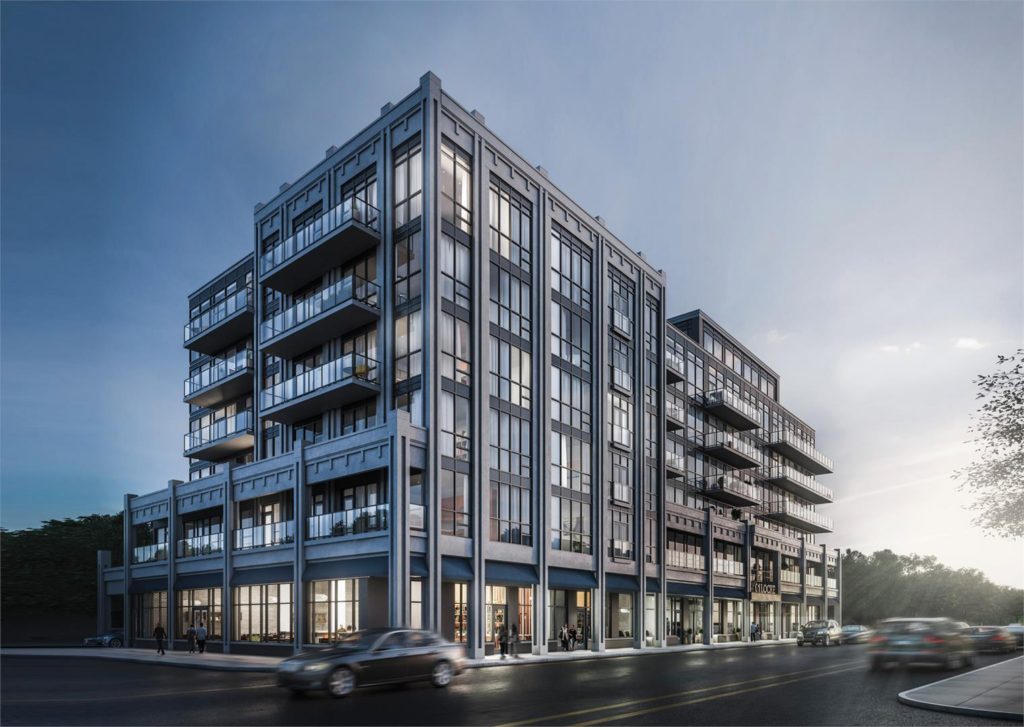 101 Locke aims to fit seamlessly within the quaint Kirkendall North neighbourhood. This mixed-use project is hoping to link the north and south sides of the commercial strip of Locke Street while also adding density amongst primarily single-family dwellings. Completely sold out, this mid-rise will have 80 units, 91 parking spaces below grade, 10,983 square feet of ground floor commercial space, and amenities like a yoga terrace, indoor rooftop lounge, outdoor rooftop patio, and fitness centre. Completion is scheduled for 2018. 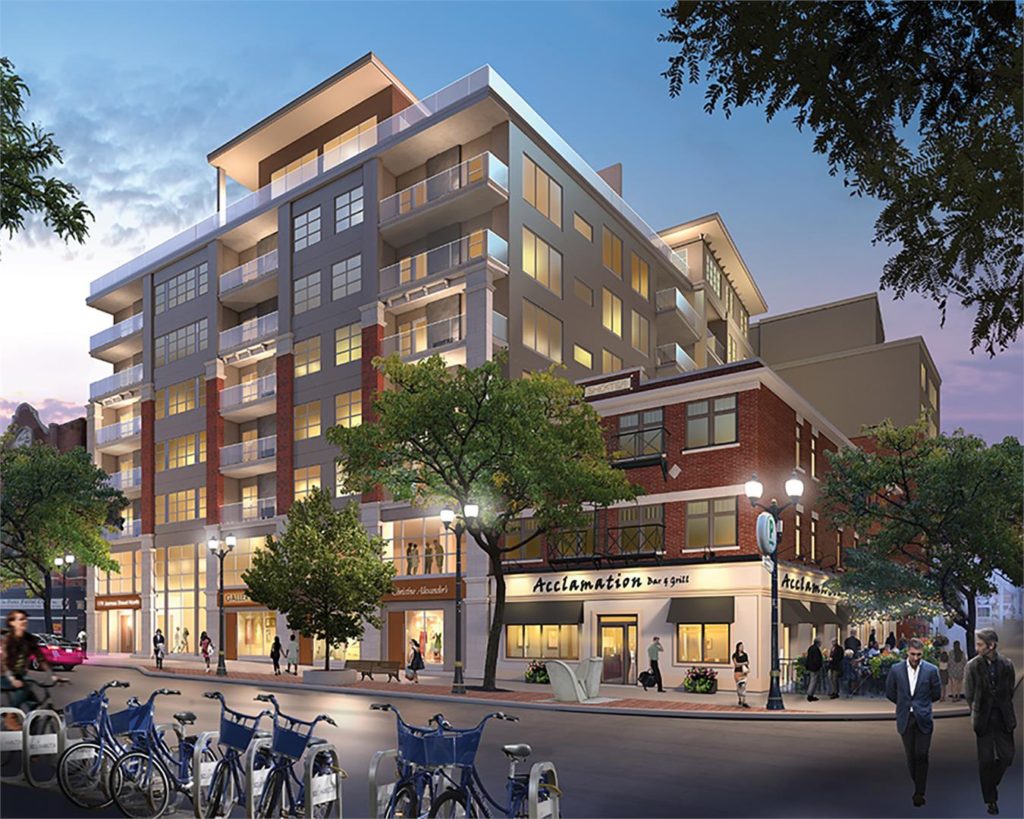 A development named after the restaurant it will encompass, Acclamation is another project that has seen multiple changes in both the design and architect. The 71 units range from 670-2000 square feet and there will be commercial space at ground level with office space on the second floor. Parking will be located underground and on the second level. This project is sold out and completion is expected by fall of 2018. 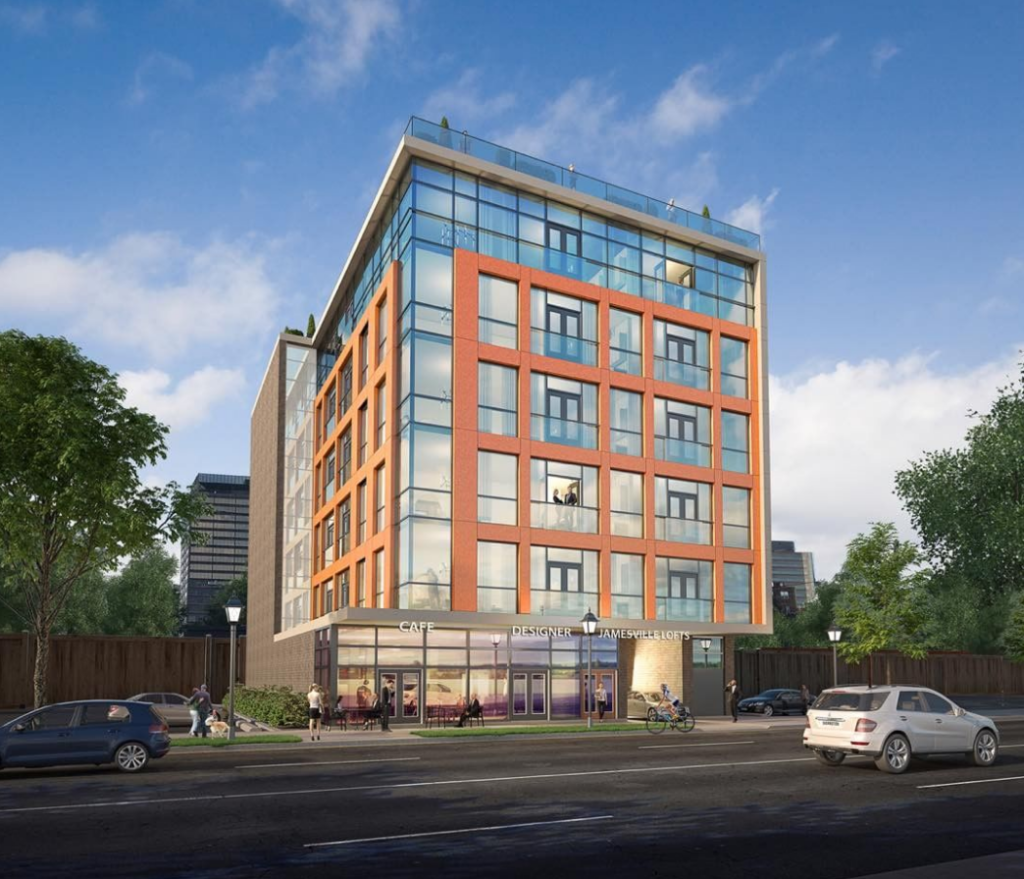 Located just a block south of Acclamation, there isn’t much public information about the proposed Jamesville Lofts. However, it looks like there will be 40 units, with several amenities like a rooftop patio, gym, entertainment room, and yoga studio. There will also be commercial space fronting Cannon. Prices are said to start in the low $200,000 range. 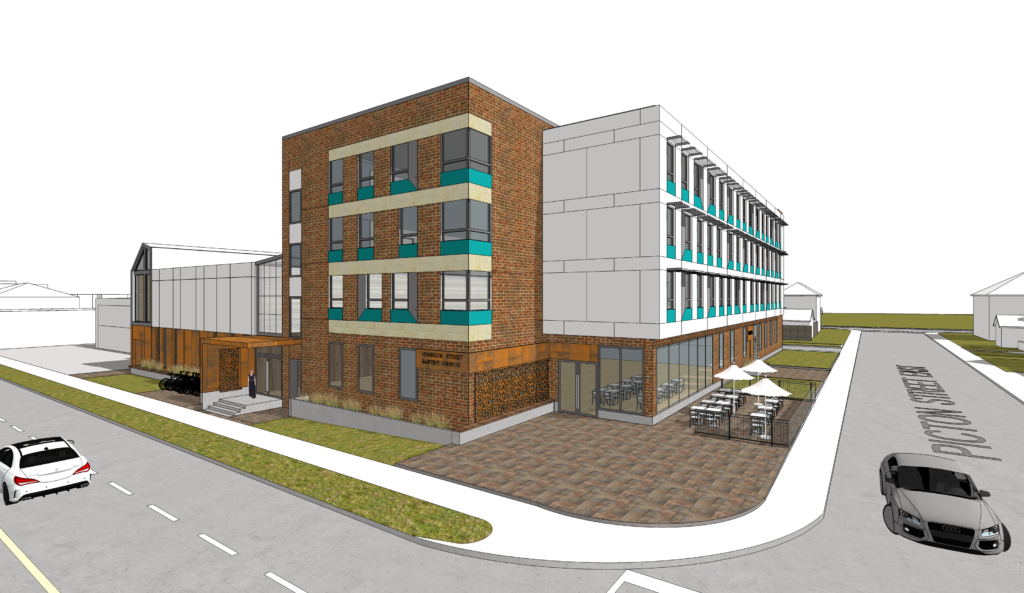 Once a strip mall, this affordable housing scheme will have 45 apartment units, ground floor and basement commercial space, as well as a large multi-use gym, Sunday school classrooms, nursery spaces, youth group spaces, church offices, a chapel, and more. Supported by $6.3 million in government funding, 500 James Street North is expecting to make a huge impact as a new community hub in Hamilton’s North End. Completion is expected for the end of 2018. 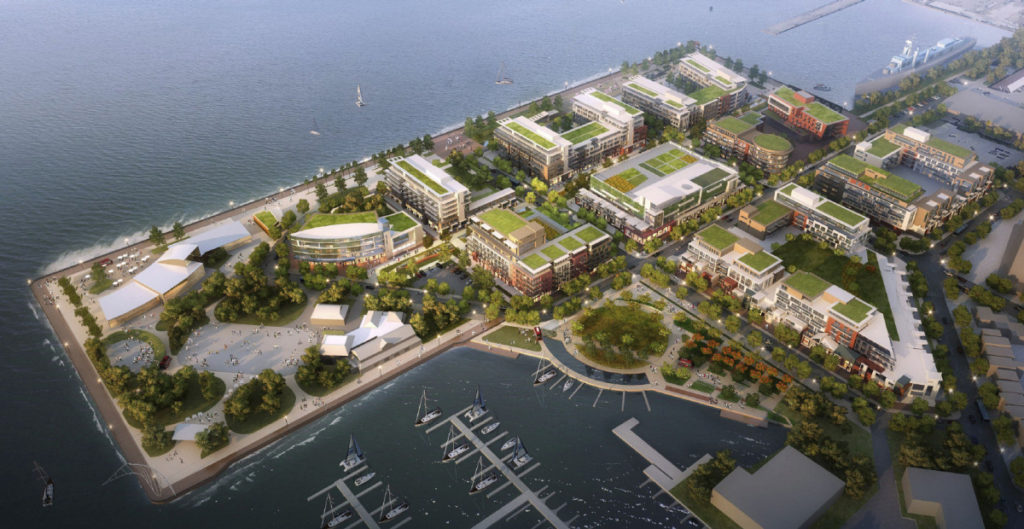 Some of the the best developers and most talented architecture firms in the country are vying to see who will make a splash with the ambitious Pier 8 waterfront development. 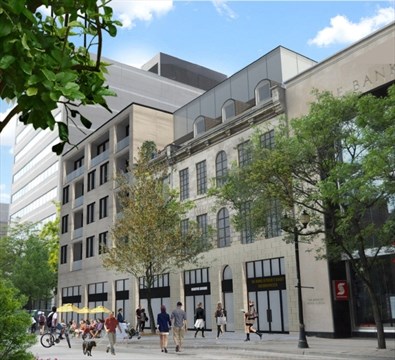 An extremely controversial development that’s seen a lot of resistance, Blanchard’s proposed development would mean partial demolition of a heritage streetwall in the heart of Hamilton’s historical Gore Park and see it replaced with a mixed-use condominium. Plans for the proposal include an undetermined amount of units and 4,000 square feet of commercial space along the Gore Park promenade. This project is currently going through Design Review. 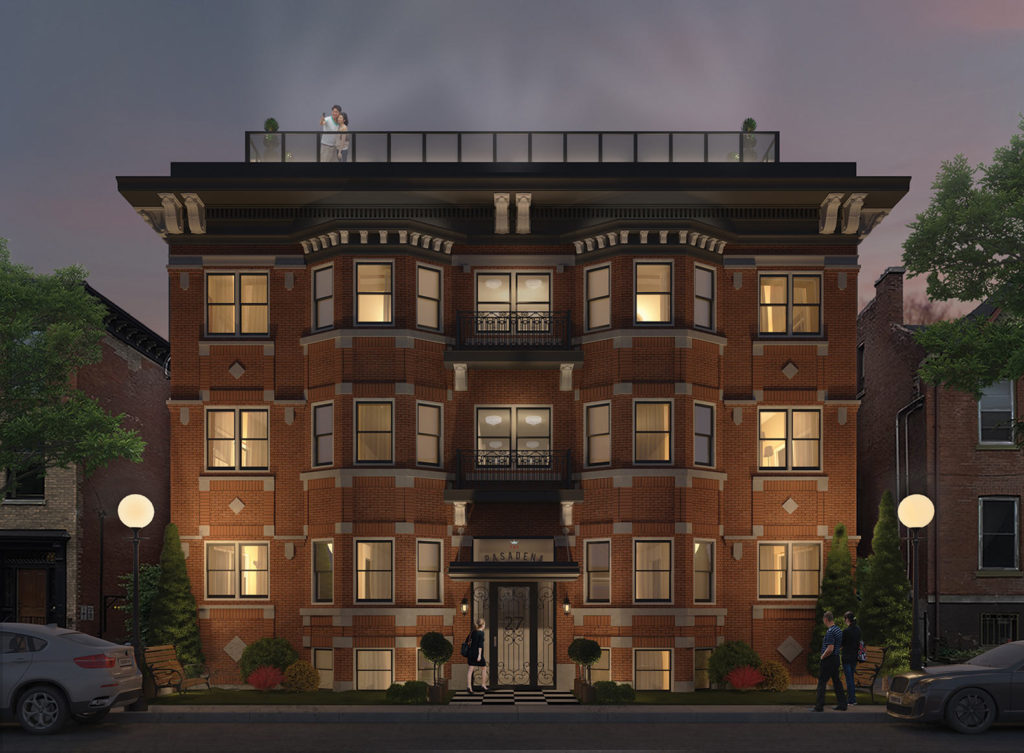 Like a Phoenix rising from the ashes, this handsome Italianate building is seeing a new life after a devastating fire gutted the apartments in 2014. Metro Partners are currently converting the heritage building into condos. Originally 16 apartments, the new layout will see the apartments divided into 32 smaller configurations. There is also a rooftop deck planned with several amenities.

A mixed-use mid-rise development that will include both condos and townhouses at the corner of Catharine and Forest, this project will have 10-stories of condominiums with 78 units and seven 3-storey townhouse units. 41 underground parking spaces will be available for residents. 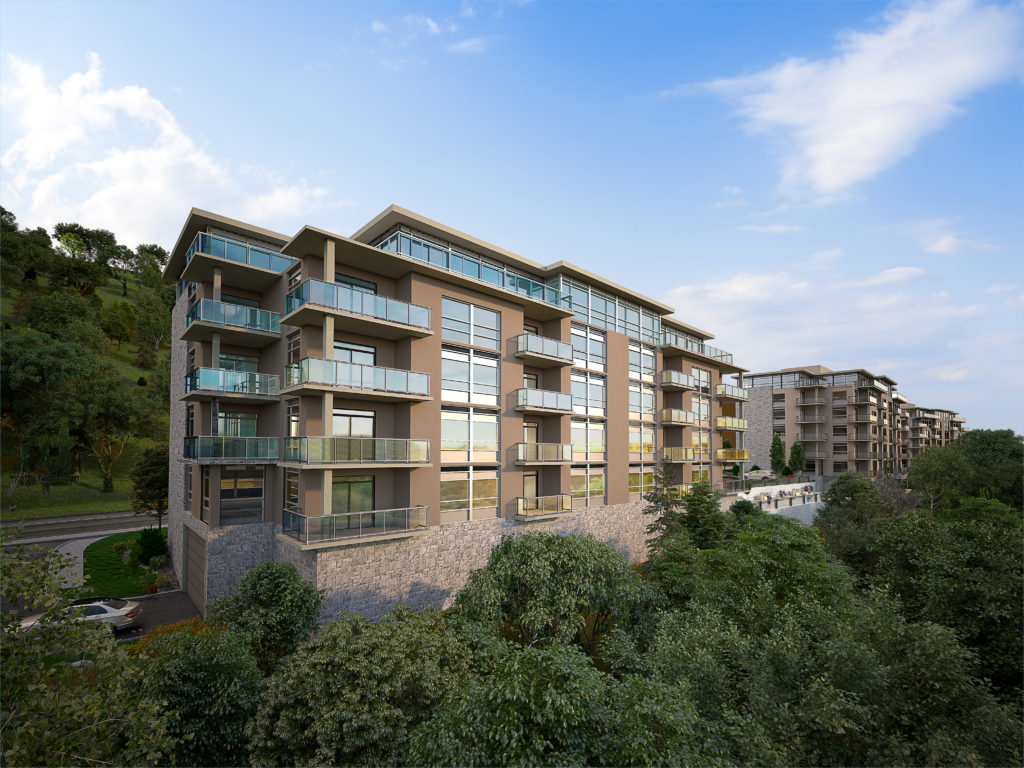 Nestled at the edge of the escarpment, Vista Condos will offer incredible northern views of the city for some lucky condo owners. These first two mid-rises will have 54, one and two bedroom units with parking on site. However, because of their location there will be no ground floor retail, but the condos will offer plenty of amenities. The first two phases are already sold out and units in Phase 3 are currently for sale. 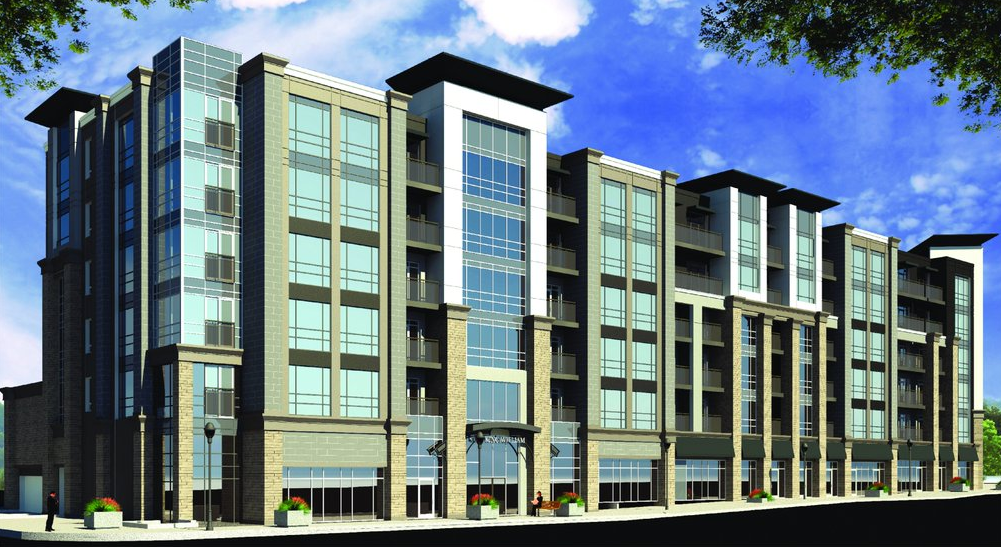 According to The Public Record this development would take up the whole block on King William between Jarvis and Ferguson. 108 residential units are planned, with 84 parking spots, and 6 commercial units at ground floor. Parking is planned for the rear of the building with an entrance on Jarvis.

It might be nothing more than a dream, but Stinson’s vision for the old 110,000 square foot Cannon Knitting Mills includes restaurants, an event centre, commercial shops, 150 condo units, and even a hotel. The units will range from 500-2,000 square feet. 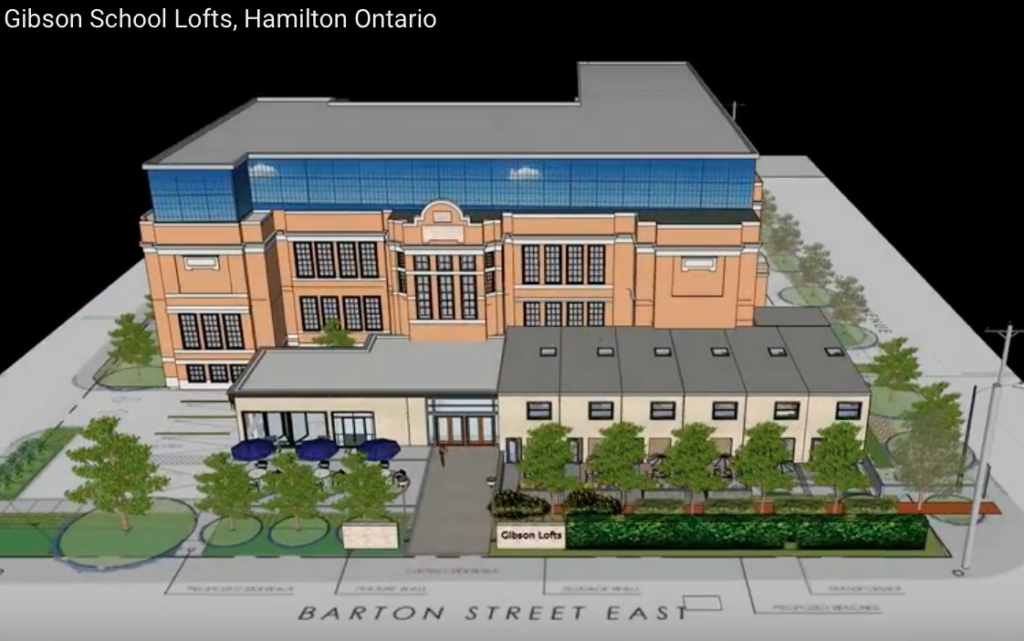 Touted as the sequel to the Candy Factory Lofts on Queen Street West in Toronto, the idea behind Gibson lofts is to convert the vacant Gibson School into lofts, while adding a row of townhouses along Barton Street.

This new YWCA will have 50 affordable apartments for women and children, as well as multi-use recreational spaces on the ground floor and basement. Invizij Architects did the preliminary design, but the YWCA is undertaking an RFP to determine whom the architect will be to see the design through. Completion for the new YWCA on Ottawa is slated for the end of 2019. 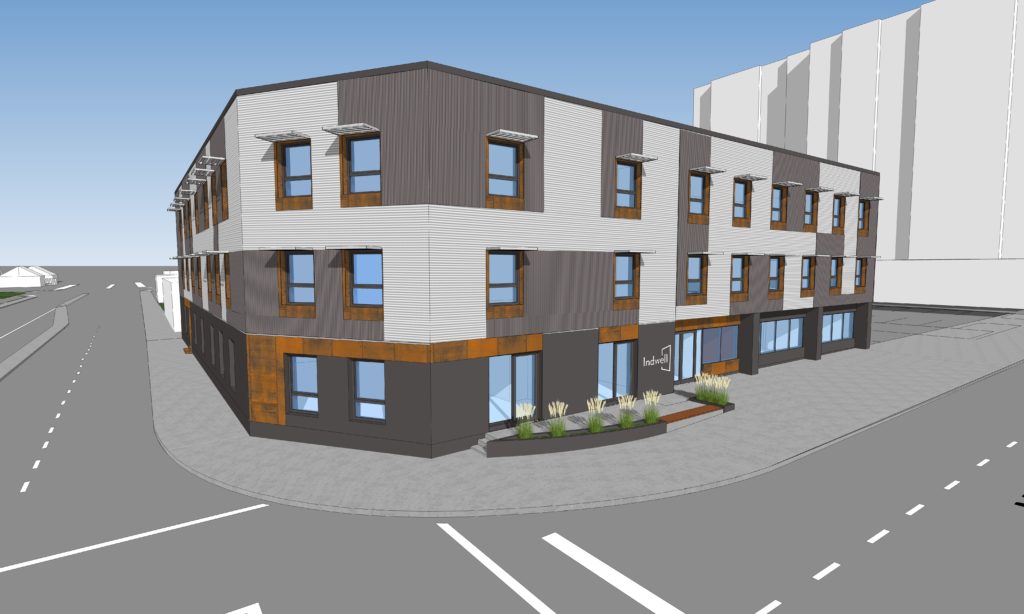 Indwell is turning the derelict George and Mary Tavern into a 57 affordable apartment development. The ground floor will have a neighbourhood food hub, offices, and two retail storefronts. The project is listed in the International Passive House Database. Completion is scheduled for summer 2018. 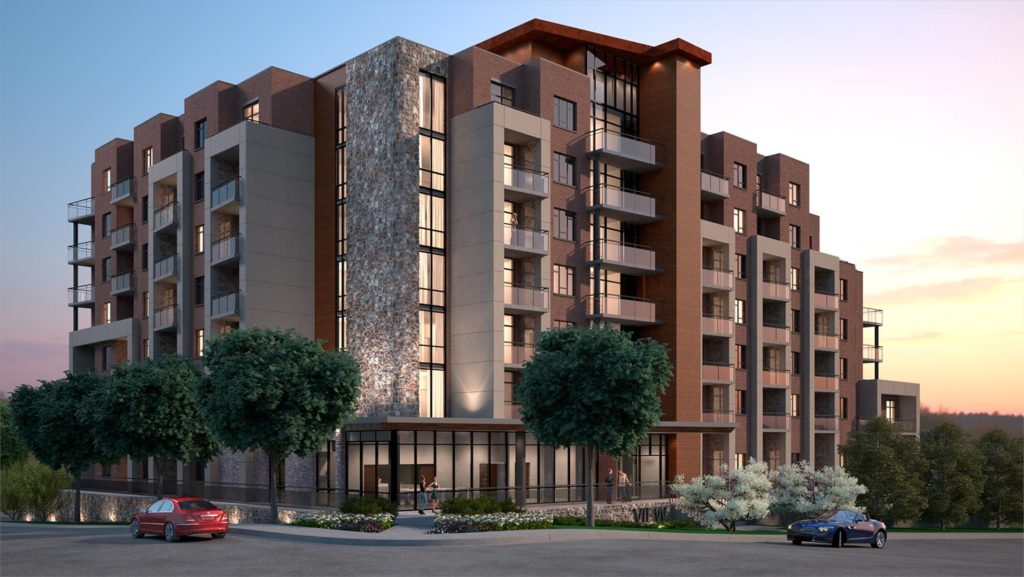 A new development in Waterdown that isn’t subdivisions, The View will be 7 stories, with 97 units ranging from 620-1441 square feet. Parking is located underground, but no ground floor commercial space is planned for the development. Units are already for sale.

Here is a map indicating where these developments are located (the green pins indicate mid-rises) :

This is the second article in a series of posts about planned Development in Hamilton. Stay tuned for the next post on Commercial developments.

Again, special thanks to David Capizzano for the help.