The Glanbrook Municipal Service Centre isn’t something you’d see everyday when driving through the country. A post-modern pyramid, the building was designed by Chamberlain Architects Services Limited and was completed in 1995. 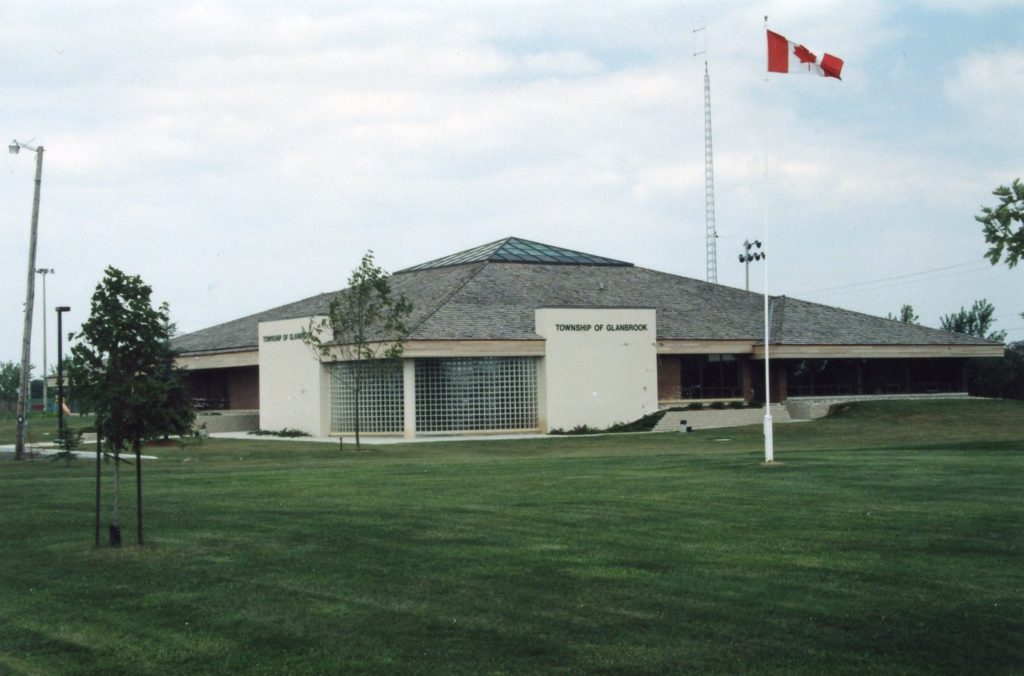 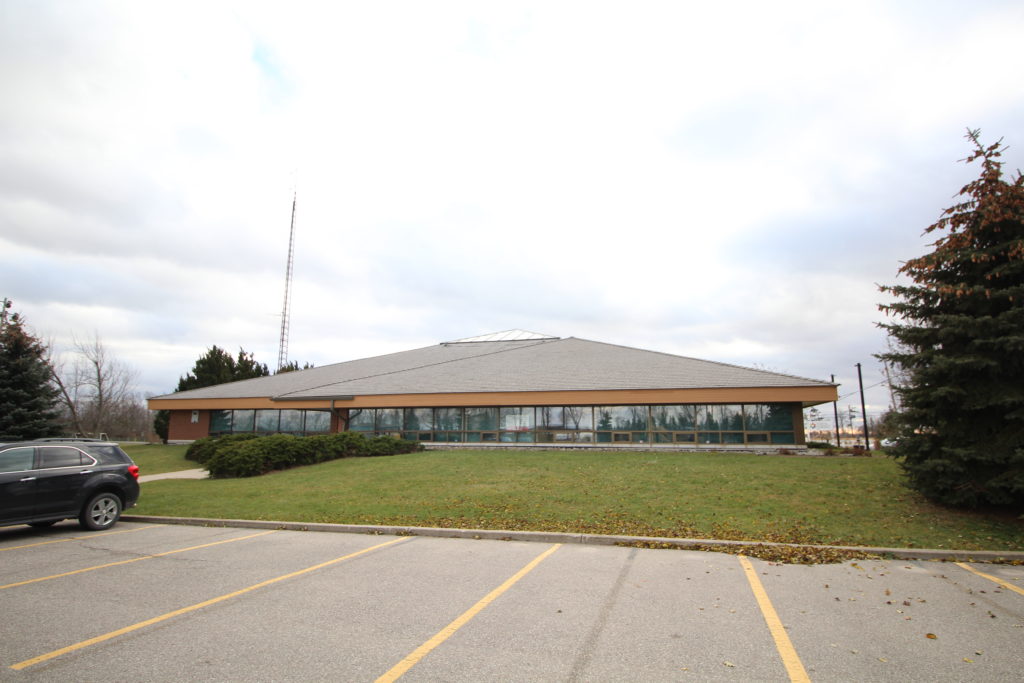 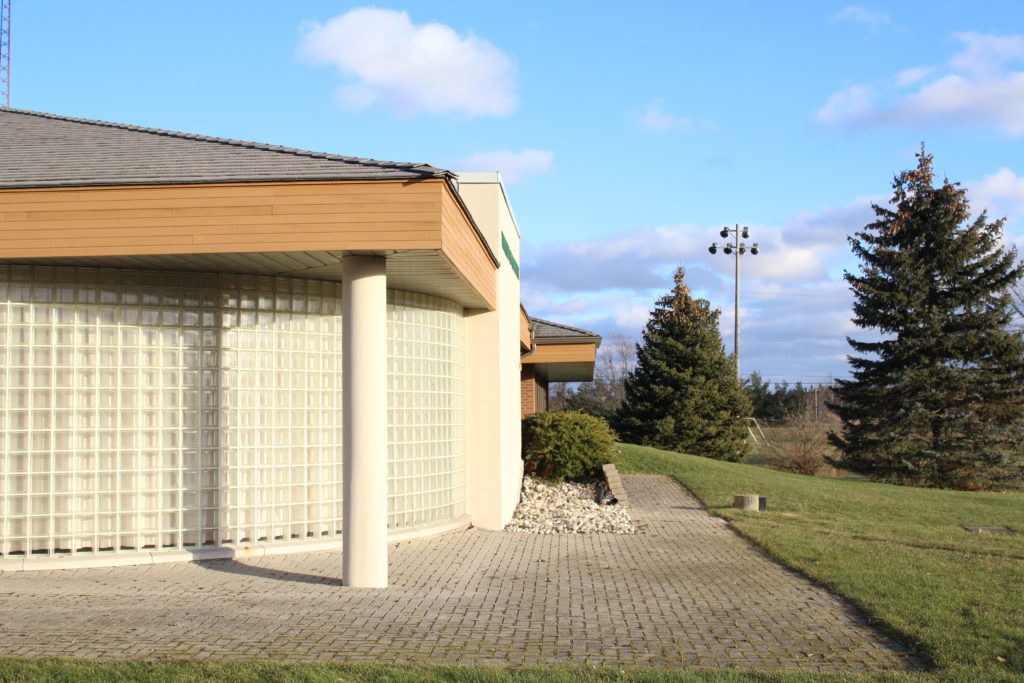 It might be a post-modern design, but it has a lot of Prairie Style influence, like its emphasis on the horizontal, the overhanging eaves, its subtle integration with its surroundings, and the low-slung, pyramidal hipped roofline. The PoMo flair is also there. The rounded, cut corner of glass block bound by vertical slabs with an exposed concrete column breaks away from the formality of the structure. And inside it’s even more noticeable. 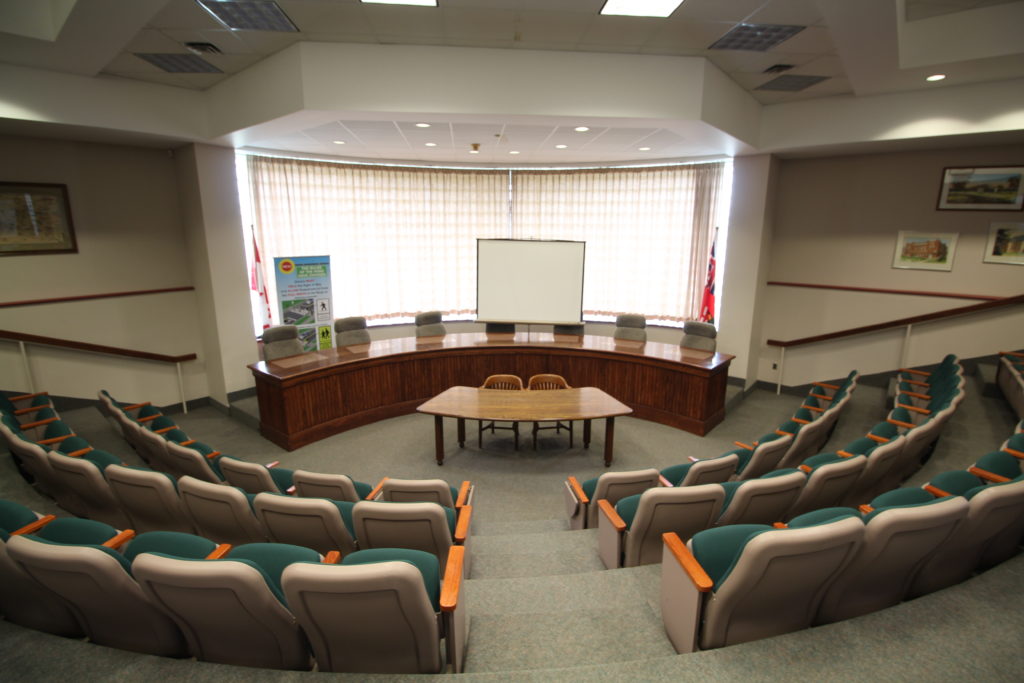 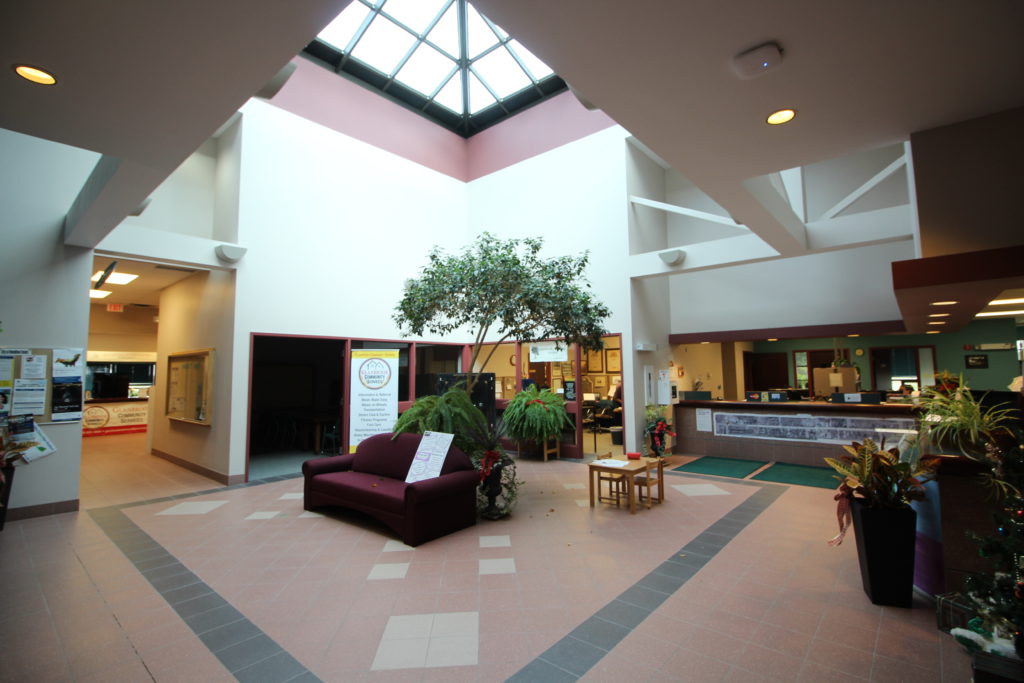 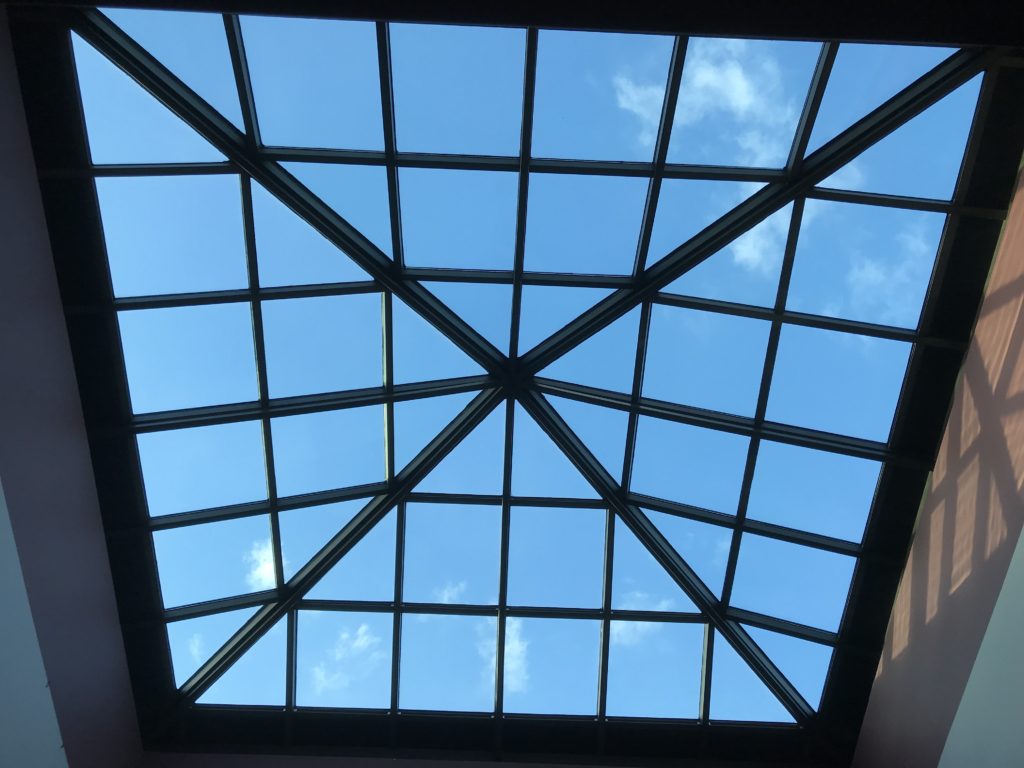 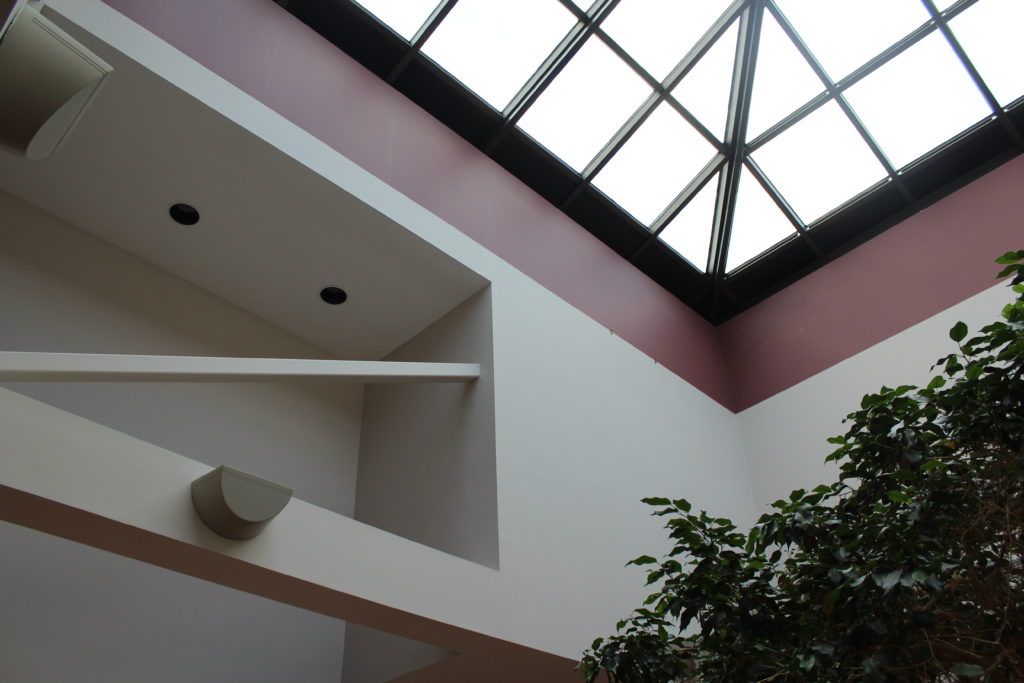 The council chambers is sunken, which is still frequently used for meetings, and sits to right of the entrance with the glass block brightening the space. Pops of colour and white walls surround the double-height atrium, a large pyramid skylight rains natural light on the ficus benjimina, and glimpses of recessed walls reveal exposed steel framing above.

There’s a lot of history leading up to the opening of the Glanbrook Municipal Service Centre. It goes back two amalgamations.

Before Glanbrook, there was a few different towns: Glanford, Mount Hope, Binbrook, and other nearby communities. Glanford had its first recorded council minutes dating all the way back to 1850, where they’d meet at the Terryberry Inn. In 1904 the township moved to the newly built Glanford Community Hall. When the towns merged into Glanbrook in 1974 the Glanford Community Hall was then renamed Glanbrook Town Hall.

Council was held there until 1990, spending the next few years meeting at Bobbie’s Restaurant before the Glanbrook Municipal Service Centre opened in June of 1995. 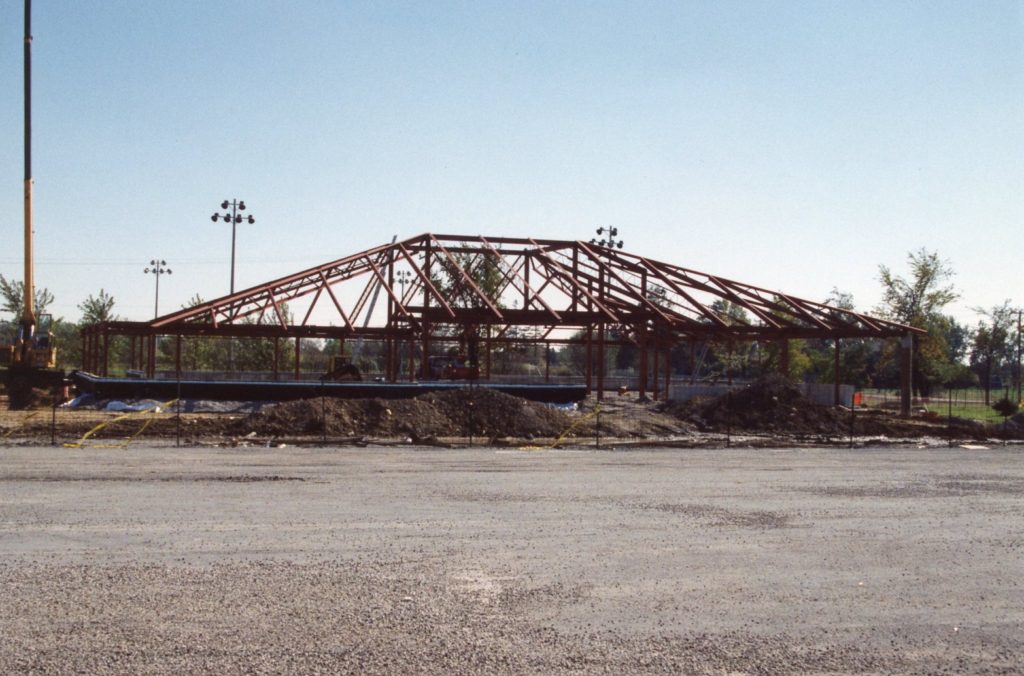 With no council meetings anymore, programming has changed since the amalgamation in 2001 when Glanbrook was dissolved. However, the centre houses many municipal services, including a building department, an arena manager, the Glanbrook Heritage Society, and Glanbrook Community Services.

The city owns over 30 acres where the Centre is located. Its surrounded by the Glanbrook Arena, the Glanbrook Sports Complex, the Binbrook Community Garden, a cenotaph, and a cemetery.

Thanks to the Glanbrook Heritage Society for providing archival photos and additional info.