Game on at Mancala Monk

The next time you’re at a loss for what to do with friends and fam, or to break the ice with that first date, I’ve got your new favourite hang out spot right here.

Board game cafés saw a rise in popularity in the GTA when Snakes & Lattes opened in Toronto in 2010. Here in Hamilton, we saw Gameopolis open in 2013, the first of its kind in the city. Matthew Burrows and his wife were a fan of the concept – they loved the idea of getting together with friends to eat, drink, and play some games. The couple had been looking to start their own business and were inspired to offer Hamilton another gaming spot in 2015. With that, they introduced Mancala Monk. 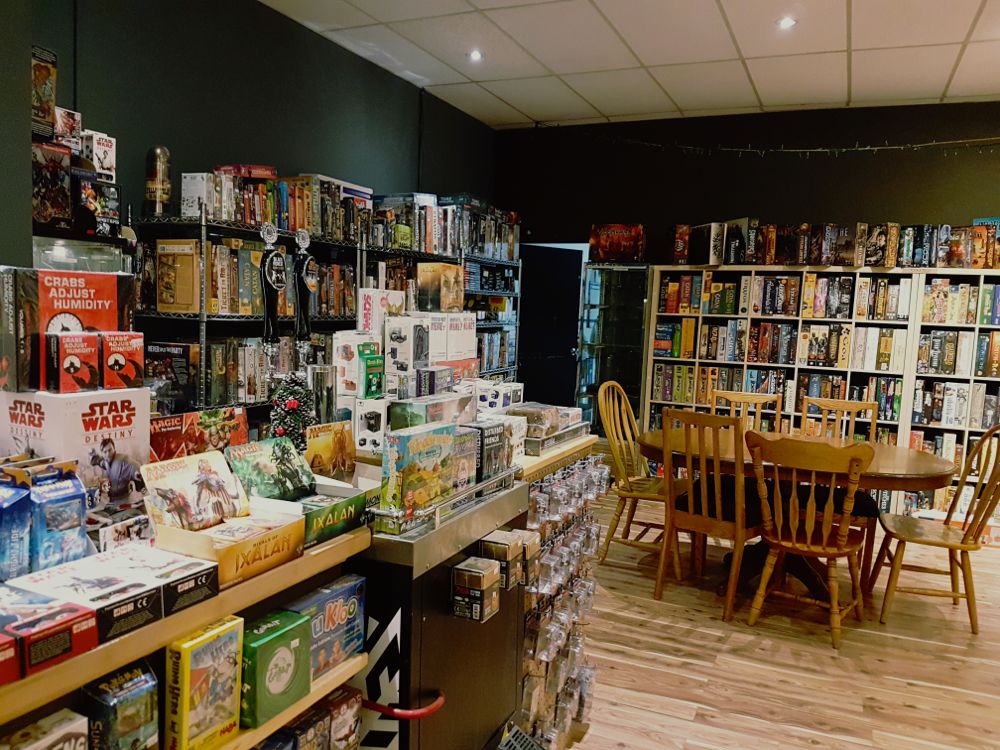 “Hamilton has a huge gaming community,” says Matthew. “Lots of local comic book stores which serve as gaming stores; that’s where I’ve been playing for years.” Being fans of Gamepolis downtown, they ventured to open up a second board game cafe in their own neighbourhood, in Hamilton’s east end just off Ottawa Street.

Mancala Monk boasts over 1200 games that are broken down by type and number of players. Do you like trivia? Strategy? Something more lively? There is quite literally something for everyone. Pay your $5 cover fee and you can choose any number of games and play to your heart’s content. Pro tip: Tuesdays are half-price. 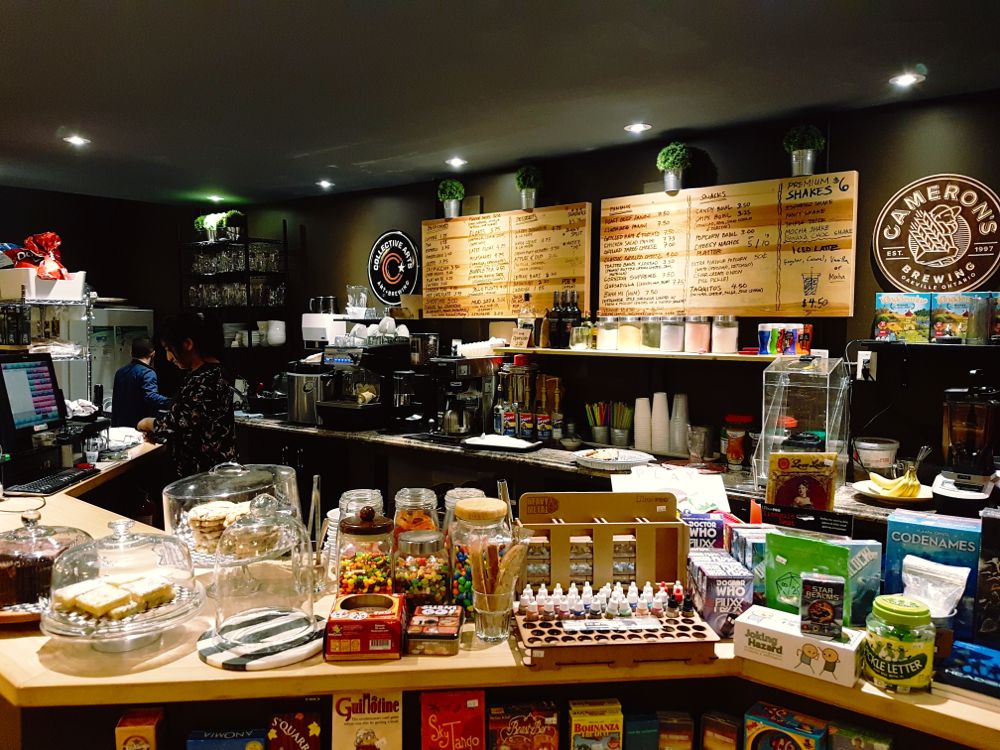 The diverse menu is almost as impressive as the amount of games. Serving up local, organic, fair trade coffee, you can stay fueled with your favourite caffeine-filled bevvy. But that’s not all – they make smoothies, milkshakes, bubble tea, floats. For something with a little more kick, they have a great selection of craft beers.

And what’s a games night without the snacks. The menu is filled with delicious desserts, baked goods made in-house, paninis, nachos, popcorn, candy, and more. Another pro tip: they offer both dine-in and take-out, and you can pop in for a drink or bite to eat any time without playing a game (no cover charge).

Board game aficionado Steven Edmonds walked into Mancala Monk one day as a patron and soon became a member of the team. With his extensive knowledge and passion for games, he is the perfect person to show you the ropes. The fun part about working at Mancala Monk is not only playing the games, but continually learning new ones. Matthew says they learn a couple of new games every week to keep expanding and challenging themselves. You can go to them for help explaining a game or to recommend the right one for you. 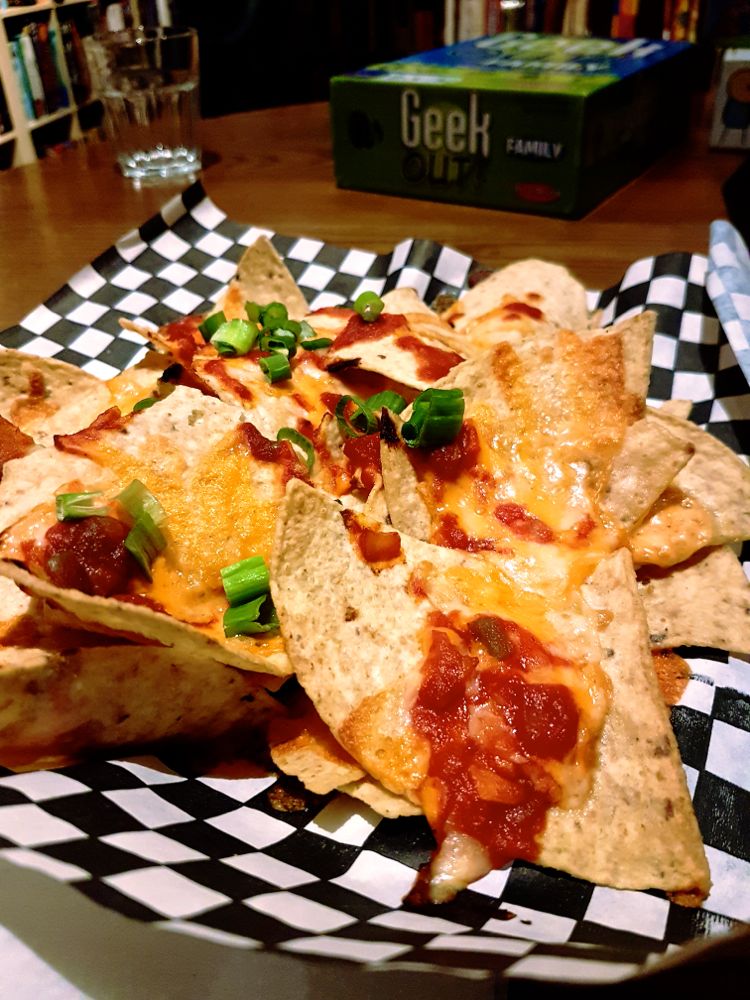 To stop and think about how board games began and their place in culture is something I had never considered, but it’s a fascinating history. The café’s namesake comes from Mancala, one of the world’s oldest board games, originating in Africa. Another game dating back is Kemet, from ancient Egypt. “It involves some degree of chance,” describes Steven. “If you were a good Kemet player, you were seen as blessed by the Gods and pharaohs were buried with Kemet boards.”

“The board games we know and love didn’t really come into play (pun intended), until about the 1930’s when the Great Depression hit. That’s when Scrabble, Monopoly, Battleship, Clue, all those classic games came into being,” Steven continues. “It was the Depression, nobody had the money to go out, so they sat at home and played board games. It was the start of the ‘family gaming’ idea. Clue was invented specifically for people in bomb shelters for something to do. During the Second World War, Monopoly was sent by the Red Cross to POW’s in Germany with escape implements in the box. The history of board games is a lot more interesting than one might think.” 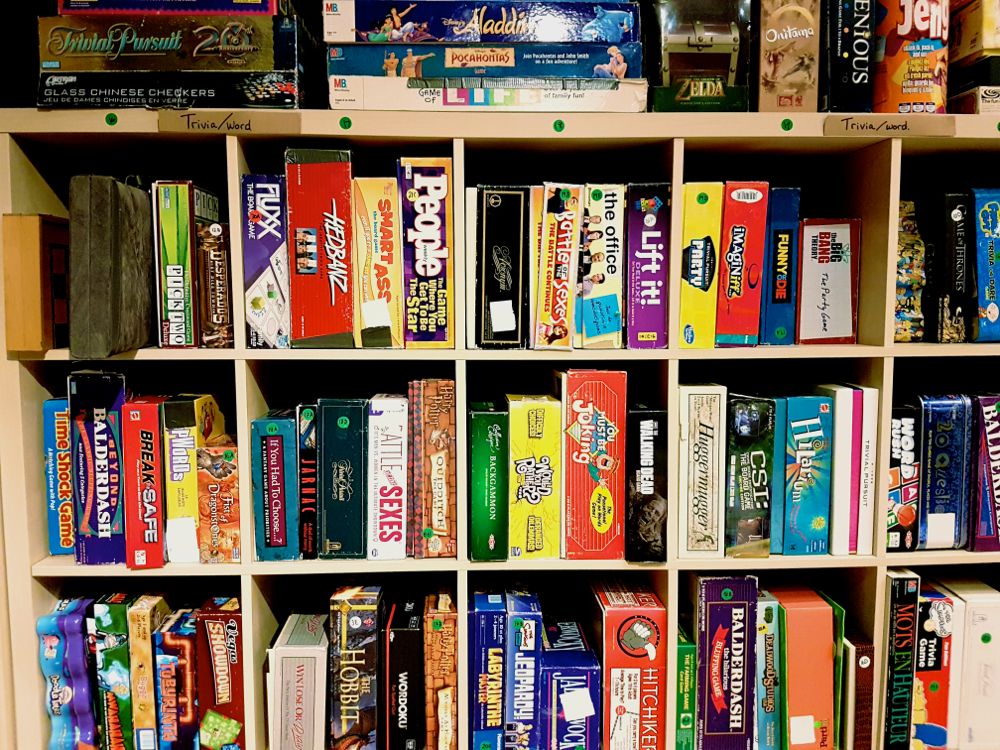 Board games are not only a fun time and but are also excellent for exercising the brain, sharping quick-thinking and memory skills. Mancala Monk also holds dozens upon dozens of kids’ games as well.

Matthew observes that we’re in the middle of a board game renaissance. “There are a lot of great theories about why that is,” he explains. “People want that face-to-face, human, social interaction.” In today’s age where we’re glued to our phones and communicate behind screens, board games are a refreshing way to bring back that interpersonal, tactile experience that is often lacking. 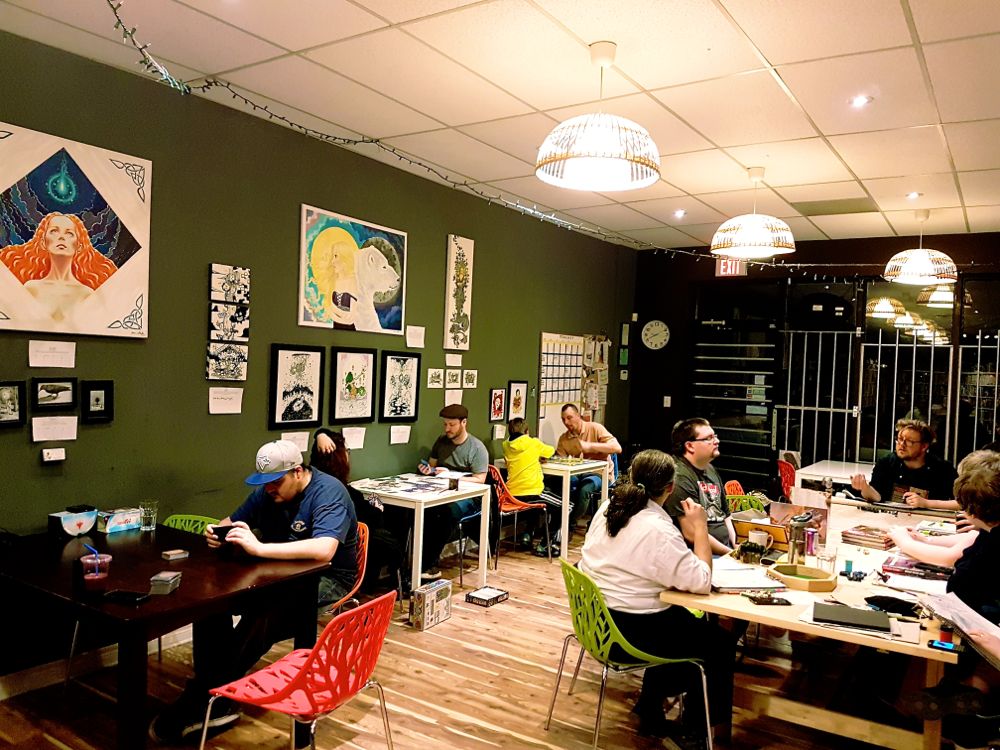 You can check out Mancala Monk’s events page for special days including the monthly comedy show Comic Encounters with host Clifford Myers, the weekly TGIFridates deal for couples, and regular D&D and Magic the Gathering meet-ups.

Go get your game on!

Quotes are taken from my conversation with Matthew and Steven on 93.3 CFMU.