Growing up in Dundas everybody knew the Schwaben Inn. It was an institution. A place to go for schnitzel and catch up with neigbours or meet new friends. The restaurant closed its doors for good in 2011 after 34 years of business. “Nostalgia” took over and eventually closed soon after. Same kind of restaurant, not the same feel.

Now there is a new restaurant in its place, Betula Restaurant, and its already creating a stir amongst the locals. 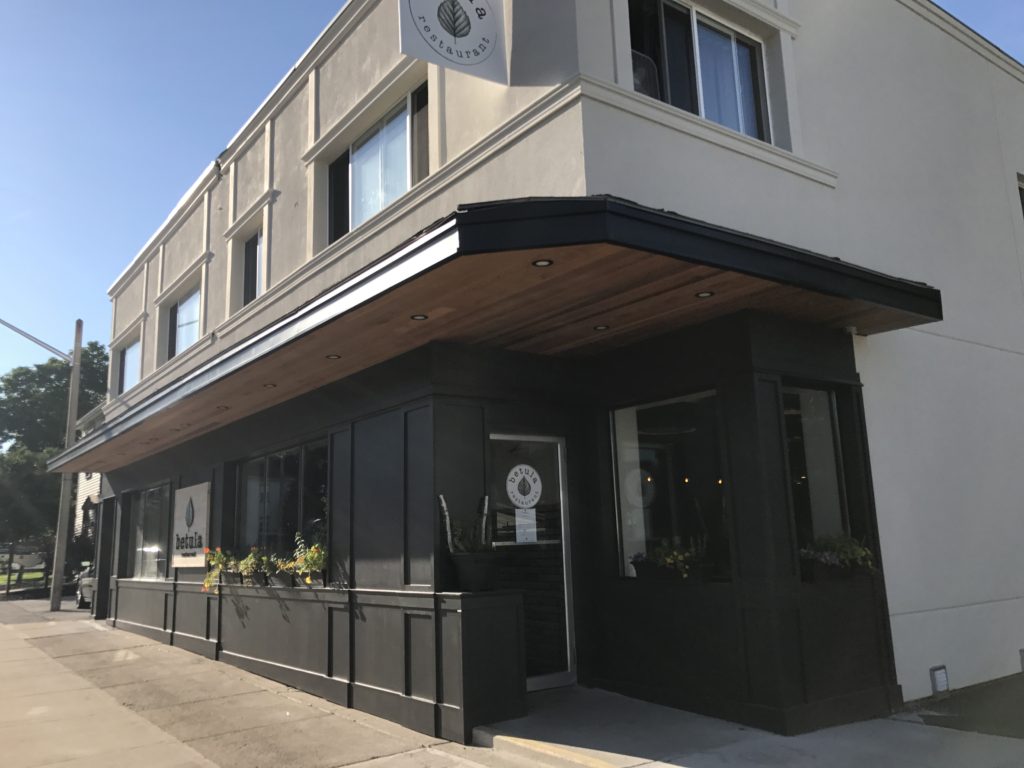 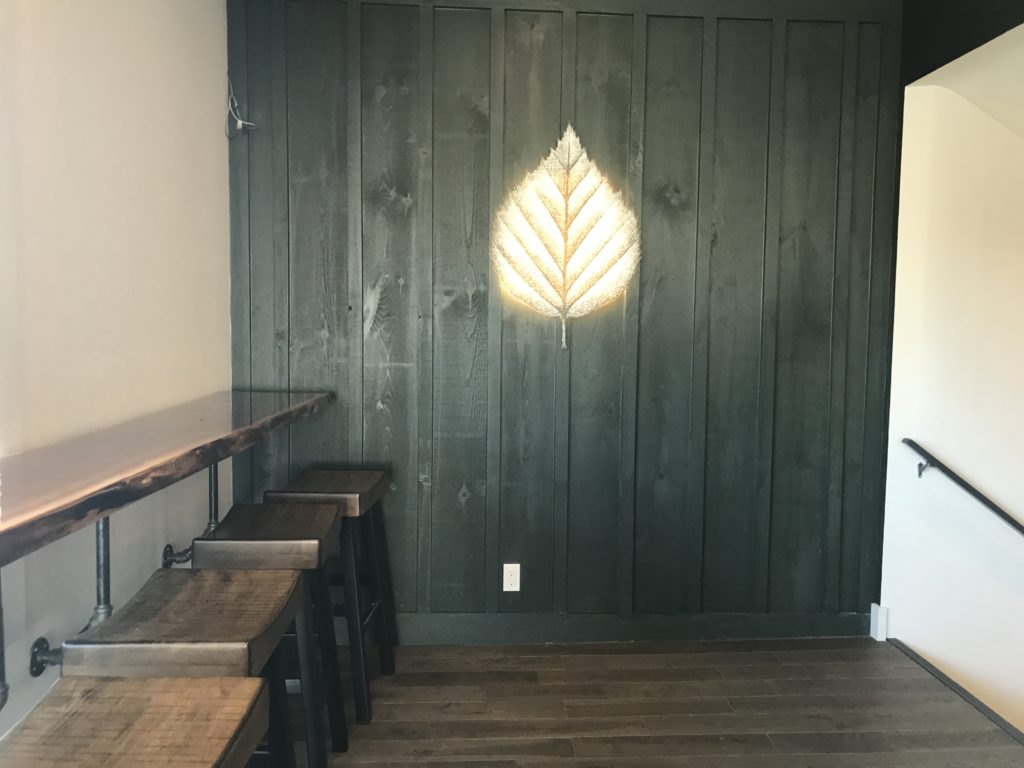 Although just half the size of the old Inn, it feels just as big because of its open concept. There are no booths, just a banquette lining a wall opposite the bar and plenty of tables. There’s even an event space in the back. 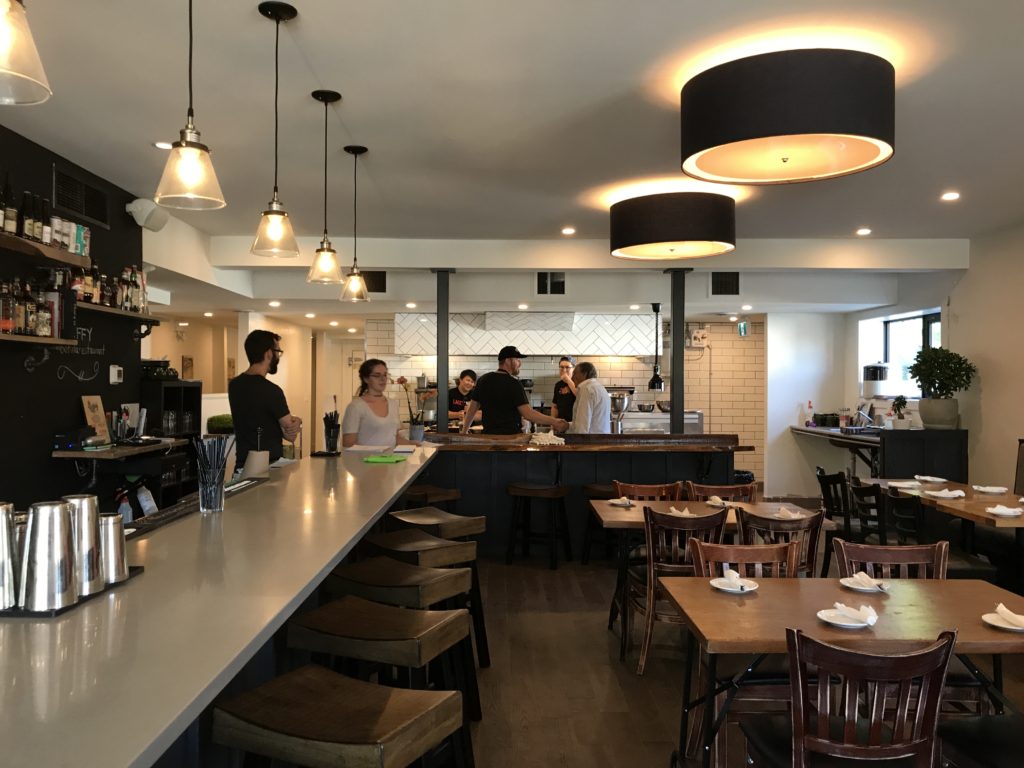 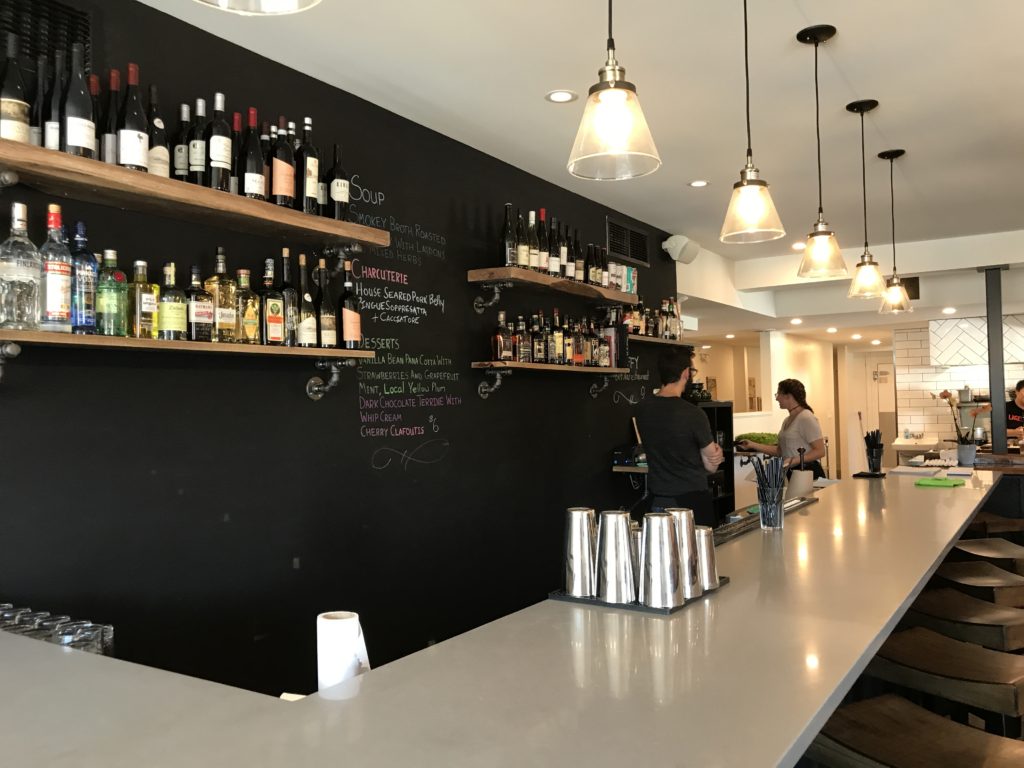 The room is bright and airy with a rustic West Coast vibe to it. In keeping with the current trend the kitchen is totally open and available for all to see. It feels like you’re right there cooking with them, especially if you choose the chefs table.

But enough of that, let’s get to the food:

While the mains are Heritage Schnitzel (an ode to Schawben?), Cumbrae’s Burger and Fries, Mushroom Ravioli, Rainbow Trout, and Wellington County Game Hen.

As for drinks, the wine list is extensive and includes many imported brands. Most of the beers are local; several come right down the street from Shawn & Ed, and the cocktail list had some summer fresh choices as well as the classics. 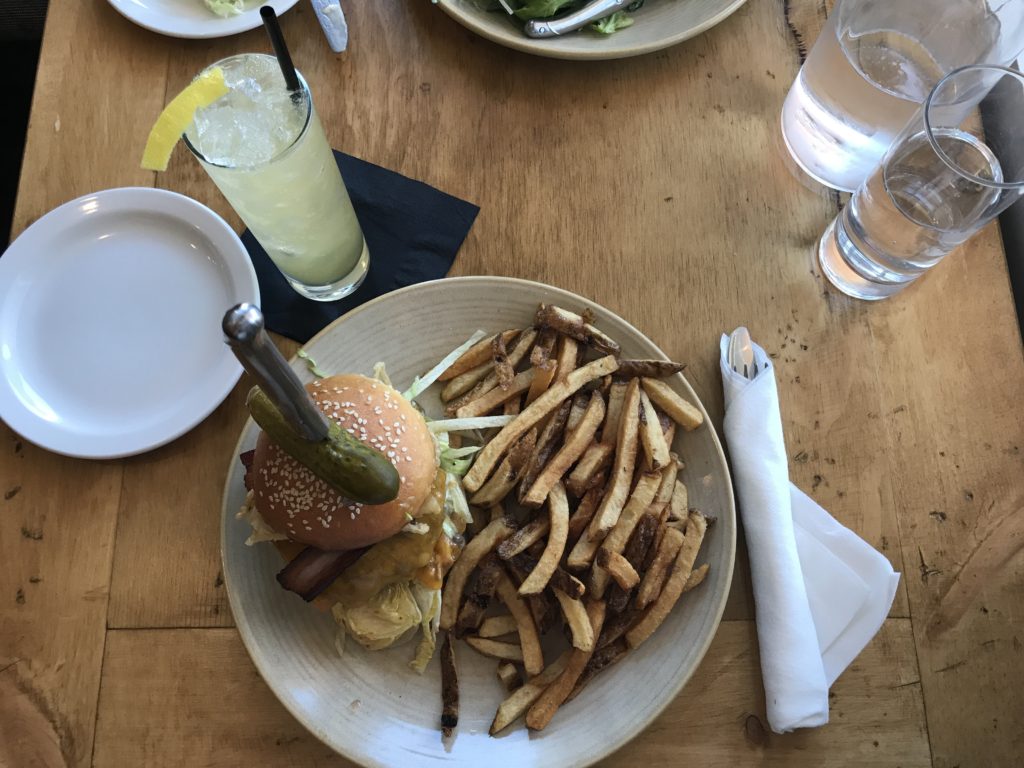 For dinner I had the burger. I know that sounds boring, but I tend to gauge a restaurant on how good their burgers are and with Cumbrae’s supplying the beef I figured this dish would be a no brainer.

The burger was 8 ounces on a sesame seed bun and was topped with thick cut bacon, cheddar, crispy French onions, and the usual fixings. It was delicious. The beef was cooked medium-well with just a touch of pink in the middle and the bacon was like candy. 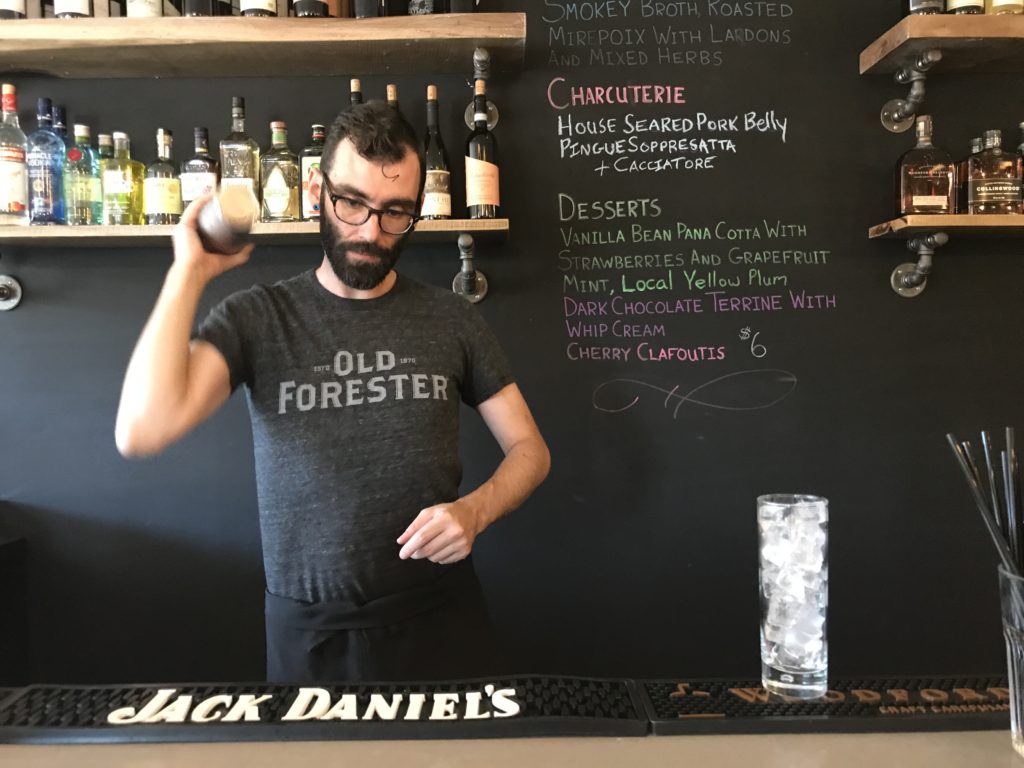 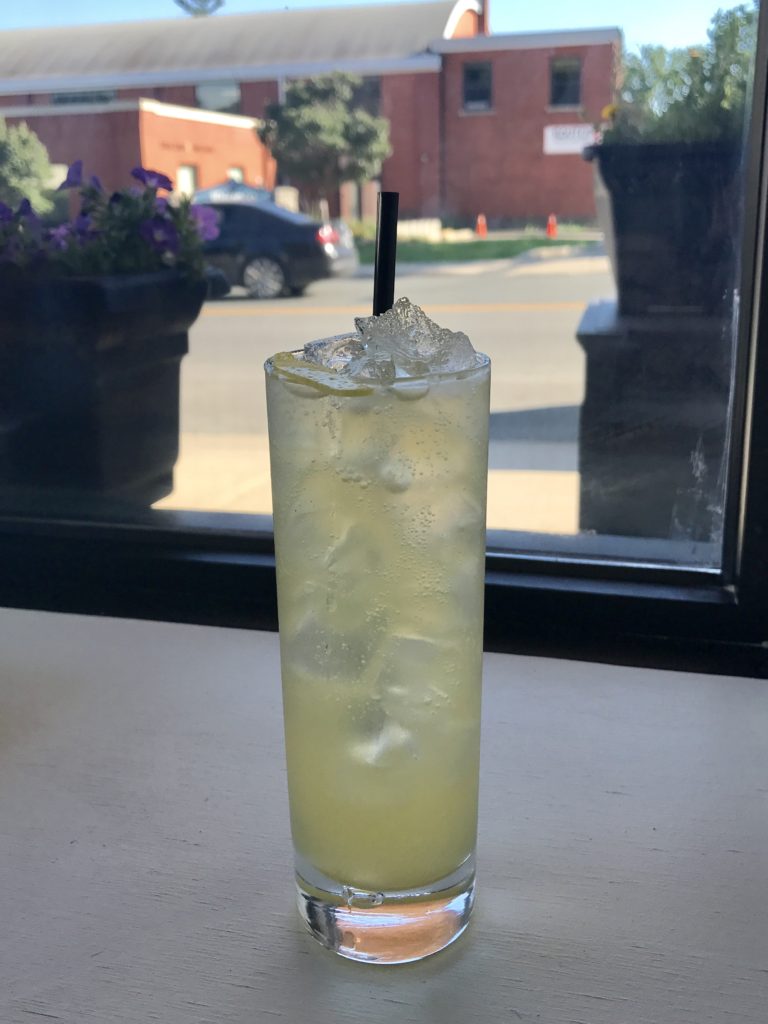 I also tried the Peach Crush cocktail. The beverage consisted of Pinnacle Vodka, peach purée, lime juice, and simple syrup. I could have drunk at least 4 more.

By the time I had left every table in the restaurant was occupied. Onlookers were driving by the building and slowing down to check out the newest hot spot in town. Even though this Betula (meaning Birch) is budding like Dundas’ culinary scene, it might just grow into a tall tree. Who knows? Its only been open for a week, but it may just become an institution too.