Podcasts are all the rage. If you’re popping in your headphones to listen while commuting, working, or winding down at the end of the day, it’s pretty safe to say there’s something out there for everyone.

There are many quality podcasts being produced right in our own backyard that you should give a whirl.

Mike On Much
Host Mike Veerman is a Hamilton dude through and through, having cut his teeth in the local music scene before eventually developing a career at MuchMusic. It’s a natural progression for the Canadian entertainment juggernaut to produce online content, with Mike On Much being its first podcast.

The seed for the idea came from Mike’s long-time friend, Max Kerman of Arkells, who produces and co-hosts segments on the show. Mike skillfully conducts interviews with some pretty big names – guests include Chris Hadfield, Kings Of Leon, Sam Roberts, Bishop Briggs, and segments from Coachella, to name a few. The trio is rounded out by another Hamilton native, Shane Cunningham, who hilariously brings the episode home with the “dessert.”

For fans of: pop culture, humour, musicians, the creative process, long-form interviews, Arkells, The Champagne Boys (that one’s for the insiders who tune in) 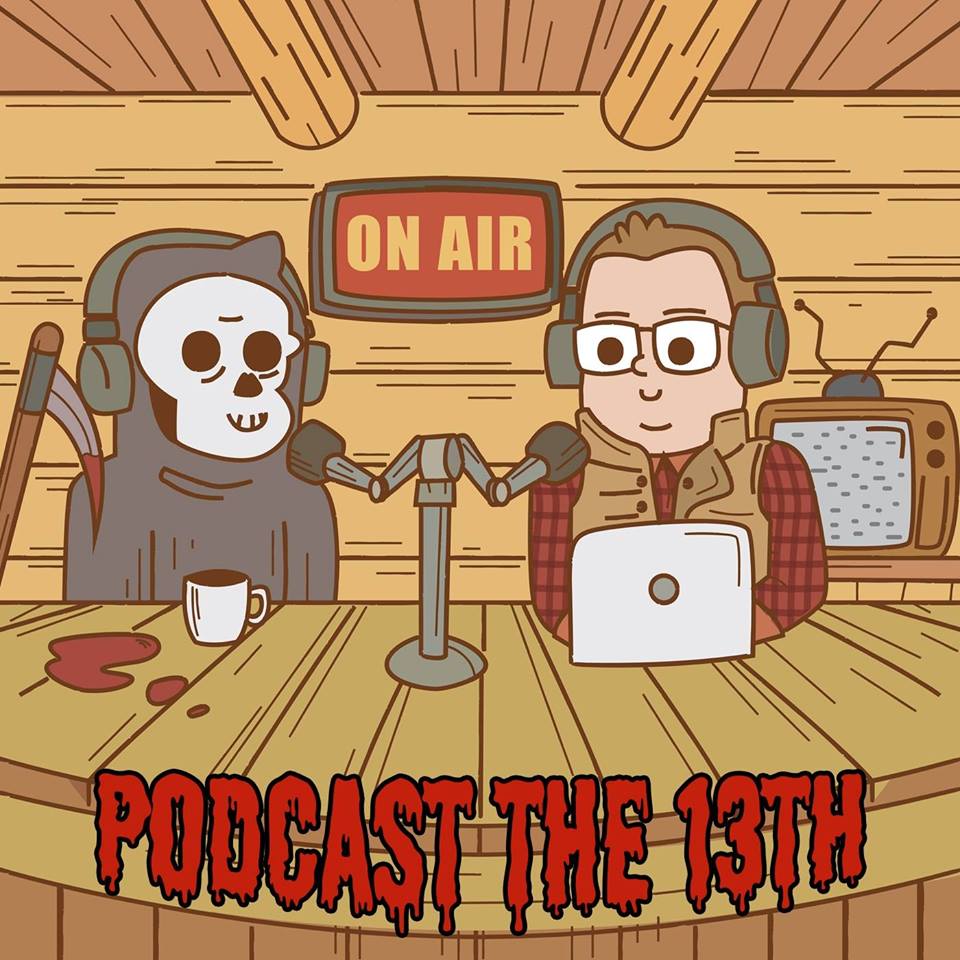 Podcast the 13th
The brains behind this one, Jordan Scherer, is a local comedian who has tons of experience already in radio and podcast land, having co-hosted The Hamilton Comedy Hour (RIP!) on 93.3 CFMU for five years and previously creating the free form Bad Reception and politically-driven Let’s Get Political before switching gears with a new concept.

Being a massive fan of the horror genre, Jordan launched Podcast the 13th, a show dedicated to not only horror movies, but all things in that scary vein. The show evolved from discussing horror movies with guests (usually another local comic), to documentaries, strange internet finds… things get weird. And fun. 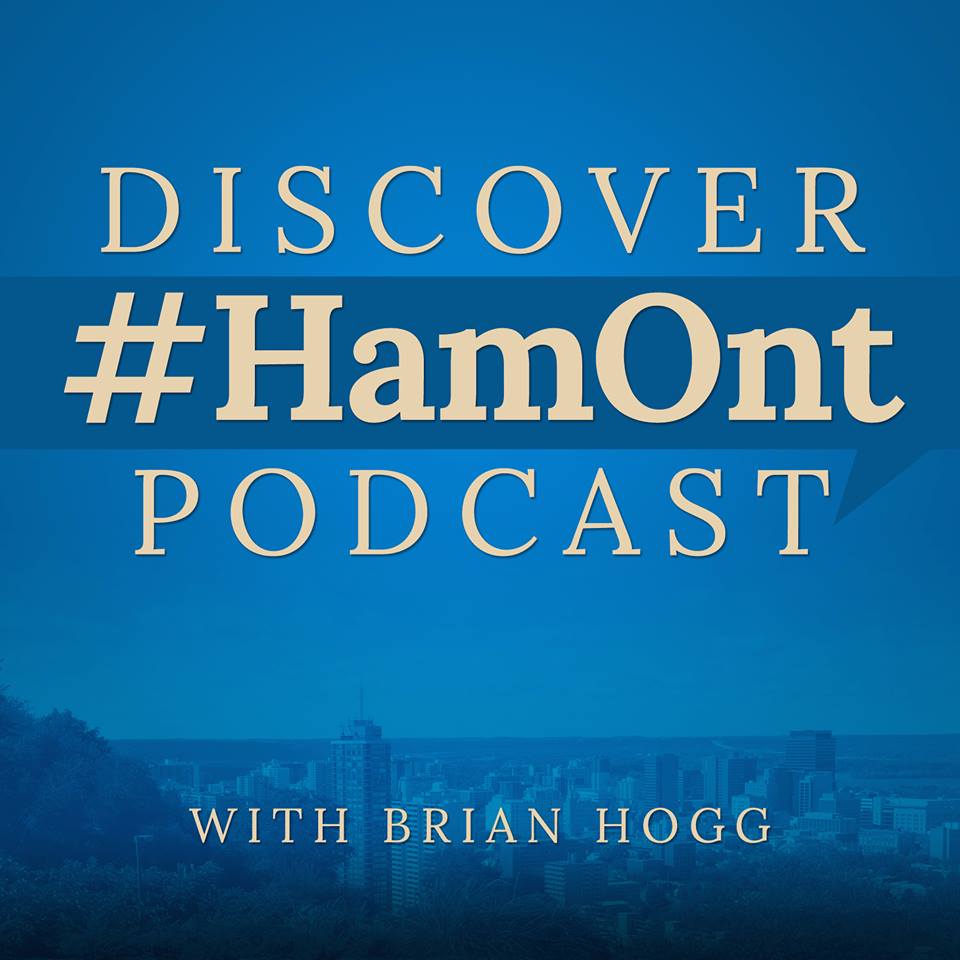 Discover #HamOnt
Host Brian Hogg does just what the title suggests – discovers Hamilton. Sitting down for informal chats with local personalities, Brian gets to know people from all different industries, typically entrepreneurs or anyone moving and shaking in the city. You’ll be introduced to people doing some awesome work in our community that you may not have otherwise known about. (Listen to my episode!) 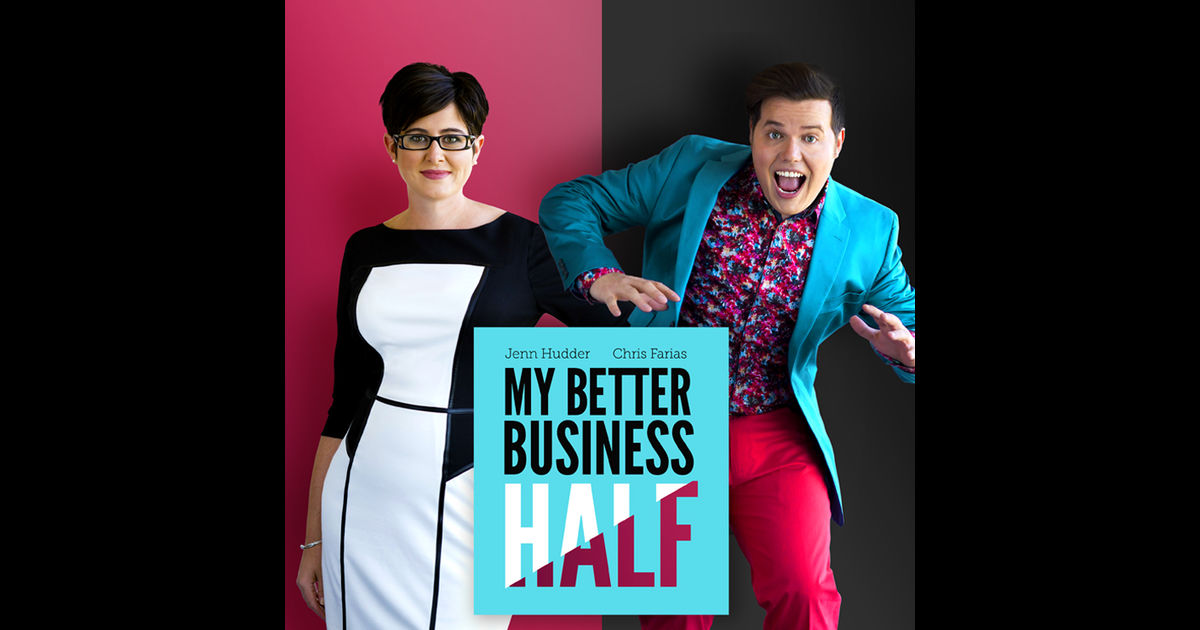 My Better Business Half
Local branding agency Kitestring has been a big part of Hamilton’s online scene, with co-founder Chris Farias leading the charge with a smile. Chris’ enthusiasm for life is infectious, and it only makes sense that he and co-founder Jenn Hudder would venture into podcasting.

The duo makes a perfect pair, bouncing off each other humourously as they conduct interviews with local guests from different industries. You’ll learn some tips of the trade straight from local business owners about the challenges entrepreneurs can face, and what they have learned in their careers along the way. (Listen to my episode!) 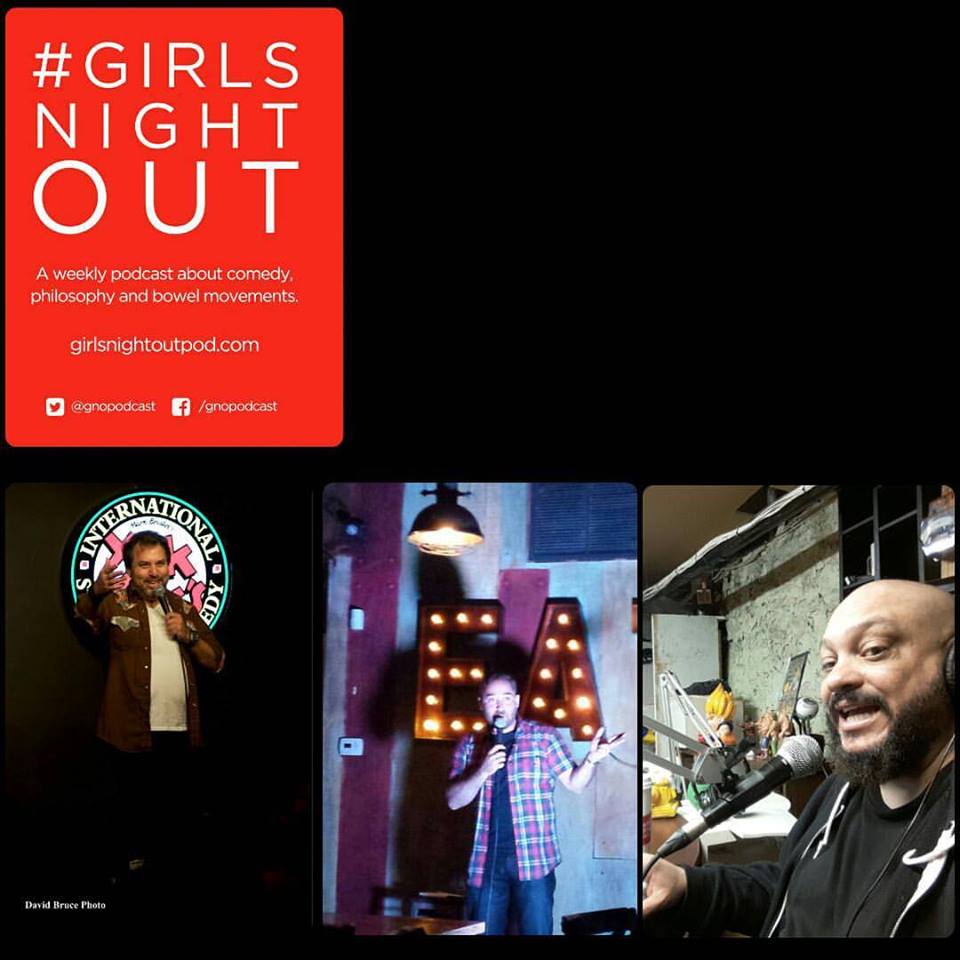 Girls Night Out
Hamilton’s comedy scene is booming and many local comedians have taken to creating podcasts. The granddaddy of them all is Girls Night Out, which just surpassed its milestone 200th episode.

The pod has seen a rotating roster of comics with Gavin Stephens now at the helm, who also hosts a weekly pod on his own. Conversations veer off the rails and in any direction, but among the humour the guys (and gals) land on really some poignant and timely discussions. The format is unpredictable, loose, and always hilarious. You never know what could happen next.

You’re Cozy With Clifford Myers
Local comedian Clifford Myers is one of the original comics in the Hamilton scene, and you need to see him live to understand the full Cliffy experience! He’s loud and in-your-face, while also being such a loveable character.

Cliff is also pretty prolific with his content, also writing a blog and recording podcasts. You’re Cozy With Clifford Myers evolved from Cliff musing on his own to sitting down with guests, which always results in really thought-provoking life discussions. Cliff also records a second show, At Home Diaries, which focuses on his thoughts about applying strategies to day-to-day life. Drawing from personal experiences and pop culture, each episode centres on a different lesson to think about. 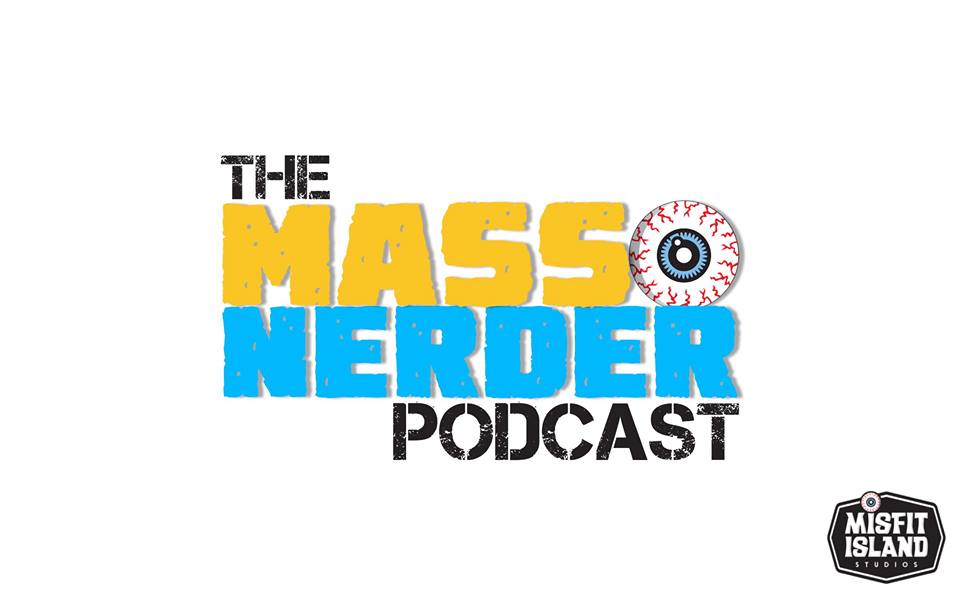 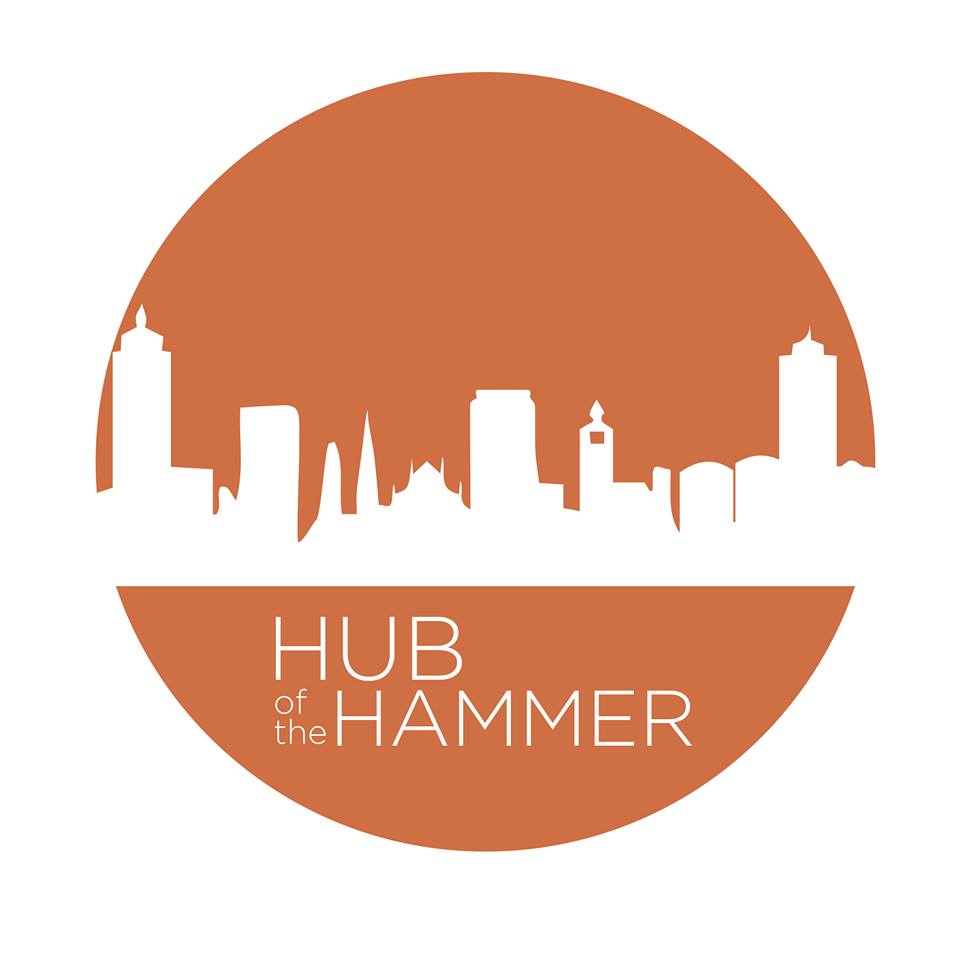 Hub of the Hammer
Matthew Surina began Hub of the Hammer Event Planning to both host his own local events as well as help to organize and facilitate yours. He runs all kinds of fun stuff from trivia, karaoke, comedy, and fundraisers.

Matt’s also a huge supporter of local business, and on his podcast he sits down with local proprietors and artists to learn more about what they’re doing in the city. (Listen to my episode!) 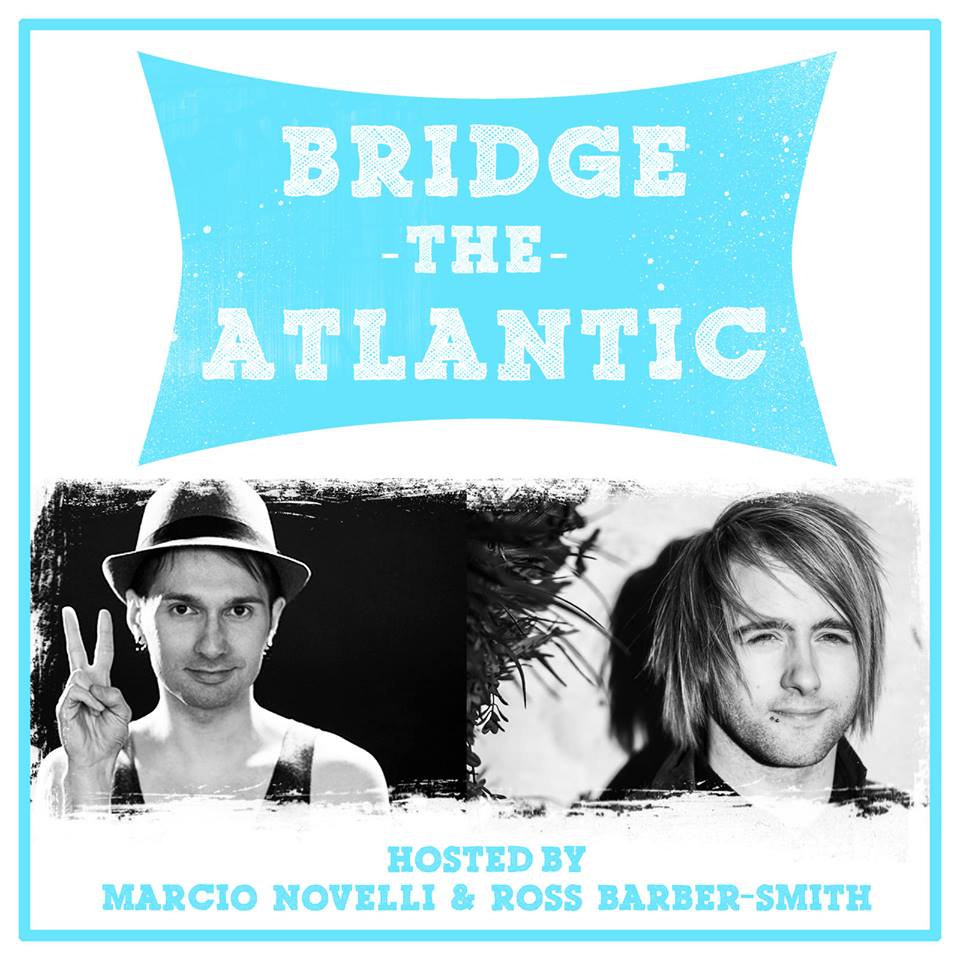 Bridge The Atlantic
This podcast is a unique concept in that it’s recorded literally from across the Atlantic – co-hosts are Hamilton-based singer-songwriter Marcio Novelli and web designer Ross Barber who is located in Glasgow, Scotland. Together they get on the mic to interview all kinds of creative professionals from musicians, actors, photographers, you name it. They learn about career-defining moments and funny stories from each guest’s industry. You can subscribe to the audio format or watch it – they record each episode as a video podcast as well.

For fans of: the creative process, entrepreneurship, music industry, artists 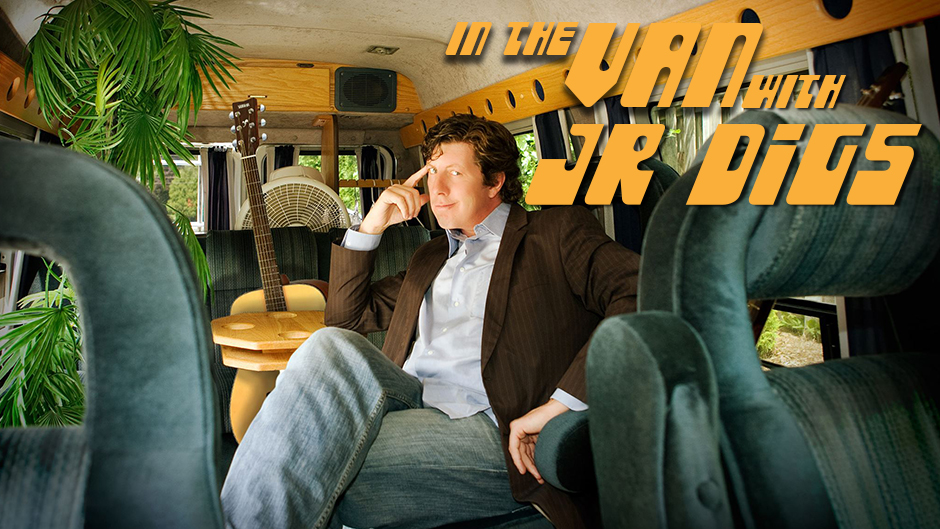 In the Van with JR Digs
Funny man JR Digs made a name for himself with his work in television starting back in 2000 with The Shakerbelly Show and his late night series Man With A Van. His prankster ways and silly celebrity interviews earned him a cult following. JR also uses his position to give back to the local community with his annual Acoustic Xmas shows.

Now JR takes his van on the road with a podcast – literally recording the show in the vehicle (or sometimes other places). Guests who have hopped inside include The Dirty Nil, July Talk, The Lumineers, and Rick Mercer. Funny conversations, introspection, and even some impromptu musical performances ensue. 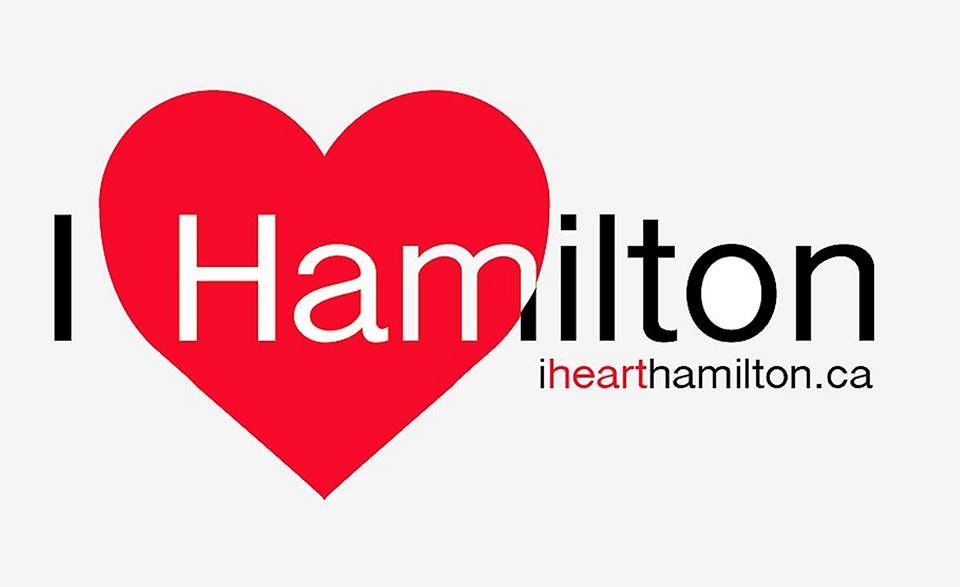 As a shameless plug, I host the weekly show I Heart Hamilton on 93.3 CFMU which airs live Friday 2-3pm before being reposted on the blog. Based on the concept, “Be a tourist in your own city,” I interview guests to showcase the city with an emphasis on the local arts and culture scene – everything from music, art, comedy, food, shops, events and more.