Summer isn’t over, but you’re running out of time to scratch everything off your Summer 2017 bucket list. If seeing more live music was one of your goals — don’t worry. There are still many more opportunities to see music of all kinds at the following FREE music series happening all across the city.

Songs From The Bishop

Tucked in the Stinson neighbourhood, Bishop’s Park is located at the corner of East Avenue and Hunter Street East. For seven years, the small park has been home to Songs from the Bishop, a music series that has featured Terra Lightfoot, Dan Edmonds, Emay, and dozens of other local musicians in an intimate, kid-friendly setting. 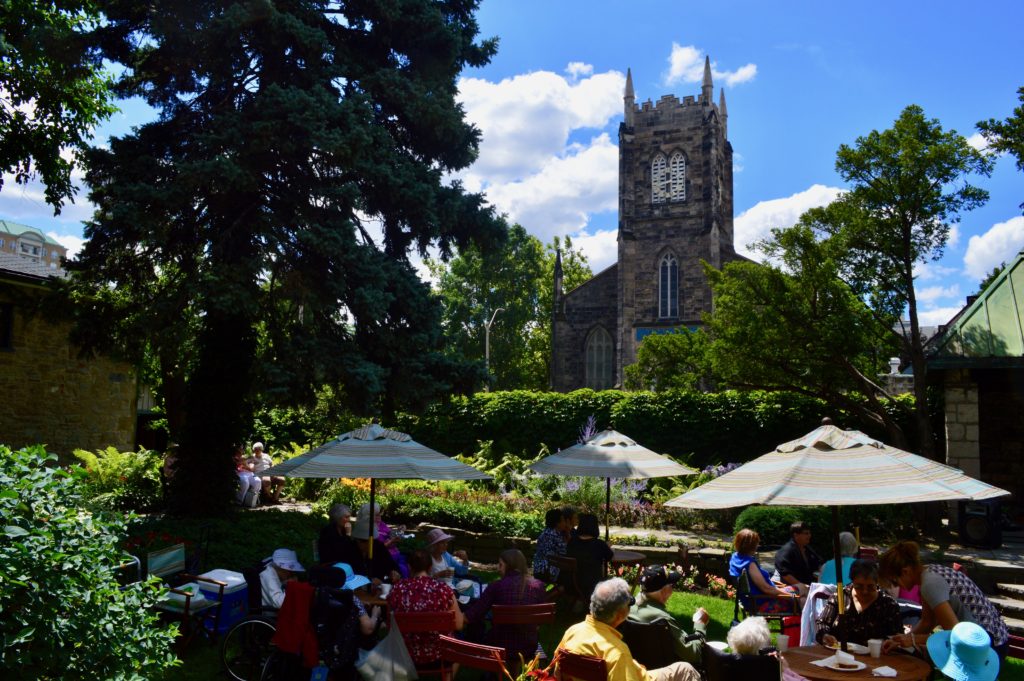 Do you work or live downtown? Take a break on Wednesdays between noon and 2 p.m. to bring your lunch to Whitehern, the historic garden located right beside City Hall. Wednesdays at Whitehern is one of the best deals in town, featuring free music and all-you-can-drink tea (in actual teacups) or lemonade for only $1. Limited tables and chairs are provided.

Running between May and September, the Gore Park Summer Promenade takes places Tuesday, Wednesday, Thursday, and Friday between 11 a.m. to 4 p.m., featuring live acts between noon and 2 p.m. This year, the entertainment line-up includes not only music, but also comedy and a lip sync battle (which will take place Wednesday, August 23).

Fieldcote Memorial Park and Museum is “a cultural heritage centre with an emphasis on the collection, preservation and exhibition of local history.” What some people don’t know is that it has also been home to a music series for more than 15 years. The Music at Fieldcote series “celebrates a high calibre of talent with musicians holding local, national and international reputations.” While this event is free, donations are accepted to the Fieldcote Memorial Park and Museum. Shows start at 7:00 p.m.

Next time you’re wandering James Street North’s Art Crawl, pause and look up at the corner of James and York. The Dr. Disc rooftop show, aptly called Raise the Roof, has quickly become a staple of summer art crawls, bringing acts like the Dirty Nil, The Medicine Hat, and Jessy Lanza over the years. This music series is co-presented by I Heart Hamilton, Hamilton Magazine, and the Hamilton Music Collective. The next installment happens during the August Art Crawl on August 11.

Between May and September, the 2nd annual Sidewalk Sounds takes places between 6 p.m. and 9 p.m. on the third Friday of every month. The series offers a “sampling of Hamilton’s local music community along Concession Street.” The next installment takes place Friday, July 21.

Music on the Waterfront (Pier 8)

Bring a lawn chair and spend your Thursday evenings at Pier 8, enjoying Hamilton’s waterfront and local music. Music on the Waterfront is a free concert series that takes place until August 31 between 7 p.m. and 9 p.m. (weather permitting).