Charles Mills was a prominent architect in the city of Hamilton after returning from the United States where he studied architecture and completed his apprenticeship. Upon his return he quickly became a prolific figure and landed commissions in Hamilton and around Southern Ontario for various types and styles of buildings.

He didn’t have one specific style when it came to design. Often dabbling in different ideas and forms, he was fluid in the understanding of historical references, like the Beaux Arts style, and neo-classical motifs. In 1905, he hired Gordon J. Hutton, who later became his partner. A young William R. Souter worked for Mills and Hutton before Mills retired in 1914. Charles Mills died on February 28th, 1934. 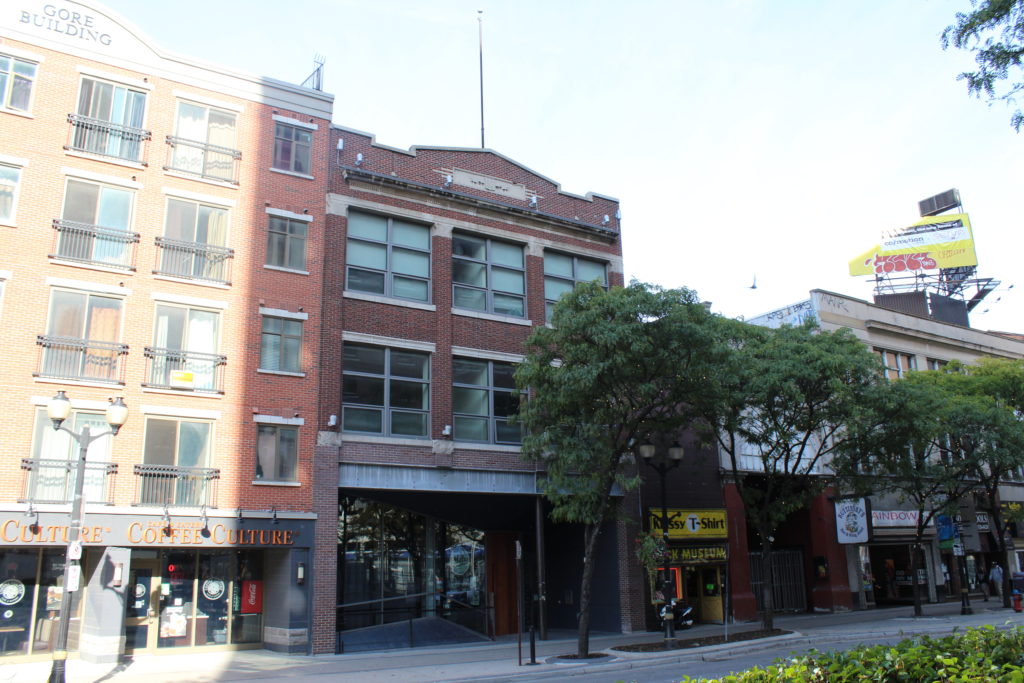 From hardware store, to Golden Rail, to Diamond Jim’s Tavern, to Bannister’s, to Maxim’s strip club, the building facing The Royal Connaught has seen it all. After an adaptive reuse project in 2013 by Thier+Curran Architects, it was renamed Mills Hardware and is now a multi-purpose gallery and event space with eight artist studios and twelve loft apartments above. 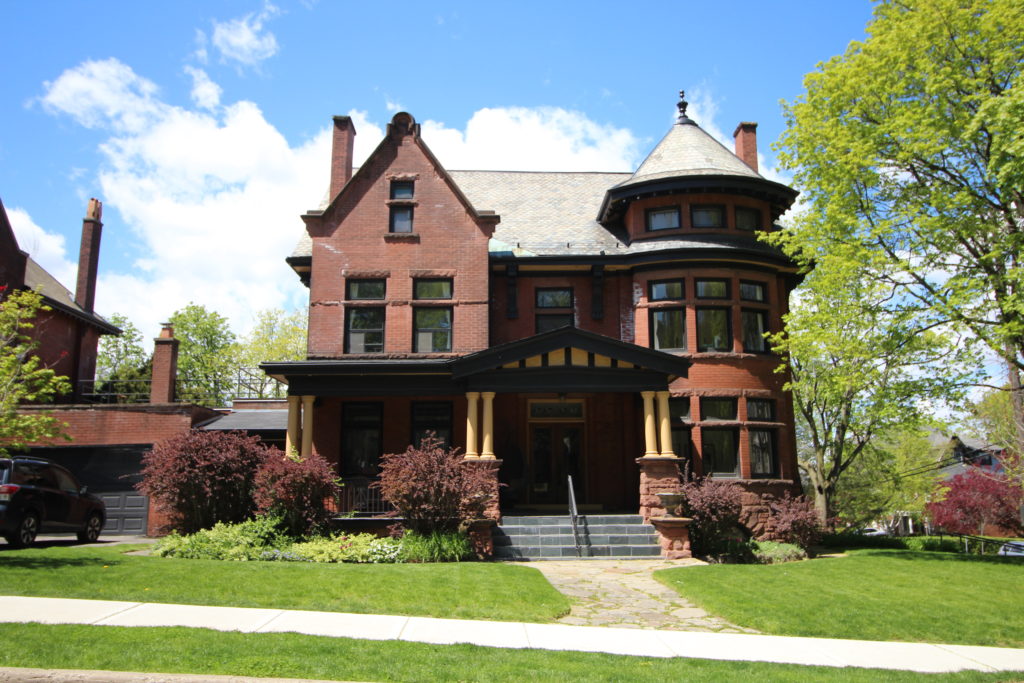 Sitting at the corner of Ravenscliffe and Aberdeen, this 5,500 square foot mansion is designed in the Renaissance Revival style and is clad in sandstone and brick with a prominent parapet, gentle bay windows, a slate roof, and a large porch with simple columns. The house was designed for George W. Robinson of Robinson’s Department Stores. It’s currently listed for $1,490,000. 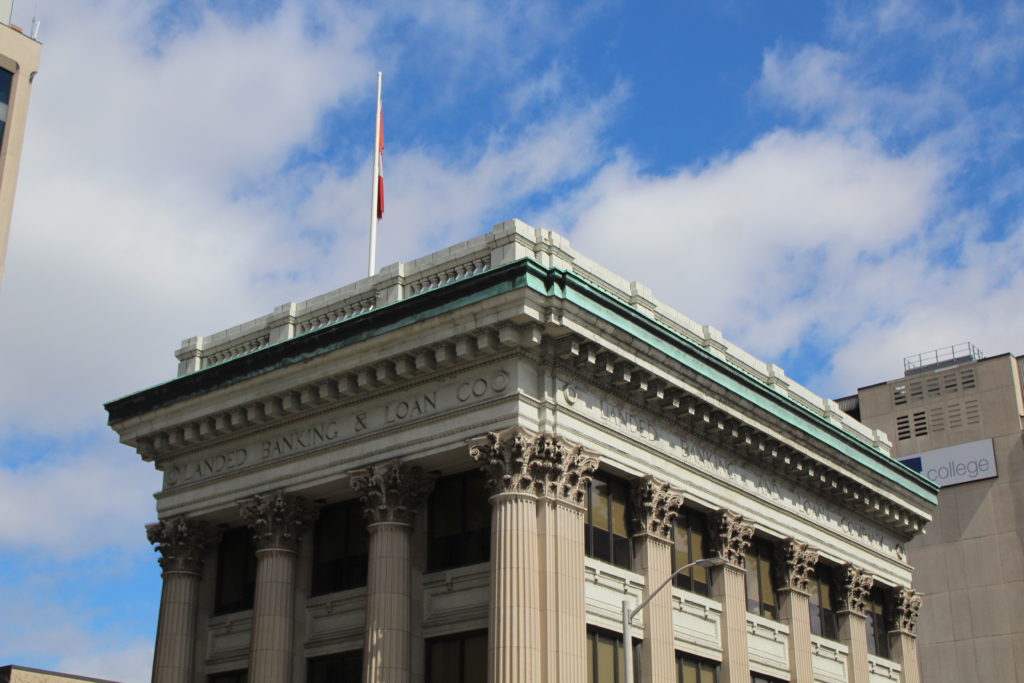 The oldest remaining bank building in Hamilton was designed in the Beaux Arts fashion and is a direct mimicry of the Knickerbocker Trust and Safe Deposit Building in New York City, which was designed by McKim, Mead, and White. 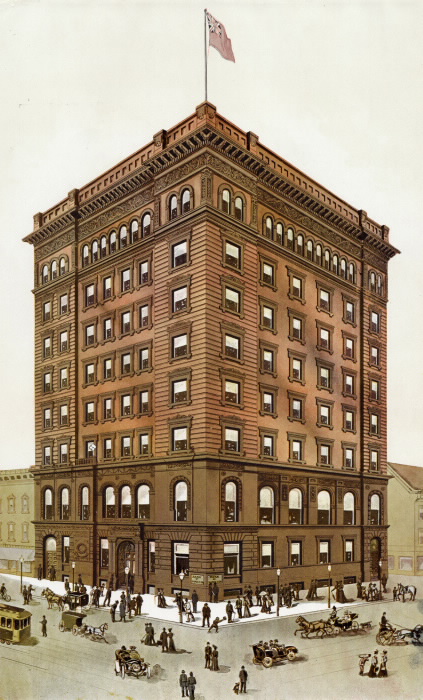 The success of this building impressed the bank directors so much that he was commissioned to design ten new Bank of Hamilton offices around Canada, including Manitoba, Saskatchewan, and British Columbia. The handsome Commercial Style office building saw an additional three storeys in 1907, but it was eventually demolished to make way for Hamilton Commerce Place. 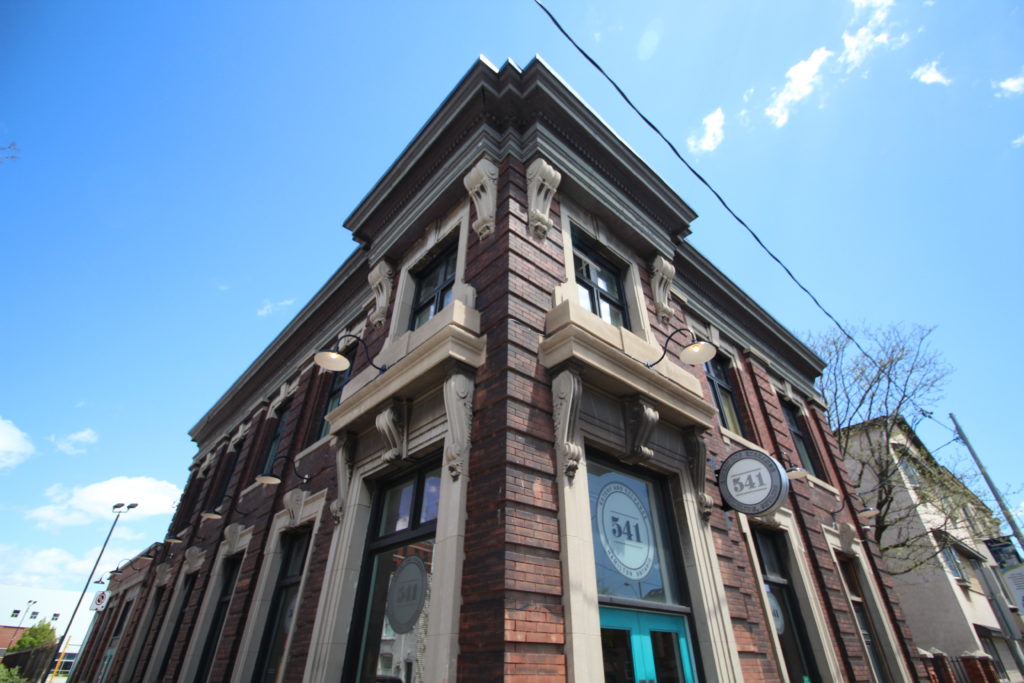 This old bank building, that was also once a Bank of Montreal, is now the community lead 541 Eatery & Exchange. The brick and limestone façade with its large corbels saw some restoration work, heritage conservation, and an interior redesign by Drew Hauser of McCallum Sather. The café is run by Compass Point Bible Church. It’s a must visit pit-stop while on Barton Street. Don’t forget to buy some buttons!