10 Great Make Out Spots in Hamilton

Forget lame stuffed animals and other cheesy novelty gifts and give the apple of your eye something they really want: some spontaneous human contact. The internet at large seems to believe that kissing stops as relationships get more serious (see for yourself) – while experts say that kissing is one of the best ways to connect and to show meaningful affection. Re-ignite your passions (or impress a new babe) by taking them somewhere and kissing them in one of Hamilton’s scenic make out spots. 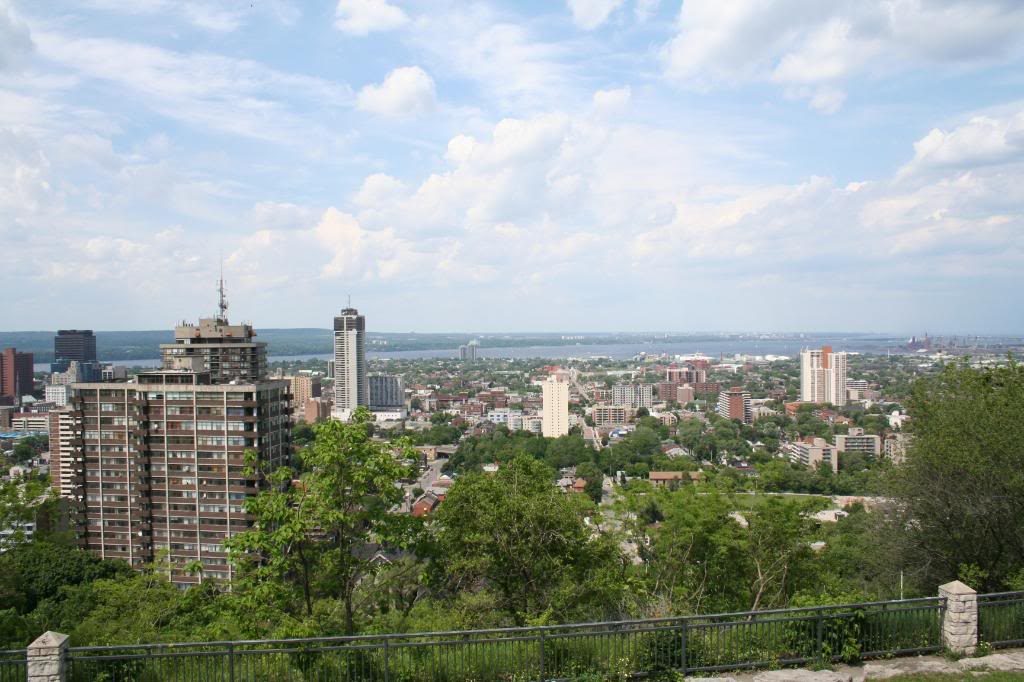 10 – Sam Lawrence Park
If you were to look around right now and ask the next 5 people you see what their favourite Hamilton make out spots are  – there is a good chance that at least 3 of them would say Sam Lawrence Park. This place is a long time Hamilton favourite for a reason. It’s got a beautiful view of Downtown Hamilton, a just-remote-enough parking lot, and even a little trail if you’re looking to take things off-road. Look over downtown Hamilton and try to ignore all of the people eating alone in their cars in the parking lot. 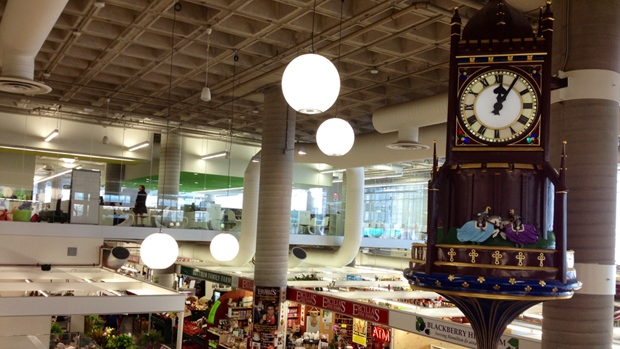 9 –  Hamilton Farmers Market (downtown)
Accessorize with a pair of really good soundproof headphones. Now that you’re blocking out the noisy masses you can gaze romantically from the second floor and imagine all of the breakfast your date will be preparing for you, if things go well.
Bonus: the farmers market sells wine. 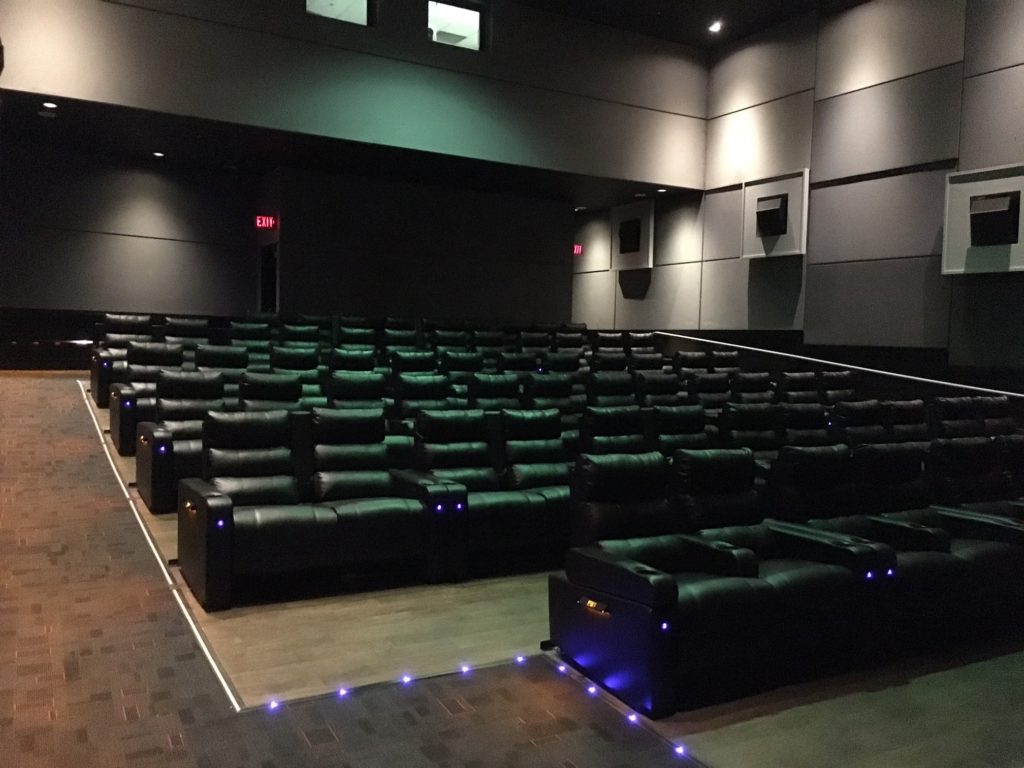 8 –  Jackson Square Cinema (Landmark Cinema)
This one doesn’t require much explanation other than saying they have leather recliners and they are amazing. Bringing your own anti-bacterial wet wipes may not be a bad idea. If things go well and you spend the night with someone this is a great theater to come to to catch a matinee after brunch. 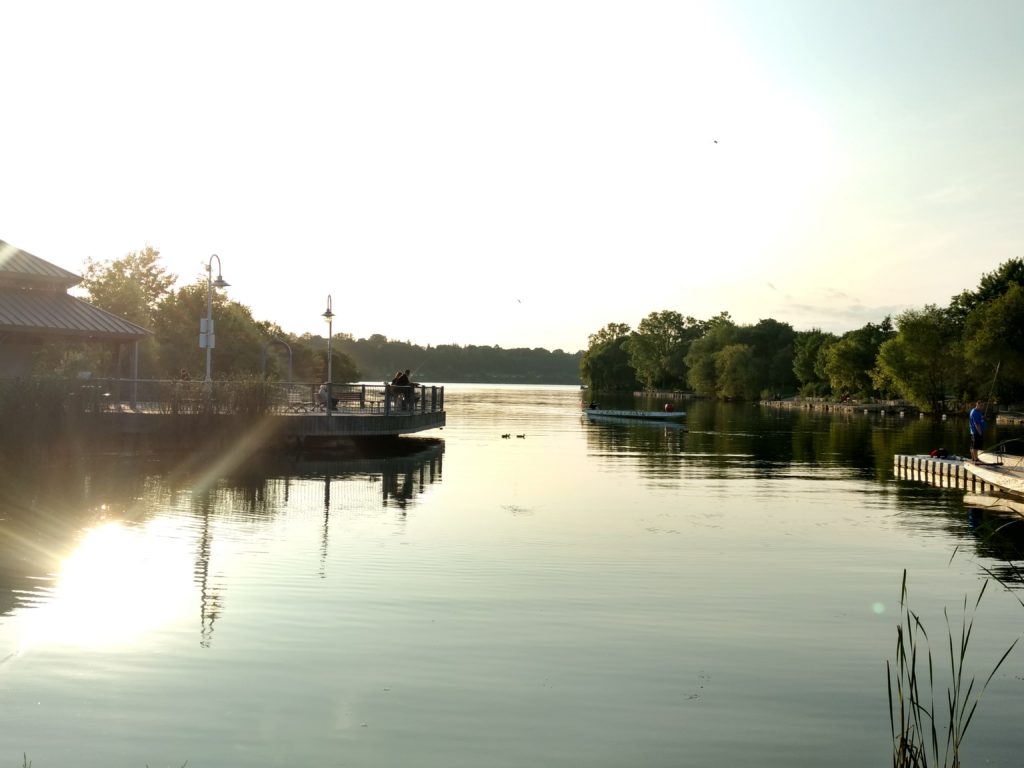 7 – Bayfront Park – Pier 4
This massive downtown park presents many year long make out opportunities. From war ships, to gazebos to the many park benches – there is no shortage of locations and make out possibilities here. A few tips: if you go in the summer and plan to have a romantic picnic, keep in mind that the geese are plentiful and they will attack. The water is not safe for swimming, or skinny dipping and the rowers are watching. 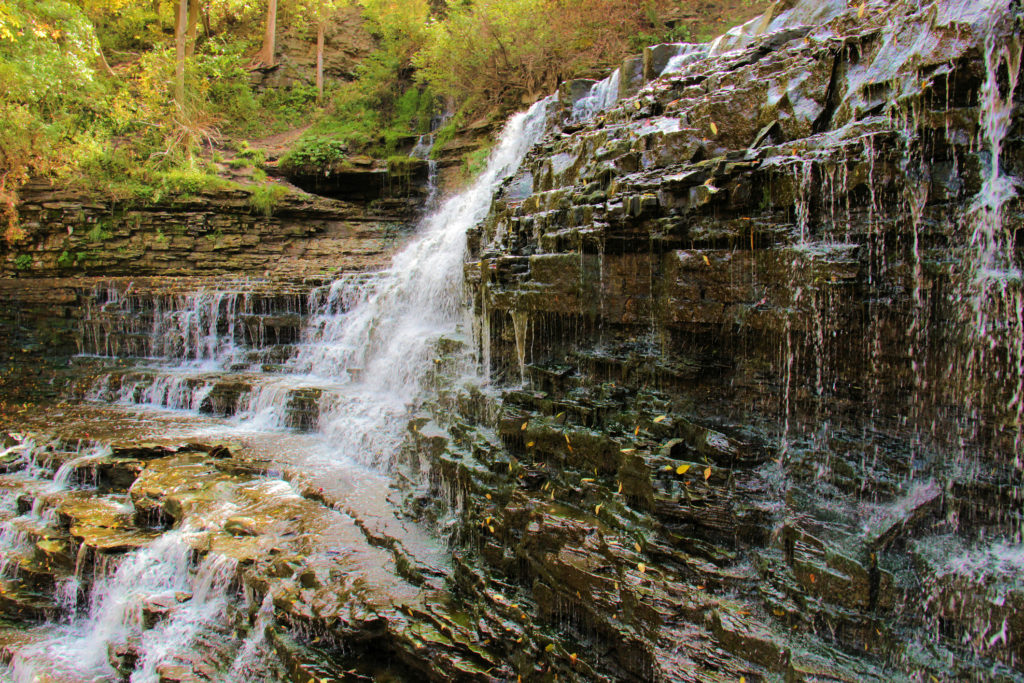 6 –  Hamilton Waterfalls, and especially Webster’s Falls & Albion Falls
Fall in love at one of the many waterfalls Hamilton has to offer. Apparently we’re the waterfall capital of the world, in case you haven’t gotten the memo. Take advantage of the empty off-hour parks and beautiful scenic views. Watch out for the ice!

5 – Confederation Park
Confederation Park is one of the few places left where it’s socially acceptable to roller blade as a public activity. Why not invite the apple of your eye and strap on some blades and traverse up and down the strip in the summer? Bring your cross country skis in the winter. It’s like Saturday Night Fever except outdoors and with a lot more seagulls and squirrels present. 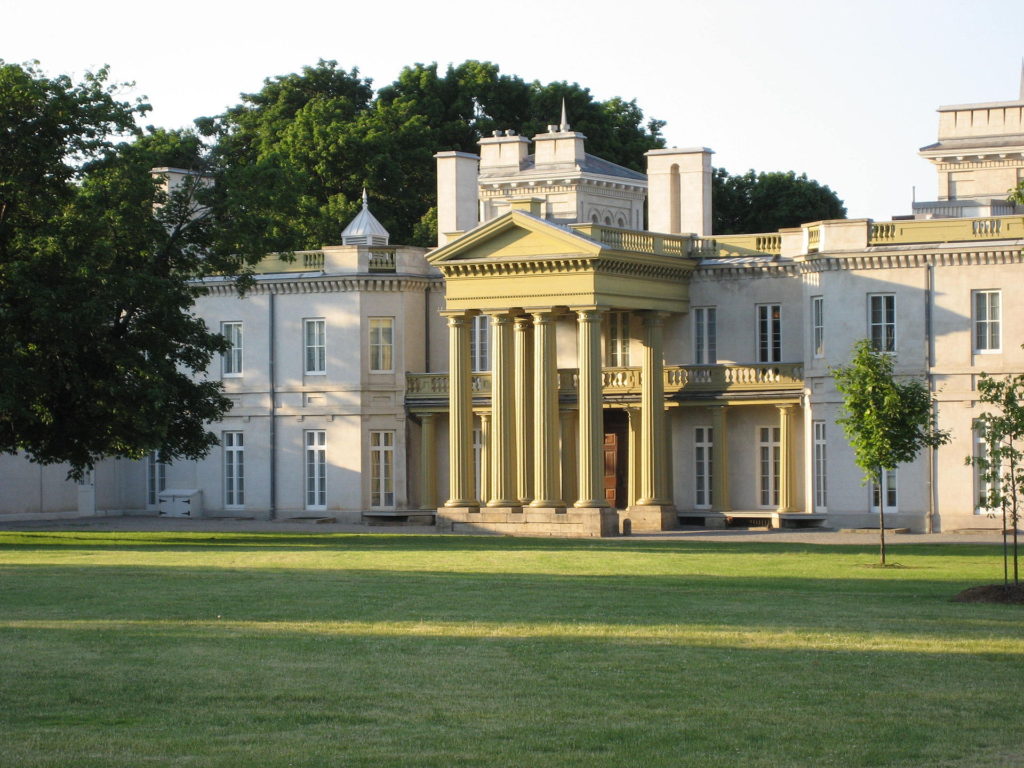 4 – Dundurn Castle
Let the ghosts of yesteryear take you to a place far away. Act out your own Downton Abbey fantasy while overlooking Lake Ontario. The views from this spot are incredible and there is enough lawn space to keep it from feeling crowded even during busy periods. We don’t recommend trying anything frisky during a guided tour – those tour guides run a pretty tight ship. Mr. Bates would not approve. 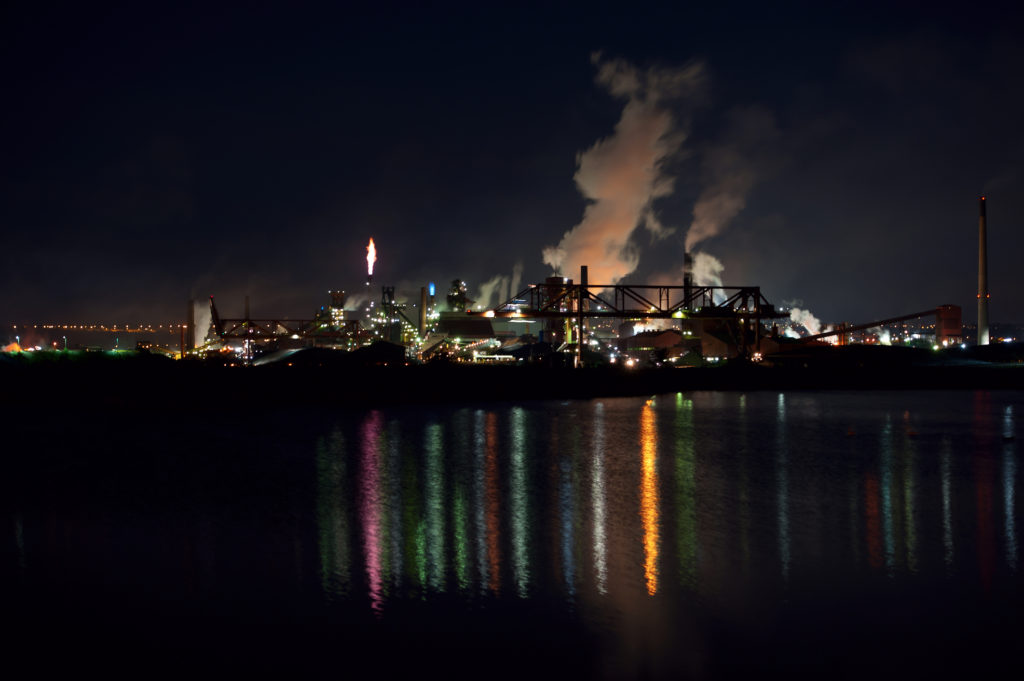 3 –  Burlington Street Industrial Overpass at night.
Someone else will have to be driving for this one to work. If you haven’t seen this amazing industrial, futuristic landscape at night you owe it to yourself to check it out. The view is even more stunning (or disturbing) in the winter months.  It’s not traditionally romantic, we won’t lie, but there is something breathtaking and outerworldy about the lights, pipes and the smoke stacks when you see them up-close.  Any number of post-apocalyptic, industrial chaos, steam punk vibes could be reality here. 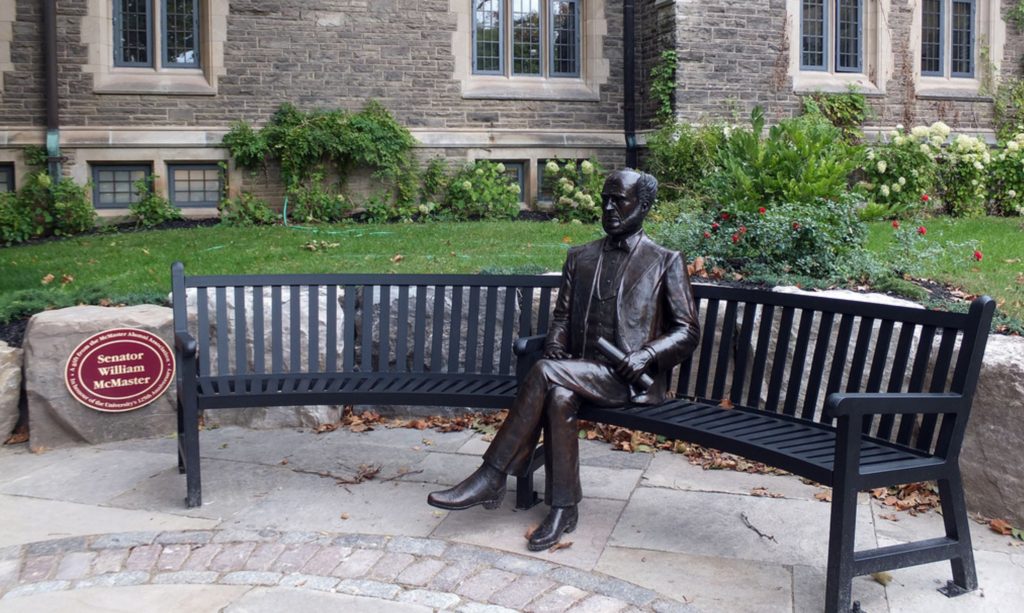 2 – McMaster University Campus
No matter the time of year the McMaster campus is truly a picturesque part of Hamilton.  Choose from the many scenic benches (there’s one where you can sit right next to Mr. McMaster himself if you’re into that kind of thing), forest trails or hidden nooks. Want to take it up a notch? Check out the green house, planetarium, museum, or nuclear reactor. 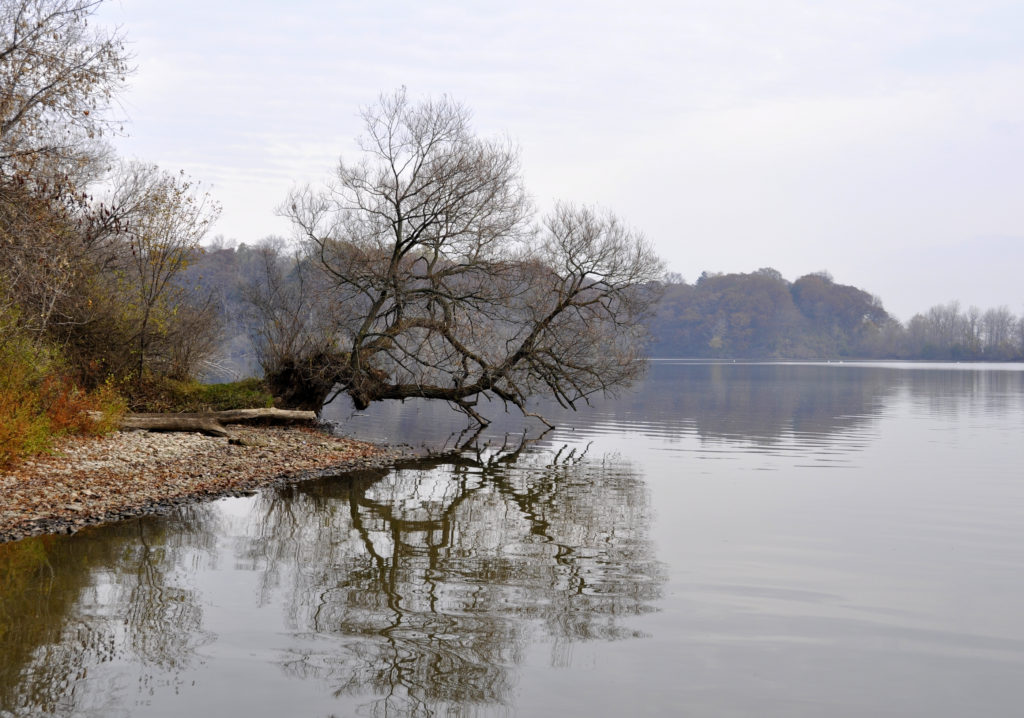 1 – Princess Point
This place is number one because of the sheer amount of make out possibilities. There is a trail if you want to take a walk, and a really spacious parking lot. Space is important because sometimes other people will have the same brilliant idea as you and an awkward crowd can quickly appear. Not to mention those pesky families, hikers, and other citizens looking to use the park. Princess Point has plenty of room for all.

This list doesn’t capture every spot.  What are your favourite make out spots in Hamilton? Let us know.