For many, a visit to Bennett’s Apples & Cider may mark the beginning to fall. To others, what comes to mind may just be that delicious apple cider in the iconic jug. Whatever comes to your mind when you think of Bennett’s, there’s no doubt it’s one of the most popular markets in the city. 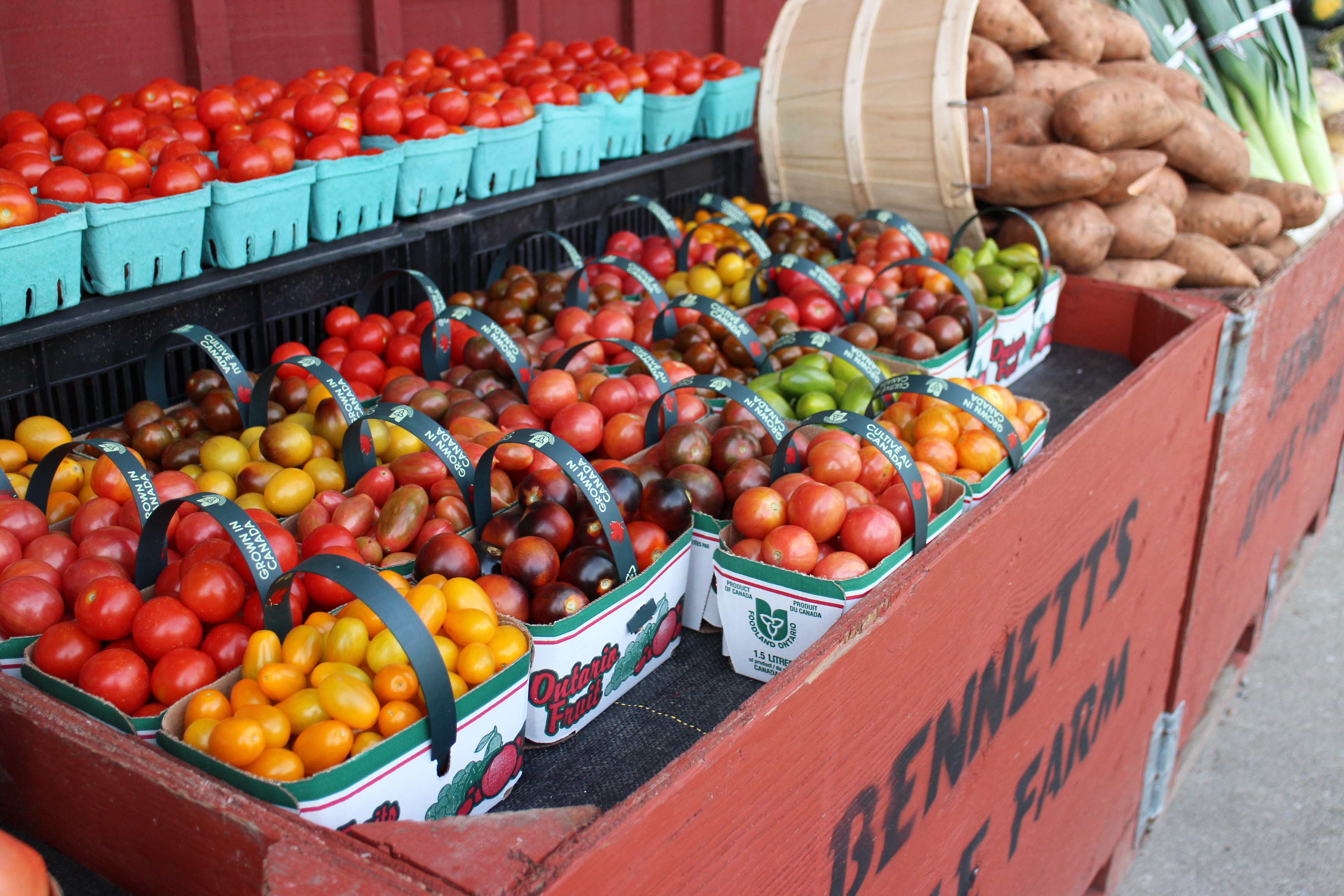 Located on the rural border of Hamilton and Ancaster, Bennett’s has been around in the community as an apple farm since 1911. The red barn that they currently run the farm market out of is easily spotted when driving down Rymal/Garner, as is their giant red apple-esque sign. Though the market didn’t open until 1960, it’s been a popular destination for members of the community since, young and old.

Bennett’s Apples & Cider is a real family affair, with three generations of the family working together to run the market and many members of the family living at the house right on the property. 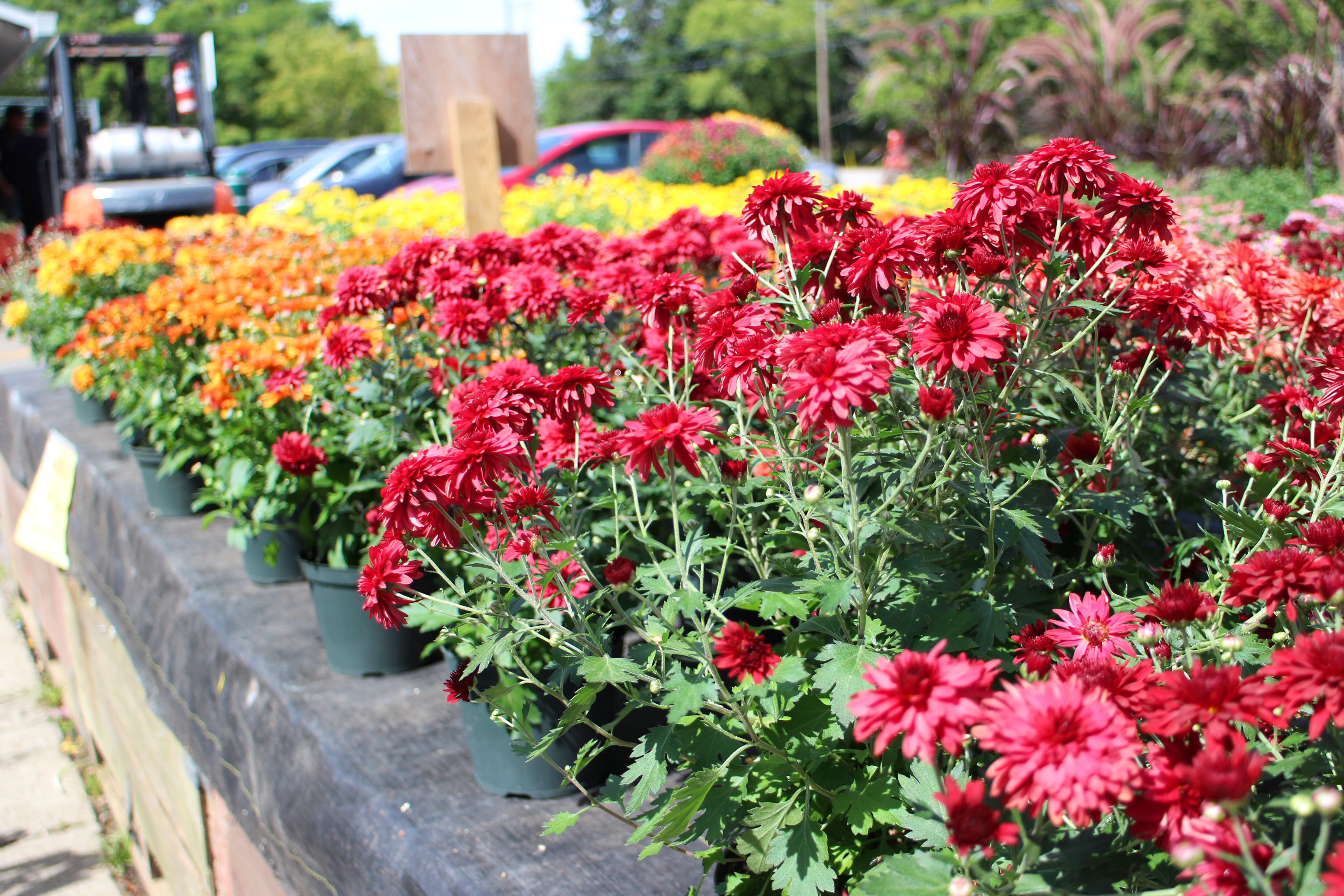 To the left of the market, a pretty impressive greenery and plant selection is available (including herbs, which I pick up every Spring). The front of the shop is stacked with fresh, seasonal produce and flowers. 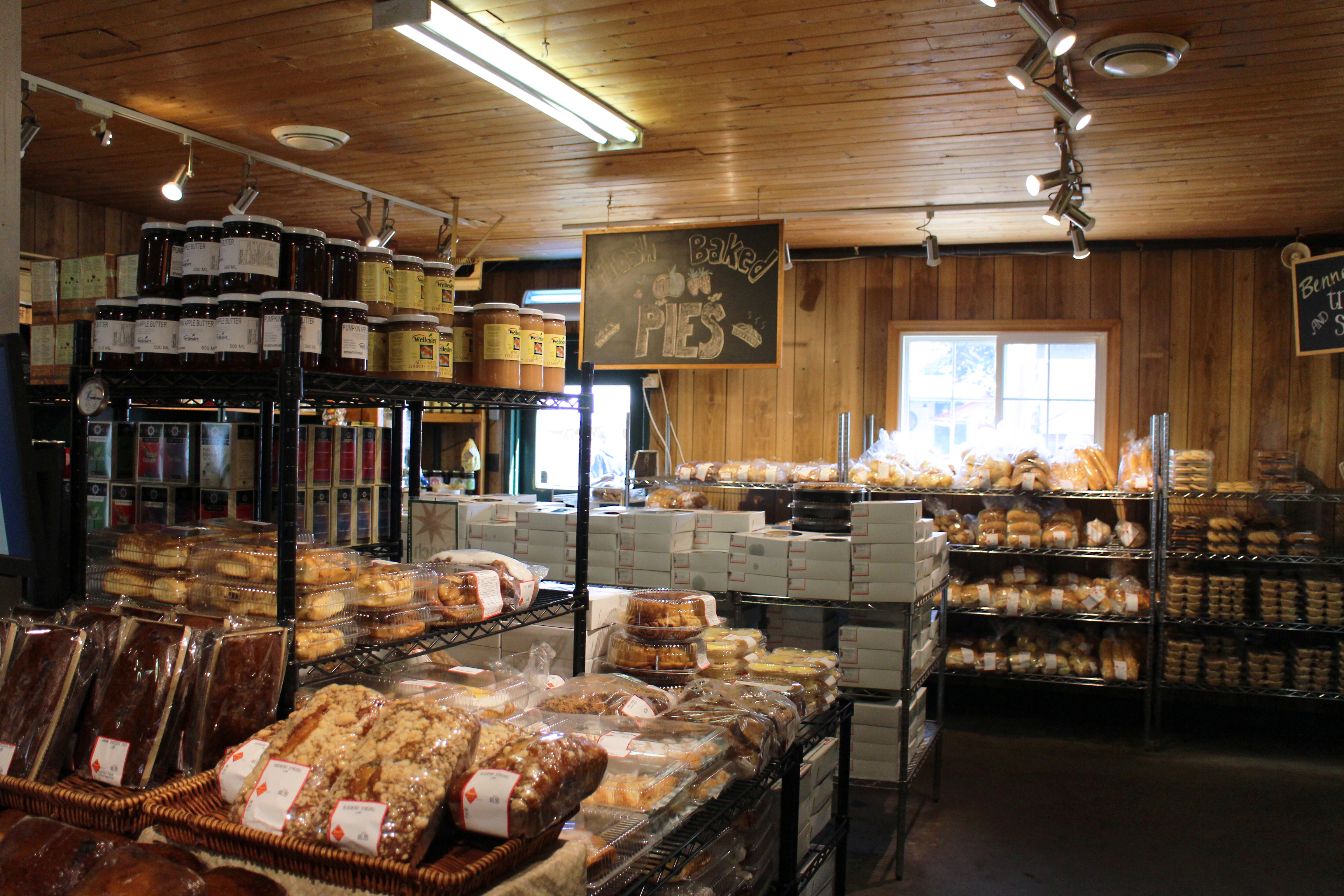 The scent will hit you as soon as the double doors open. The smell of apple cider and fresh baked goods mingle together to create that specific aroma that only Bennett’s has.

Inside, you’ll find everything from local produce to bread and sweets to local frozen food products and local preserves. Their open kitchen means that you can see their employees in action, baking up a storm…and maybe the pies you’ll eat later on for dessert!

They also have an entire section dedicated to their apple cider, which they have been producing and selling since 1917. In another section, their famous apple cider donuts; mini donuts infused with that sweet cider and sprinkled with cinnamon sugar. You really can’t go wrong, and if you’re lucky, you’ll get a pack warm that’s just come out of the fryer! 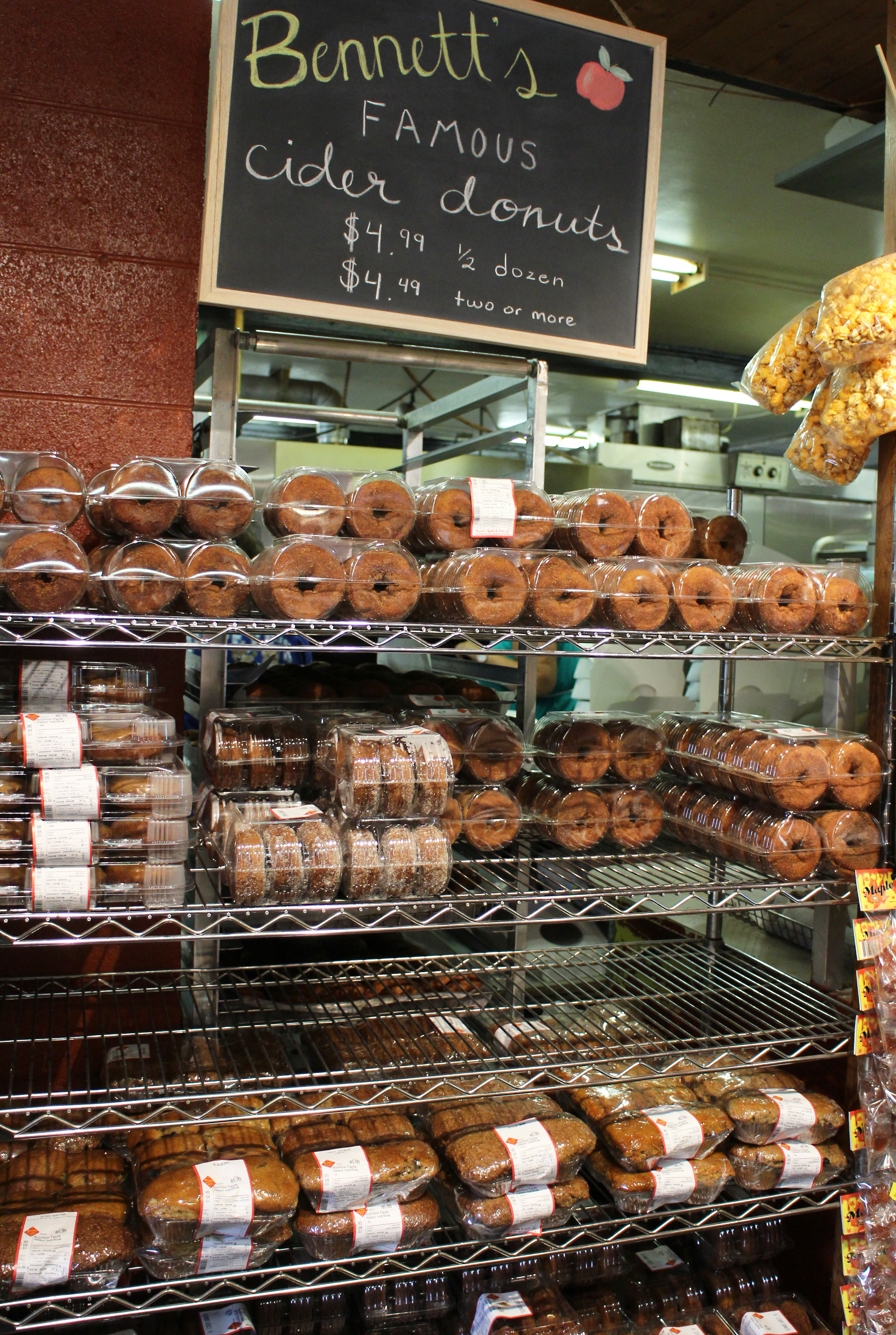 With many farm markets boosting their offerings with lots of imported fruits and vegetables, it’s a breath of fresh air to see Bennett’s offering predominantly Ontario produce. And it seems I’m not the only one who thinks so, Bennett’s is busy almost anytime of day, so get ready for some shoulder rubbing. 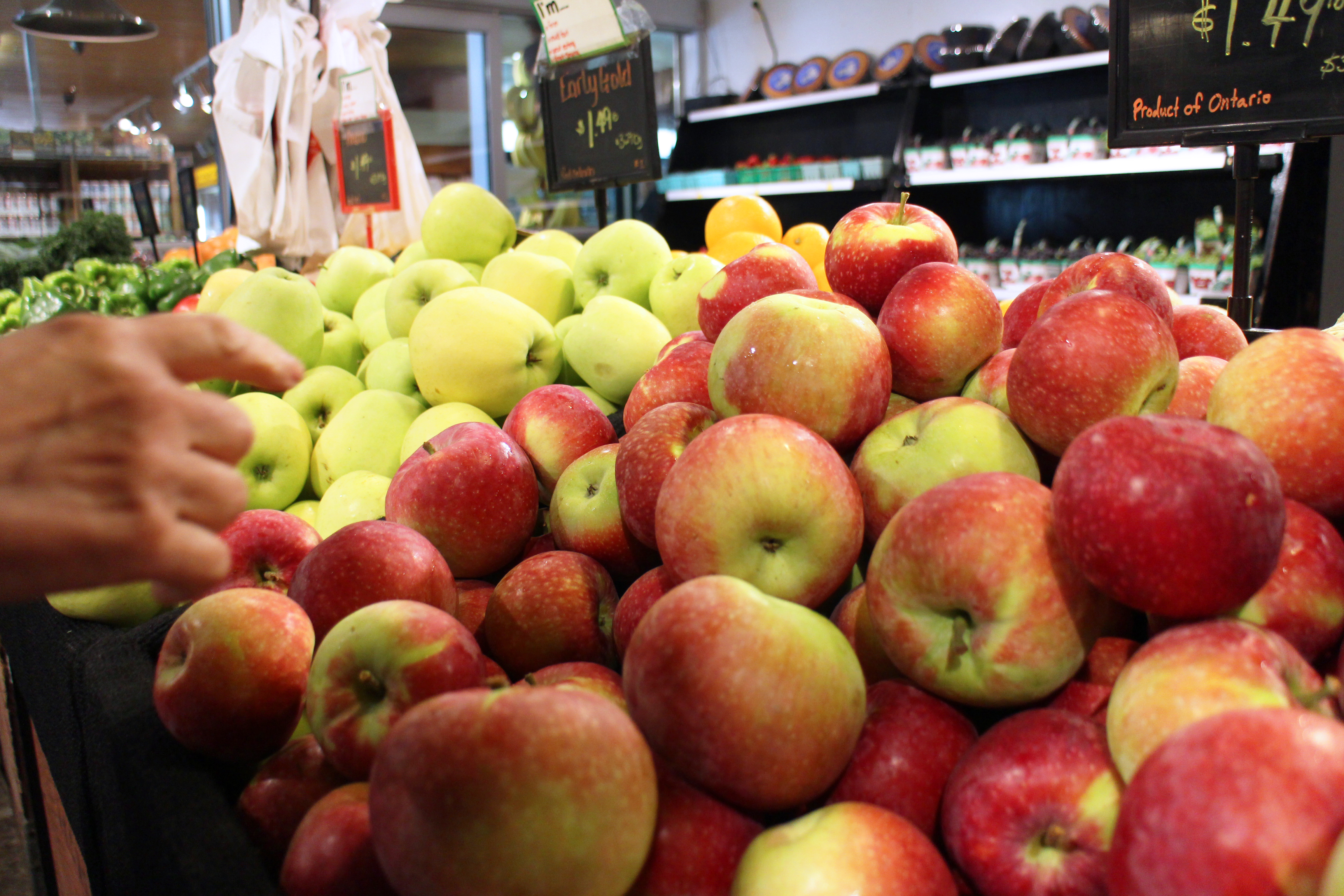 If you would like to try more from them than the namesake, famous cider that they offer at many local shops, visit them out on Rymal Road (Garner). Just look for the red barn!