7 Hamilton Book Clubs You Should Join

Book clubs get a bad reputation of being … well … boring and stuffy. However, across Hamilton, book clubs on a variety of topics are challenging that idea. Whether you want to embrace your inner-introvert through a silent book club or you want to gather with a group of comic-loving peers, there’s a book club for you. Here are a few of our picks.

Launched in 2014, the Amnesty International Book Club brings together members from all over the world through “interactive author interviews, podcast episodes, challenging discussion questions, and rich background on the human rights aspects of popular novels.” Here in Hamilton, the Ontario Public Interest Research Group (OPIRG) McMaster takes part in the book club through a long-standing relationship with Westdale’s Bryan Prince Bookseller.

“When proprietor, Kerry Cranston approached us to collaborate on the Amnesty International Book Club, we were pleased to have the opportunity. OPIRG’s mission is one of empowering students and community in exchanging ideas and taking action on diverse social justice and environmental issues by connecting individuals, groups, organizations, and resources. The Amnesty International Book Club is a perfect fit. Kerry is a skilled and knowledgeable facilitator of the discussions, which tackle many difficult topics including race, gender, class, and human rights.” — Shelley Porteous of OPIRG McMaster.

The Ship’s Log book club has been operating out of Ark + Anchor Espresso Bar since early 2016. This science fiction and fantasy book club meets on the last Monday of every month. (See the club’s calendar here) Books are chosen by book club members two months in advance, which makes sense considering how long some fantasy books are! New members are always welcome! Ark + Anchor stocks copies of their current reads to buy our browse, and Epic Books on Locke Street offers a 15 per cent discount on current Ship’s Log picks.
​
Next Meeting: Monday, March 26, 2018
What They’re Reading: The Kraken by China Miéville 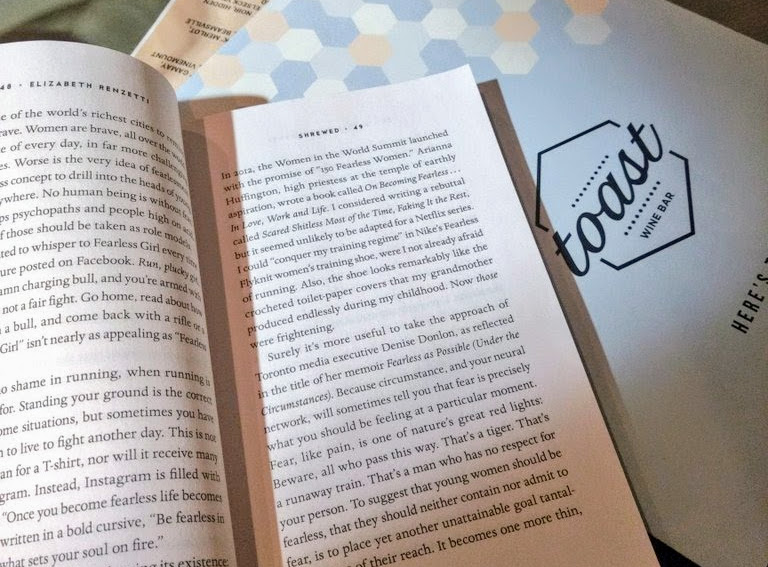 Broad Conversations “emerged out of a desire for collective learning and informed conversation about issues that matter.” What better way to execute this than to have a bunch of kick ass women gather to read? Recently, Broad Conversations launched a silent book club, which takes place once a month, on a Tuesday, at Toast Wine Bar.

The idea of a silent book club began in 2012 in the United States, and has been gaining attention across North America. The idea is for groups or friends to gather to read at a neighbourhood bar, without the pressure of having to read an assigned book club pick.

The concept of Broad Conversations’ Silent Book Club is simple. Bring the book you’re already reading, whether it’s a graphic novel, a steamy romance, or a classic, and gather with new and old friends at Toast.

Hosted by graphic novelist Joe Ollmann and visual artist Lisa Pijuan-Nomura (who also both work at Epic Books on Locke Street), Talking About Comics: A Graphic Novel Book Club is the perfect place for comic/graphic novel lovers to gather. Featuring interesting discussions, good books, and the promise of cookies, this graphic novel book club has been gaining traction in the past couple of years.

Next Meeting: Tuesday, April 23 at 8 p.m.
What They’re Reading: Duran Duran, Imelda Marcos, and Me by Lorina Mapa 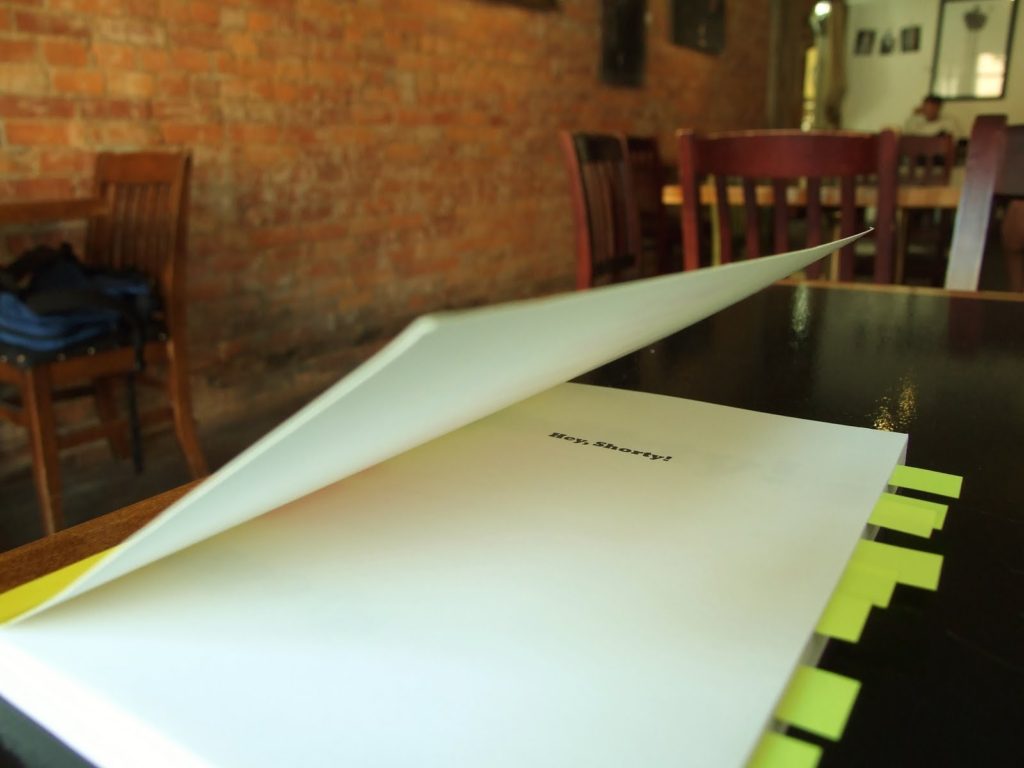 Books and Brews
Hosted by the Hamilton Public Library

Whether you choose a brew that comes from a beer tap or a coffee machine, the Hamilton Public Library’s Books and Brews book club is the perfect opportunity to chat about books while enjoying a warm or cold beverage. Books and Brews meets at Mulberry Cafe on James Street North. It is just one of many book clubs offered by the Hamilton Public Library.

Next Meeting: Monday, April 9 at 7 p.m. at Mulberry Cafe
What They’re Reading: The Art of Racing in the Rain by Garth Stein 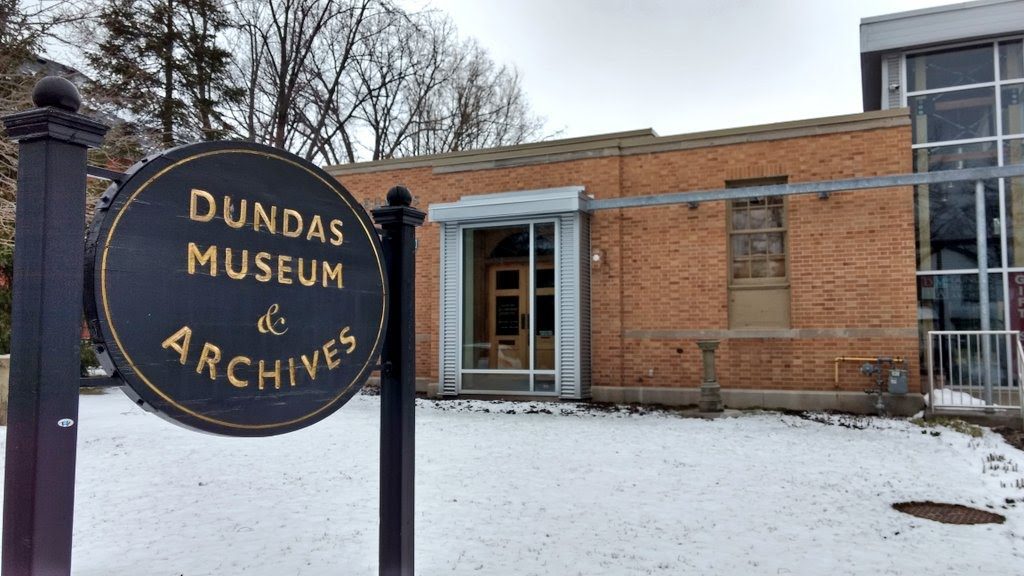 The Dundas Museum & Archives is one of the city’s best-kept secrets for history lovers. Their historical book club meets at the museum on the first Thursday of every month. Book club picks can include biographies, historical literature, historical fiction, and the classics.

Other Upcoming Meetings:
May 3 – The Fishers of Paradise by Rachel Preston
June 7 – The Betrayers by David Bezmozgis
July 6 – Restoration: A Novel by Ólafur Jóhann Ólafsson 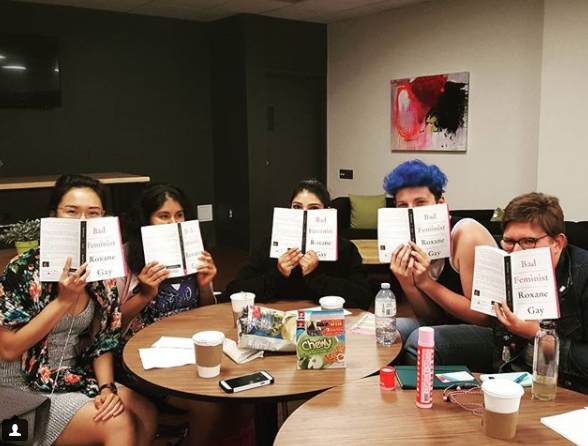 YWCA Hamilton’s Youth Advisory Council aims to create a network of women and non-binary voices that are strong, unified and, most importantly, heard by others. The council’s book club reads books that connect to this mandate and create conversations about feminism and leadership. Previous books have included Bad Feminist by Roxane Gay and Runaway Wives and Rogue Feminists: The Origins of the Women’s Shelter Movement in Canada by Margo Goodhand. Spring and summer book clubs are held outdoors when possible.

Are you a member of a book club? We want to know about it! Let us know in the comments or on social media. Happy reading!