After 3 years of waiting, Village Theatre is back at the Waterdown Memorial Hall. 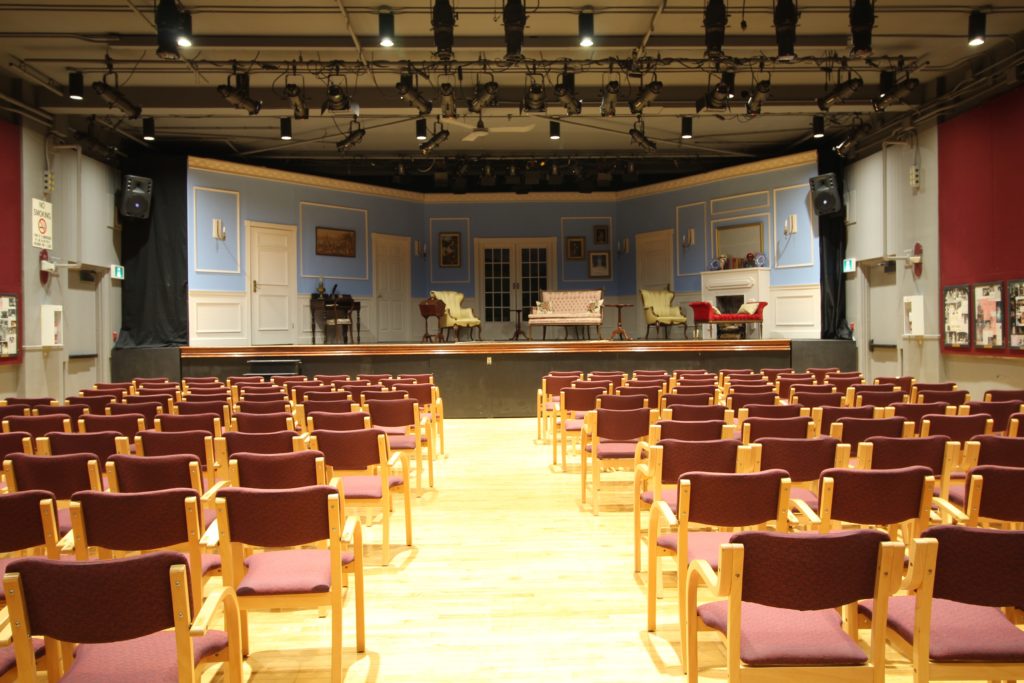 The home of Village Theatre for 45 years, Memorial Hall was in need of some upgrades, and for that they turned to Workshop Architecture from Toronto. Workshop Architecture met with various stakeholders to outline the requirements necessary to meet community needs and improve the theatre’s ability to generate higher attendance and more income for the Village Theatre (the Hall is owned by the City of Hamilton) . This $1.7 million project resulted in an addition to increase accessibility and visibility, as well as interior upgrades and restoration work. 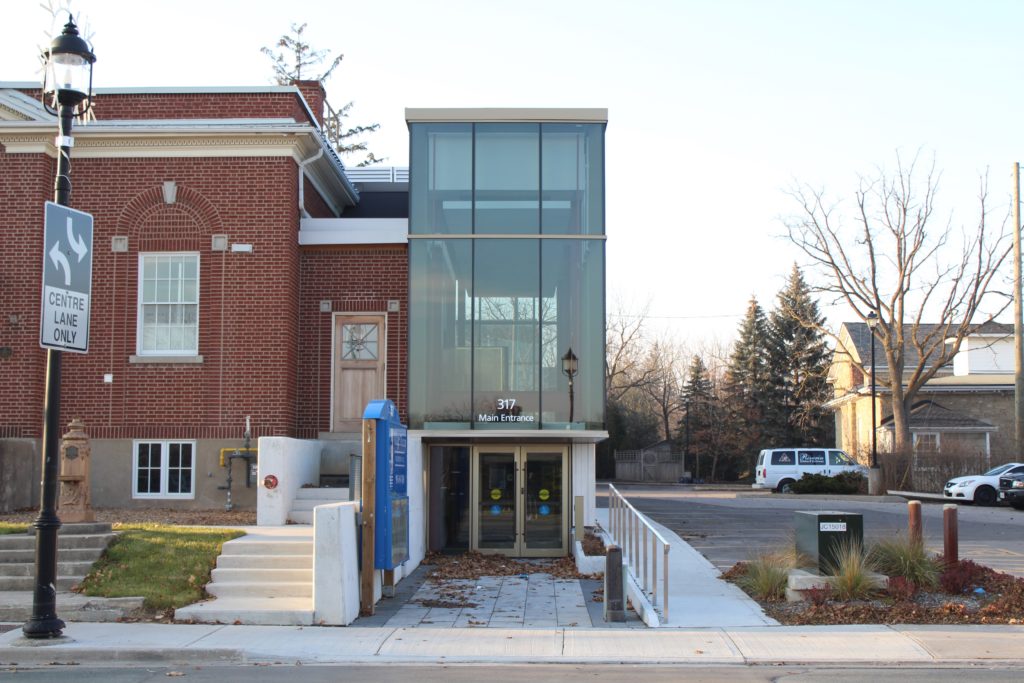 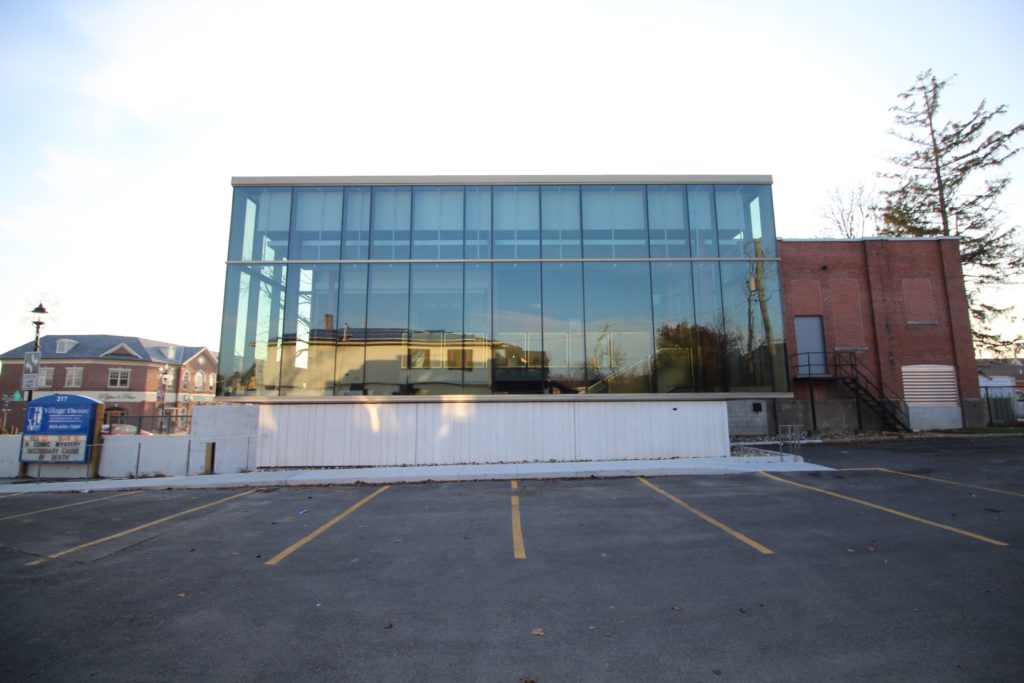 The glass box addition located to the east of the hall provides the new stair-less entrance into the theatre. A contemporary counterpart to the Edwardian Hall, the fusion between the two is a bizarre but understandable juxtaposition of architectural theatrics. 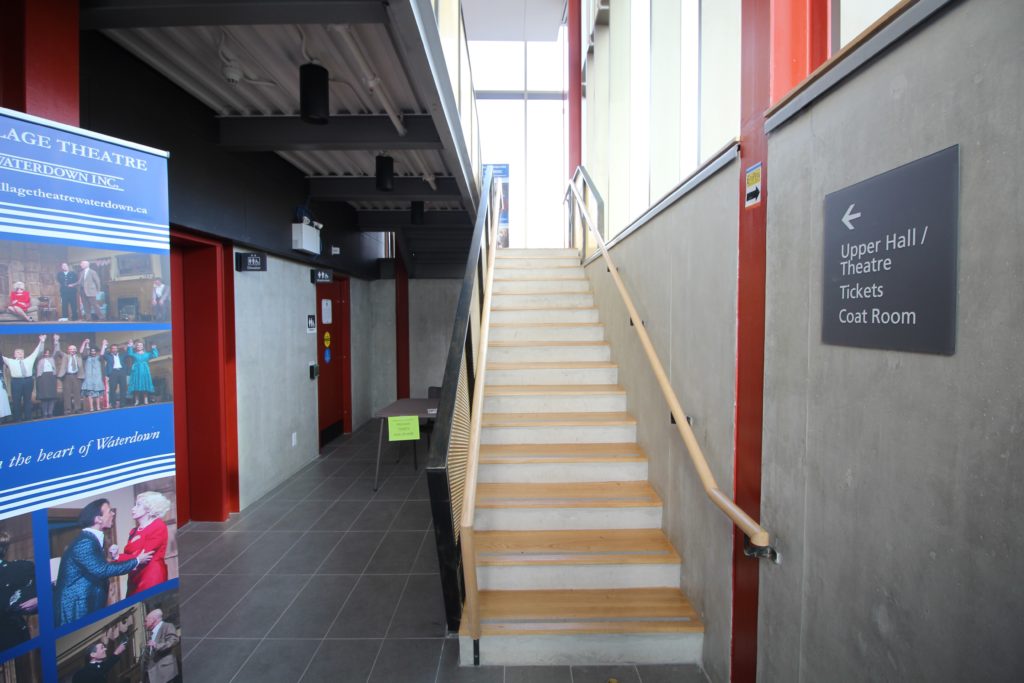 At grade the addition is enclosed with formed concrete and opens up above, surrounded by a glass curtain wall for the light to shine in. Both ends of the addition cantilever slightly, supported by I-beams and cable bracing, framing the space and adding a pop of colour. Small details are present throughout the space, like gold meshing on the stairs, black compressed fiberglass cladding, wooden handrails, painted exposed steel channels below the mezzanine, and exposed beams. 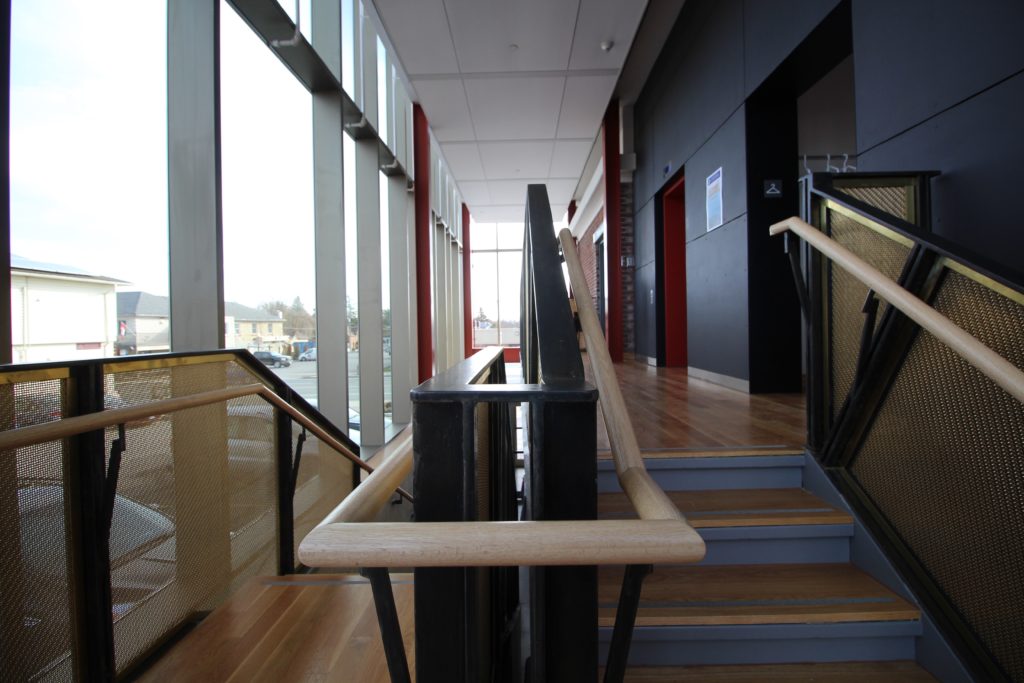 There isn’t too much to the space itself. The layout is simple. The vestibule leads to a small reception space with a flight of stairs and over to the mezzanine with a cloakroom, as well as the theatre entrance. And of course, there’s ever so important elevator access and washrooms. 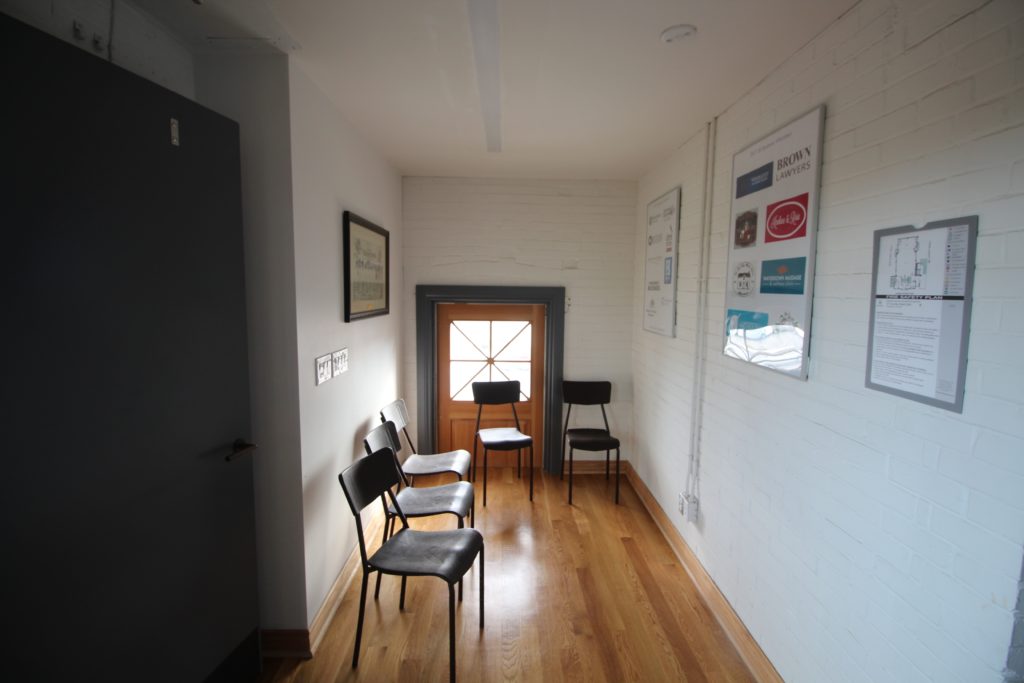 A small interstitial waiting area between the new addition and entrance to the theatre still reveals half of an original door from the east entrance of Memorial Hall. The changes to the elevation from the addition created a low view out to Dundas Street through the door’s window, making the space a curious spot to sit and observe.

Other renovations included increased parking, new windows and doors, a new air conditioning system, and a functional kitchen to serve the theatre go-ers.

The Waterdown Women’s Institute, the King’s Daughters, and an amateur athletic group raised money to support the war effort during WWI and ended up using the money after the war had finished to purchase the land where Memorial Hall resides. When the site was turned over to council after the war, the hall was born when the building was completed in 1922. Out front of the hall there is a commemorative plaque with the names of all the villagers who had enlisted during the war and the 19 who died fighting for their country. Waterdown Memorial Hall is one of only seven memorials built in Ontario after the war (there are also halls in Binbrook and Carlisle).

Before becoming the home of Village Theatre, the hall has seen several changes in programming and look. It’s been home to the Village Council and Women’s Institute. Portions of the hall have also been used for a Division Court, a cinema, and a jail.

During the midcentury, Waterdown’s library operated out of the main floor of the space while the basement was used as a shooting gallery for a local gun club. In the mid-50’s a nightclub occupied the main floor of the hall, which is why the rear and side windows were bricked up. At one point the building also had a clock tower. It was removed in 1949, with the bell of the tower now sitting atop the commemorative plaques.

Don’t miss Village Theatre’s next production “Secondary Cause of Death”, which will run from February 23nd to March 10th.