James Balfour was born in Hamilton on December 24th, 1854 and apprenticed in Scotland at Peddie & Kinnear. He opened his own office upon arrival back to Hamilton in 1873 and quickly became a prolific architect. Influenced by Henry H. Richardson and his Romanesque Revival style, many of Balfour’s building still stand today. Balfour died on April 10, 1917, almost a century ago. Although he is best known for the Scottish Rite and old City Hall, Balfour designed several houses and buildings throughout the city. Here’s a list of his Top 10: 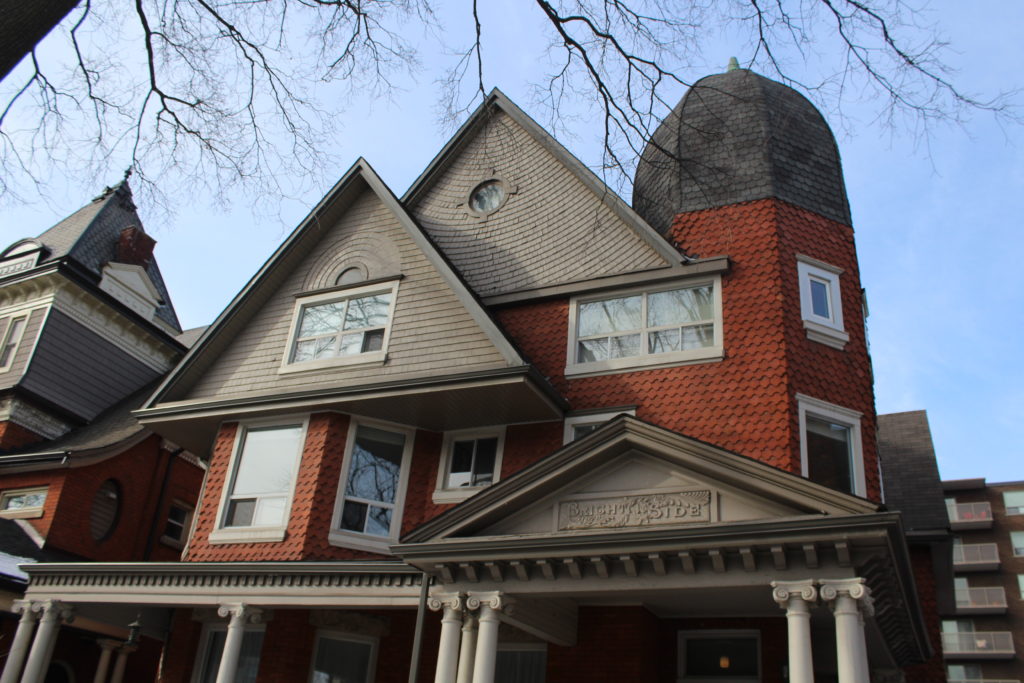 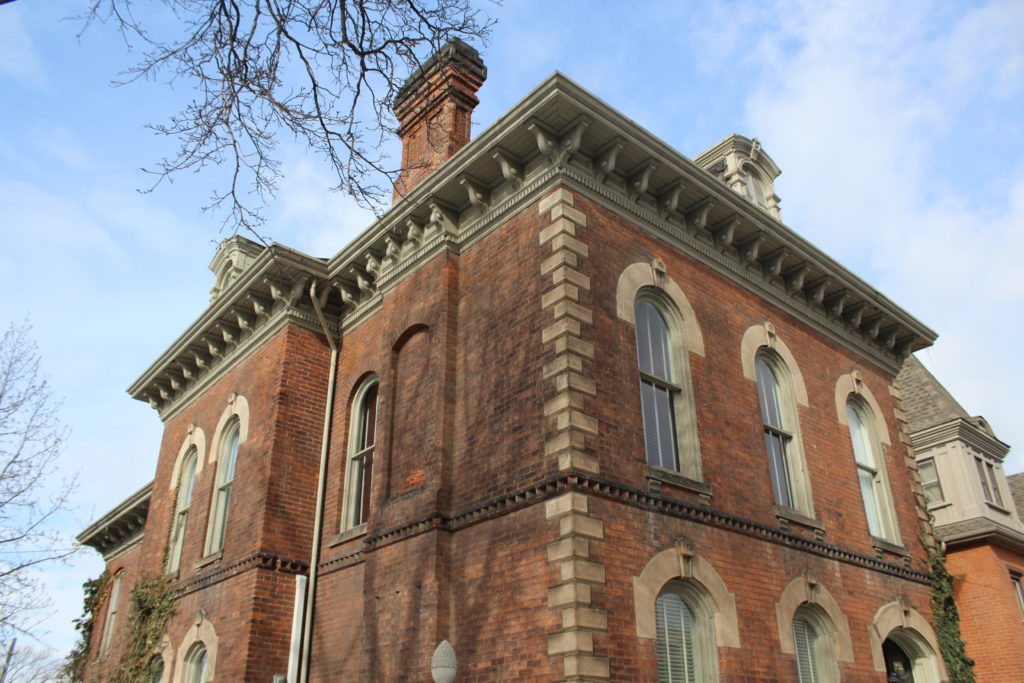 250 James Street South (1880) – One of Hamilton’s best examples of Second Empire architecture. It is now a law office. 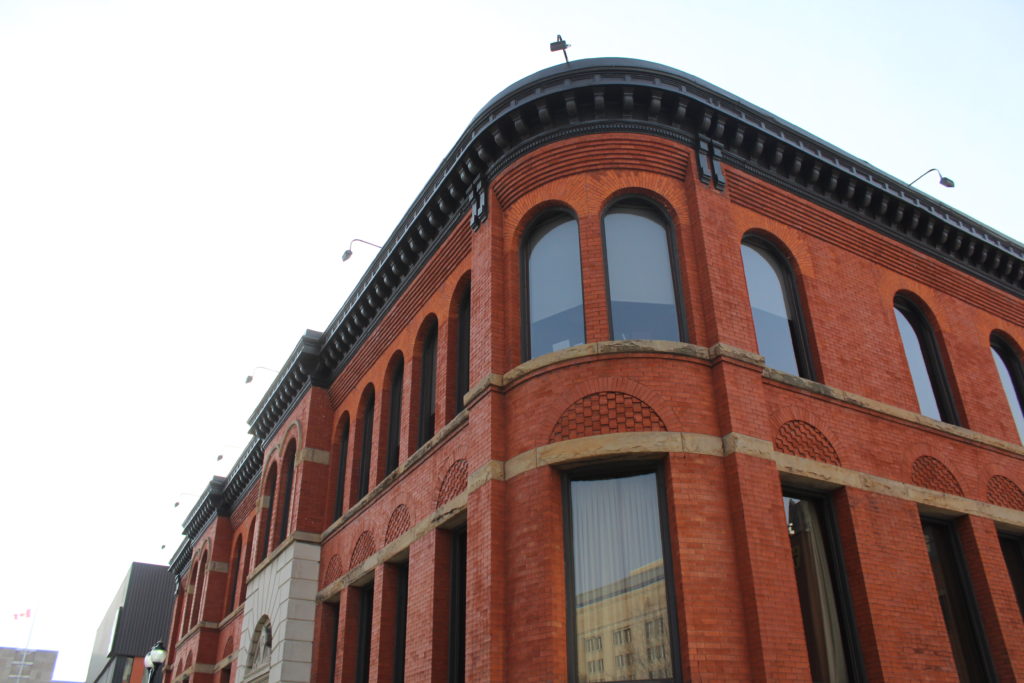 Bell Telephone Office & Exchange (Hughson Street South, 1890) – Now the main office for the local LiUNA chapter, this building is well proportioned and fits in quietly amongst his best work. 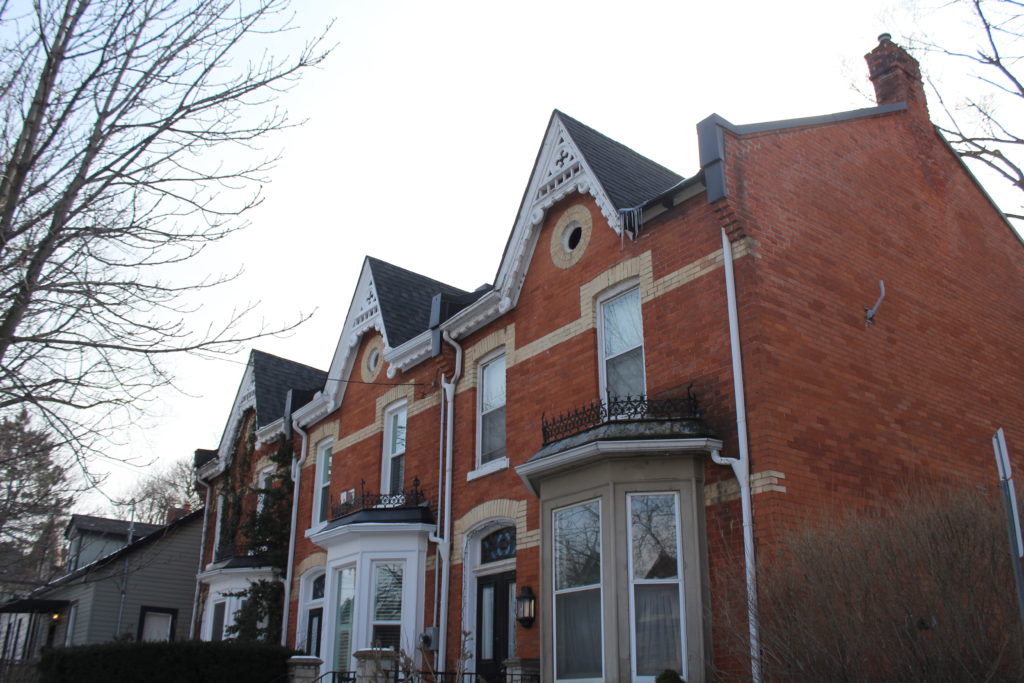 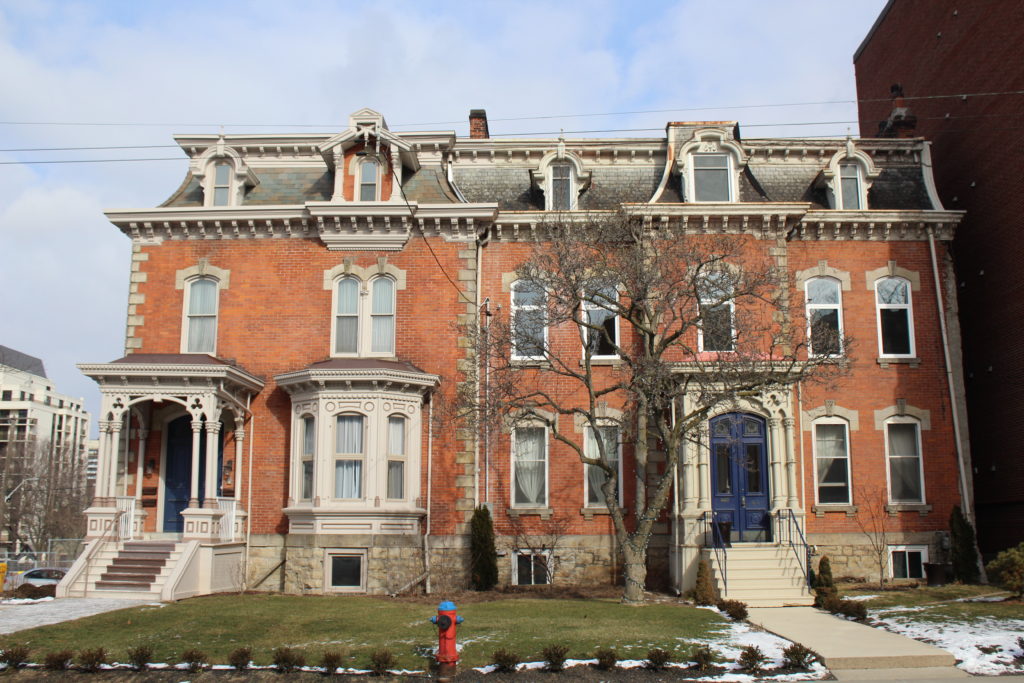 The Terrace (46-42 Herkimer, 1887-1888) – A collection of Second empire row homes with some beautifully details dormers, an impeccable mansard roofline, and well-embellished porticos. 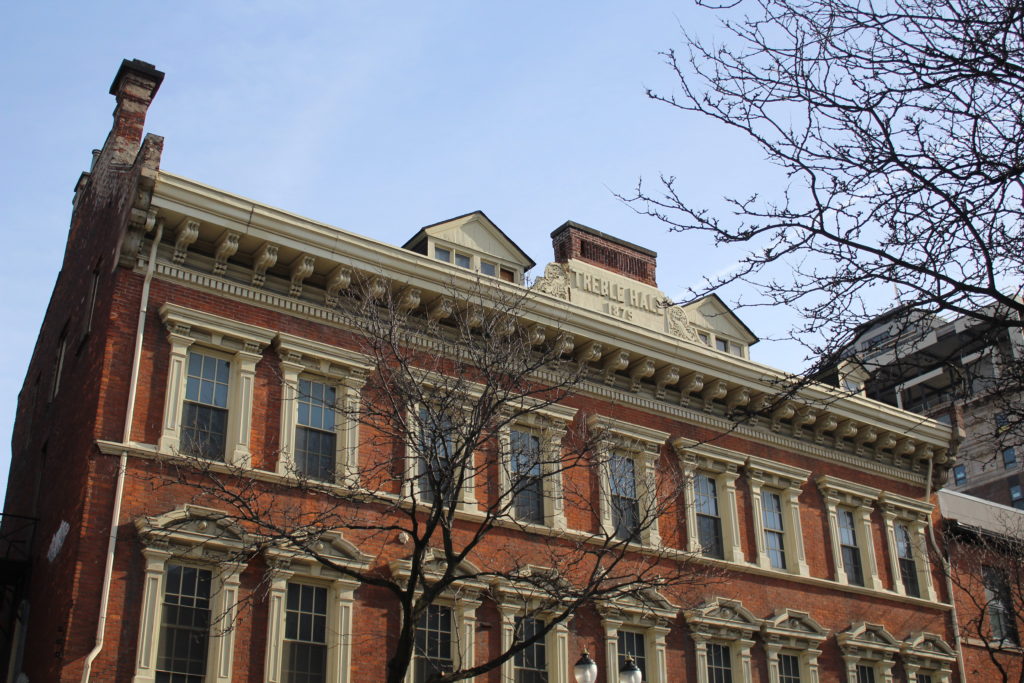 Treble Hall (John Street South, 1879) – A Renaissance Revival building currently going through a new revival of its own. 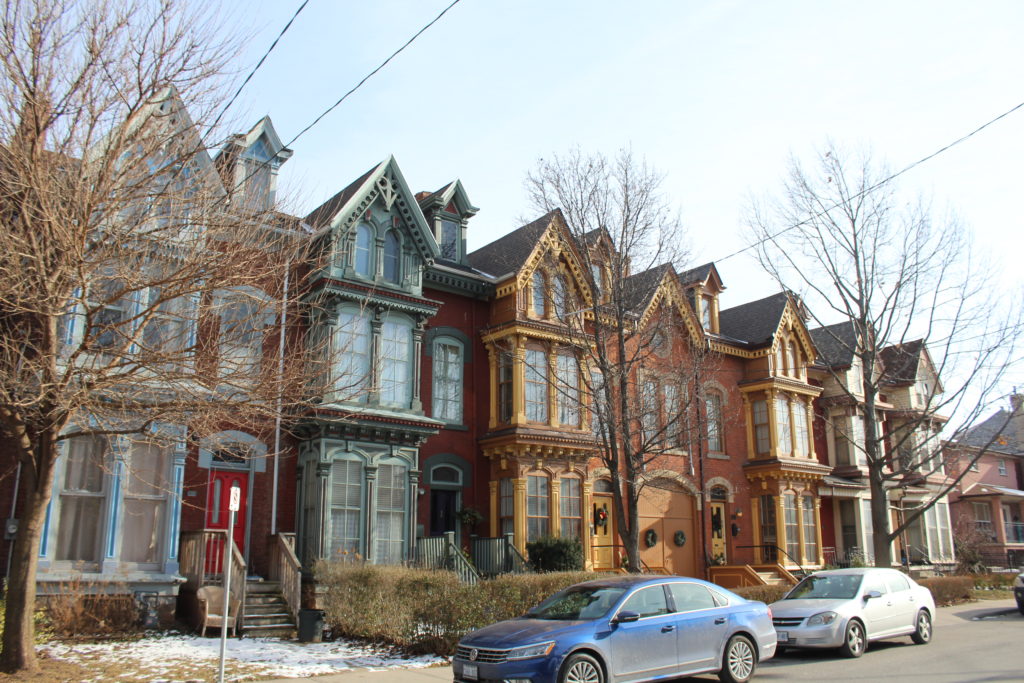 The Painted Ladies (MacNab Street North, 1879) – Built for barrister Mr. Larkin (who was also responsible for Treble Hall) these row homes were allegedly built for his 4 daughters. The design influence came after Balfour’s trip to San Francisco where he saw the original Painted Ladies. 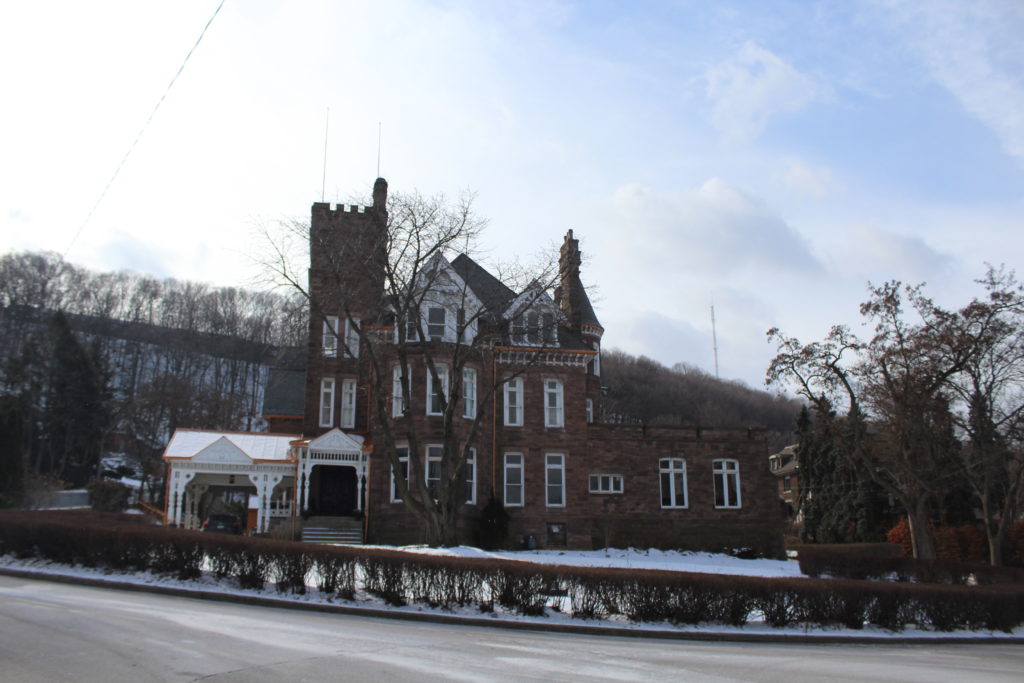 Ravenscliffe Castle (1881) – A Victorian style castle that originally sat on 9 acres, this 11,000 square foot giant has 10 bedrooms and 6 bathrooms and was just bought for a staggering price. 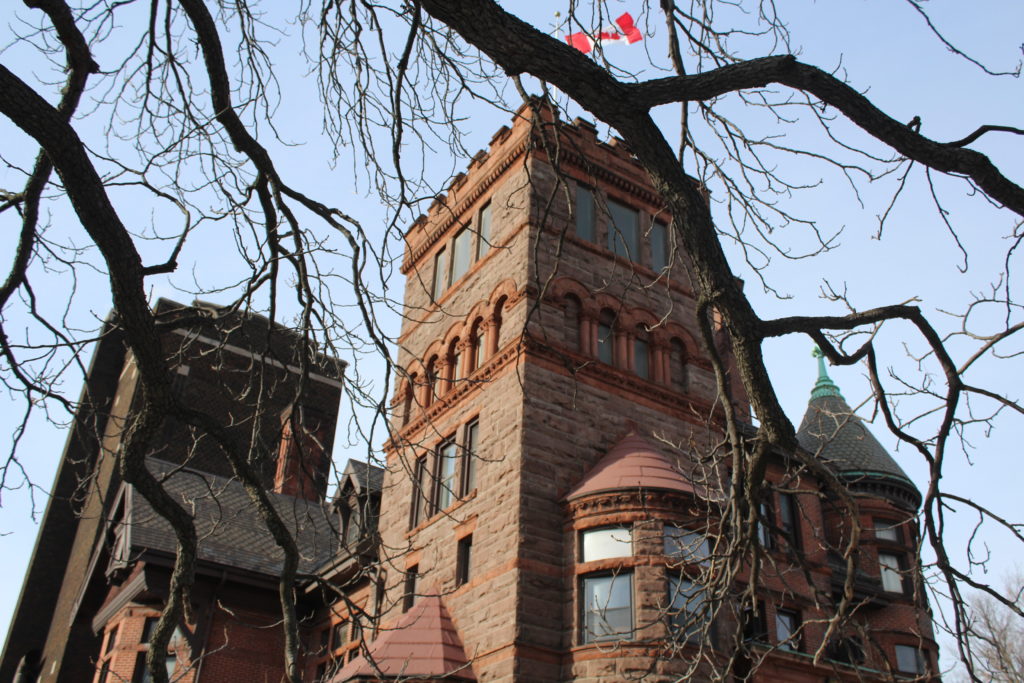 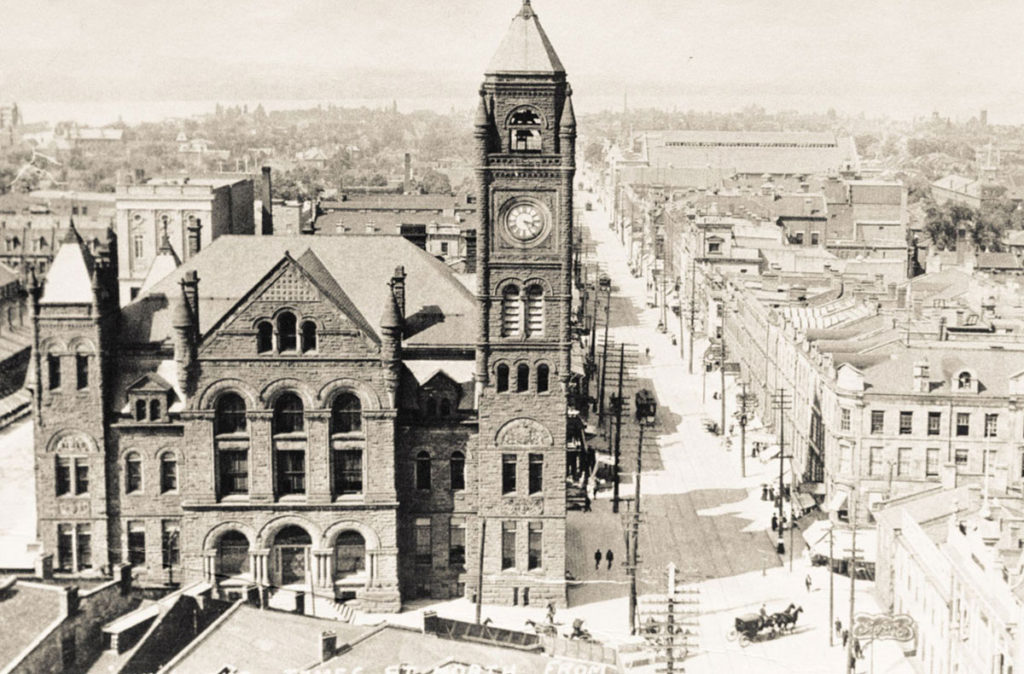 Old City Hall (1890) – Although old City Hall is one of Balfour’s short-lived masterpieces, the neo-Romanesque building was deemed a firetrap by 1950 and was demolished to make way for our current City Hall, which was completed in 1960.