If you live or work downtown, you probably know Toby’s Good Eats. You’ve likely walked by it dozens of times while cutting through Jackson Square or, like me, you’ve noticed its Comic Sans sign and wood-panelled interior. But have you ever stopped in for a meal? I hadn’t either, until a month ago when, after three decades of living in or near Hamilton, I finally tried Toby’s (and have returned two more times since).

Toby’s Good Eats has been in Hamilton since 1986. At one time, there were more than ten locations nearby, including the Toby’s Good Eats at Yonge and Bloor, which Toronto Life called “the quintessential downtown snack shop.” There’s now a Toby’s Pub and Eatery with a similar origin on College Street near Sneaky Dee’s.

Inside Hamilton’s Toby’s Good Eats, you’ll find exposed brick, wood panels, and photos of mostly dead celebrities that hang on the wall. While it’s not the most contemporary space, it’s cozy and inviting, and with its downtown location, it’s no surprise that it’s always busy at lunch. 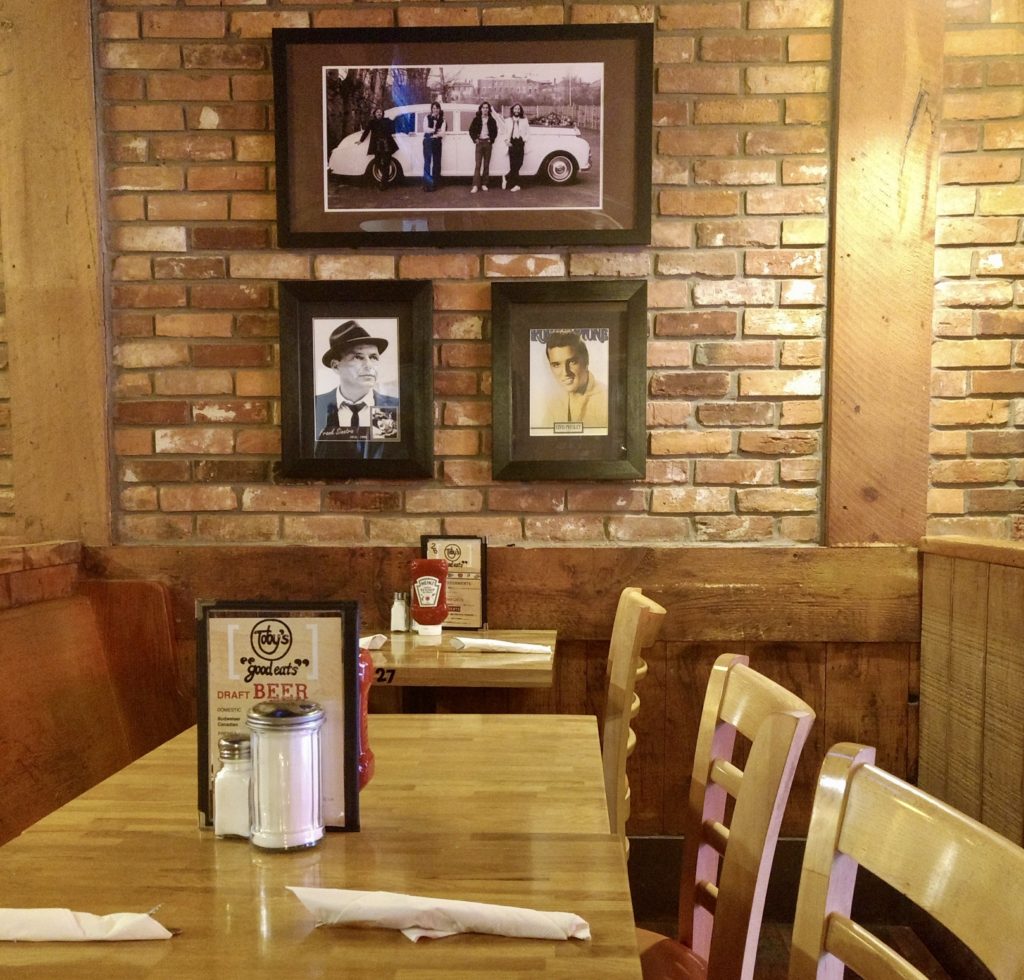 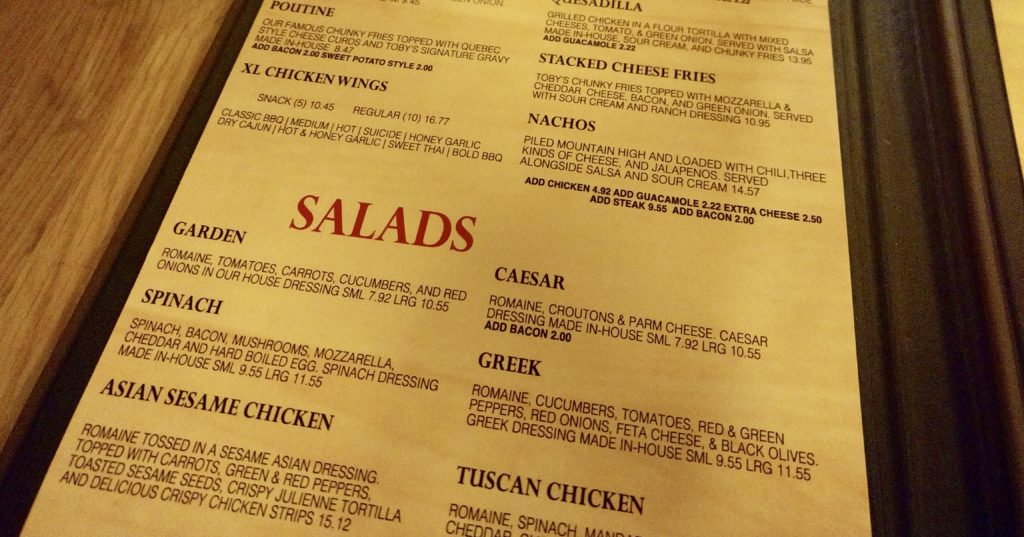 Go to Toby’s Good Eats for lunch and ask to sit in Big Nick’s section. Big Nick has been with Toby’s since it opened in the 80s, and he’s quickly become one of my favourite servers in the city. He’s beyond entertaining, whether he’s breaking out into song, cracking jokes, or saying “yummo” when your food arrives. On our first visit, we made the amateur mistake of asking Big Nick if he was Toby. (He’s not. Toby was a stuffed bull terrier, who according to the Hamilton Spectator, was once dognapped from Jackson Square.)

One of the best parts of Toby’s Good Eats is the generous portion sizes. I haven’t left hungry from any of my three visits, and while Toby’s might not be the most gourmet choice in the city, it’s an excellent option for a hearty meal on the cheap with excellent service. It’s also quick! Each time, our food has arrived in less than ten minutes after ordering, making Toby’s a great choice for a quick work lunch or dinner before a night out downtown. 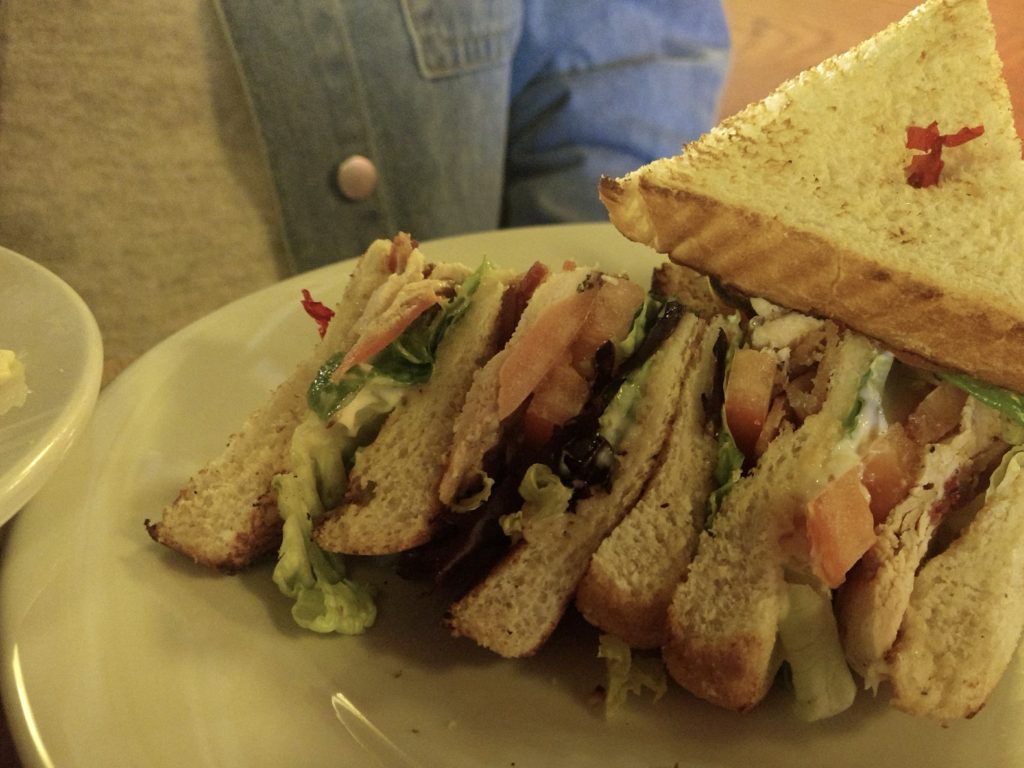 My advice: Don’t let Toby’s mall location and dated interior fool you. It’s an underrated staple in the downtown core that’s worth a try!