HAVN (Hamilton’s Audio Visual Node) opened up shop on Barton St / James N. in 2012 and we, as a city, have been a lot cooler ever since. HAVN is known for being the place where you can count on for interesting Art Crawl shows, cool concerts, interactive art, and a place to meet creative young people. HAVN exists in the spirit of D.I.Y. collective-run arts spaces. A few years ago the folks at HAVN took their love of music up a notch by starting HAVN Records.

The label was started by HAVN founders and members of Hamilton’s experimental jazz/noise band Haolin Munk (Aaron Hutchinson, Connor Bennett and Chris Ferguson) as a way to release their own music. Eventually, this effort turned into a record label that focuses on limited run tape releases. HAVN Records have released over 50 tapes in the 3 and a half years they’ve been open. The genres of music released vary from Hip Hop to experimental noise. The genres are all over the map but the thing that connects them is their appreciation for the D.I.Y. aesthetic and work ethic.

We caught up with one of the HAVN Records founders, Aaron Hutchinson, to talk about tapes. 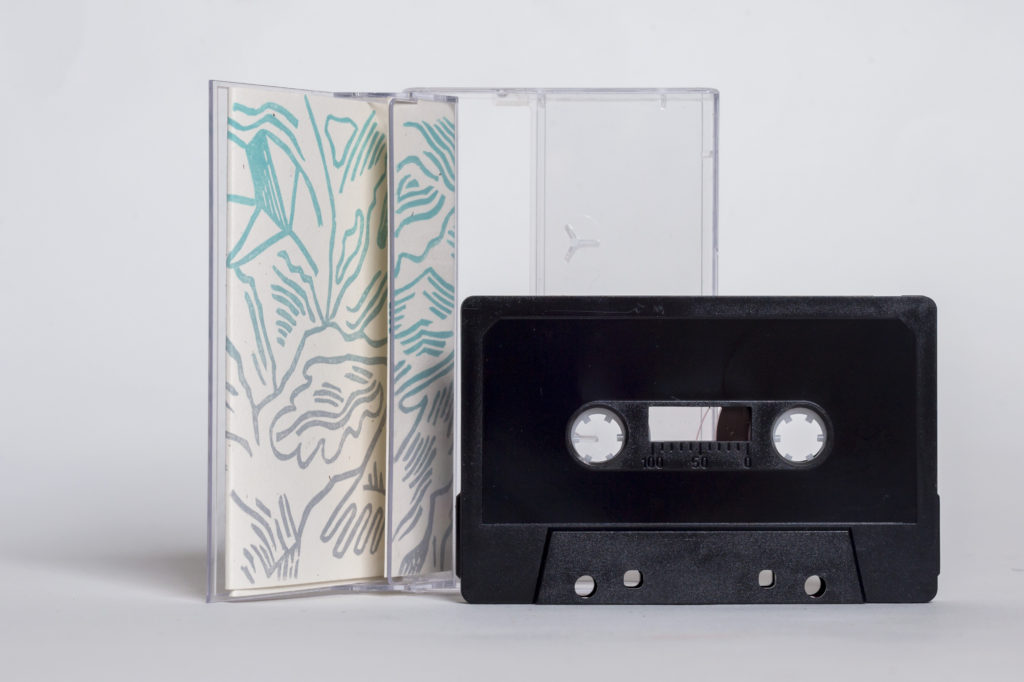 What pushed you to start HAVN Records?

We had been running HAVN as a studio and gallery spot for a little while and it became a place where bands associated with the collective (Haolin Munk, Eschaton) would rehearse. In time, we’d start to present live music. All the while, Aaron was studying and practising sound engineering and our musical projects were maturing to the point that we had albums worth of material to produce. So we started to create these albums of sounds.

We were heavily inspired by the noise folks in Hamilton and the prolific output from Perdu, Scott Johnson and Barton Street – we thought that their approach to physical releases (tapes, limited runs, DIY) was both beautiful, robust and achievable on a tiny budget. We were all collectors of physical media to some degree, and we wanted to insert ourselves into the tradition.

From releasing inner-circle HAVN bands, to friend’s’ projects, we developed a rhythm and proficiency creating these music objects. The more shows we hosted at HAVN, the more bands we met – from all over the world. When a certain performer or ensemble makes a serious impact on our hearts and minds at a live show, we will sometimes follow-up and feel out any potential to collaborate on a tape release with them.

One of the reasons we work in tape is their form. It’s a compact and durable which lends itself well to nice artwork looks and stashing in your pocket at a show. They also aren’t crazy expensive to produce, unlike vinyl. We used to dub our own cassettes in real-time on a boombox (the first five or so releases are done this way) but we have upgraded to getting a duplication company to do the legwork (s/o duplication.ca). Art is done either in-house – we have a host of HAVN-related artists who have been commissioned for tape art – or by the musician themselves. The only real stipulation we put on the artwork is that it follows our special recipe standardised 3-fold j-card.

What is the production process like when you’re working with tape?

Cassette tape is a very forgiving medium when compared to digital, CD and vinyl. Because the scene of folks creating tapes is so DIY, we get a wide range of production values on tapes. At HAVN we sometimes send our releases out to be professionally mastered, but that is a very significant cost that we can’t afford all the time. It’s really nice to hear certain instruments on tape, like acoustic guitars and saxophones, which develop a little modulated ‘warble’ that gives things an imperfect, tactile vibe.

What are the benefits of working with a smaller crew like HAVN Records for an artist – as opposed to with a large recording studio?

With us, it’s pretty casual and relaxed. We only work with folks and music that we are stoked on – so there are good vibes to be shared. We don’t make tapes to make money so we don’t really care about returns from sales. This way money never really enters the conversations with artists. The deals are simple and we’re not trying to capitalise on rights and we don’t get into streaming revenues. I’m not sure exactly what large studios do, but generally, there are contracts being signed, and costs trying to be recouped / salaries to make. At HAVN it’s just about making a few beautiful products that represent someone’s beautiful music.

We only work with folks and music that we are stoked on – so there are good vibes to be shared.

How do you select which music you work on?

Most of the music we release has been made possible through connections made at a HAVN show or on tour (with Eschaton, etc.). If we see a band we really love we will chat and see where it goes. Sometimes folks have music that they are sitting on, ready for release but they don’t know the steps to make it happen.. or they are considering to self-release and we’ll come in and offer to put up the production costs and coordination and some super simple marketing on their behalf. We are always looking for the weirdest, pertinent sounds to release and we are so fortunate to be part of a community of genius artists who are making this.

How can musicians get in touch if they’re interested in working with you?

We have a HAVN email havnode@gmail.com – but otherwise, if you know one of the HAVN crew, getting in touch with us directly is a more streamlined approach. Also, someone could write us on the HAVN Facebook or via Bandcamp. So many roads lead to new tapes.

You can find music from HAVN Records on their Bandcamp page.

** All photos featured were taken by  Alejandro Collados-Núñez