Playhouse Theatre to be brought back to life

The old Playhouse Theatre, home of City Kidz since 1998, will soon open its doors to the public once more after being purchased by Princess Cinemas.

Located at 177 Sherman Avenue North, the Playhouse will be the city’s oldest active cinema. It’s a theatre with a rich, obscure history. Design by architects Stewart & Witton and opened in November of 1914 by Frederick Guest, it was a working class cinema with a stage for vaudeville. 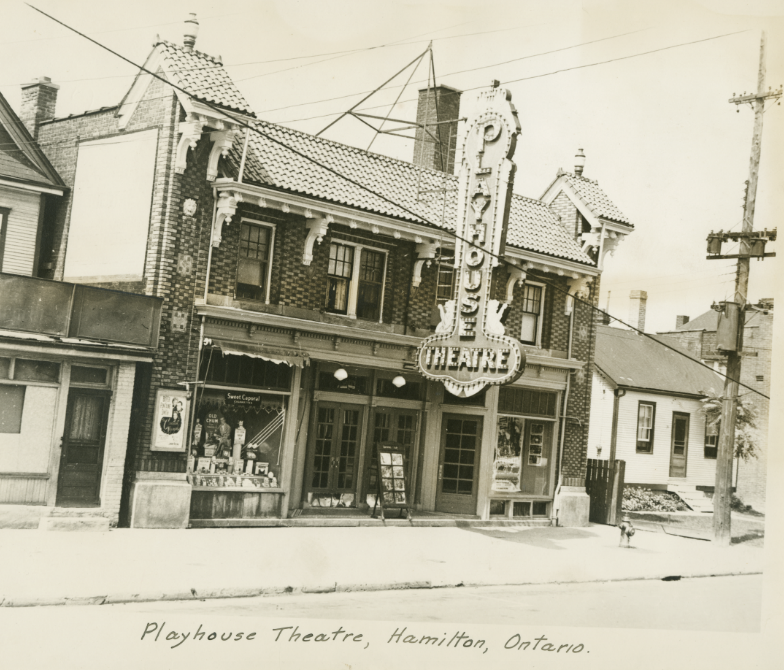 During the 1940’s the theatre was an important meeting place for workers and activists. In 1946 the Playhouse auditorium was the voting site of the STELCO steel strike for the members of the United Steel Workers of America Local 1005 that helped launch industrial unionism in Canada. Between the 1960’s and 1970’s the theatre showed Italian cinema. In the 1980’s, it showed soft core porn. Theatre Terra Nova, a live theatre company, bought the building in 1990 but vacated shortly after, failing to reinvigorate the space. The property was purchased by the city and was sold to City Kidz Ministry in 1998, which they used for programming events and other activities until 2017.

Equipped with a 600 seat auditorium, the building is still in fantastic shape both inside and out, but has seen some changes. The terracotta roof has been replaced with shingles. Much of the original storefront has been boarded up, including the box office. The original marque was replaced in the 1940s, but not much has been changed or altered since, other than its colours and the burnt out bulbs. Overall, the architecture still shines with large corbels and overhanging cornice, roof lines jutting up like dog ears, and stylish brickwork.

News regarding the re-opening was announced on social media Thursday February 22nd by Waterloo’s Princess Cinemas, who will be taking over the historic building, renovating and restoring the space, and reinvigorating this piece of old Hamilton as the ‘Playhouse Cinema’.

The success of Princess Cinemas is well-known, as they have been Kitchener-Waterloo’s longest running independent art-house cinema, with their original location opening in 1985 and their second location (Princess Twin Cinemas) opening in 2005.

In this ever-changing city, it has become the norm to see historical buildings reused as something other than their intended purpose. It can be a breath of fresh air to see a project that will renew a piece of Hamilton past back to glory, especially when placed in capable hands.