Hamilton-based Kojo Easy Damptey is a man of many talents. Kojo is a multi-disciplined  musician, a community organizer and advocate. In what can often be a dog-eat-dog world of competitive hustling and grinding; Kojo spends his time collaborating with many Hamilton-based musicians and sitting at tables advocating for diversity and inclusion. His music features thought-provoking lyrics meant to address societal issues in an attempt to enact positive change both in our local community and on a global scale. 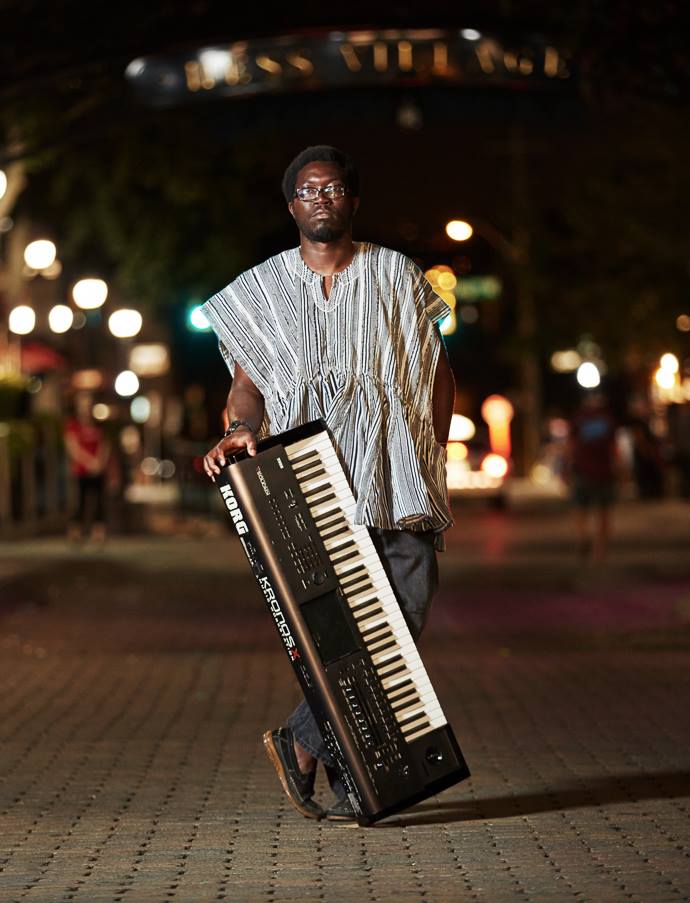 Giants: Stories of Existence, Resilience, & Resistance is Kojo’s new album and it was conceived to capture the myriad experiences of people of colour through music. The album builds on the tradition of resistance and resilience that people of colour around the world have shown in the fight to combat the ill effects of colonization. Giants: Stories of Existence, Resilience, & Resistance celebrates the life of Amilcar Cabral one of Africa’s anti-colonial leaders and it features fellow Ghanaian (Kojo was born and raised in Ghana) musicians Mutombo da Poet and WanLov the Kubolor. The idea of this new album was born out of a thesis project that Kojo began at Royal Roads university in Victoria, British Columbia, in 2014. As Kojo puts it, “I wanted to investigate whether Ghana’s current political system is reflective of indigenous government systems before colonization.” Having to complete literature reviews where he was able to dive deep into African scholars for the first time opened Kojo’s eyes to the work of so many iconic and revolutionary African writers and leaders. The unsettled feeling of learning about one’s heritage and cultural icons through a grad program in Canada is what inspired Kojo’s musical focus, “I was like man how come none of these people were talked about when I was growing up?.. I found it very weird that I got to learn about my history in a grad course in Canada. And then when you continue digging up you find out that it’s not even just like Africa. If you look at Latin American, Asian or Middle Eastern history the same kind of thing. I realized that the only thing that brings all these threads together is colonization.” he says. Giants: Stories of Existence, Resilience, & Resistance features local artists Mother Tareka, The Altobeelays, Nasr Benny and Canadian Winter.

The importance of creating music that’s got meaning and that leads to critical thinking and even action is something that is central to Kojo’s work. At a time where most genres have been processed and sold through a pop lens and with most popular music sounding the same, Kojo, insists on creating music that does something different, “I think that music in general today has become so pop-ish and empty. Look at our political climate and how it is affecting people. The policies are literally affecting everyday people. For me it’s like how are you gonna listen to Drake and then complain that Ford is doing XYZ.. I want you to listen to social music that will inspire you to do something and to sign up for something. To me, that’s what music is about. I don’t explicitly say go out and protest – but I want that activation to happen. They’ve cut minimum wage! That’s a very real thing that affects people, so how you are you gonna be listening to Migos at a time like this?” 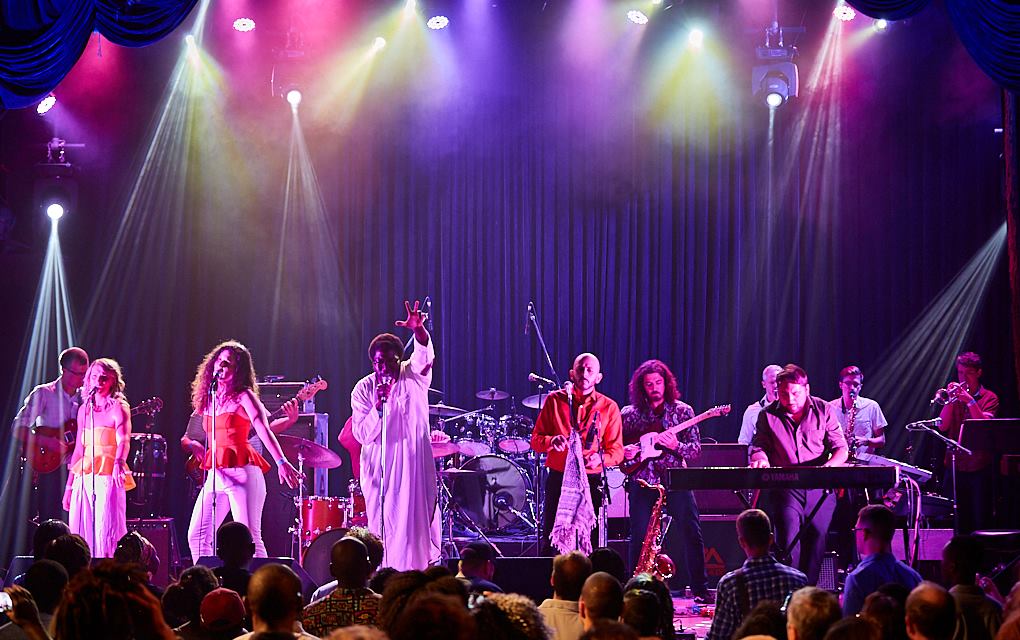 Beyond creating his own music to enact positive change in the world, Kojo is one of the founders of Hamilton collective COBRA (Coalition of Black and Racialized Artists). This collective aims to represent the voices of people of colour in the arts scene through unity and mutual support, “We have challenges, but it’s given us a way to voice our opinions and also share experiences and see how we can change that and possibly also give an easier pathway for the youth. All in all its been great to link up and I think some people are now are working together because of this who would not have otherwise linked up. We’re supporting each other, paying each other and through this we are building some form of community. It’s been slow but it’s important to do it right and build a foundation and a trust.” he says.

Kojo’s community involvement also extends to being active in the “City of Music” project in Hamilton where he believes that small practical changes are the way forward for this controversial initiative, “After some changes in leadership and direction, we thought we’d focus on the musicians that are here: let’s pay emerging musicians and let’s train them. We did the musician exchange with London Ontario. We’ve done the music conference. Those are the practical things that you can say we did for musicians. But if you just do a logo and say we are the city of music but nothing is being done – then you have a huge problem.” If all this wasn’t enough, Kojo is also the founder of the Renaissance Music festival. He’s a busy guy that’s involved in a lot and when asked about his busy schedule Kojo reiterates the fact that it is important to be involved to try to make positive change in your community, “For me it’s like if you are not gonna do that – then who is? And I also feel like if you don’t try then you can’t critique, right? So, now when I sit at the table and they are like ‘let’s get musicians to play at city hall’ I can say ‘well, look at this person, look at these people’ instead of them just playing the same old folks, and that’s something. My favourite highlight of the summer was Mother Tareka singing about gentrification and Mayor Eisenberger was there clapping”.

The common thread that runs through Kojo’s passionate involvement in the local arts scene and through his own work as a musician is the importance of community. As Kojo puts it, “There is an African saying ‘When you are born you are born into a society’ so that is how I’ve always tried to live my life whether its music or personal relationships.. I think when you work with those around you it raises everybody up. It’s a beautiful thing.”