Mac Joyner is a Hamiltonian. He was born in Hamilton in the 1920s and went to school at local elementary WH Ballard. Though these days, Mac finds himself living in the Sunnybrook Veterans Centre in Toronto with fellow veterans.

He has had a full life, raising a large family (with his son, two daughters, and two grandsons visiting him at the Veterans Centre and taking him home for family gatherings often), becoming President of Décor Metal Products (a division of Firestone Canada), and fighting in Canadian Armed Forces in WWII.

Though he joined the Canadian Armed Forces at the young age of 18 – at 94, the memories of the war are fresh in Mac’s mind. Mac Joyner was a Navigator Bombadier in the Royal Canadian Air Force, flying one of the Lancaster bombers in Lincolnshire, England. He was responsible for pinpointing enemy targets on runs over Germany. Mac’s flights are meticulously tracked in his flight log book. The dates, hours, aircraft names, pilots, and places such as Frankfurt, Stuttgart, Berlin are noted in pen, along with “191 lost” in February 1944 noted and tracked in pencil. 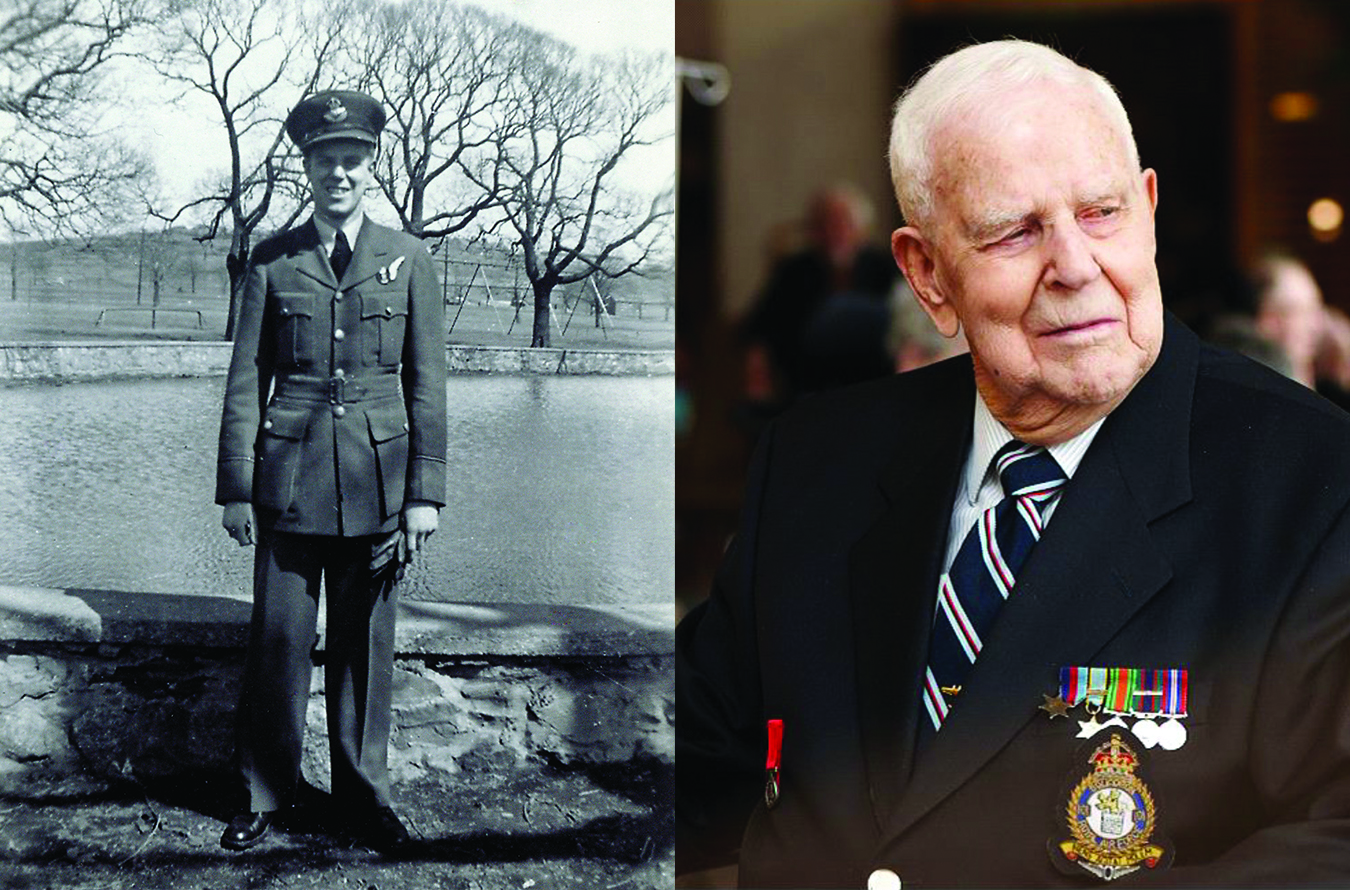 Of the 30 Lancaster’s that were in his original squadron, 45 were shot down in just six months. Mac was one of the lucky ones.

These days, his days are filled with good times and leisure at the Veterans Centre. Keeping physically and mentally active are key to his wellness. Mac has no complaints. He is a member of the Warplane Heritage Museum, visiting during sponsored events with fellow veterans, while the Lancaster is in Hamilton.

Thank you to Mac Joyner, and every veteran, for their service.

For a list of Hamilton Remembrance Day services, including the large veterans’ parade in Gore Park, visit City Of Hamilton’s website.

To learn more about the Sunnybrook Foundation and Operation Raise a Flag visit their website.