A look back at what the Arrival Inn once was

The Arrival Inn at Main and Caroline wasn’t always such an eyesore. If you can believe it.

The motel saw major renovations in the 1980’s that resulted in what it looks like today. An oblong box of concrete and stucco, pierced by gridded bay windows, with portions of the structure propped up on pilotis to shelter cars. The result is one heck of an ugly facade.

And the interior is no better. The lobby is like a kitschy, institutional retirement home stuck in the late 80’s. Far from comforting. If you want a laugh (or cry), read some of their reviews on TripAdvisor. 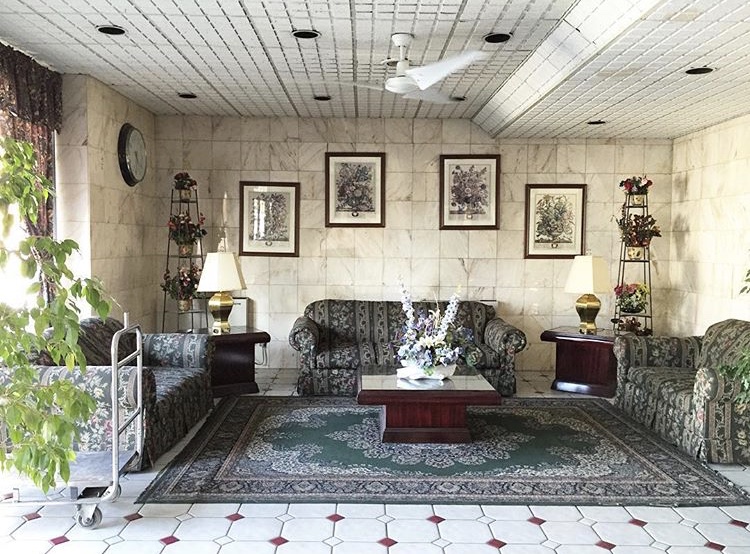 But it used to be a splendid little midcentury hotel called the Town Manor Motor Hotel and it was designed by none other than Joseph Singer. 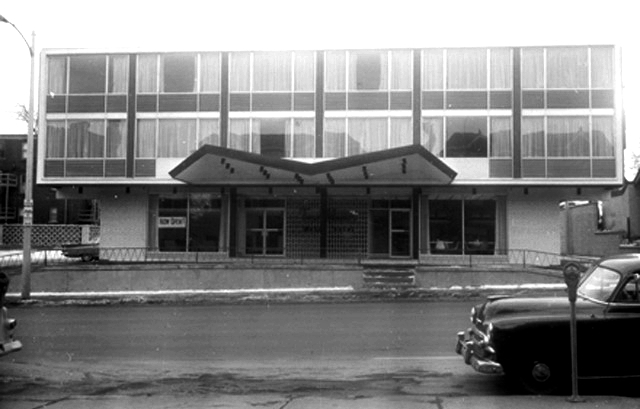 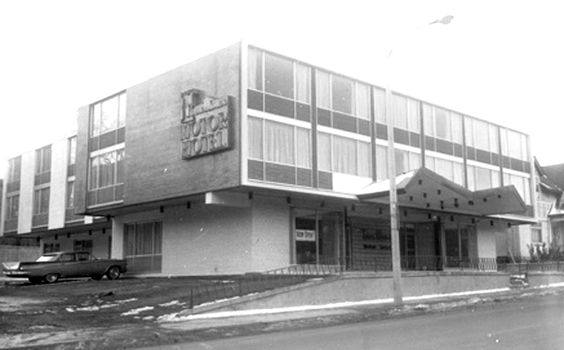 Constructed in 1959 and opened in 1960, it had some really interesting moves: a glass curtain wall facing Main; breeze block at the entrance with the hotels name in script; and an “M” shaped canopy not only as a visual statement, but to also provide relief during inclement weather for the vehicles of patrons checking in. The design definitely had some West Coast, California inspiration.

He also designed the Town and Country Motel in Aldershot around the same time, but it has retained a lot of the original look.

Sadly, what we see now at 175 Main has hidden any trace of the past, much like the Hamilton Health Department Headquarters building on Hunter Street. A building designed by Stanley Roscoe in 1953 that has seen its facade cheapened with no trace of its original flourish. Too bad.  It makes you wonder what else we’ve hidden behind stucco.