The Hamilton Fringe Festival gears up for its 14th annual run from July 20-30th across various local venues. Theatre artists and companies submit their work and are accepted in a lottery format, and all ticket sales go back to the artists.

To get started, purchase your Fringe Backer Button for $5 (which you will wear to every Fringe show you attend) and from there you purchase either a Fringe pass or individual tickets to each show. There are more than 40 companies offering up musicals, dance, comedies, magic shows, dramas, and family entertainment in more than 300 performances.

We chose our top picks to check out during this year’s Hamilton Fringe Festival. Interested in previewing more shows? Attend the official Kick Off! event on July 19th at Lincoln Alexander Centre where companies are given 90 seconds to win you over by previewing their shows.

In previous years, Hamilton-based company Make Art Theatre produced both original works as well as classical pieces, including their award-winning Romeo & Juliet an Escapist Comedy (2014) and Much Ado About Nothing (2015).

This year the company is part of Hamilton Fringe’s Gallery Mini Series which consists of super short, 10-minute plays. The Cheese was previously awarded at the HamilTEN Festival in 2012 and is succinctly described as “two pseudo-intellectuals fighting by wits, deception, and violence for the last piece of gourmet cheese.” If it’s anything like their previous works, you can expect a lot of wit, fast-paced, clever dialogue, and nuanced characters. (Kristin) 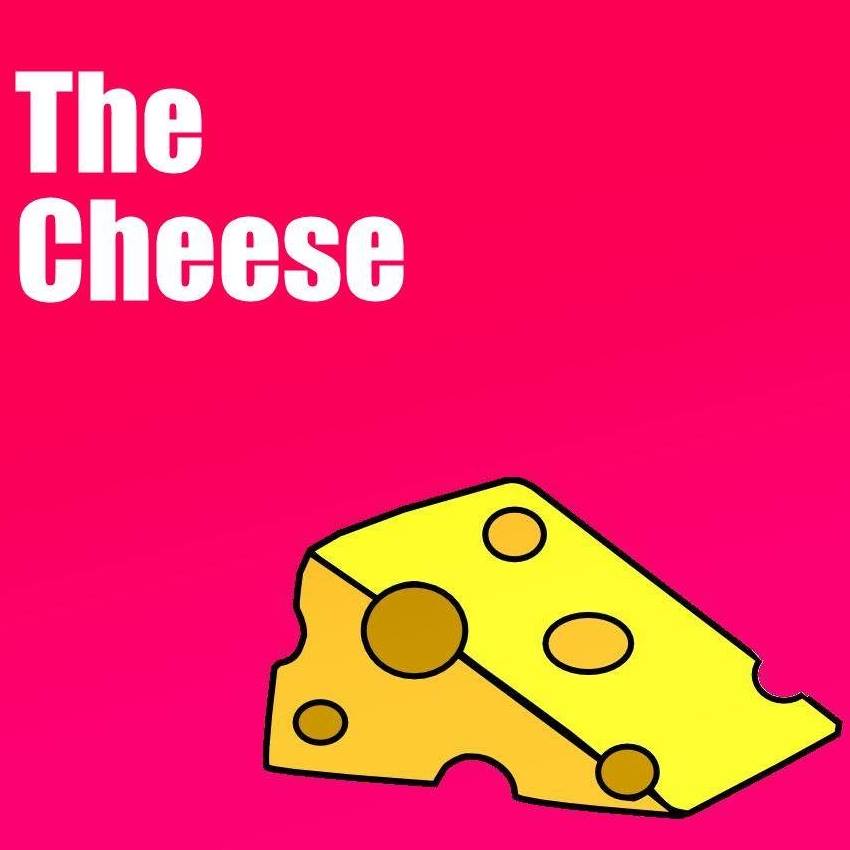 School of Social Work, McMaster University – We Are Not The Others
Venue: Mills Hardware (94 King Street East)

Toronto-based writer and performer Izad Etemadi is a Hamilton Fringe favourite, bringing several well-receieved shows to the festival in recent years, including works featuring his loveable and brilliant character Leila, who has a whole world unto herself.

Now Izad writes and directs We Are Not The Others, a creative collaboration between Dr. Carranza of McMaster University. Using real words and emotions of women immigrant to Hamilton, the work is rooted on the findings of a two-year research project conducted with women immigrant to Hamilton by Dr. Carranza, funded by the Hamilton Community Foundation. The piece is remounted from a sold out run at the AGH Annex this past November. (Kristin) 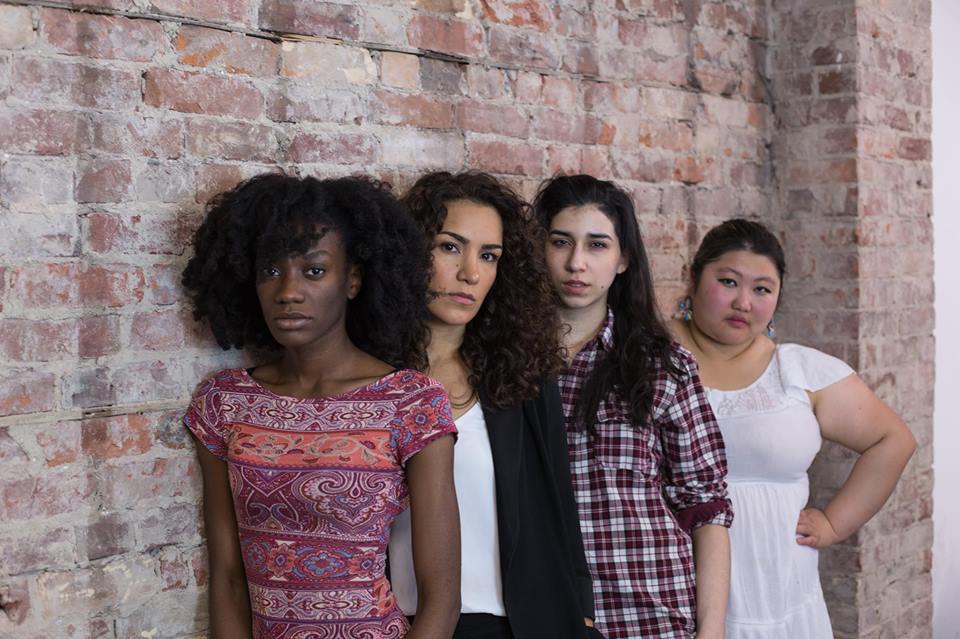 “Is poetry subversive? U.S. Senator Joe McCarthy thought so. On March 24, 1953, Langston Hughes, renowned poet of the Harlem Renaissance, was summoned before the Senate Committee on Investigations. Did his poems contain communist ideas? In reply, Langston Hughes tells about his personal encounters with racism in America. Based on the actual transcript of his testimony, interwoven with the controversial poems, and incorporating dance, music and powerful images of the era.”

Langston Hughes was an incredible poet whose work has lived on and remained relevant throughout the decades. If you like the intermingling of poetry and politics – this is the play for you. (Biljana) 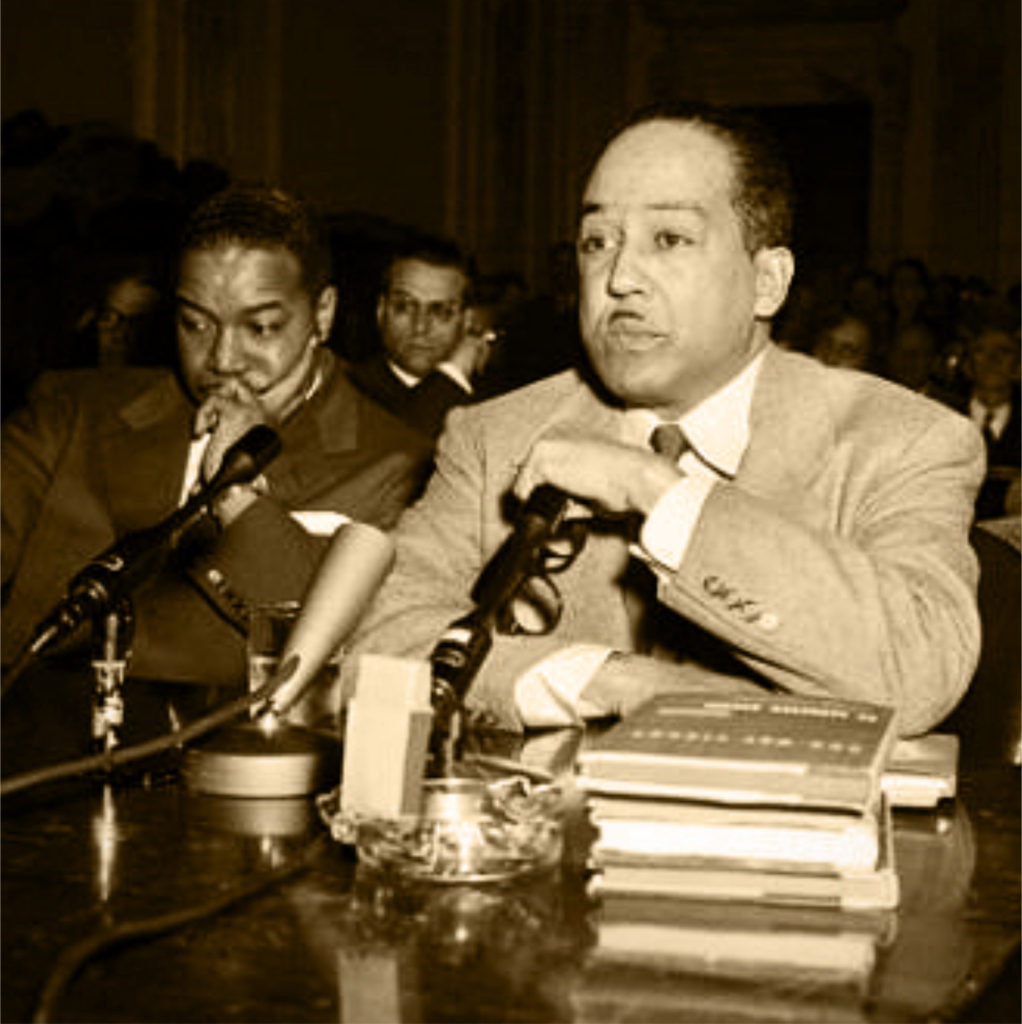 “What do you do when a trick goes wrong? International, award-winning performer Sawyer Bullock presents a humble, charming and unique magic show in his trademark style, which has been seen in Las Vegas, the Dominican Republic, Canada’s Wonderland and on his own TV show. An antithesis to the Vegas razzle-dazzle spectacle, Sawyer presents a powerful performance suited to contemporary audiences, yet rooted in classic magic and theatre elements.” (Biljana) 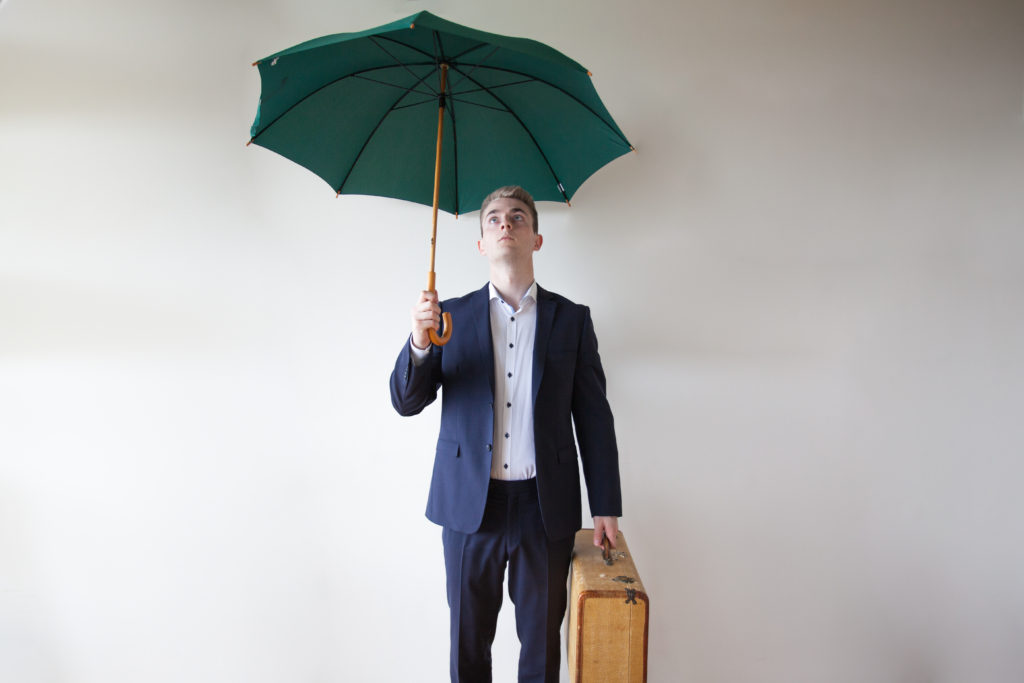 In Perfect Couples, a witty and dark offering by Toronto’s Pencil Kit Productions, “four couples navigate the impact of mental illness on their intimate community as one of their friends unravels in the wake of trauma.” Written by emerging playwright Mitchell Janiak and directed by Claren Grosz, the play is scored completely by musicians from the Greater Toronto Area. Grosz is the Artistic Director and founder of Pencil Kit Productions, an indie theatre collective prides itself on presenting original works that are both innovative and socially relevant. (Jessica) 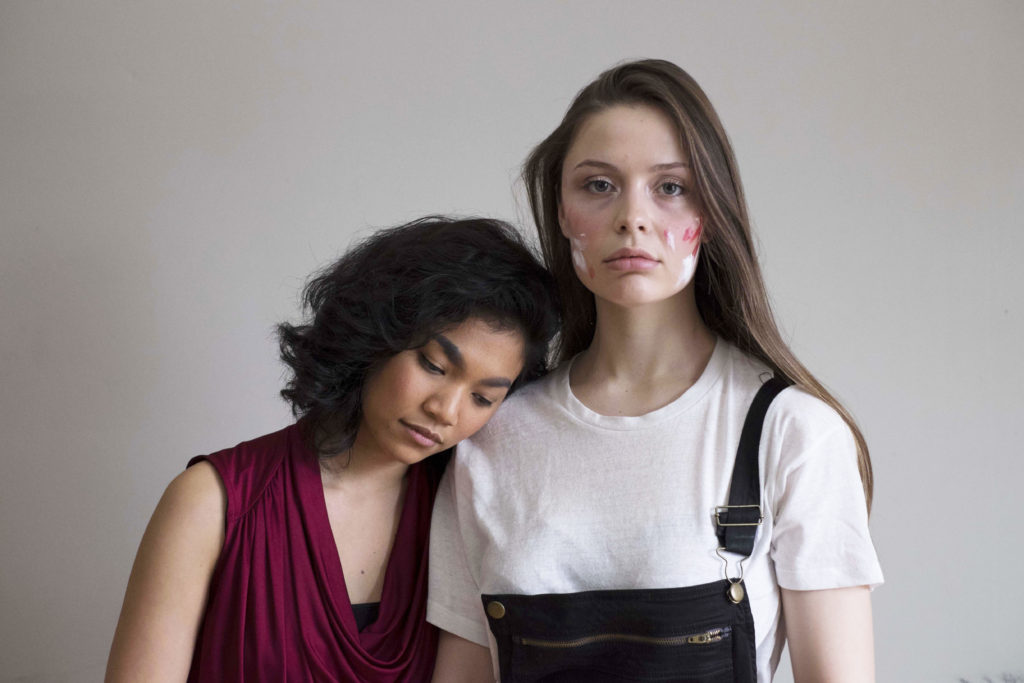 In Your Own Sons, desperate mother Pauline — played by Amy Milligan — embarks on an emotional journey, attempting to understand her son’s decision to join ISIS. The play is the most recent production from Hamilton’s Same Boat Theatre, which brought Finding Mr. Right to the Hamilton Fringe Festival in 2015. Founded by local artists Aaron Joel Craig, Stephen Near, and Lauren Repei, the company is “dedicated to telling authentic, provocative stories onstage to challenge the heart and confront the mind.”

Inspired by actual events, Your Own Sons tackles the “politics of faith and fear” against the backdrop of radicalization. It begs audiences to put themselves in Pauline’s shoes, asking themselves what they would do if they found themselves in a similar situation. Written by Stephen Near, the production will be followed by a longer version to be staged in Hamilton in 2018. (Jessica) 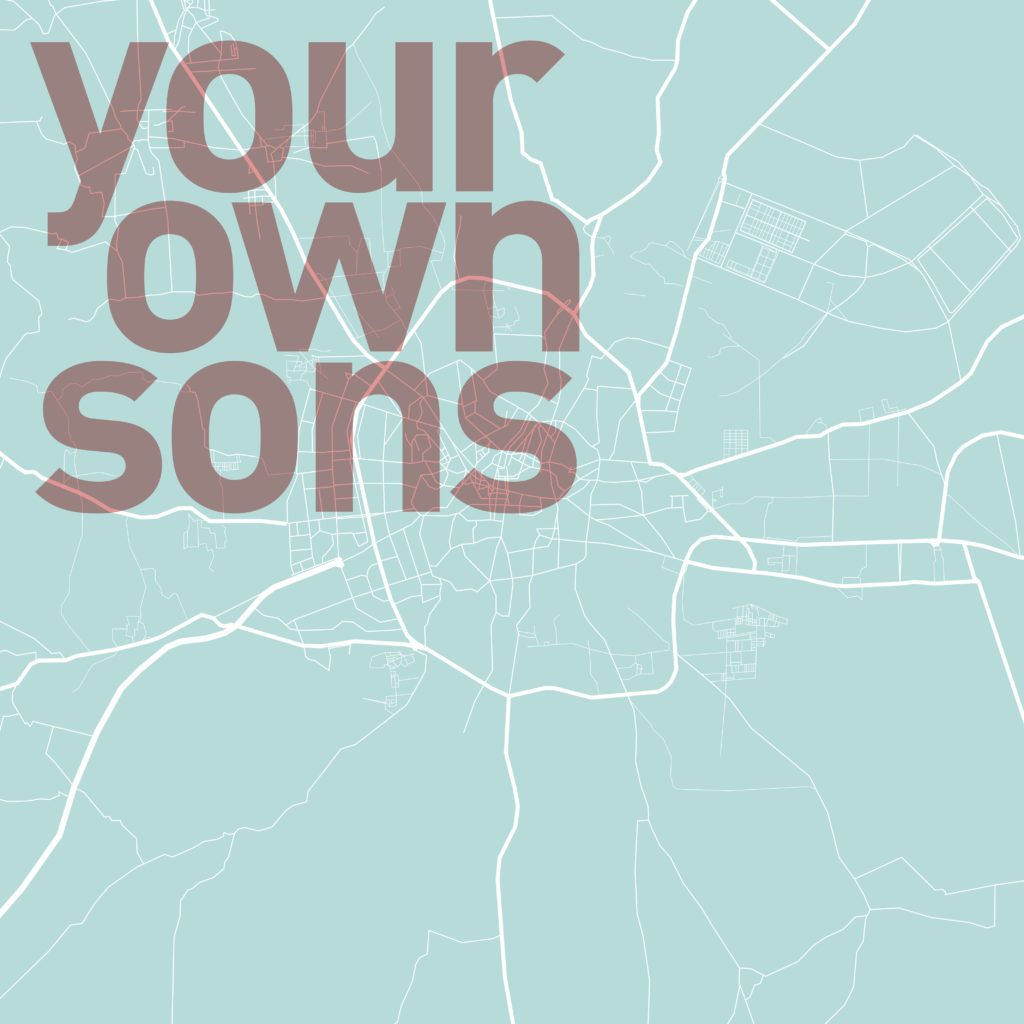 If you’ve had a chance to see any of The Hamilton 7’s monthly sold-out story telling nights this past winter and spring, then you’ll know that this motley crew of local Hamilton story tellers will have you on the floor laughing, contemplating life’s intricacies, and simply just appreciating their fine crafted art of story telling. A must see for some local love. Each show will showcase four of the story tellers (alternating different nights). Karen Ancheta, Corin Raymond, Darla Biccum and Sheldon Davis will feature stories about family. Dave Brennan (for three shows), Tor Lukasik Foss, Hitoko Okada and Lisa Pijuan-Nomura will perform a collection of their all time favs from their story telling repertoire. (Seema)

Sage for the Stage is a young (new to the scene) Hamilton theatre company that debuted at Frost Bites with a well-received immersive play titled This Installation is not Interactive. Brine is their second official production.

If you or your parents are new comers, then you’ll be able to relate to this play written by Senjuti Aurora Sarker and directed by Jamie Milay. It’s a 20 minute drama based on a series of interviews of their immigrant mothers (from Bangladesh and from Congo). The play provides a voice to dialogues and stories that might typically go untold while giving the audience “an intimate peak into the realities of inter-generational relationships between immigrant parents and their children”. (Seema) 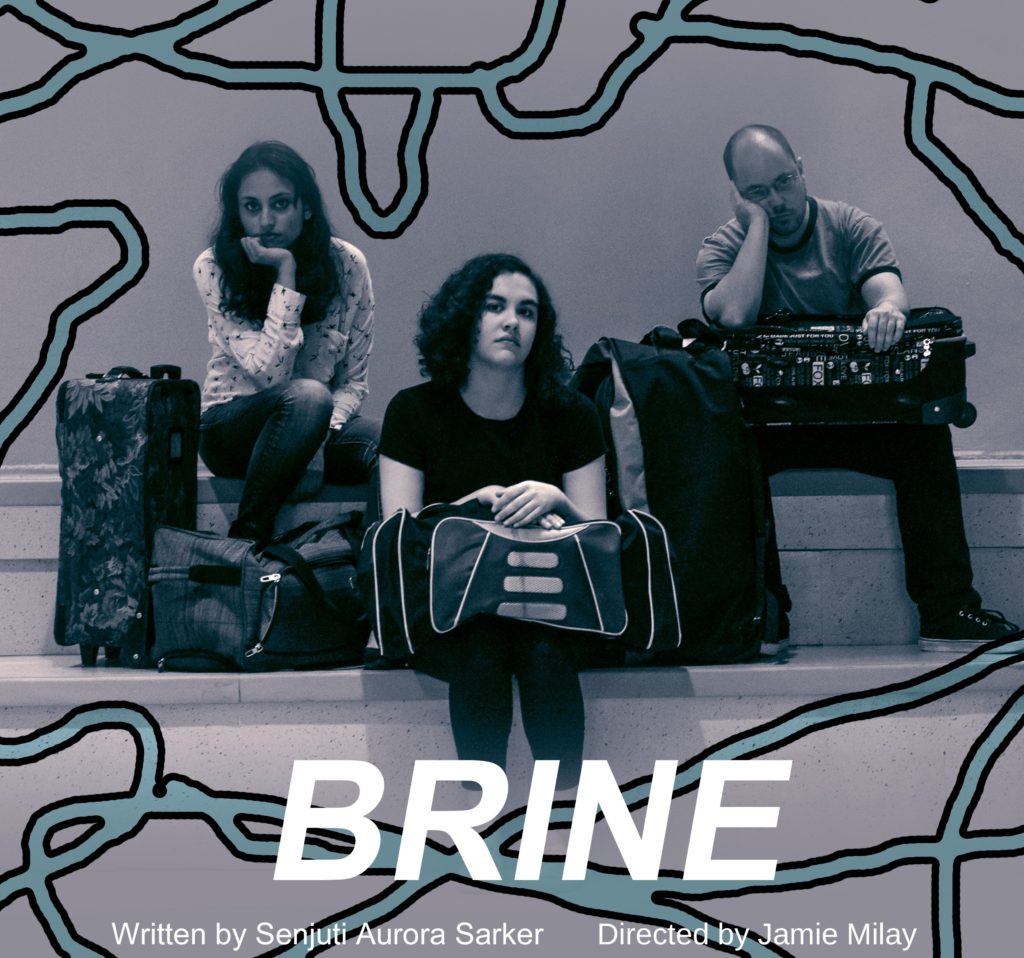 Prepare to laugh out loud (lots).  Paul Hutcheson hails from Toronto but is a frequent Hamilton visitor who has put on many hilarious shows that have only ever left me wanting more stories and laughs. He shares with the audience day-to-day life scenarios that he experiences from encounters from his day-job (working with teens as a high school teacher) to love, and mostly just things that no-doubt seem to just stupefy him. (Seema)

This year’s official Fringe Club is Serve Ping Pong (115 King Street East, second floor) – throughout Fringe you’ll get $5 pints with your Fringe Backer Button and nightly entertainment from karaoke, lip sync battles, board game night, trivia, and more after party fun. It’s also a great way to meet and mingle with the artists.