Angela DeMontigny is a Fashion Powerhouse

DeMontigny is a beautiful high-end boutique with one-of-a-kind suede and leather collections and accessories. It’s about to celebrate its third year on James Street North.

Although, relatively new to the scene on James, owner Angela DeMontigny is a veteran in the Canadian and international fashion world.

Angela is an Aboriginal Canadian fashion designer, whom for the past twenty years has been selling her all-leather line of clothing and accessories to boutiques throughout Europe, Canada, and the US. Her roster of customers include performers, singers, and what I’d consider “celebrities”. She’s been helping carve out a scene for Aboriginal designers and entrepreneurs, not just within Canada, but for Indigenous fashion around the globe.

When I got to talking to Angela about her passion for her work, I was blown away at the caliber, scope, and force with which she tackles her dreams to expand the fashion scene.

Just a few notches on her long list of accomplishments include, initiating and producing large scale fashion shows and galas that have provided great exposure in highlighting Aboriginal fashion and designers such as FashioNation (Toronto’s L’Oreal Fashion Week) and Aboriginal Fashion Week (Vancouver, BC, 2010 Winter Oympics). She is the co-founder of the Canadian Aboriginal Design Council, and the newly launched Ontario Fashion Exchange (OFEX). 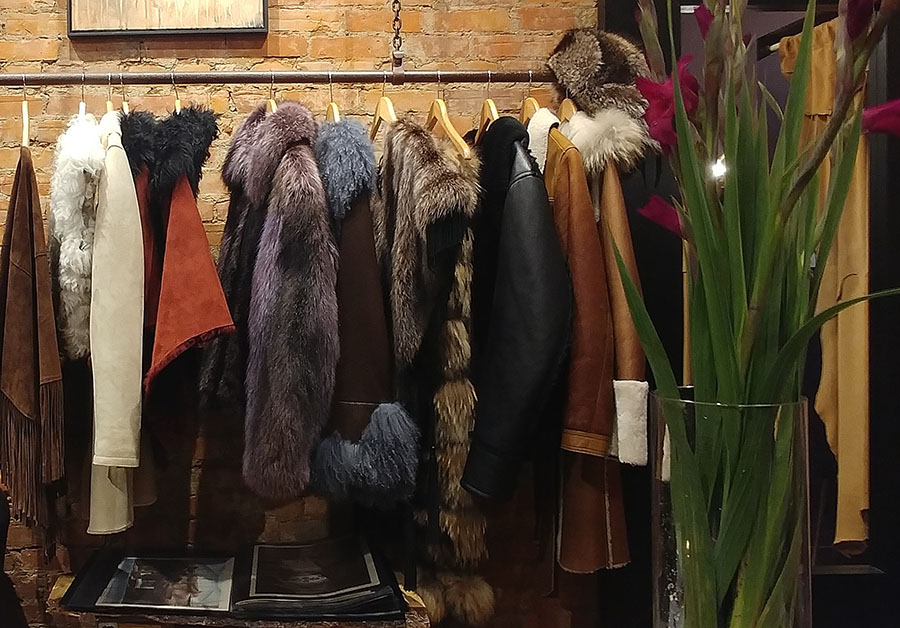 What Angela is doing with regards to fashion is still quite unique. As a result, she often lectures at universities about Indigenous fashion or as she says “fashioning reconciliation”, a term which she mentions came about when PhD student Riley Kucheran decided to write his thesis based around Angela’s work and its creation of the concept of “Indigenous luxury”.

She sees part of what she does in selling her line of fashion to be actively doing the work of truth and reconciliation. When customers come into the store, she helps people to understand more about her culture and history, and the significance of the different items she is selling. At least this way she says, people are walking away and learning something. 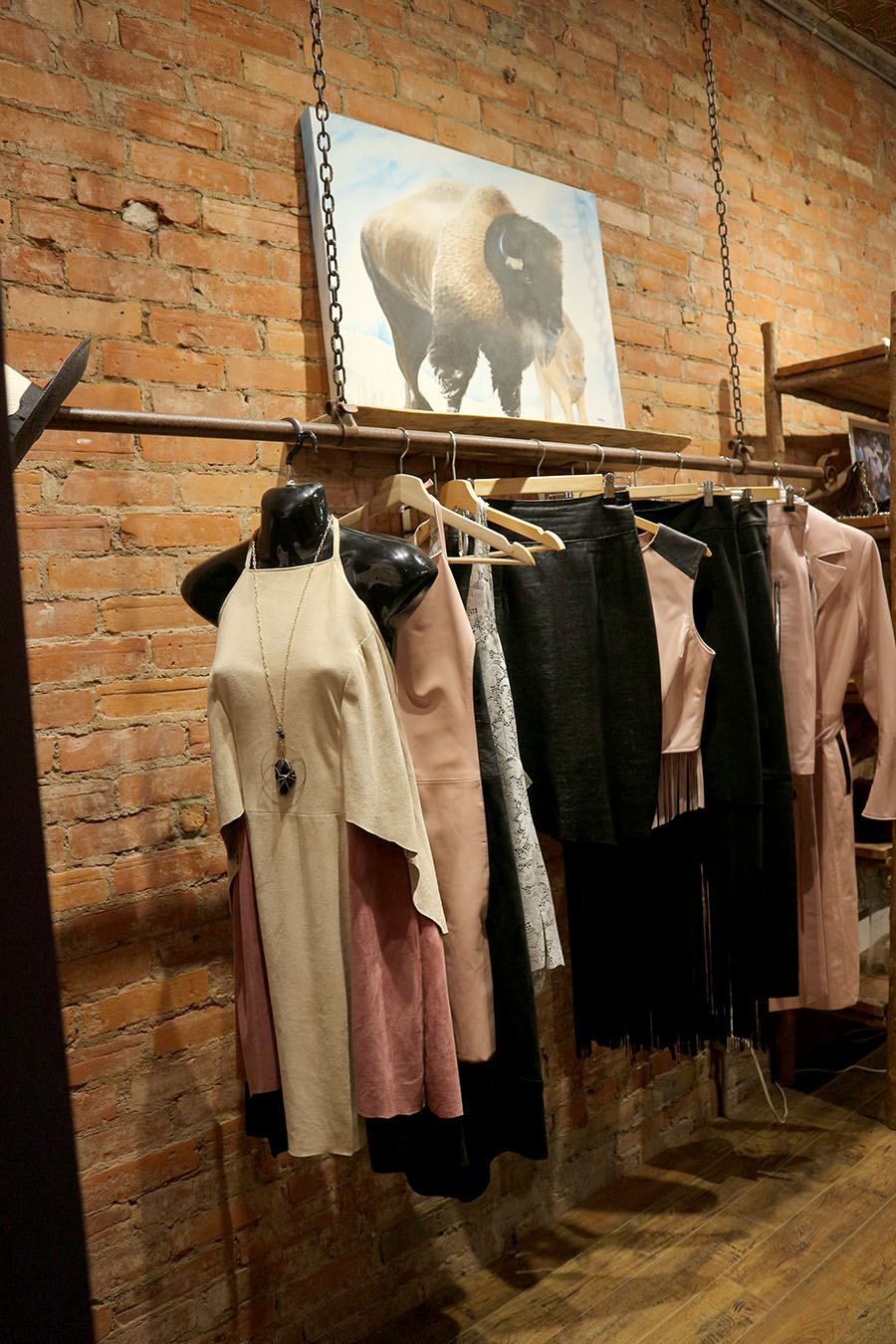 All of DeMontigny’s clothes are designed by Angela and made in Canada. Angela is currently working in partnership with Ontario colleges to develop programs that graduate skilled industrial sewers. With the rise of global manufacturing and trade Angela talked about how this particular specialized skilled labour has basically vanished. She is confident that the growing awareness of fast fashion and the shift toward locally made, is something that is on the rise. In which case, the creation and growth of a skilled labour force in textile and sewing will become something of increasing importance. 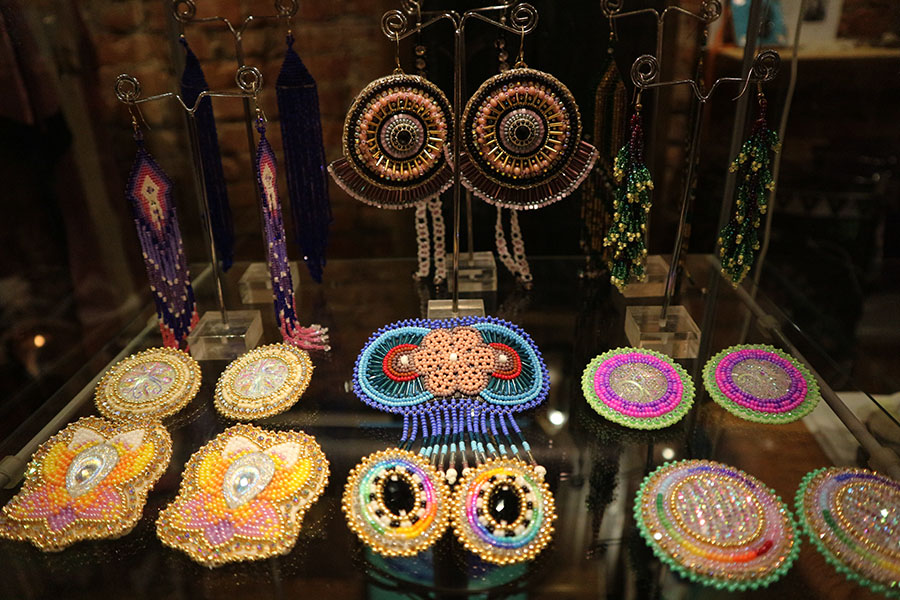 It was such a pleasure to talk with Angela DeMontigny.

Someone needs to write a biography about this amazing woman. Although, they may want to wait a little while yet… Angela says she’s just getting started.