A Trevor Garwood-Jones jewel located at the edge of Sydenham Hill in Dundas, with an incredible vista of the valley, has just been demolished. 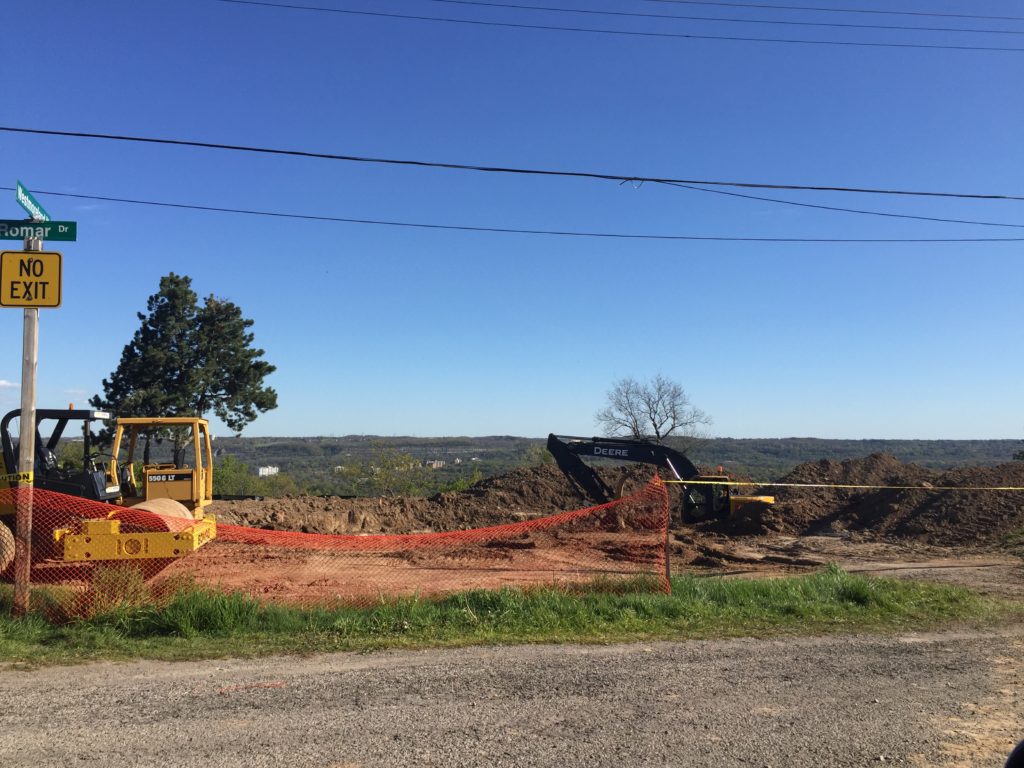 This marks a similar trend happening around Hamilton: the neglect and death of modernity. Don’t believe it? Just consider some of the latest modern buildings to fall victim to the wrecking ball: The Board Of Education, The Federal Building, Scott Park High School, Parkside High School, The Kresge Building, The Alfred U. Oakie Building, etc. The list goes on.

The Fawcett house, built in 1966, was one of a limited number of Trevor Garwood-Jones designed private residences in Hamilton. Its tranquil courtyard, barrel-vaulted roof with celestial windows, midcentury interior, and austere brick exterior were strong symbols of modernism. Now it’s just a hole in the ground with a pretty view.

We’re slowly and quietly seeing our modern architectural heritage die and it seems no one is stopping it from happening. Preserving architectural lineage matters. We can’t continue to afford to see these modern buildings disappear from our building stock.

Recently a resident of Ancaster who was selling her Joseph Singer designed home was vetting buyers to ensure they weren’t tearing it down to build a new house, which was a trend happening on her street. She wanted the assurance that the home she loved would remain loved. This is how we should approach preservation: by loving and understanding what we have.

There’s still hope, though. An example like the heritage designation (rightly so) and restoration of Stanley Roscoe’s City Hall (even though the Cherokee Marble was replaced with concrete) is a glimpse of the hope we need. A Joseph Singer office building at Main and Cline has also been converted into McMaster University student residences instead of demolition.

Numerous modern buildings are in an awkward limbo. They’re deemed old, but not old enough to be historic. If there isn’t a savior waiting in the wing, or a push for a special heritage designation, they are often seen as money pits instead of investments. We need to buck this trend by emphasizing and highlighting their importance.

This doesn’t mean all modernist architecture should be saved. There are plenty examples of terribly designed modern buildings in Hamilton. It’s just a wakeup call, especially as we see our city growing at such a rapid pace.

Let’s hope we can save other modern buildings facing an impending doom, such as Sir John A. MacDonald High School, which is currently slated for demolition, before its too late.

If we blink too long, we might just see another star disappear.