Clifford Brewing Co. opened its doors to the public this past weekend, which is news that had a lot of the people in the craft beer world buzzing with excitement. Though it’s one of the newest brick-and-mortar breweries in the city, Clifford Brewing has a lengthier local history as a contract brewer. In the post-Lakeport Hamilton brewing scene, Clifford was among the first to start brewing again, with the launch of Clifford Porter in March 2015. 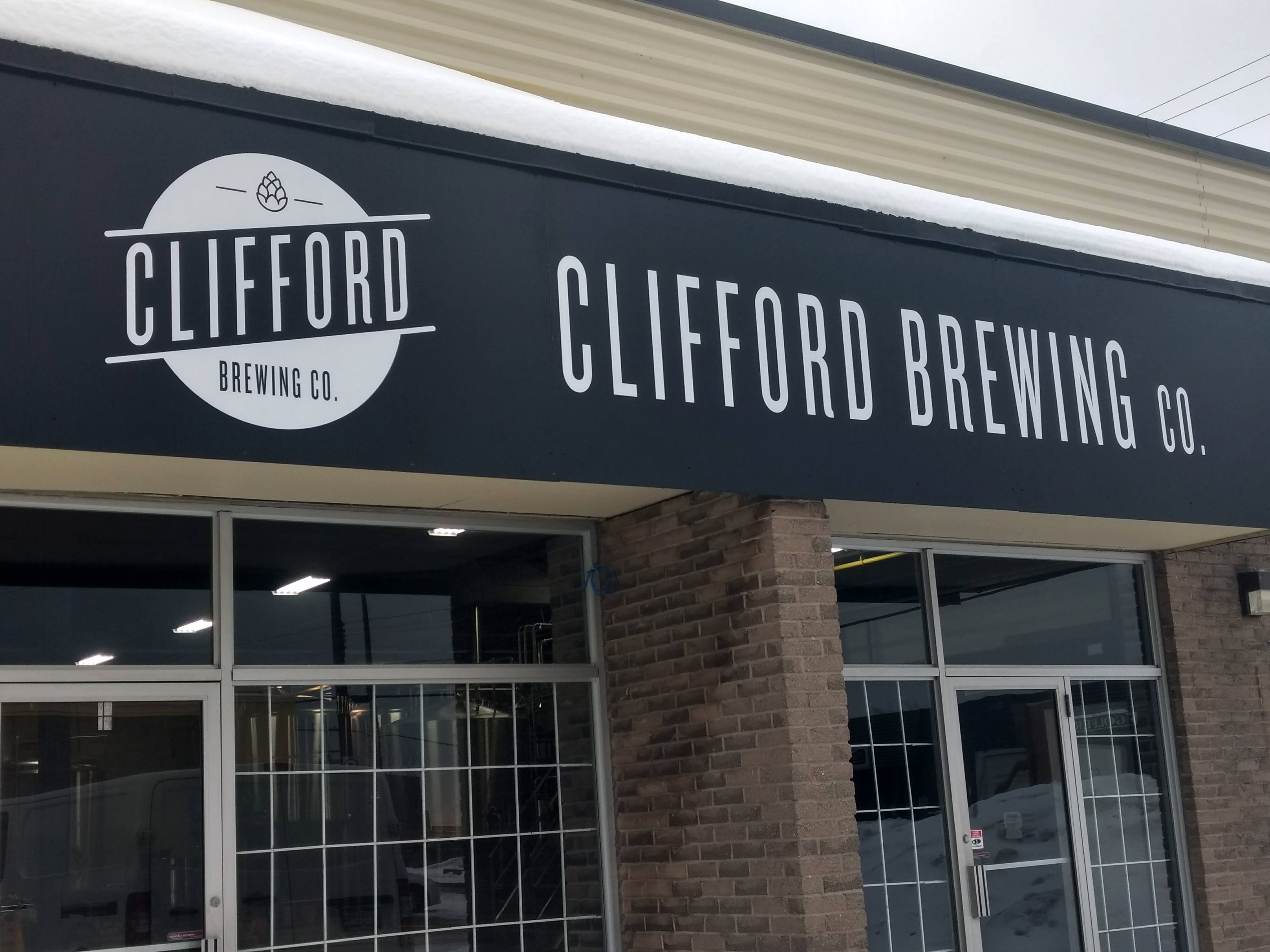 Now, the physical location is the first brewery on the eastern side of Hamilton, in an industrial area nestled beside the QEW, around the corner from Barton & Nash. The space itself is massive: 10,000 square feet in an old mattress factory that’s all cleaned up now, but still has that industrial look. About half the space is taken up with the brewing systems, with the other half the tasting room. With corrugated metal, wood, and barrels, they follow the industrial theme for a comfortable, casual place to try a beer or two. 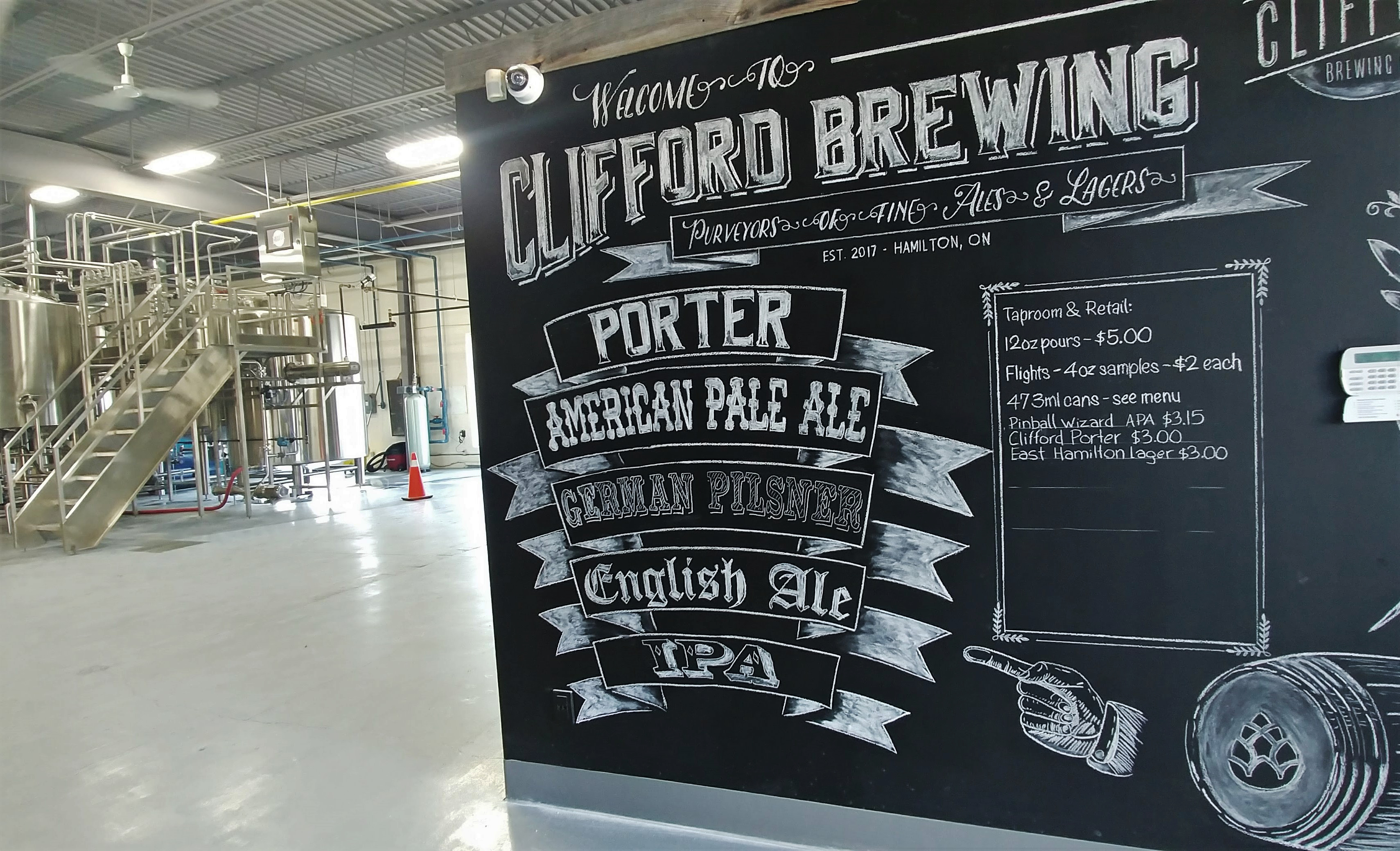 Brad Clifford, the brewer, founder, and brewery’s namesake, is well-known in craft beer circles, with multiple Ontario and Canadian Craft Beer Awards, most for Clifford Porter. Brad has a long experience in the industry before Clifford Brewing as well, from nanobrewing for Get Well Bar in Toronto to brewing with Michael Duggan of the previous Duggan’s Brewery for the Ontario Beer Co.’s 100 Mile series.

Today, the beer at Clifford is a mix of classic “old-world” styles meticulously recreated, and some more modern and inventive styles. Clifford Porter is the original mainstay, a rich, roasty, dark, and complex porter. Pinball Wizard, an American Pale Ale (APA), is another of the Clifford standards, a satisfyingly hoppy beer with a crisp, dry finish. The newest addition to the standard line-up is East Hamilton Lager, recently hitting bars around the city. It’s one of the old-world recreations, a German pilsner that tastes like one fresh out of Munich. If you’re used to Czech Pilsners, the taste is a bit more malty-sweet with a touch more spice in the hop but the finish is just as crisp as a Czech version. 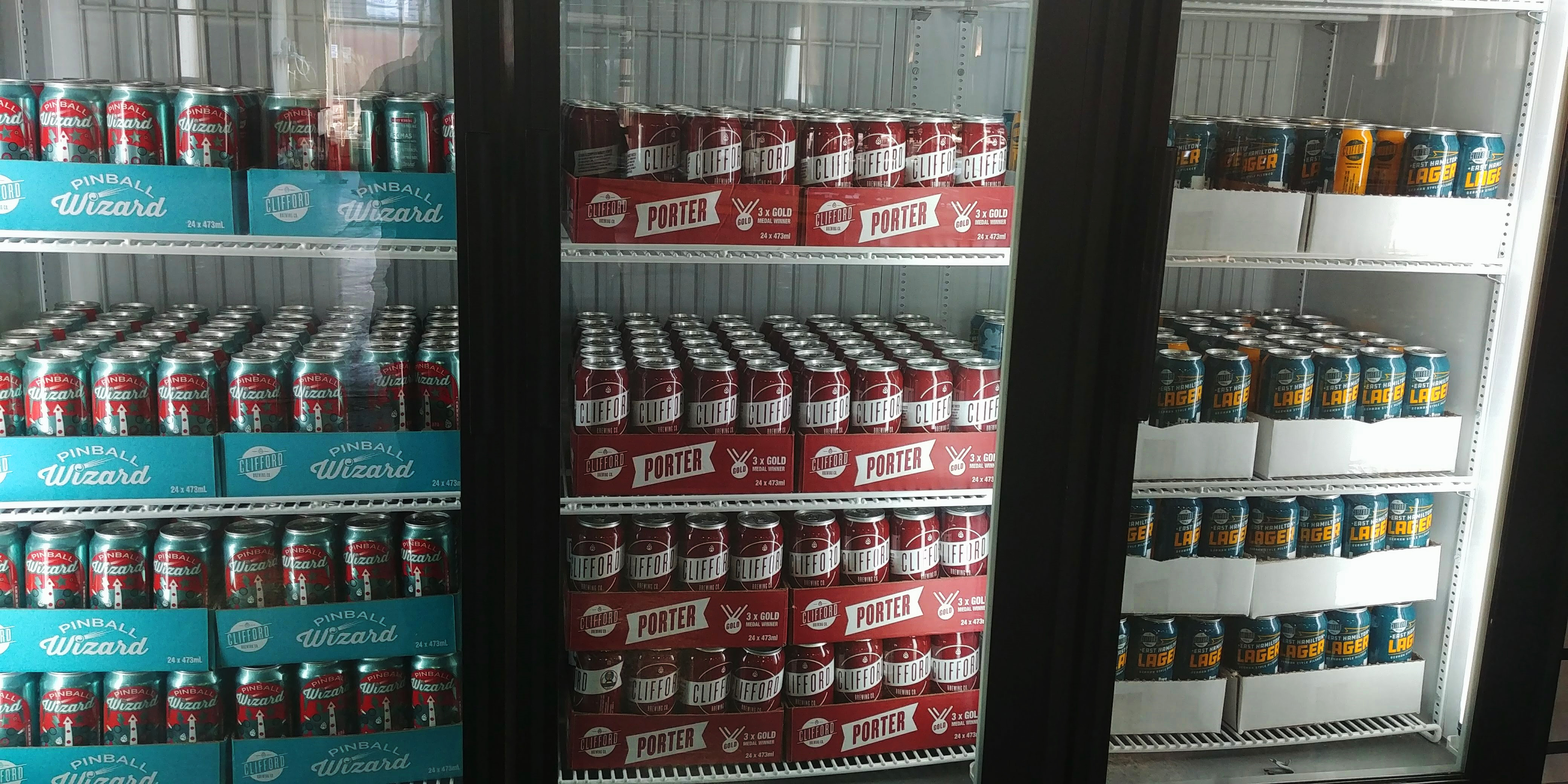 Currently, there are two new beers available at the brewery, an India Session Lager – a newer style – which is clean and crisp with a citrus blast that doesn’t overwhelm with bitterness, good for patio drinking; and the English Ale, with the toffee malt base and earthy bitterness of a classic English bitter. 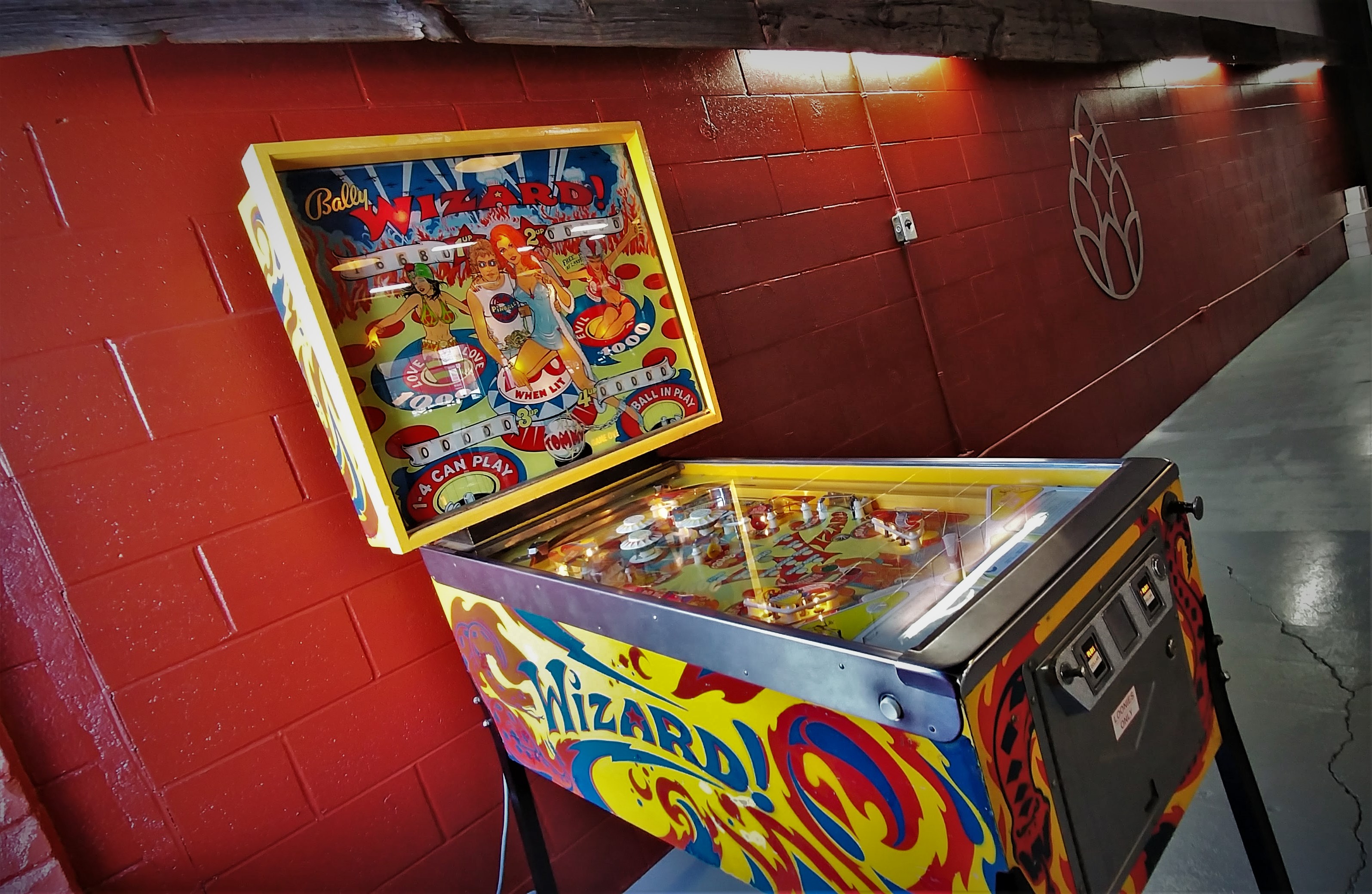 The tap room pours flights of four 4-oz samples for $8 (or $2 each), and 12-oz glasses for $5. Currently the Clifford Porter, Pinball Wizard APA, and East Hamilton Lager are available in cans to take home. There’s currently no food for sale at the brewery, so don’t come on an empty stomach. 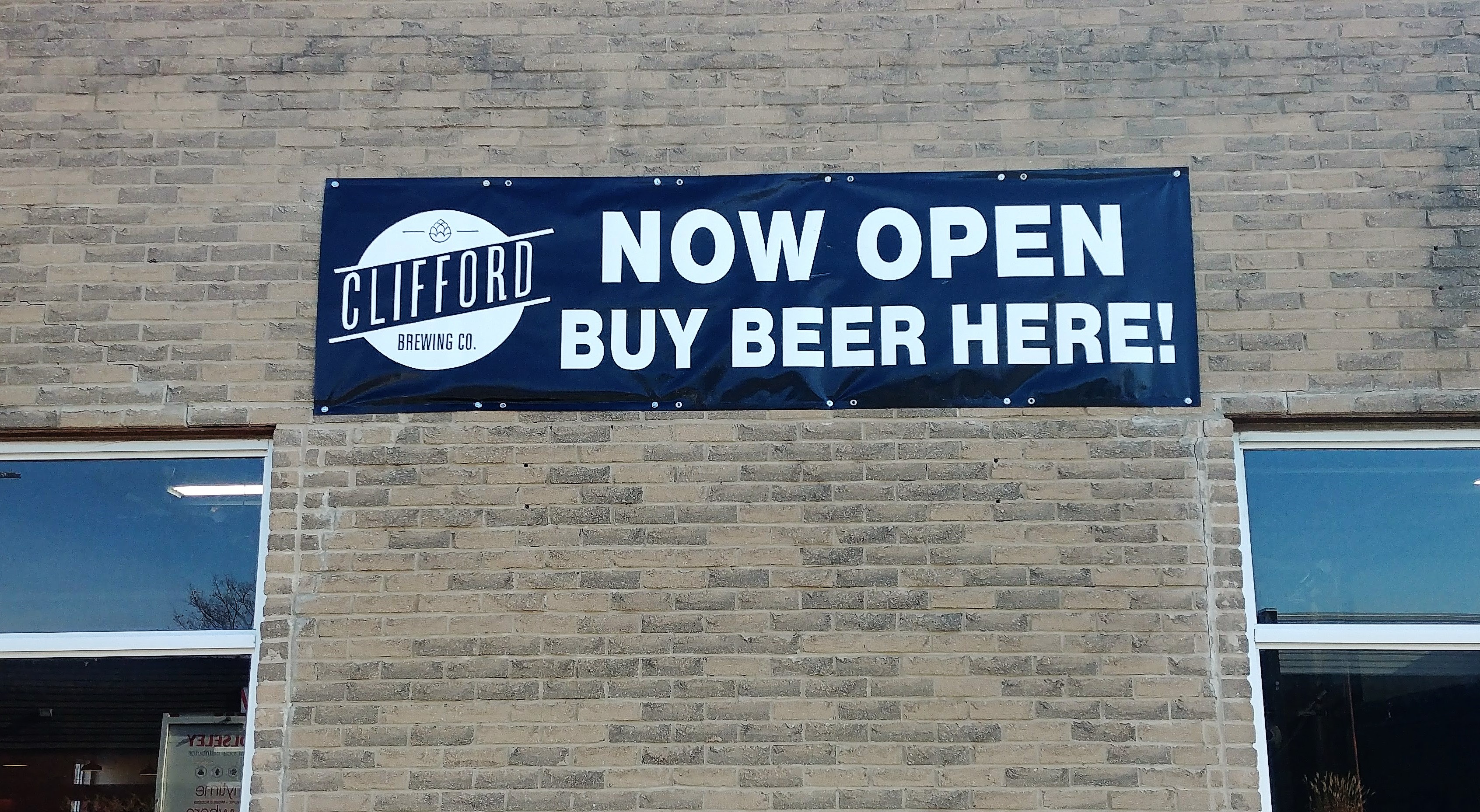 Jessica and Josh Gaber are a Hamilton couple who run the craft beer blog Hoppily Ever After. They love drinking local, and have previously been involved in beer coordination for I Heart Beer festivals and in running food & beer pairing tours.