The architecture firm of Gordon J. Hutton & William R. Souter came about because of Souter’s work with Mills & Hutton from 1910-1914. During those years Souter was a junior assistant in charge of articling. Charles Mills passed away in 1914 and Souter moved to Philadelphia to study at the University of Pennsylvania. Upon his return in 1920, Hutton & Souter began. They picked up where Mills & Hutton left off, landing several large commissions, including Christ The King Basilica and a house for Joseph Pigott.

Hutton died unexpectedly in 1942, but Souter continued to run the business until he passed away in 1971. Souter’s son kept the firm running for several years after his father had passed. Hutton & Souter produced some of Hamilton’s finest architecture. Here are just a few of their best: 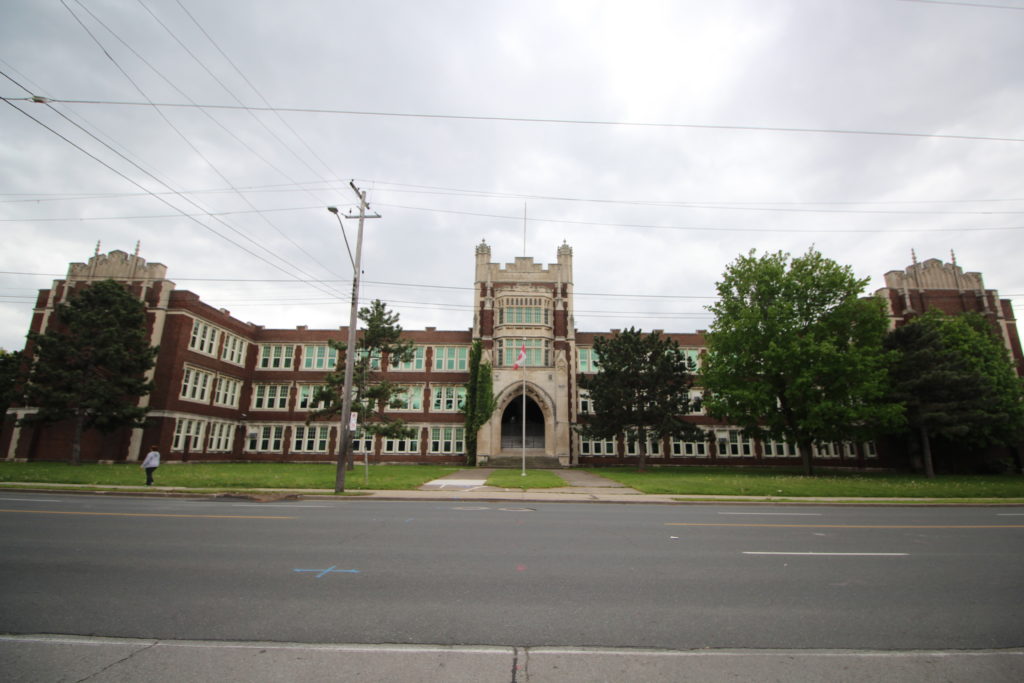 Designed in the Gothic Collegiate style, Delta High School with its vaulted entrance, marble and cast-iron staircases, and majestic auditorium, is facing closure. There is uncertainty about its future. The bones are there to retrofit the existing structure into condos, so let’s hope for the best. 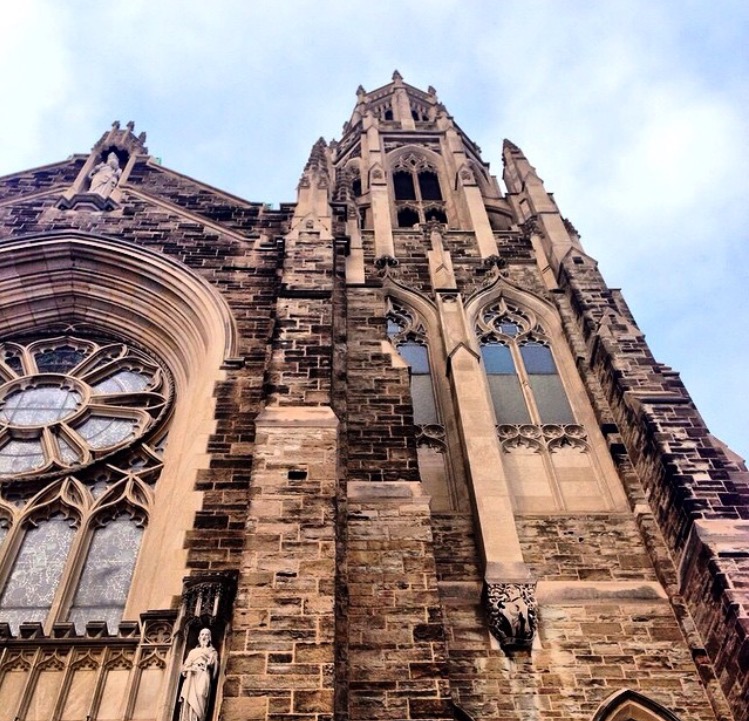 As seen on Highway 403, the prominently placed Gothic Revival Basilica is an architectural statement in Hamilton – an iconic church amongst locals and tourists alike. The church earned Souter the Benemerenti Medal from Pope Pius XI in Rome in 1933. 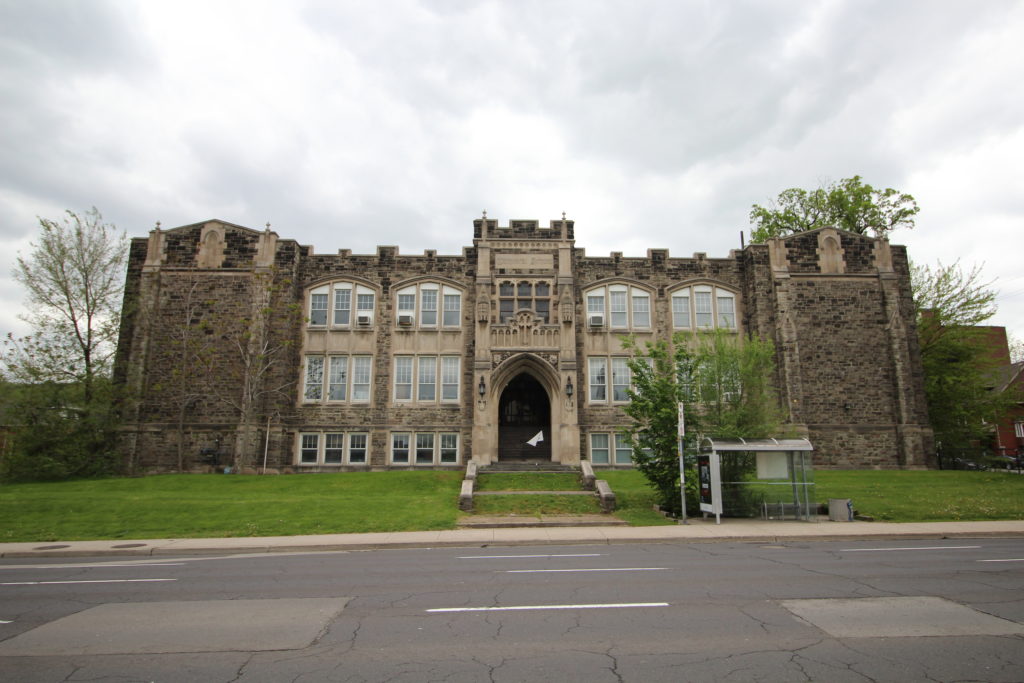 Echoing the Gothic Collegiate design of Delta Collegiate but on a smaller scale, this boys school consisted of a strong stone façade, with religious reliefs and a battlement parapet. It closed when the new John Harkness designed Cathedral High School opened at Wilson and Wellington in 1995. 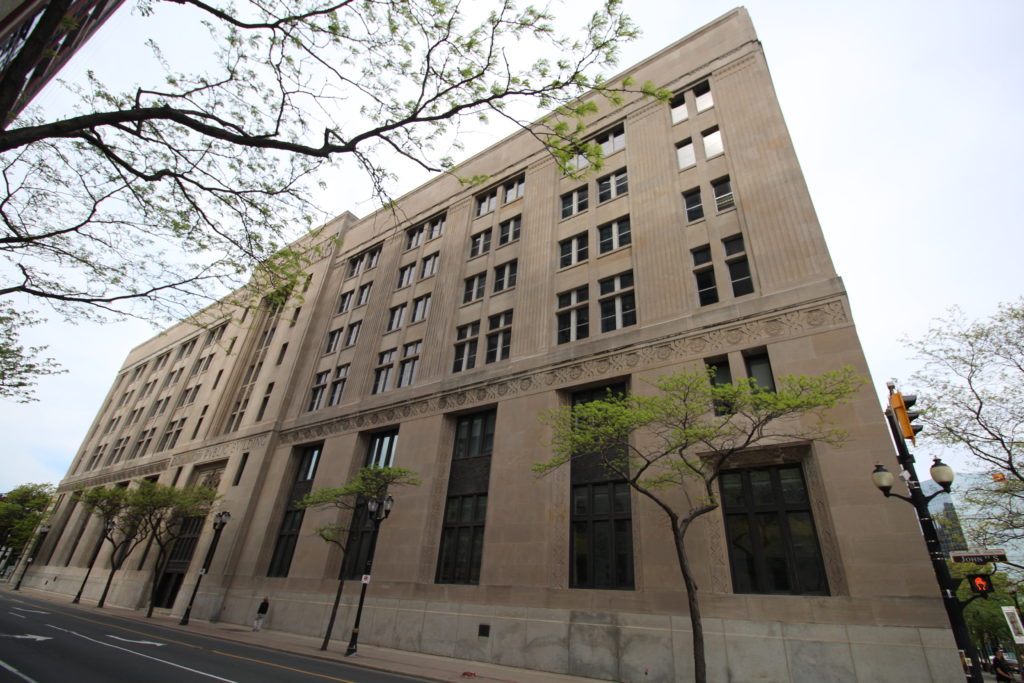 One of the grandest heritage buildings taking up a large block downtown, its beautifully detailed reliefs, rich interior, and stylish acanthus window spandrels make this one of the city’s most coveted buildings. It is now home to the John Sopinka Courthouse. 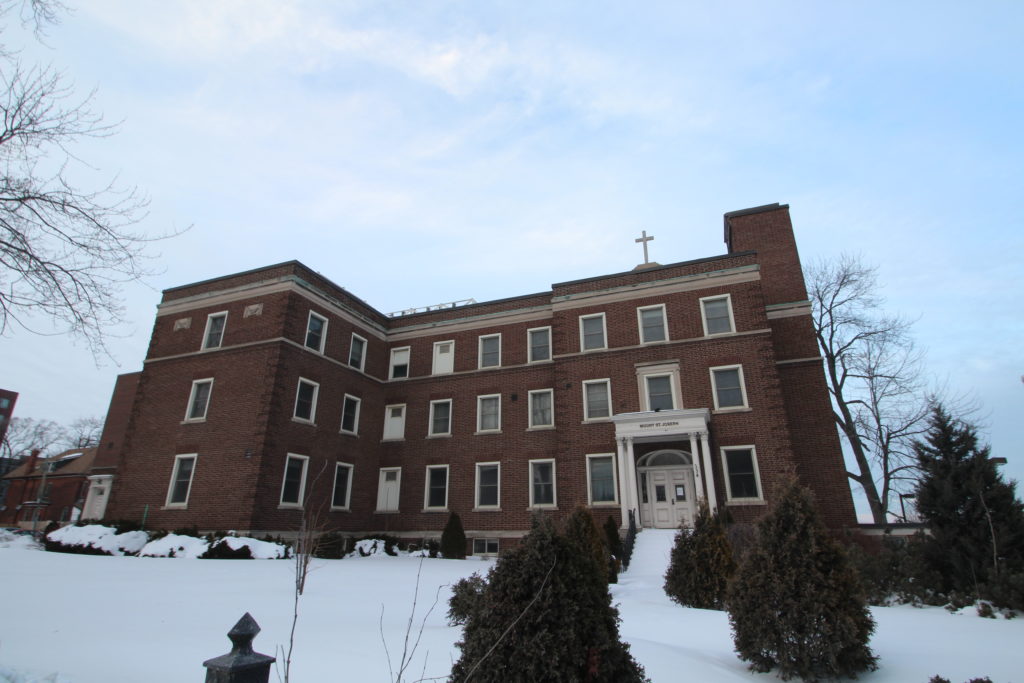 Sadly, Vrancor Group recently demolished the orphanage and it is currently an empty lot. 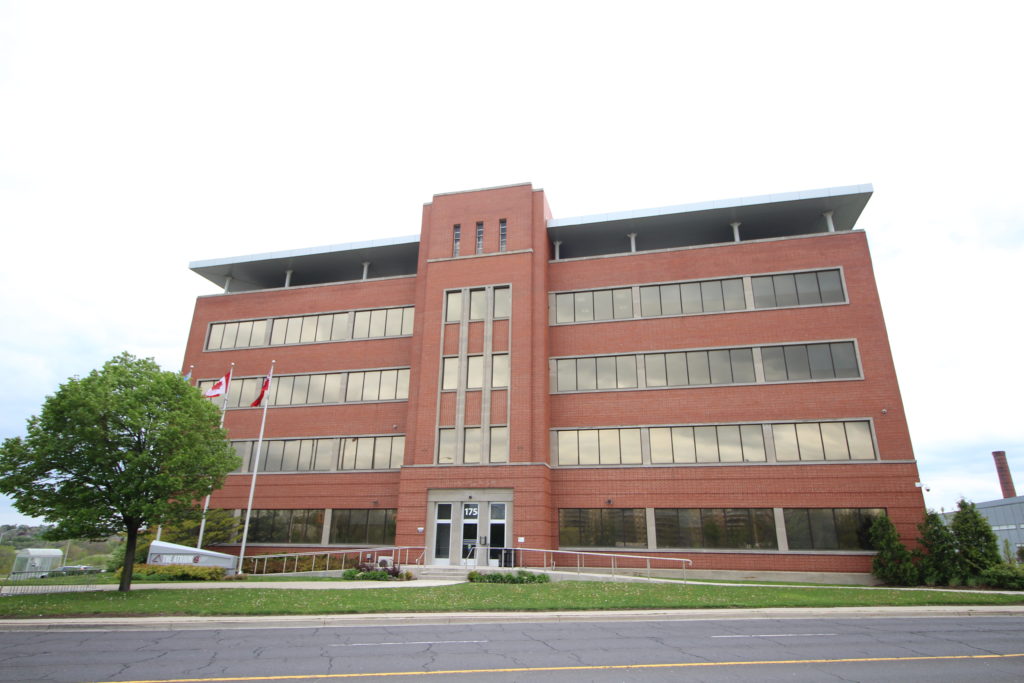 Once the Westinghouse head office, it is now the Atrium@MIP after an adaptive reuse project by Lintack Architects for McMaster University. Frank Lloyd Wright’s Larkin Office Administration Building in Buffalo inspired the new atrium design. 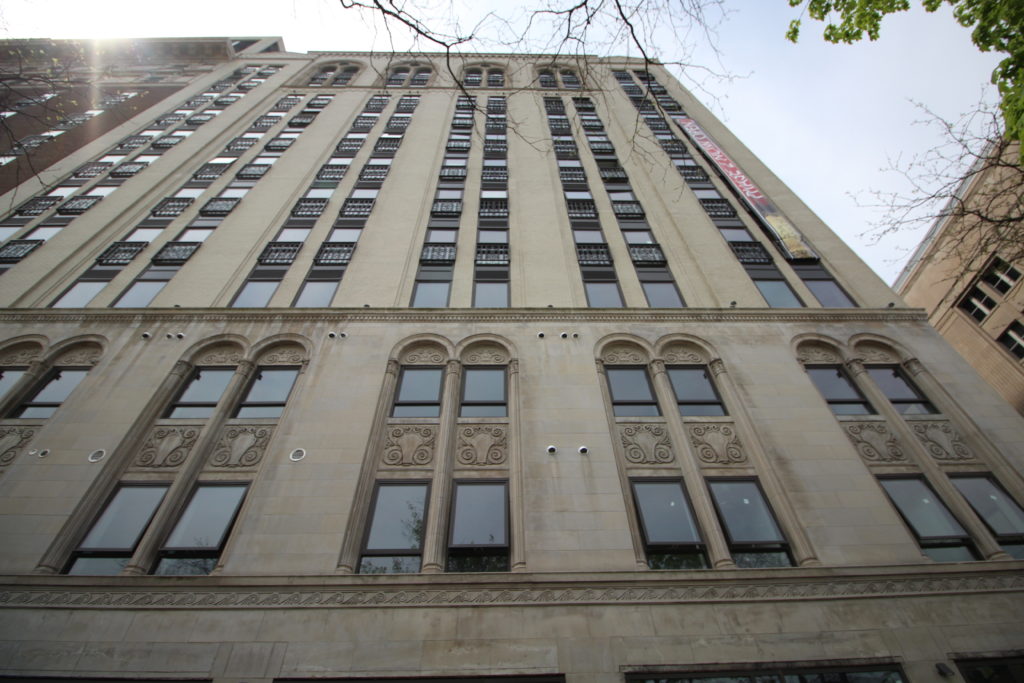 Hutton & Souter designed the adjoining neoclassical addition with 200 new rooms and ground floor retail at King and John. The old hotel is currently in the process of being reborn as condos. Sadly, it will never be the same. 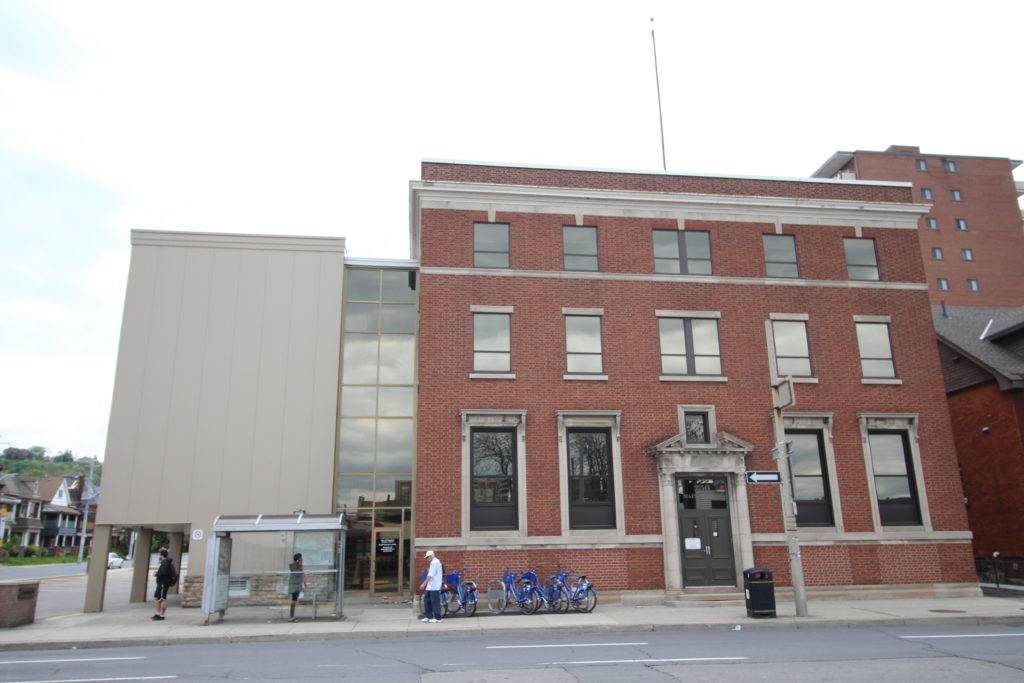 A fly-by-night piece of heritage architecture, this quiet brick building has some fine Georgian details including a broken pediment above the door and simple stone lintels. It has since seen an addition and now houses Ontario Works.

This Tudor revival house designed for construction mogul Joseph Pigott is one of their best residential designs. It was also a house of firsts, including the first house in Hamilton to have air conditioning.