This week marks the return of the annual AGH BMO World Film Festival which runs from Oct. 11th-21st. As Hamilton’s largest festival of international, independent, and Canadian film, you’ll be entertained by a number of film screenings, talks, panels, performances, and parties across the city. You may purchase single tickets, a 10-pack of tickets, or a festival pass to make the most of the whole run. Take a look at the schedule to plan your festival route.

Everyone is invited to attend the free opening party this Friday, Oct. 12th which also celebrates AGH’s Fall Exhibition Opening. The evening is inspired by Andy Warhol’s Factory – drink, dance and enjoy a special appearance of Warhol work from AGH’s permanent collection.

In honour of AGH BMO World Film Festival’s milestone 10th year, we pick 10 flicks to get you started! 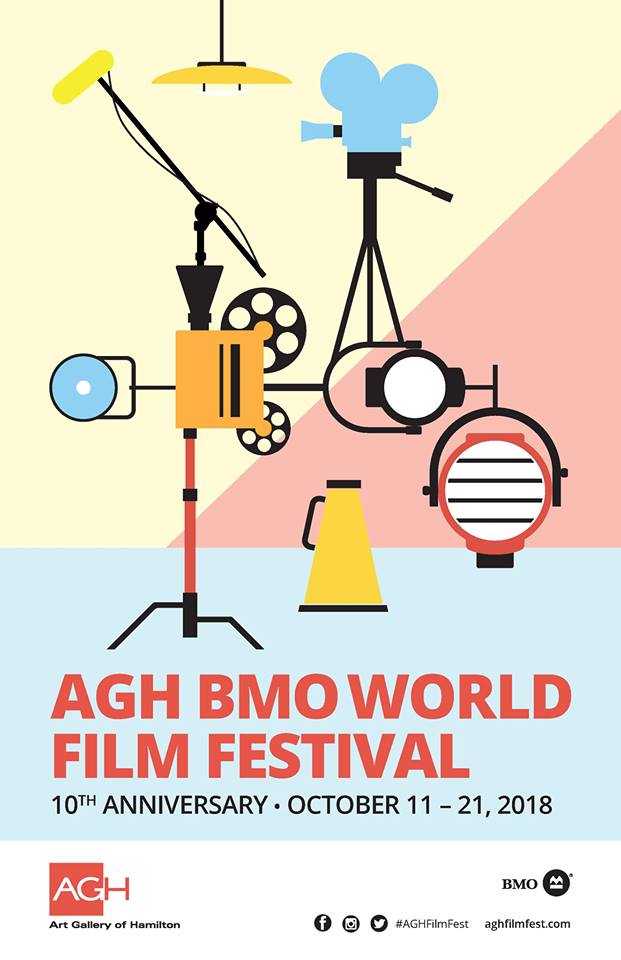 I had my fingers crossed that this one would be on the festival lineup! Bo Burnham makes his feature film directorial debut, writing and directing Eighth Grade. I’m huge fan of Bo’s clever comedy specials and knew it would translate to an intelligent and moving film. Judging by interviews and reviews, this isn’t your average coming-of-age film that can often portray glossy, picture-perfect teens, talking in a way that doesn’t really reflect that generation. The film also looks at our relationship with social media without judging or presenting answers. “It’s a prison and it’s liberating; we’re stimulated and we’re numb; we’re connected and we’re lonely,” said Burnham in a recent interview with Seth Myers. (Kristin)

Wanna feel old? Spice World was released 21 years ago. I watched it in theatres with four friends, each of us dressed as a different Spice Girl, of course. I was born for this moment to see it again! The film will not only bring about tons of nostalgia, but its humour holds up – it wasn’t just capitalizing on the manufactured girl group at the height of their popularity, but satirized pop culture and allowed the women to poke fun at their personas, not taking themselves too seriously. Vintage gurus and karaoke superstars The Eye Of Faith present the film along with an after party at Toast Wine Bar featuring karaoke and Spice Girl-inspired cocktails and wine flights. Zig-a-zig-ah! (Kristin)

At the time of its inception Brasilia was supposed the be the city of the future. A “utopia” designed by architect Oscar Niemeyer, planner Lucio Costa, and landscape architect Roberto Burle Marx, it was modelled on the modern planning ideals of Le Corbusier’s Ville Radieuse. Although the new capitol of Brazil was visually striking, it didn’t age nor grow like they had intended. This film looks like a very interesting take on what life is really like in a city that’s outgrown its design. I’m excited to see this! (Thomas)

An interesting biopic about the celebrated sculptor Auguste Rodin, his seminal work and his personal life (including his affair with his mistress of ten years). A life of struggle and celebration. This French film was nominated for the Palme d’Or at the 2018 Cannes Film Festival. (Thomas)

Elle Fanning plays Mary Shelley in this historical true story, covering Shelley’s romance with poet Percy Shelley and chronicling the weekend where she wrote the famous novel Frankenstein and how that story came to be. The film seems a little bit spooky, romantic, and like a story everyone should know. (Heather)

Ramen Shop is all about bringing family together through food. After becoming an orphan, the main character Masato decides to travel from Japan to Singapore to explore his mother’s roots, and the story of his parents. From there, he meets a Singaporean food blogger who helps him explore his culinary roots, as well as find his Grandmother. “Masato and his grandmother try to heal each other’s broken soul, and find salvation in the kitchen where the meals they cook become more than the sum of their ingredients.” For those into food, this is sure to be a hit. (Heather)

A simple description of Mandy is that it is a sci-fi revenge tale of a logger (Nicholas Cage) exacting his revenge on a band of thieves that have kidnapped his beloved wife. The real story is that this incredible film is a revelation. A violent and brutal tale of one man’s descent into hell and beyond. Director Panos Cosmatos is the first to be able to truly channel Nicholas Cage’s manic intense energy into something beautiful. This movie is like a feature length Led Zeppelin video that features saturated colours, amazing music, evil bad guys, sword forging and so much more you wouldn’t believe it. Don’t miss it. (Biljana)

Are you even a horror fan if you haven’t seen Suspiria? Here is your chance to fix that.
This ’70’s ballet hellscape that defined a style is one of the most unique and unsettling films that you can find. Ballet student Suzy Bannion arrives at a prestigious dance academy only to be plagued by moody and spooky things as students start to die. Knowing any more than this would ruin the surprise of what is actually happening at the academy. This film is stylish and sexy and beautifully choreographed. Suspiria is being remade and released soon and you really ought to see the original. (Biljana)

Premiering at Sundance and taking home the prestigious Grand Jury prize, The Miseducation of Cameron Post stars Chloë Grace Moretz as a teen sent to gay-conversion therapy to eliminate her same-sex desires. Directed by Deriree Akhavan it’s a coming-of-age story in which Cameron, for the first time, connects with others like her, finally giving her “a chance to see herself reflect in the world.” Called “poignant, witty, defiant,” it’s the AGH World Film Festival pick that I’m most excited to see this year. (Jessica) 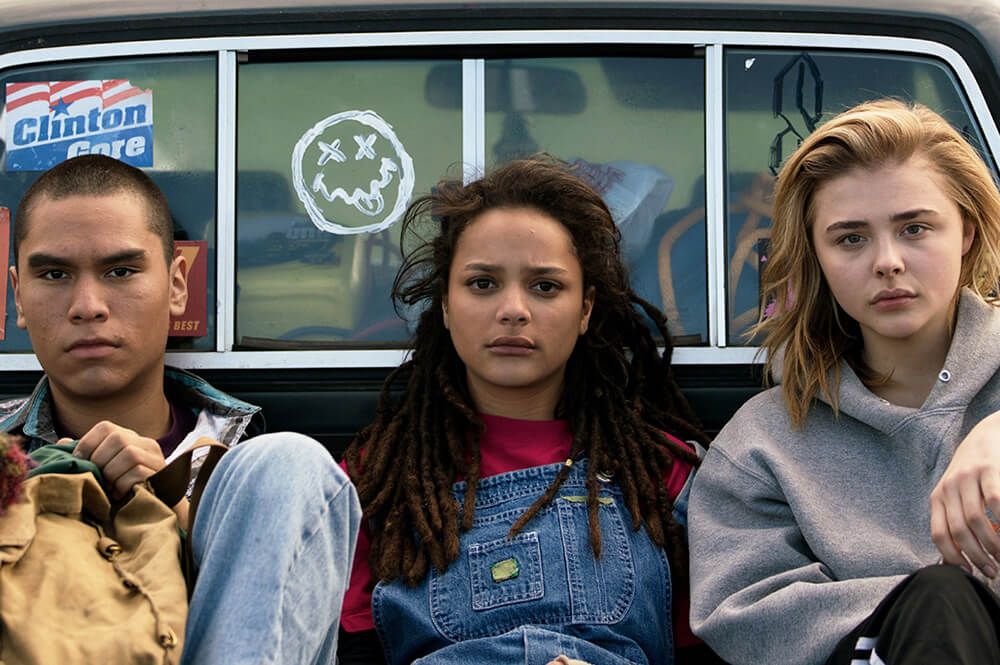 Those Who Come, Will Hear, a documentary by Simon Plouffe, and presented in a number of Indigenous languages with English subtitles, reasons that “simple activities such as singing hymns at church, hosting a radio show, or teaching children can become radical acts of language revitalization and decolonization.” It’s a crucial film at a time when Canada’s many Indigenous languages are at risk of disappearing and our country’s commitment to truth and reconciliation is more important than ever. Screening on Friday, October 19, Those Who Come, Will Hear, will feature a panel discussion following the film. (Jessica) 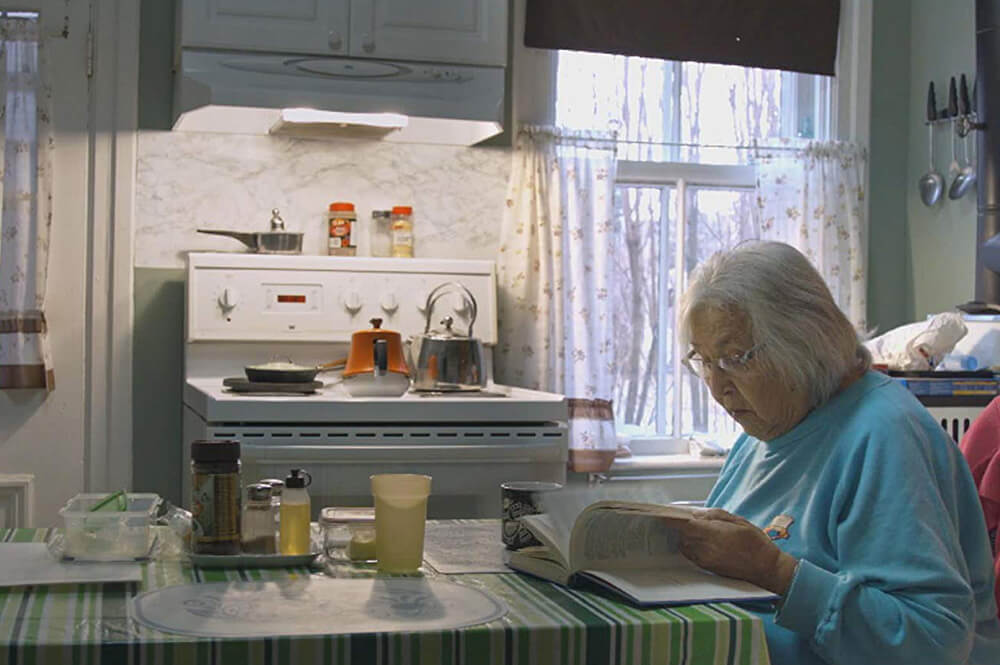